Let me state from the start. I don't believe there is a war on our roads. I don't believe that most drivers are out to get us. Yes there are some idiots which we've all experienced but in reality it's just there are a lot of  bad drivers. Cycling on the road can be terrifying but if you're going out with that mindset then you're not going to be enjoying yourself so why do it?. It helps to make yourself seen and make your intentions clear. The Indik8a is a system designed to help when it comes to making changes in direction.

What they say at Indik8a

This clever hand light takes indicating to a new level. Lightweight and easy to use, Indik8a lets you signal with certainty, with one press of your thumb.

Before I start I'm going to set out my position. Last time I was testing a cycling indicator light I crashed, and crashed badly so when I was asked to review the Indik8a I wasn't overly keen. Still I'm nothing if not brave so I agreed eventually.

Coming a hard sidied carry case, it's obvious that the Indik8a is a well made piece of kit. With a USB charging cable (c-type) that splits, allowing you to charge both units at once. Actually having 2 units is a good thing. Previously a lot of this type of thing was a single unit. I suppose turning right takes you across the traffic but if you're changing lane you'd need one on the left hand as well. Kudos to Indik8a for realising this. 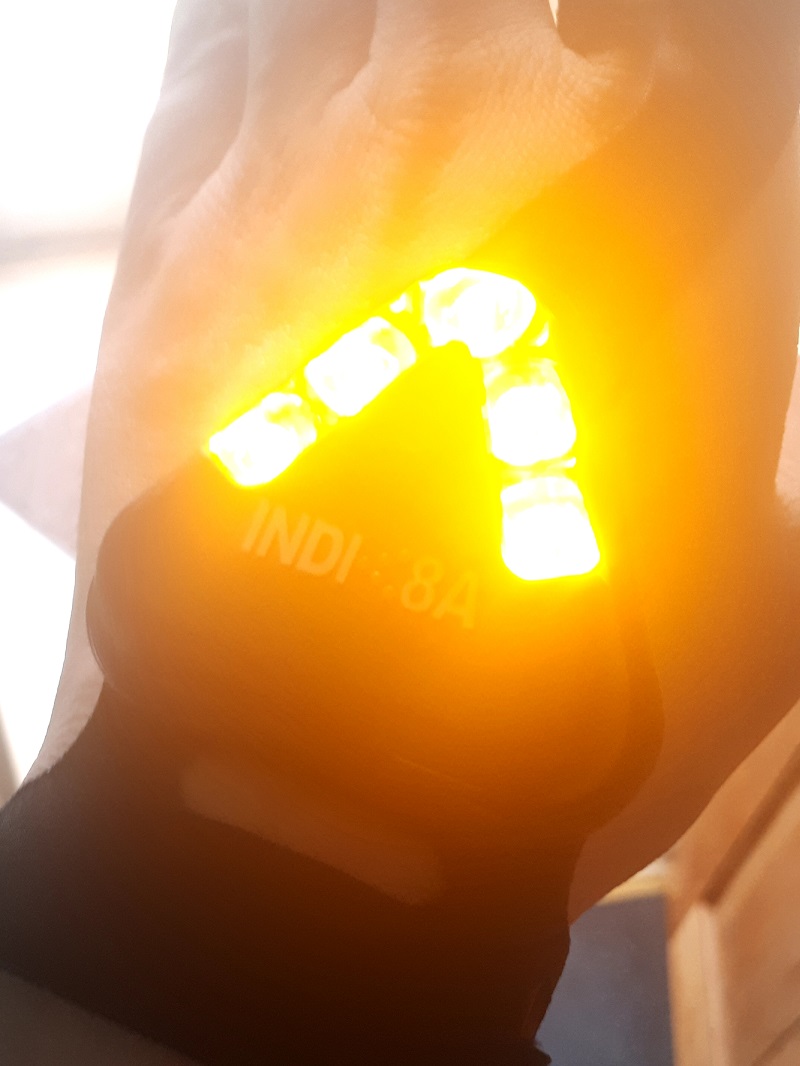 Easy to set up the units have individual wrist straps and units clearly marked. They're operated by a simple button press between finger and thumb. A nice simple solution. On the bike this is really easy to use and eases one of my major concerns that operating could be a distraction.

Indik8a claim that a fully charged unit can produce 330 indications, or 2 weeks if turning 47 times a day, with the unit having a time out of 28 seconds. That is seriously impressive especially as it throws out 257 lumens. I've never actually had to charge mine since opening and they still work after 12 or so rides. The downside of this at least for me is it's so easy to forget and they'll run out mid ride. But to be fair I can't really blame Indik8a for my inherent numptiness. 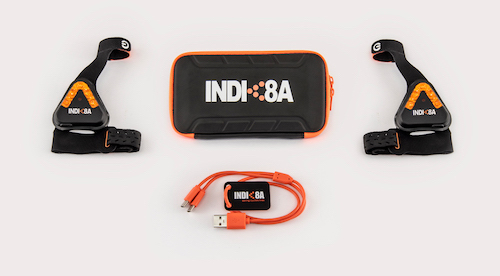 The units vibrate whilst operating to remind you. This I really didn't like. Maybe I'm a little nervous these days but I found this distracting and honestly a little stressful. Instead on concentrating on the turn and other road users I was concerned with making sure I turned the unit off. A simple enough job but still not something that's needed. Whilst the Indik8a is light and the straps relatively comfortable I was always aware that it was there and what's my mantra again? The mark of good kit is that you don't notice it. It felt better on flat bars but riding drops, no it just didn't work for me.

I'm only going to touch slightly on if the Indik8a is actually solving a problem that doesn't need solving. Personally I think clear signals don't need extra lights. I want my hands off the bars for the minimal amount of time and the Indik8a just complicates matters. I don't like the wrist straps and they'd really annoy on long rides and that vibration is stressful. However I don't commute in a big city with it's heavy traffic. My road riding generally takes me to the mountains and commuting I actually have a decent off road facility. Which is nice. 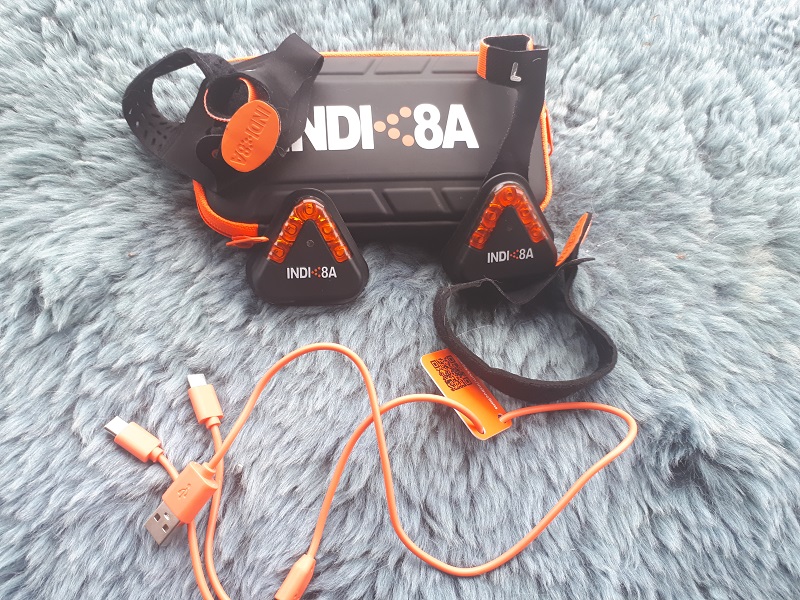 I can see the Indik8a being useful for the short distance commuter or those that are nervous, giving just that little bit extra confidence. Compared to previous ideas this is a breakthrough, it's extremely well built and relatively simple to use. It's long use time from a charge and  at £35 it's economical. It even looks half decent. Well as much as indicator unit can be.

I don't think your mamil or hardcore rider is going to use the Indik8a. I can see a lot of units being used a few times then forgotten about but for those that feel they'd like a little extra visibility give them a go. They certainly won't be using much electric.

Further details can be found.

More in this category: « Leki Micro Vario Carbon walking poles tested and reviewed
back to top