The Coast to Coast route stretching from St Bees in Cumbria to Robin Hoods Bay in the North York Moors National Park will become a new National Trail, it was announced today (12 August).

Remco Graas grew up in the Netherlands, far far away from the mountains. While growing up his family spent many holidays in the Alps and they went on numerous hikes. Remco didn’t enjoy these hikes on dusty hot trails without entertainment. He was always happy to return home so he could swim in the pool or play on his Game-Boy. 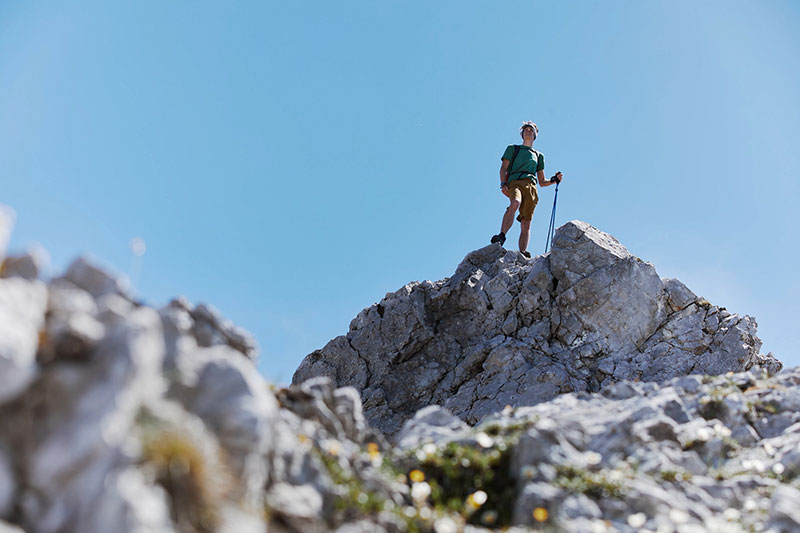 Everything changed on Remco’s last family trip to the Alps. In his head something just snapped and suddenly he enjoyed the mountains. But then the family didn’t go to the mountains anymore and he started to join summer camps in the Alps. At first, he had a classical approach with a big backpack and heavy mountain boots. Eventually, however, he was Inspired by great alpinists like Ueli Steck, and realized that with more training he could also go faster. As he spent more and more time in the mountains, he began to move easily through the terrain and could strip down the equipment to a minimum.

Step by step the mountains became the central pillar of his life and the idea of climbing all 4000’ers in the Alps grew in his head. He’s well on the way now but not in a rush and just wants to enjoy the remaining peaks to the fullest. In 2017 he moved to Innsbruck so he could immerse himself in his passion for mountains and work at Black Diamond Equipment. On his daily bike rides to the BD office, he would look up at the Nordkette ridgdeline. 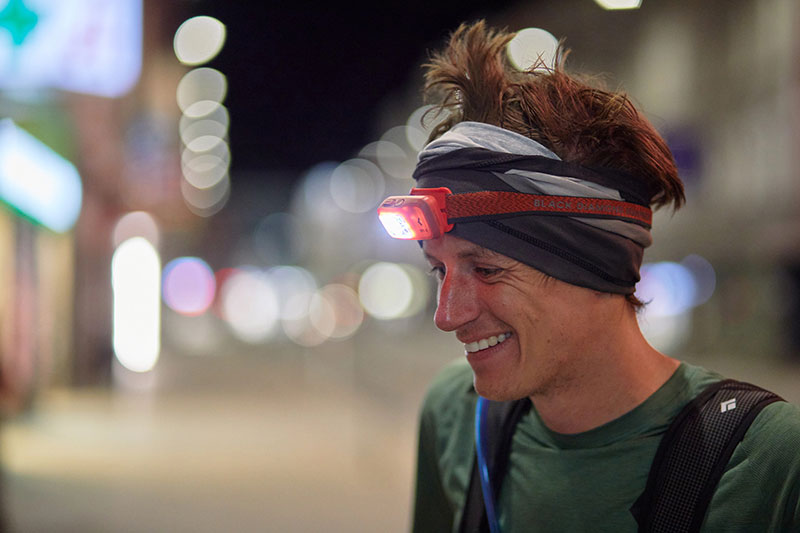 Traversing the whole ridge on a nice Sunday? Sounds like a fun day out, he thought.

Saturday night at 2:00 a.m. Remco leaves the house. The city never sleeps; bars are open, people are having nice parties, he hears the music. His party, however, is planned with mother nature. Remco rides toward the forest, leaves the bike hidden behind a tree and starts his ascent.

Sunrise at the summit of Brandjochkreuz would be nice, he thinks.

As he ascends higher and higher, the sounds of the city fade and the sun starts to rise as he approaches the first peak of the day. During the day he scales scenic trails, rugged cirques, via ferratas, meets tourists and animals—always following the ridgeline.

I can almost see my girlfriend having a coffee on our balcony, he thinks while taking in the exposure. It’s so cool to have places like this right in the backyard.

After 33 kilometers, 19 peaks and 3,800 vertical meters, Remco reaches the valley floor. As he steps onto the bus he looks back at the ridgeline and smiles.

Step by step Remco made the mountains his own. Step by step, that is his approach to life.

Published in Climbing & Mountaineering
Tagged under
Be the first to comment!
Read more...
Tuesday, 09 August 2022 14:45

Trekitt, the UK outdoor retailer famed for its bespoke advice on all things outdoor is taking skin protection to another level this summer with its extensive range of Royal Robbins outdoor apparel.  An effective shield from bitey insects and beaming sunshine the Bug Barrier™ clothing is perfect for tackling hot conditions and exposed routes during the summer.

How it works
The Royal Robbins Bug Barrier™ collection uses Insect Shield® technology which is bonded to the fabric.  This prevents bitey insects like mosquitoes and ticks from penetrating your skin yet preserves the intrinsic qualities of the fabric like comfort and functionality.  The range comprises an extensive collection of apparel from top to toe (hats, shirts, tees, trousers and socks). 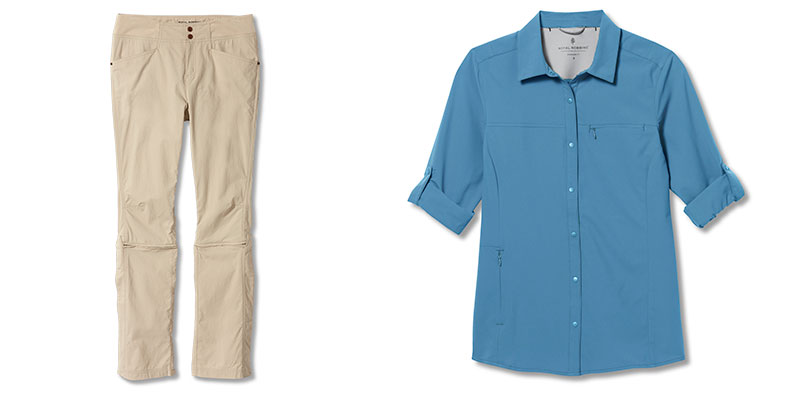 Don’t want to fork out for new clothing?  Trekitt recommends the following to keep your skin bite-free this summer:

A journey of meaning

In a little over three weeks, I’ll be stood on a railway platform in Cheshire waiting for a train and the start of an 8000km adventure. Over the following 18 days I’ll be taking the trip of a lifetime through the French and Swiss Alps before heading north through Germany, Denmark and Sweden to Norway’s Arctic Circle and the Lofoten Islands. Unlike any trip I’ve undertaken in the past, though, this one will rely entirely on train, bus and ferry. 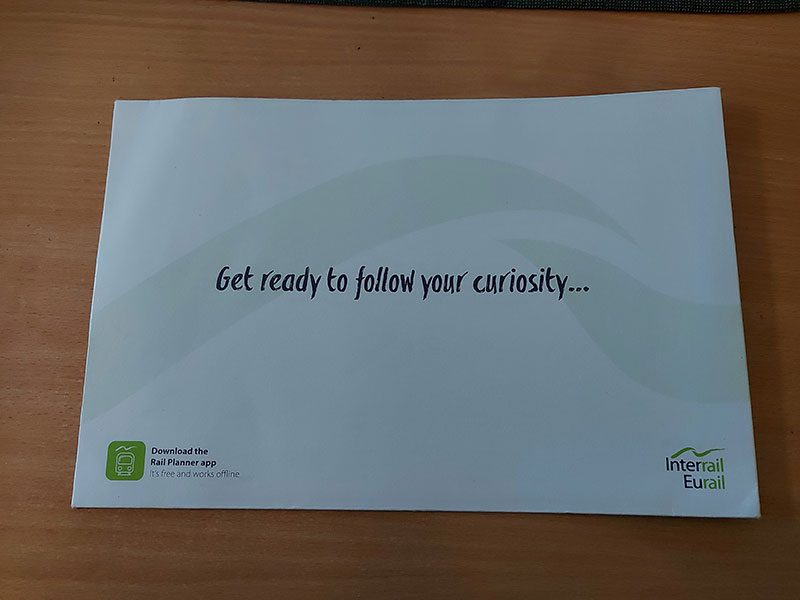 As a child I had no expectation of international travel, it was something exclusively available to the rich. In the days before Freddy Laker the best I could hope for was a day trip to France with the long-gone British Visitors Passport or possibly, one day, a one-year passport from the Post Office. As I come to the end of my travel days, however, society has changed and international travel has become something of an entitlement to the majority of Brits. From sun-soaked siestas on the Costas to Gap Years backpacking Asia and South America there’s an expectation of travel from childhood onwards.

It may be down to the lack of such expectation in my formative years or it may be some intangible impact of maturity but for me travel has always been a privilege. Travel with adventure, even more so, and I’ve been fortunate to travel on a regular basis over the last four decades. I’ve never done the traditional holiday, travel has always been linked to adventure and with adventure comes responsibility. Whether it’s crossing the Rockies from L.A. to Denver in Winter or Paragliding the Chamonix and Zermatt valleys there’s always been an element of purpose. But now, as I start my sixty-second year the time has come to call a halt to my travels. 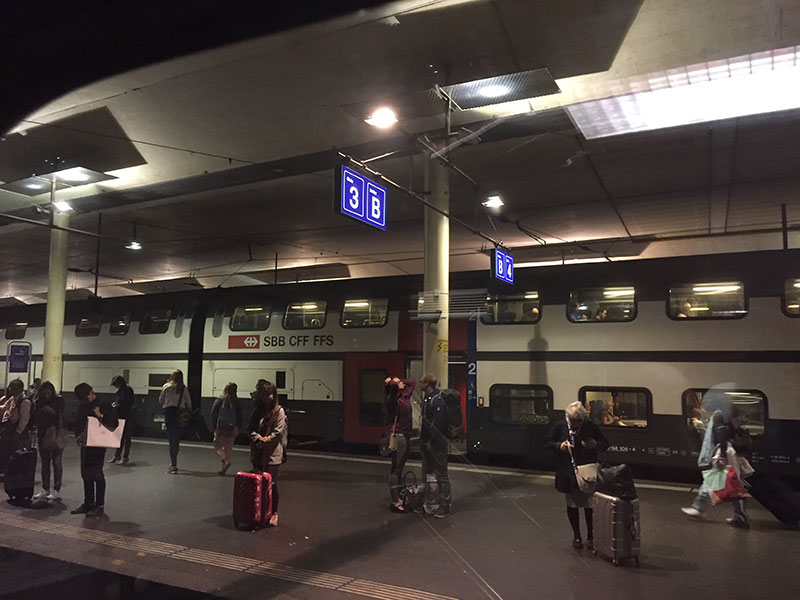 I’ve done enough travelling for one person. Not because I’m tired of it, but because the planet is tired of it. In the late 80’s I was among the first batch of students in the UK to gain a degree in Environmental Science and thirty plus years on it’s high time I acted on the lessons I learned. The dilemma is balancing the benefits of travel with the costs to our future.

Put simply, our planet cannot sustain the unregulated use of fossil fuels and flying is one of the main offenders along with petrol and diesel based transport. On the other hand, there’s no doubt that travel not only broadens the mind but has brought enormous benefits to society. For me the balance comes down to relevance. At sixty-one I’ve had my share of the benefits, I’ve broadened my mind and my experiences and I’ve lived a life I couldn’t even imagine as a child. Now my job is to enable others to do the same; but young people and responsibly. It’s the young who will benefit most from travel and adventure, and the young people who will inherit the planet we leave them. 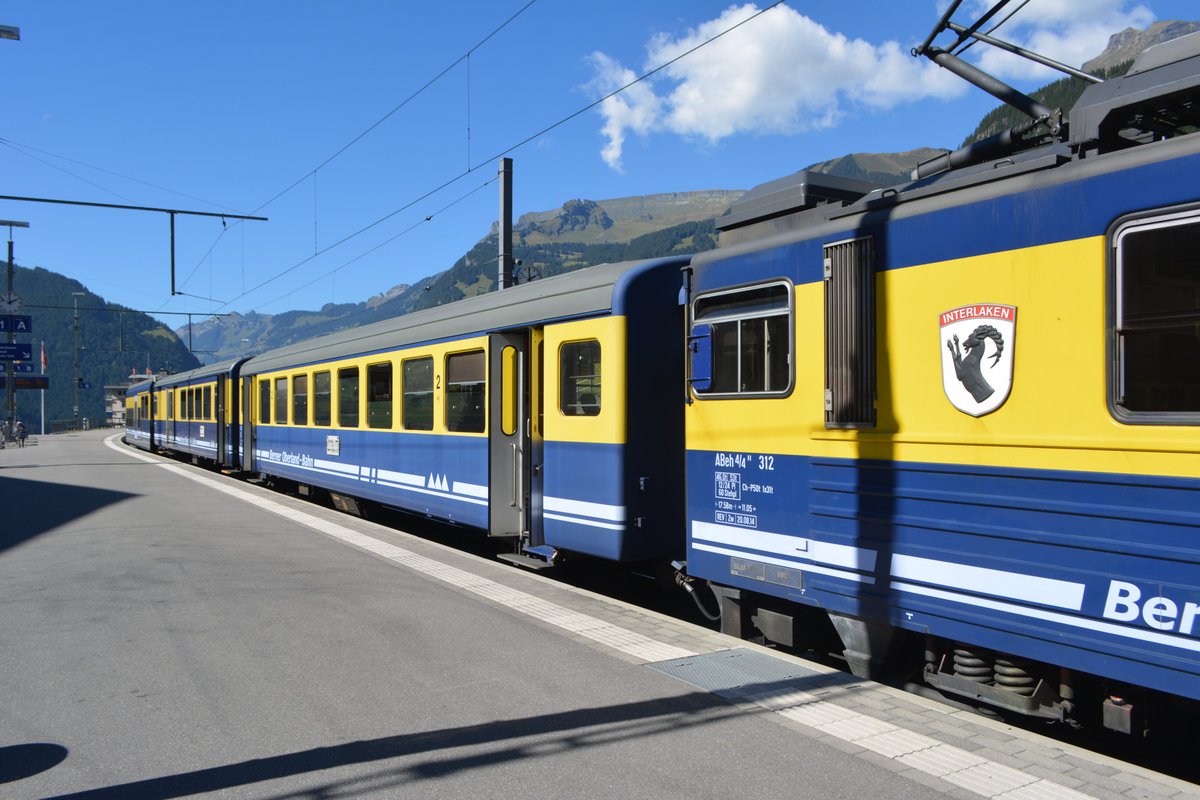 By train through the Alps

Two and a half years ago I gave up driving, ditching car and van ownership for public transport, and switched to a sustainable energy provider, but as long as I continued flying it was little more than a symbolic gesture. Throw in a healthy dose of 21st Century consumerism and I’ve been taking more from the planet than my share. So this upcoming trip will be different.

The primary principles behind the trip are sustainability and education. Over the years I’ve built up a degree of influence in the outdoor industry and I have a responsibility to future generations to lead by example. I want the following generations to experience what I’ve experienced, but without change it’s a doomed hope. Travel and adventure have to become more responsible, losing the reliance on flying and using up resources. And so my last big trip will forgo planes but take the slow-route of trains, buses and ferries.

As with any trip of this nature there are kit requirements. Where possible I’m using kit I already own but where I need new I’m also aware of the environmental impact of constantly buying new products so I’m choosing to use either 2nd hand kit where possible or if new insisting that at least 50% of the components are recycled. Thanks to assistance from Vango, Rab, Lowe Alpine and Big Agnes and East River PR I’ve managed this with the big items, with a tent from Camping Recycled by Vango and the rucksack, sleeping bag and insulated mat all meeting these environmental requirements. 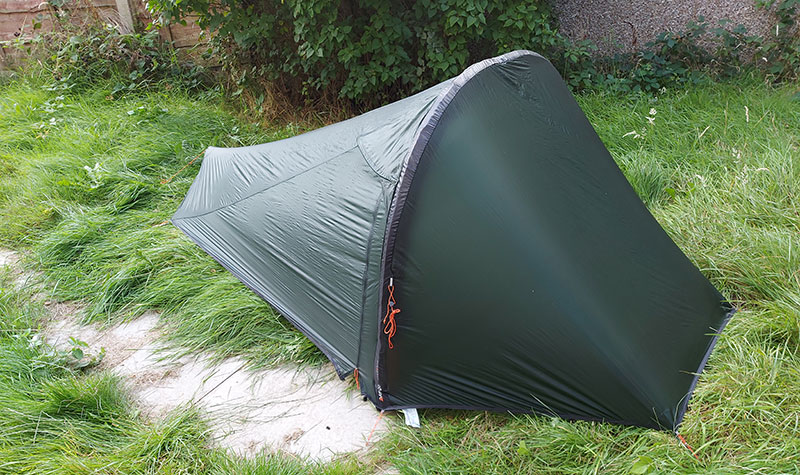 The trip will see me leave Cheshire early in the morning of 1st September and by evening I’ll be in Geneva, via London, Eurostar, and Paris. Over the next 8 days I’ll be visiting Zermatt, Interlaken and the Jungfrau region, and Lugano before heading north via Zurich, Hanover, Copenhagen, Gothenburg, Oslo and Trondheim in a series of mammoth train rides to arrive in Fauste in Norway. From there I transfer to buses first to Narvik and the Arctic then on to a series of wild camps in Lofoten for a week. The return will see me board a ferry in Moskenes to Bodo before rejoining the trains to Trondheim and home via Oslo, Gothenburg, Malmo, Hamburg and Zurich before 5 days camping in the Chamonix valley. A month after setting off I’ll be back on Eurostar from Paris to London and the final journey home to Cheshire.

It's an epic journey, made possible by the Interrail tickets and a favourable deal that’s seen me benefit from “Senior” prices and a 50% off sale as Interrail celebrates its 50th birthday. Along the way I’ll be walking, zip-lining, camping, paragliding and with luck finally ticking off my ambition to see the Northern Lights in person. The logistics have been a nightmare, with 32 separate train journeys alone, but more of that, and a kit list for a month weighing in at 12kg, to come over the next few days and weeks. The plan is to post updates using photos, drone and video footage and words along the way.

New to Osprey this Spring 22, the limited-edition Talon Earth 22 is designed with versatility and sustainability at the forefront, with an impressive bluesign® Product designation and technical features that place it at home on the trail, on the bike or across town alike.

After the delayed return of the OutDoor show, the 2022 OutDoor by ISPO was an incredibly vibrant and successful event, and we are already looking forward to 2023.

For AW22 KEEN are delighted to introduce a new member of their fan favourite Terradora sisterhood – the Terradora Flex – a super versatile, women’s specific hiker that marries the legendary comfort of the Terradora  with KEEN’s award-winning BELLOWS.FLEX technology.

Anna Taylor moves on from Classic Rock to Mountain Rock

Climber Anna Taylor has set off on an attempt to complete a continuous round of the routes that feature in the climbing guidebook ‘Mountain Rock’.

Published in Climbing & Mountaineering
Tagged under
Be the first to comment!
Read more...
Tuesday, 26 July 2022 09:44

David Lindo, known in the wildlife community as The Urban Birder, has joined Páramo as a brand ambassador.

Rab heads into third season of The Mountain People Podcast

Launching 25th July, host Andy Cave and guests explore what being bold really means when it comes to climbing mountains.