In 2018 I visited the Cairngorms to write and photograph a feature for the British Mountaineering Council’s ‘Summit’ magazine. The piece was about using eMTBs to access the steep skiing at the end of long corries in Scotland, the added power of the bikes negating the more inefficient standard issue mountain bike or a long walk.

eBikes amplify your effort, with the human energy being saved for hiking the steep hillsides prior to dropping in. We had the most perfect day for that excursion, little wind, blue sky and snow where we needed it. I say we as I was accompanied by two friends - a Channel 4 journalist and the Swedish purveyor of a boutique American ski brand. Three men on eWheels. Having skied some lines in Coire an Lochain we were descending ‘the escalator’ (a ribbon of snow that fills the Allt Buidheannach burn above Gleann Einich) in the early evening light, when we encountered a woman hiking up with a snowboard on her back. She’d ridden into the glen after finishing work early to sneak in a late season run before the summer turned the escalator back in to a burn. Her machine, a standard MTB, having been human powered in to an increasing wind. Pretty hardcore. 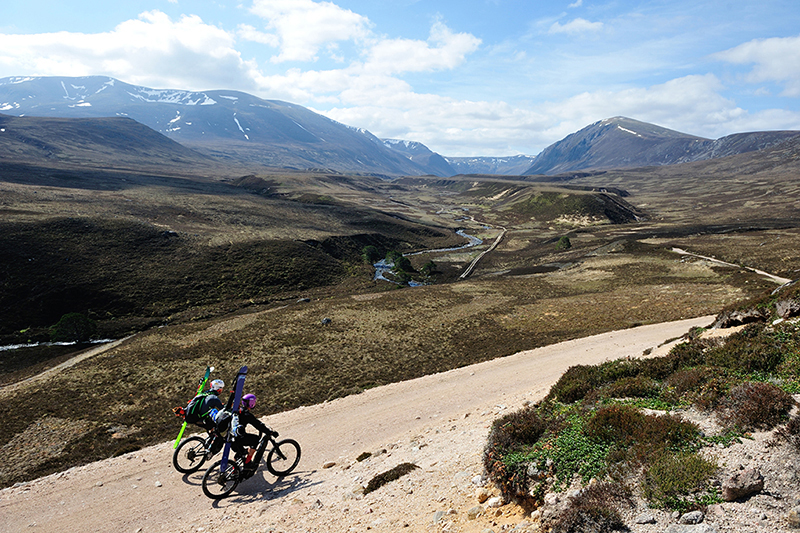 It’s safe to say we were rather astonished by her enthusiasm, and having engaged in conversation about our mutual mad cap May manouverings all headed on our way with the idea to do that utmost modern thing and link up on Facebook.

All in all it was a day that will live long in the memory. 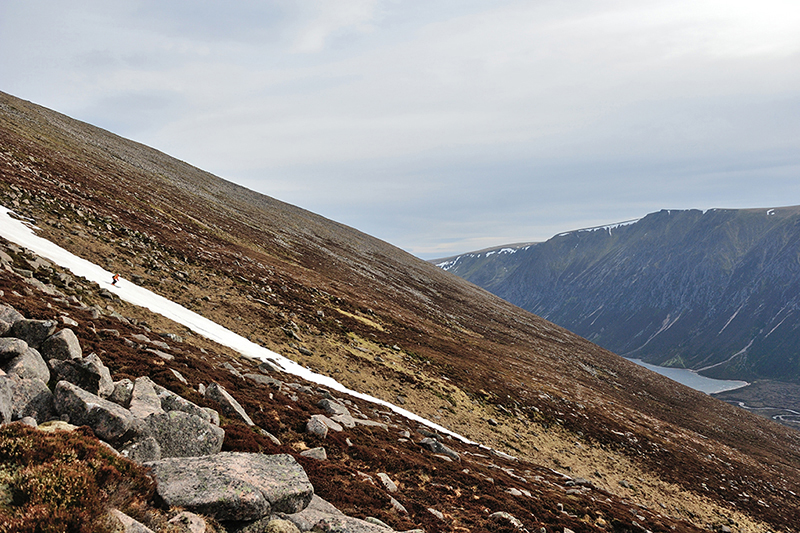 Pelle skiing ‘the escalator’ just before we met Yvonne Rennie, May 2018. - Pic @henryiddon

A couple of days later, back home and literally at sea level near Blackpool, with the car unpacked and skis having gone in to hibernation for the summer I recalled our escalator encounter and sent a Facebook friend request to Yvonne Rennie. Then her surname started to ring bells. Rennie, Rennie, Rennie. Then the lightbulb moment. Was there a Rennie who had been skiing throughout the year  in Scotland ? And thanks to Google the problem was solved. Inverness based Helen Rennie had been skiing on great snow cover through to summer snow patches for 8 years. 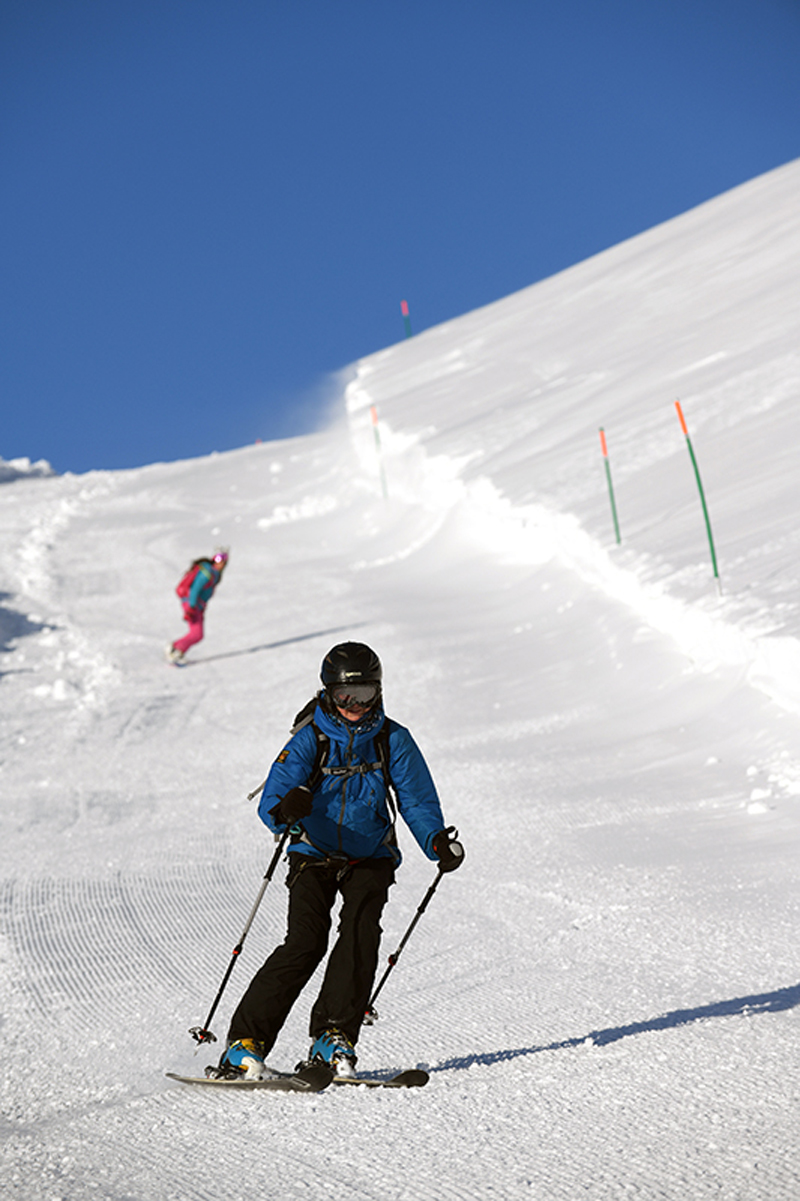 Meanwhile I knew of Iain Cameron, who researched snow patches and often posted remarkable images of tunnels formed by summer snow patches above burns or hollows.

Then another lightbulb flickered. This story would all make a film, and the more I delved, the more interesting the various backstories became, while highlighting an important climate change issue. Between 1996 and 2006 all snow disappeared in Scotland a total of three times, prior to that it had only disappeared twice in recorded history. However there have been significantly snowy winters since such as 2014. Meanwhile tiny but fragile plants that are relics from the last ice age such as Iceland Purslane, Snow Pearlwort and Highland Saxifrage, which are frequently protected by the last pockets of snow are beginning to disappear.

I’d previously made a fishing / climate / ecology film called ‘Brass, Three Down’ (About the history, heritage and environmental pressures facing Arctic Charr in Windermere) with Richard Berry so spoke to him and Jago Miller. (They’d also previously worked together including having made the beautiful ‘A Shepherds Hand’). I contacted Yvonne, Helen’s daughter, who is also based in the highlands and has previously worked as a journalist and radio producer. She loved the idea, and spoke to Helen who was flattered about the plan. So we had a team. 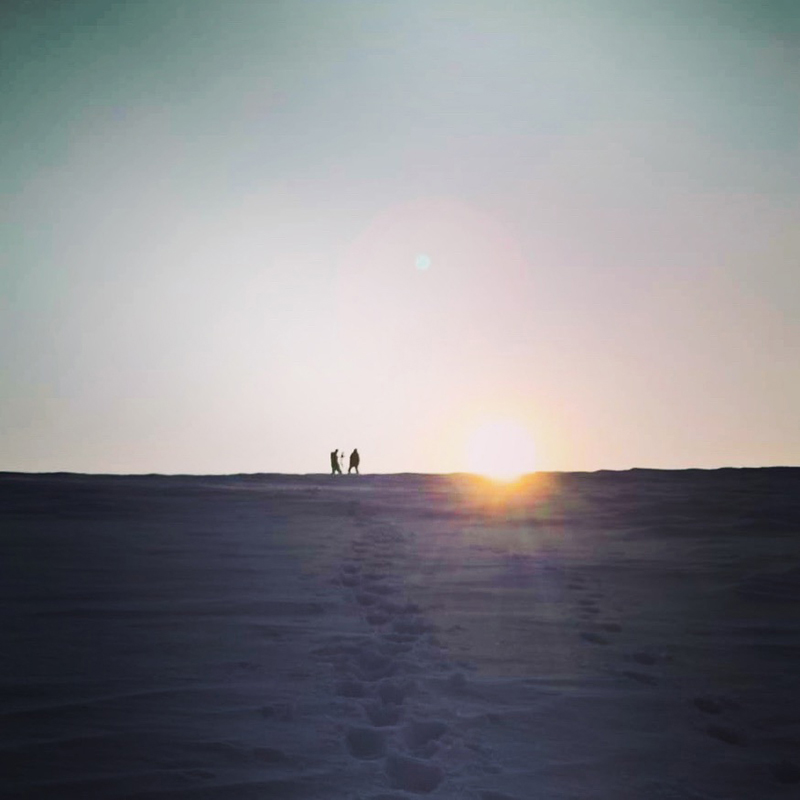 The plan was to have an opening sequence of Cairngorms in their winter glory, but the problem was it was very mild winter, with record breaking February temperatures. So no opportunity to roll the camera. How ironic. Climate change getting in the way of the opening sequence to a skiing and climate change film.

However it suddenly dumped. A cold snap. Snow down to Loch Morlich. Winter had arrived, in April. I headed north on a Friday morning to be greeted at Cairngorm Mountain car park in mid afternoon by blue sky, snow and a Cairngorm wind. Off Helen and I dashed to get some footage, being joined later by her daughter Yvonne. Saturday was foggy and grim, Sunday was foggy and grim. Monday, the day I was heading home, was perfect. So after a meeting with the Cairngorm National Park Authority, who are supporting the project,  I dashed back to meet Helen at the ski car park. Although the tribulations of the ski area are well documented the staff have remained enthusiastic, and able to be nimble. The car park T-bar was lacking snow so a buggy was used to get people to the tows that were working. We headed over to ‘the Tor’, and un-named area that becomes a summer snow patch, then finally Ciste Mhearad which often holds snow well through summer. Hopefully these patches, and others will allow Helen to ski through to October 2019. That would be 10 years of continuously skiing once a month in Scotland. Remarkable. 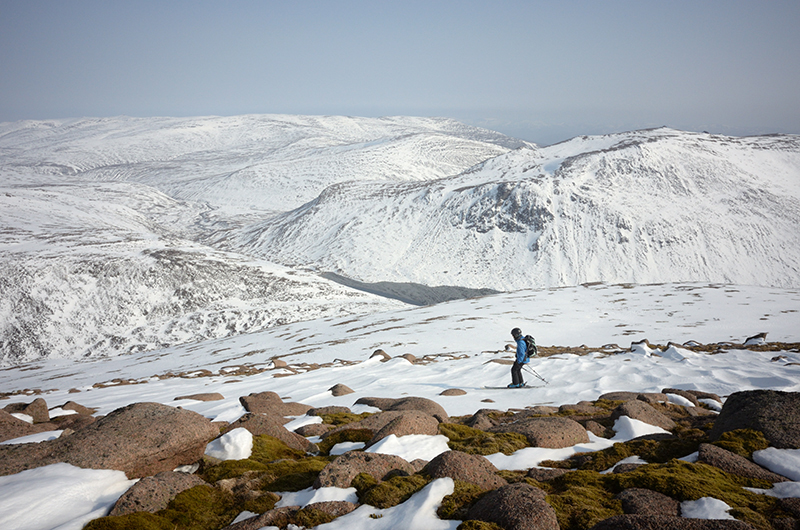 Not only is the achievement remarkable, but also full of memories and stories. Helen has numerous tales of her adventures, people she meets, and experiences of the Cairngorm climate and wildlife. 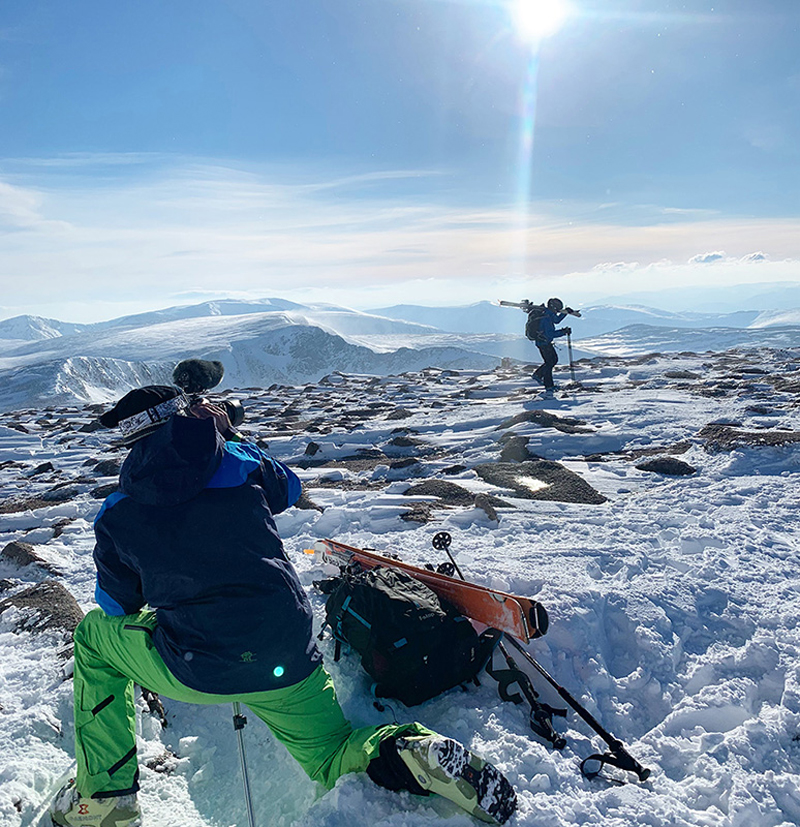 But we’ve all got memories of our times in the mountains, and this initial shoot for the film brought many back for me. I’d learned to ski on Cairngorm in the mid 1970’s. Punch card lift tickets, the clatter of the old chairlift  and its wooden safety bar. The clump of leather ski boots in the mid station Sheiling and the smell of mutton pies. A time when people wore ‘hot dog’ jackets, not gilets. Memories were preserved on film that arrived in yellow Kodachrome boxes a week or two later. ‘The Aviemore Centre’ had been open 10 years, a modern holiday complex on the site of the old Aviemore Hotel and golf course. The place to be, with it’s Ice Rink, dry ski slope, Osprey function room and concrete architecture. As a family the Iddon’s stayed at ‘The Freedom Inn’  an up to date self catering apartment block come hotel, complete with relevant 1970’s decor. You can imagine the scene.  Even ‘It’s a Christmas Knockout’ visited Aviemore Centre twice. 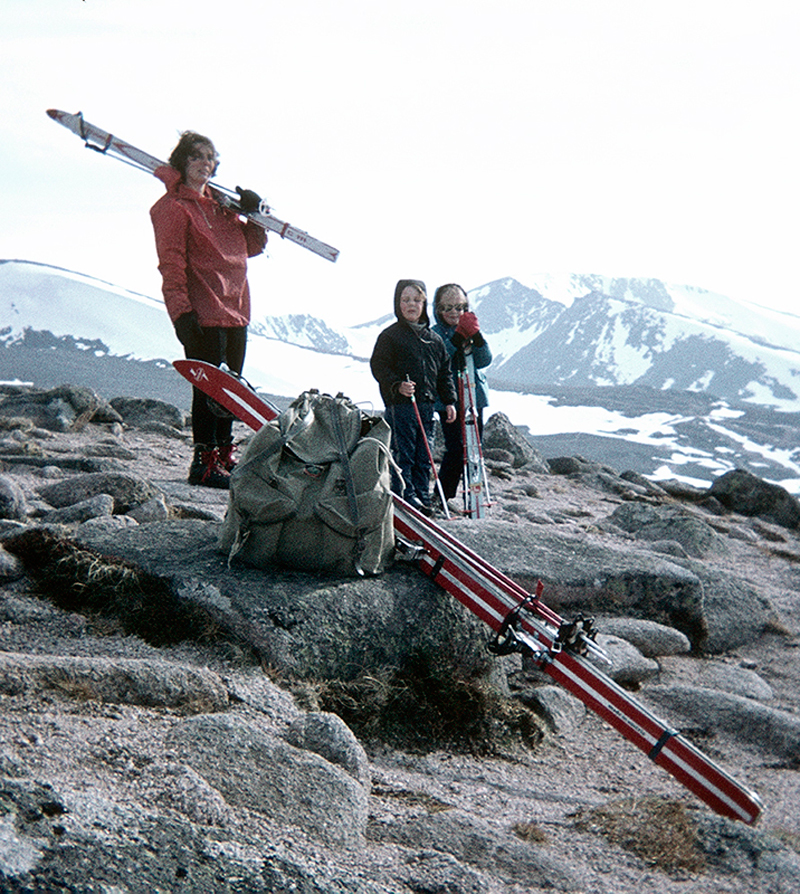 And to go full circle I was staying at the same site which had been largely bulldozed and redeveloped in the late 90’s for a new millennium. The Macdonald Aviemore Resort with plush hotels, family friendly rooms, a range of restaurants, spa, Segways, and coffee shops. Amongst the doom and gloom about the climate and politics  there are still places to visit where you can reflect on the past but create new memories. The future is hopefully white for Scottish skiing. And hopefully Helen will ski through the summer of 2019. We’ll be there to follow her.

More in this category: « Reeks District: Ireland’s Adventure Playground with Jessie Leong The post-industrial landscapes of Snowdonia's slate industry are being re-imagined as a leisure resource »
back to top