Let your dog share the load in the hills

Easter traditionally marks the beginning of the camping season with families heading for the countryside - often with their family pets in tow. Dogs make magnificent companions in the hills and with a few handy bits of kit you can easily include your pet in overnight and multi day adventures.

Before you even consider heading for the hills and National Parks with your dog you need to know where you can and can't go and when. While there's different regulations in different parts of the UK they all add up to pretty much the same universal set of common-sense rules; Always have your dog under control and be aware of restrictions during lambing and bird nesting seasons. The UK National Parks and Outdoor-access Scotland both produce guides to responsible dog walking in the countryside. 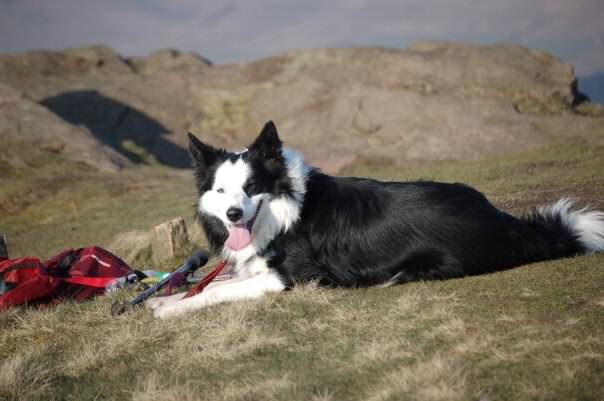 The key to all the rules and regulations comes down to having "effective control" and even with the best trained dog this will mean using a lead in many situations. Whether it's ground nesting birds or lambs in the fields there's going to be times when you need your dog within a couple of metres but at other times you'll want both hands free for using walking poles or scrambling over rougher ground - this is where the waist mounted lead comes into its element. We've used a Ruff Wear Flat Out Leash for over ten years but there's plenty of alternatives available using much the same design: a flat webbing lead featuring a sliding buckle system that allows you to clip the lead into a loop around your waist for hands-free use or shorten the loop into a traditional pattern for  regular walking. An addition sewn loop close to the leads attachment clip gives close control when used as a hands-free lead. In addition to freeing your hands for use with walking poles the hands-free lead gives a much better system for use on rocky terrain, both freeing up your hands and giving your dog more freedom to choose a route.

While dogs can often get access to drinking water along the way food is an entirely different matter and in the same way as you need more food for the extra physical activity so does your dog. For a muti day trip even using dried food can add up to a significant addition to your pack weight, then there's the fold-up bowl that stops the food spreading either around the tent or at your food stop and water at 1kg per litre for your dog as well as yourself. Add in the mandatory waste disposal bags and taking a dog can have a serious impact on your pack space and weight! There's no reason, however, why you should have to carry all, or even most, of this - your dog's perfectly capable of carrying it's own essentials using a set of canine panniers.

If you're going to invest in dog panniers you'll have to be ready for the reactions you're certain to get. Between the "isn't that cool" and "isn't that cruel" comments and questions you'll have to adapt to either stopping in conversation every few metres or buy yourself a very visible set of ear plugs and keep your head down. In answer to the "isn't it cruel" questions the answer is no, the panniers are specially designed to spread the load and providing you don't overload them with more than a third of the dog's bodyweight they're fine. In practice we've always set the limit closer to a quarter of bodyweight and far from being a problem the biggest issues our Border Collie's had with them has been forgetting he's got them on when trying to get through a kissing gate!

A decent set of dog panniers doesn't come cheap, retailing at around £120 but if you're going to go down the pannier route it's worth spending the money on something durable as well as well designed. Put simply your dog's not bothered if the panniers scrape every rock and boulder on it's route and over a period of years the panniers will take some hammer. The panniers should have sufficient compartments to keep essentials seperate and be detachable quickly and easily in emergency. The best panniers come with a seperate harness that allows you to attach and remove the packs with with rucksack style buckles while giving a handy "lifting loop" of webbing with or without panniers on at styles, gates or scramble ledges. The panniers we've used over the last decade have also included zipped compartments on either side of the body designed to take a 1lt platypus - particularly useful in warm weather when the cold water on either side helps cool your dog. 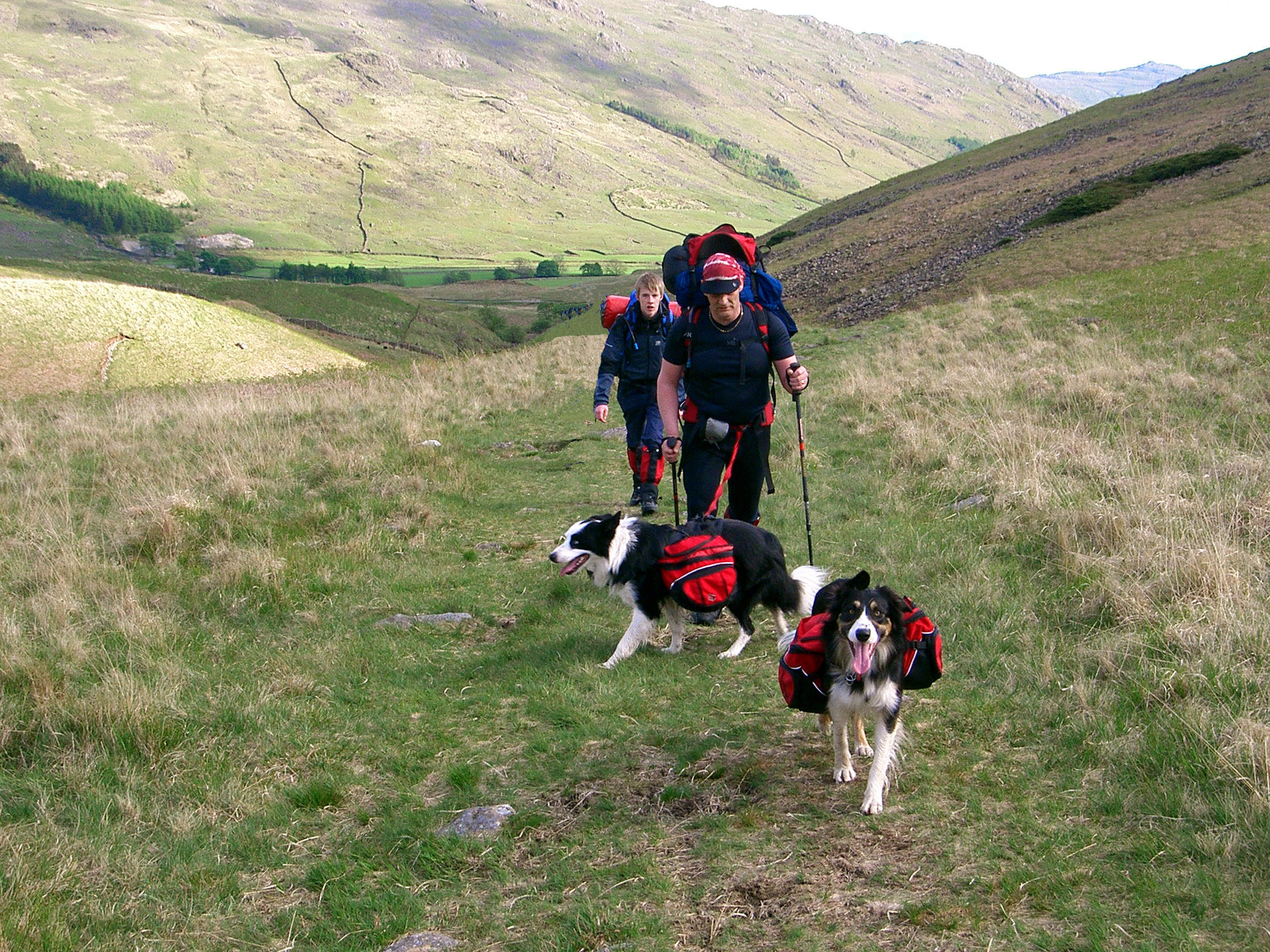 Panniers should have enough room for a coat, towel, food and bowl (fold up) and a few small essentials like tick removal tool, waste disposal bags and dog treats. As additional contents of a rucksack this would be bulky but with your self sufficient dog it's no longer a reason not to take him/her with you. With the space saved you can pack a tent with a larger porch, giving you both more room.

More in this category: « Transformation - a guest blog on becoming a "roadie" from Stu Thomas The cycle of experience and judgement »
back to top