Talking Points - What future for Stanage?

Stanage - just the name of it engenders mental images of the spiritual home of rock climbing, of legends dancing their way up impossible looking lines while above mountain bikers and walkers mingle on millenia old pathways......but all's not well says John Horscroft in a guest blog.

Occasionally it’s worth asking fundamental questions about the places we love such as what is a national park for? How should it be managed? How should users be consulted? Crucially, is management of our wild spaces a job for professionals only?

I pose these questions because there has been a fundamental shift in the way the Peak District National Park (PDNP) manages Stanage Edge precipitating a dangerous schism with volunteers who have spent many years helping to look after one of the jewels in the crown. 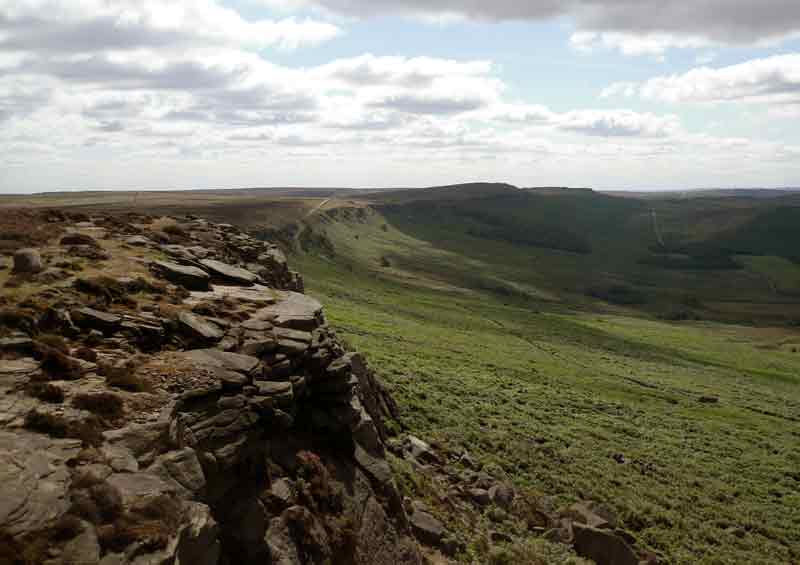 Until last year, responsibility for Stanage fell to an estate manager who understood the conservation and recreational importance of Stanage and the necessity of working with different interest groups to resolve inevitable tensions. That simple effective structure has been superseded by four or five people with narrower remits split between two ‘directorates’. It is, trust me, even more opaque than it sounds.

The upshot of this shuffling of the management pack is to devalue the special sense of place that Stanage engenders. There is, I would suggest, a misunderstanding of the Peak District embodied in this decision. It is based on an assumption that the Peak is an amorphous mass that can be managed without taking account of the subtle differences inherent in such a sophisticated and diverse mosaic of habitats, landscapes and users. For many people, particularly from neighbouring Sheffield, it is a special place and that deep connection should not be underestimated.

It was at least in part because of Stanage that I moved to Sheffield, took an active interest in local access issues and aware that all was not rosy in the garden. There was conflict between different user groups, local residents and the National Park Authority itself. Fortunately, estate manager Matthew Croney was a visionary who created the Stanage Forum, a body designed to return influence to those who live near and use Stanage. 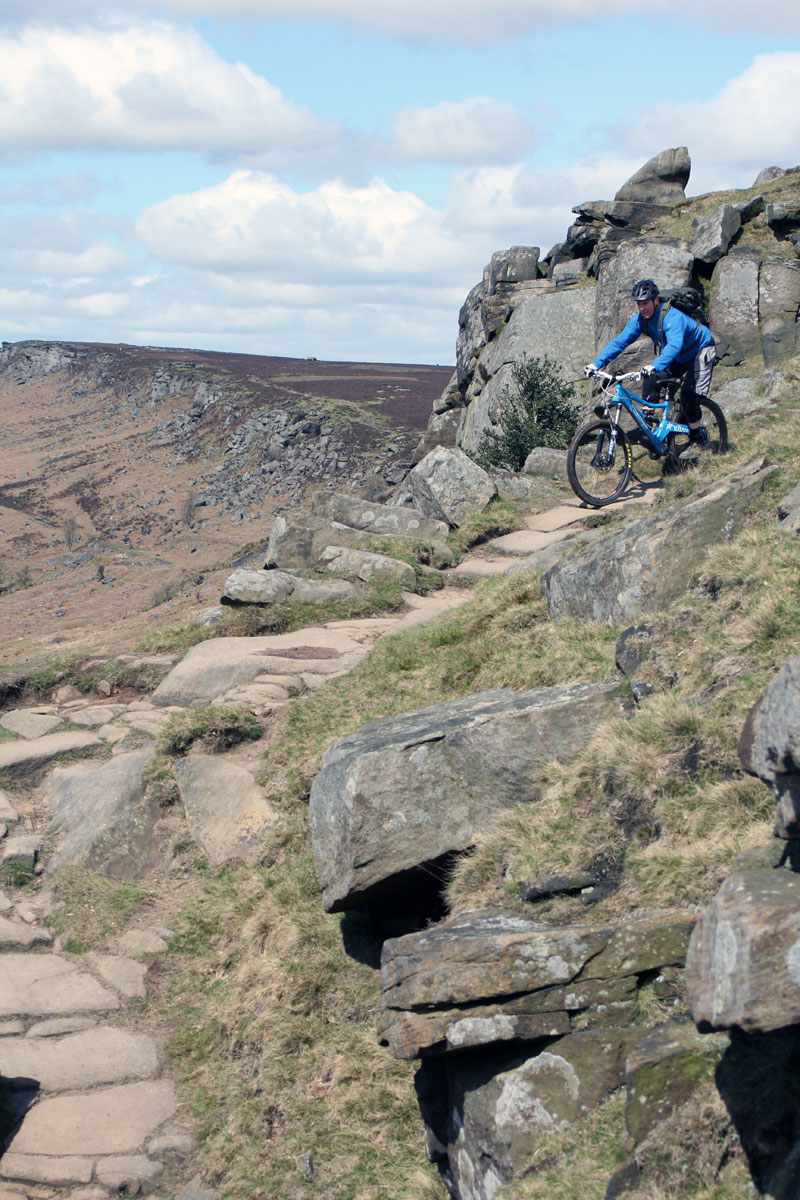 Over the next decade the forum produced its first management plan, built a working relationship with the national park and proved again and again that conflict between user groups was more perceived than actual. Lauded by the PDNP, it appeared in learned papers as an exemplar of partnership working. The current Eastern Moors stakeholder group is clearly based on the Stanage Forum and a resounding success because of it.

The Stanage Forum reached its apotheosis when a new Estate Manager was installed. She understood the cultural significance of the estate, its importance to the people of Sheffield and its historic access movement. She also ensured that the values repeatedly expressed by local residents and visitors at open forum meetings were embedded in the management plan. In a very real sense, this reinforced that those people who cared about Stanage were integral to helping look after it. With the help of numerous other enthusiastic and skillful national park employees, improvements to the campsite quickly followed, bracken control and woodland management, resurrection of the felled Stanage pole and a booklet about its history.

Arguably the most innovative idea, courtesy of the BMC and the forum, was the Stanage Sticker. Under the banner ‘Ours to Care For’, the sticker enabled users to contribute to the upkeep of the estate. Although it conferred a right to park at Stanage Plantation car park, that wasn’t its primary purpose. Engendering a sense of place, a real connection with a special landscape was at its very root, ensuring that those who cared for Stanage could help to look after it. The forum were aware that the PDNP was under financial pressure and this site-specific initiative seemed a logical way to address some of that shortfall. 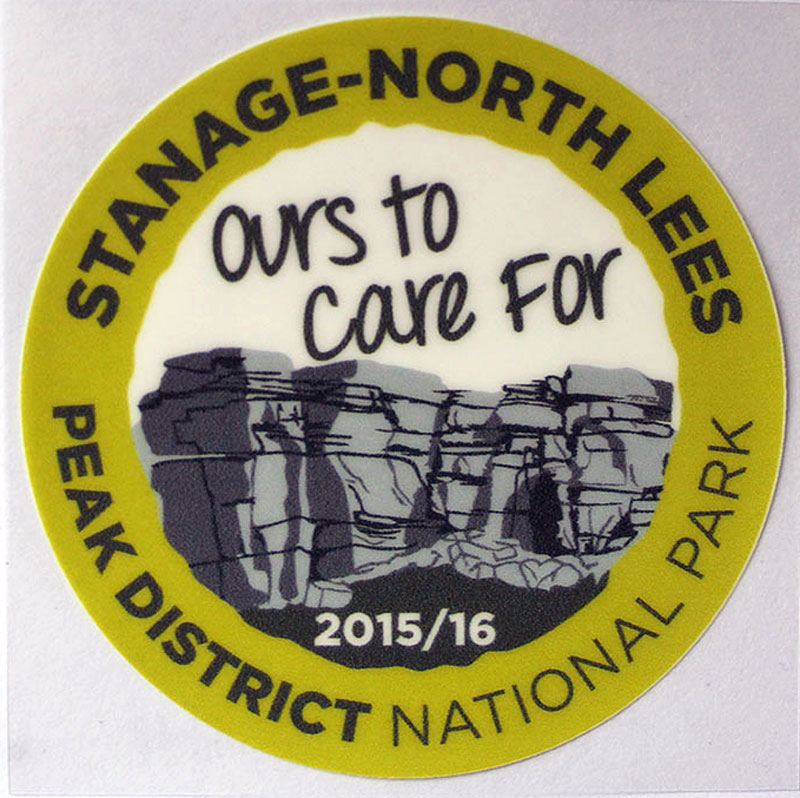 Enthusiastic volunteers spent weekends chatting to people in the Stanage car parks, encouraging them to buy the sticker and explaining work being undertaken on the estate. The level of engagement was palpable and, as a result, takings from the Plantation pay and display machine increased.

In 2017, a new management structure resulted in redundancy for the estate manager. The Stanage Sticker was summarily abandoned with little in the way of consultation. The future of the full-time warden was thrown into doubt and rumours of parking enforcement with all the urban paraphernalia that entails became rife.

The upshot of this sea-change has been disillusionment amongst key volunteers and some resignations. The reaction from the PDNP senior management has been one of bemusement, clearly confused as to why volunteers would react in this way. Surely however, it is exactly the reaction you would expect when a decision feels imposed rather than arrived at through persuasion and consultation. 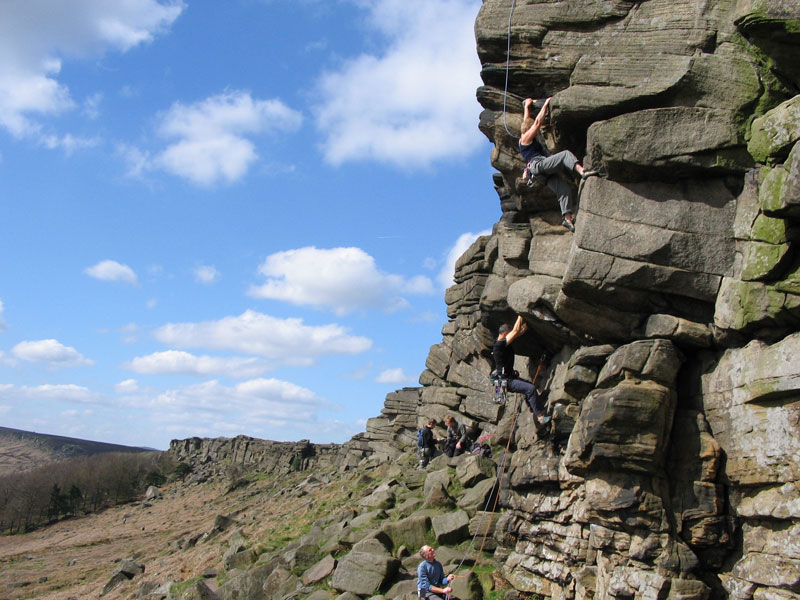 Importantly, the Forum encompasses local residents who have seen PDNP administrations come and go and are directly affected by the decisions taken in their name at PDNP headquarters Aldern House. They are nobody’s fools. It includes volunteers who are valuable members of numerous other stakeholder forums in the Peak District. Many of them have been involved with Stanage for more than a decade, know it intimately and have a great understanding of its intricacies.

Is the National Park to be hamstrung by the permanent revolution of managerial restructuring, or should it first and foremost nurture a sense of community and common purpose? It is difficult to escape the conclusion that trust has been squandered; a working relationship second to none dismantled.

This article is written more in sorrow than anger. National parks are held in trust for the people and the views of those people should hold great weight. Consultation should be a process of give-and-take, not imposition from on high. Whither the Peak now?

More in this category: « Missing In Action Running the Ultra Tour of Arran 2018 - Ward Linney »
back to top