Everest legend Doug Scott has released the remarkable story of his and Chris Bonington's first ascent of Pakistan’s Ogre in audiobook format.

When an accident that resulted in Scott suffering two broken legs and Bonington smashing ribs turned their 1977 climb into a desperate fight for life, the roles played by their team members Mo Anthoine and Clive Rowland in shepherding the pair off the mountain was essentially written out of the story by the national press, which focused on the two already-famous mountaineers. Using newly discovered material, in The Ogre Scott reveals the truth for the first time. 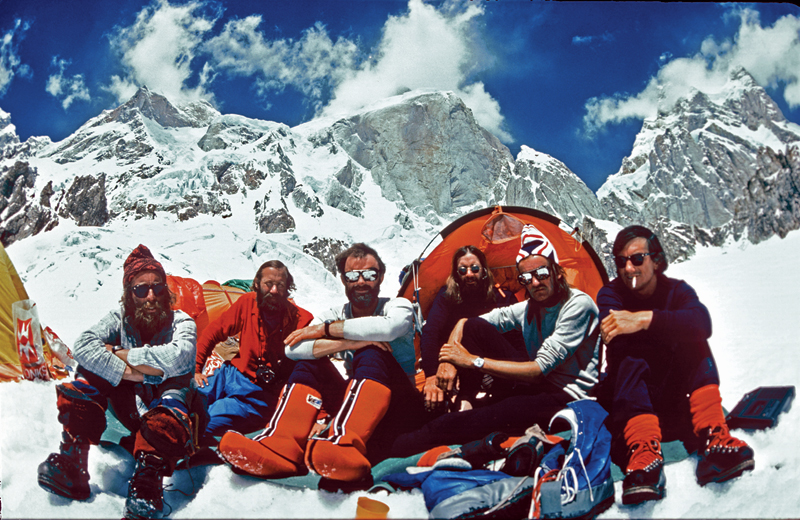 The Ogre is the first book by mountaineering publisher Vertebrate Publishing to be made available as an audiobook. Commenting on its release Scott said, ‘I'm thrilled Vertebrate Publishing chose The Ogre as its first audiobook publication. It's testament to how much readers have engaged with the story. Now the book can be heard read aloud for the first time, the truth of the story behind our ascent can potentially be made available to an entirely new audience'.

Rising to more than 7,000 meters in the centre of the Karakoram, the Ogre – Baintha Brakk – is notorious in mountaineering circles as one of the most difficult mountains to climb. It waited almost twenty-four years for a second ascent, and a further eleven years for a third.

The Ogre audiobook – dubbed as ‘one of the greatest adventure stories of all time’ –   makes for a thrilling listen and is available to purchase from Audible, Amazon and iTunes.

More in this category: « Ken Wilson : An appreciation / Obituary by Alan Hinkes OBE Lake District Bouldering »
back to top