This year's Buxton Adventure Festival will see a unique exhibition as Andy Turner and members of the GB Ice Climbing Team put their skills on show beneath the roof of the Devonshire Dome - the second largest unsupported dome in the World. We took the opportunity to have a chat with Andy about the Sochi Winter Olympics, route setting, TV coverage (or lack of) and the 1st British Tooling Championships. 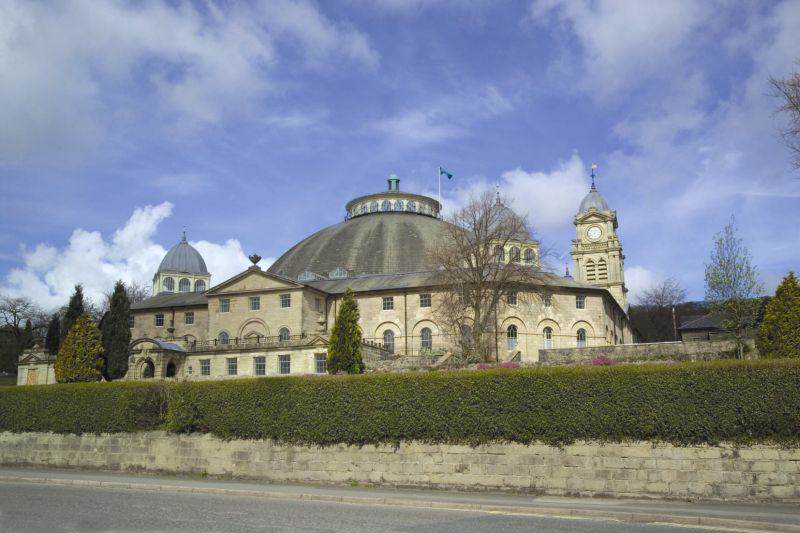 MyO:   Buxton’s Devonshire Dome…..not your everyday venue for a climbing demonstration, how did it come about and what’s the plan?

AT:    The event at the Devonshire Dome has been a dream for a few years now, but it all came to fruition after I returned from the Sochi Winter Olympics. Ive been working for the university in Buxton for a number of years and often wondered how we could have a comp in the dome but having climbed on the cubes in Sochi it made sense to copy that winning formula. 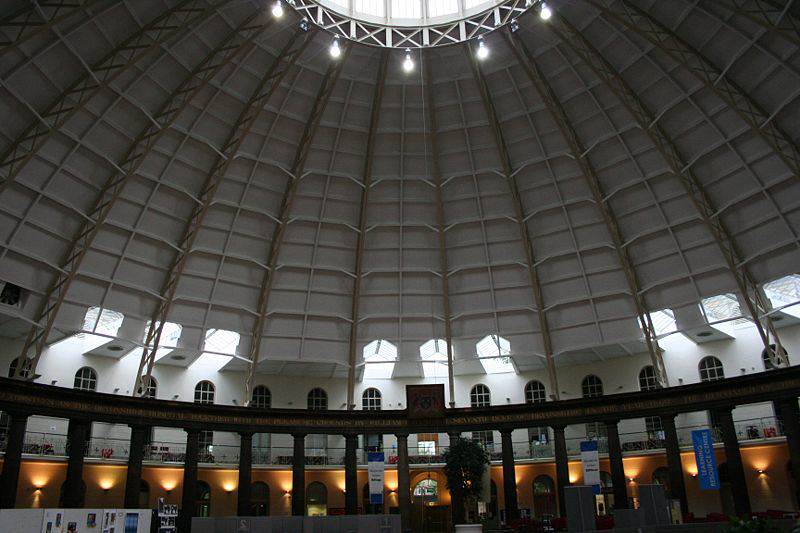 Inside the Devonshire - part of the University of Derby's Buxton Campus. Photo Dave Pape

MyO:   There’s been a noticeable shift in the way the mainstream press report on climbing over recent years but the focus has been on big names and big climbs outdoors. How can indoor and competition climbing raise its proﬁle?

AT:  Traditionally climbing competitions have always been held in climbing walls, which is great as they dont require much preparation for an event to be held, but this has limited who gets to see the event, generally just climbers. If we want to progress the sport we need to take these events out to the masses and put them in public places to catch the imagination of passersby. Theres soon to be a Deep water soloing event right in the centre of Exeter. This is going to take place on the River Exe on a bouldering wall ﬂoating in the river. Events like this and the one in the Dome make spectacular venues in which the general public can see ﬁrst hand for free the amazing feats of todays climbers.

MyO:   Scotland has its Dry Tooling Series…is there an English or UK equivalent, or plans for one?

AT:    The STS has run successfully for almost 10 years and for the ﬁrst time this year will venture south of the border to form the British Tooling Series. Events will be held at Rope Race in Stockport, Awesome Walls, Shefﬁeld and The Castle in London. This allows the event to be opened up to more folk around the UK to try their hand at Dry Tooling. 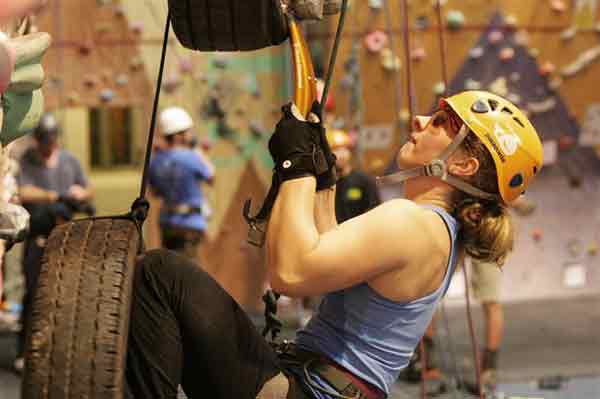 MyO:   Route setting for dry tooling or competition ice climbing needs very different setups from traditional climbing walls. How difﬁcult is it to ﬁnd training facilities in the UK?

AT:   When Ice Climbing comps started 20 years ago they were held entirely on ice towers but as vertical ice got to easy more and more dry tooling structures appeared on the WC scene. These structures are pretty similiar to indoor climbing walls using plywood and resin holds. Finding commercial walls that allow dry tooling is pretty hard for obvious reasons but more and more are coming around to the realisation that there customers what walls to train and compete on. We also have various dingy holes in the ground around the UK that are dry tooling only venues to avoid conﬂiction with rock climbing.

MyO:   Sochi was a fantastic opportunity to broaden the audience for competition climbing but there was little mainstream coverage despite a big BBC presence at the Winter Olympics. Was this a missed opportunity?

AT:   During my time in Sochi pretty much every major TV company from around the world came and did interviews with the athletes and organisers at the climbing venue. The only people that didnt were the BBC, that wasn’t through lack of trying on our part though. We hammered social media to bits to get them over but they didnt even reply, very disappointing as it would have been a massive leap forward for us in the UK coverage wise. 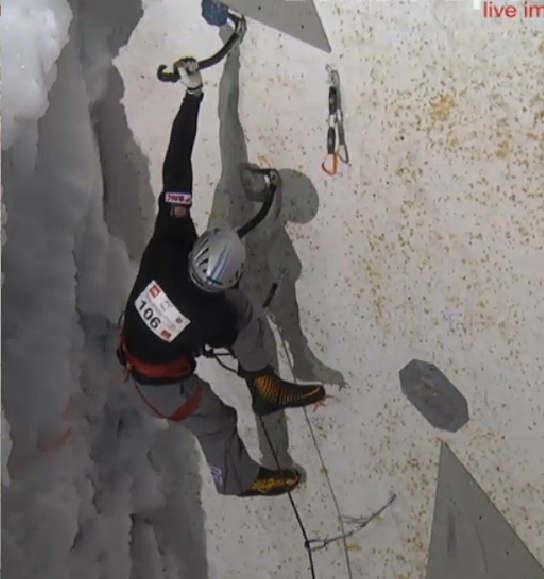 MyO:   What’s the chances of the UK hosting a World Cup event in the next few years?

AT:   Theres no reason why the UK couldnt hold a World Cup Event in the future as the temperatures dont need to be mega cold for ice to form. We just need major sponsors to put an event on in a key spot in the centre of a big city.

MyO:   Are there any international standard competition route setters from the UK?

AT:   No not at the moment. The UIAA run route setting courses but its ﬁnding the funding to enable people to go and do them. 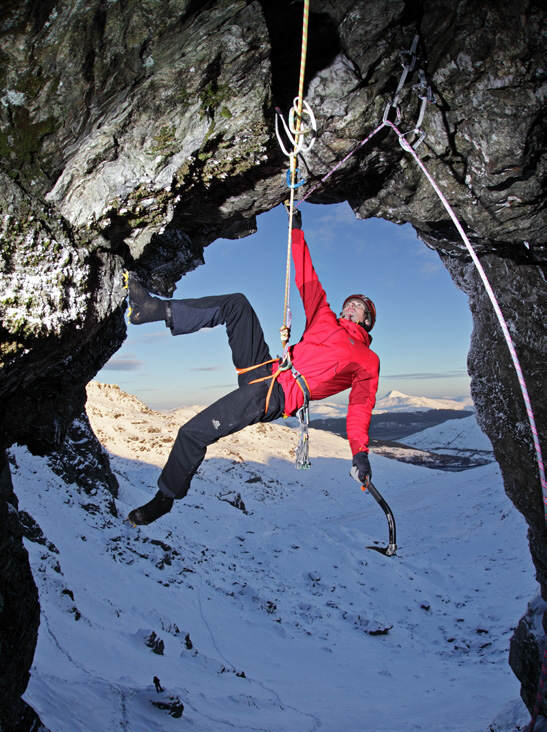 MyO:   From a viewer’s perspective it was great to see more British climbers entering the World Cup events last year, and with a steady improvement in results. How can you build on this for the next WC?

AT:   Getting better results all stems from getting more experience of competitions and the structures used. As we dont have any dedicated structures in the UK at the moment this is going to be a slow process but as more walls are opening themselves up to holding dry tooling competitions it wont be long hopefully before one is built. This year is hopefully going to see the ﬁrst Para Ice climbing competiton being held in France and it would be great given the right funding to send a GB team there as I think we could have great success.

MyO:   Shauna Coxsey has had phenomenal success at this year’s IFSC World Cup, even getting a mention on BBC. How much can her success help other
styles of competitive climbing get greater exposure and are there any lessons that can be learned from her success.

AT:  Hopefully the success Shauna has had will encourage more people into the sport and with that hopefully will come the funding to help the sport grow. 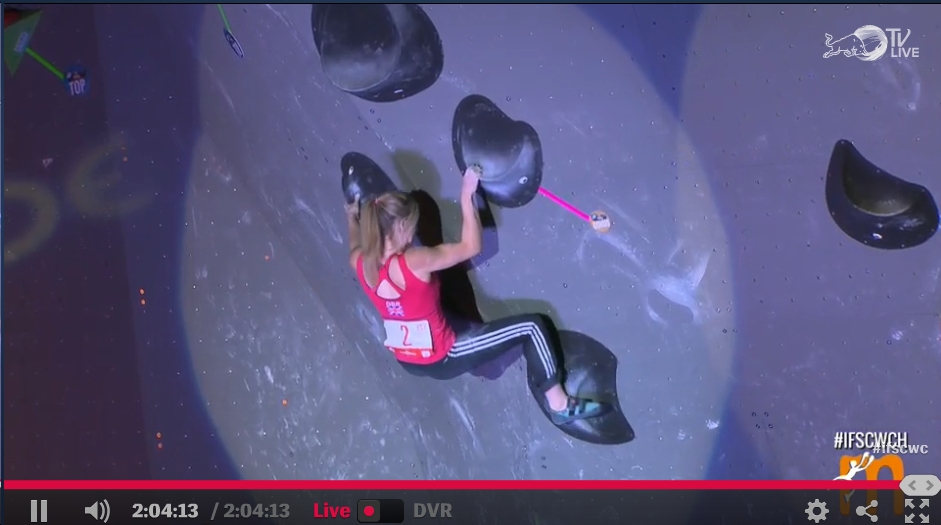 MyO:   Last year saw you reform the GB Ice Climbing Team and while there was undoubtedly a raised proﬁle during the competition season it’s naturally been quiet during the summer. When does the new season start and how’s the GB team looking?

AT:   The new season starts before christmas this year with the ﬁrst ever WC comp in North America at the Bozeman festival. The GB team had lots of new competitors last year trying the WC scene for the very ﬁrst time. We had great success which we can hopefully build on this year. Its hard to prepare someone for the WC when they dont really know what to expect so the biggest thing everyone took from last year was experience. We had 2 female competitors with  Katy Forrestor and Anna Wells who both made semis, as well as 2 youth competitors with Emma Powell and Tim Miller. These guys climbed amazingly in there age categories and I cant wait to see how they get on this year. Also this year we ve already had a dry tooling session with the GB para climbing team with the hope that the UIAA manage to hold a para event at one of the rounds this year. So all in all the team is growing in all directions.

More in this category: « Sir Chris Bonington returns to climb the Old Man of Hoy at 80 Shauna Coxsey clinches Britain's first ever IFSC World Cup Series title to go with her MBE »
back to top