Growing up in Blackpool you can’t be immune to light entertainment, cabaret or the work of certain entertainers and the whole notion of ‘the summer season’.  Numerous familiar TV faces wouldn’t have had their big break unless it had not been for an end of the pier show. They may not have the high brow gravitas of ‘The Cambridge Footlights’ alumni but where would we be without Morecombe and Wise et al. The town has also featured in popular culture including Stanley Holloways comical monologue ‘The Lion and Albert’. (Written by George Marriott Edgar) The ‘ditty’ tells the tale of young Albert goading a lion and subsequently being swallowed whole.

So, seeking for further amusement

They paid, and went into the zoo

Where they'd lions and tigers and camels

And cold ale and sandwiches, too

There were one great big lion called Wallace

Whose nose was all covered with scars;

He lay in a som-no-lent posture

With the side of 'is face on the bars

'Ow they was ferocious and wild;

To see lion lyin' so peaceful

So straightway the brave little feller

Not showin' a morsel of fear

Took 'is stick with the 'orse's 'ead 'andle

And stuck it in Wallace's ear

You could see that the lion din't like it

For givin' a kind of a roll

'E pulled Albert inside the cage with 'im

And swallered the little lad - ‘ole!

There’s a bar on Blackpool promenade named to pay homage to the story. 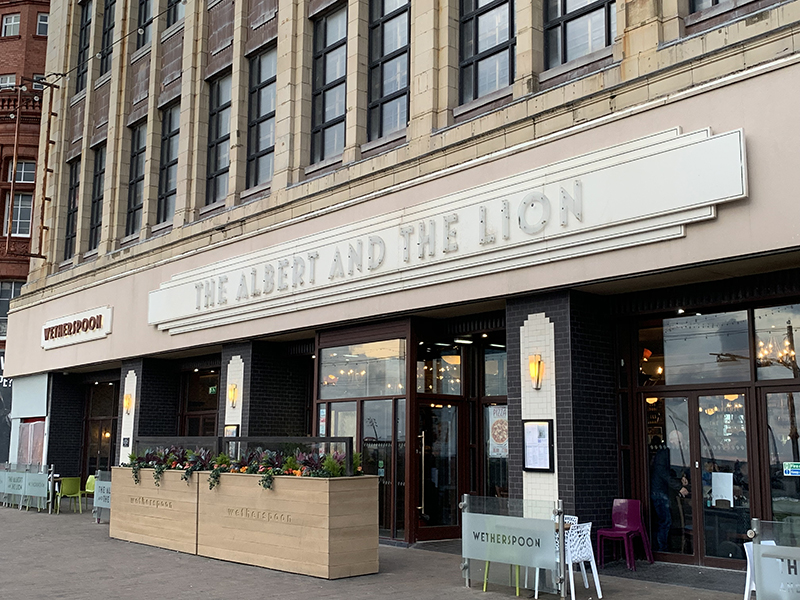 The Albert and The Lion, Blackpool Promenade

So like an ear worm whenever I hear the name ‘Albert’ the sorry tale of young Albert Ramsbottom and his zoological decline always comes to mind.

What has such shenanigans got to to do with the outdoors environment I hear the audience roar? Well lots of people make films about the outdoors. Including me. My current project ‘Hilly Skiing’ is about Helen Rennie who has skied once a month for the past 118 months in Scotland by visiting snow patches that rarely melt. But unfortunately over the past 20 or so years what were once year round snow patches are now melting, leaving the Scottish uplands snowless. And that’s a problem as it indicates the reality of climate change - something that we all contribute to. Including writers, photographers and those involved in the screen arts - TV and film. Yes we all contribute to it, including by traveling to the places we love in cars or to far flung places by ‘plane. And yes various ‘outdoor’ brands happily flag up their eco credentials, so we all buy brand x, y or z thinking we’re doing the right thing - then hop on a ‘plane for an adventure or drive for miles to ‘bag’ a munro. While not perfect we feel we’ve done our bit. 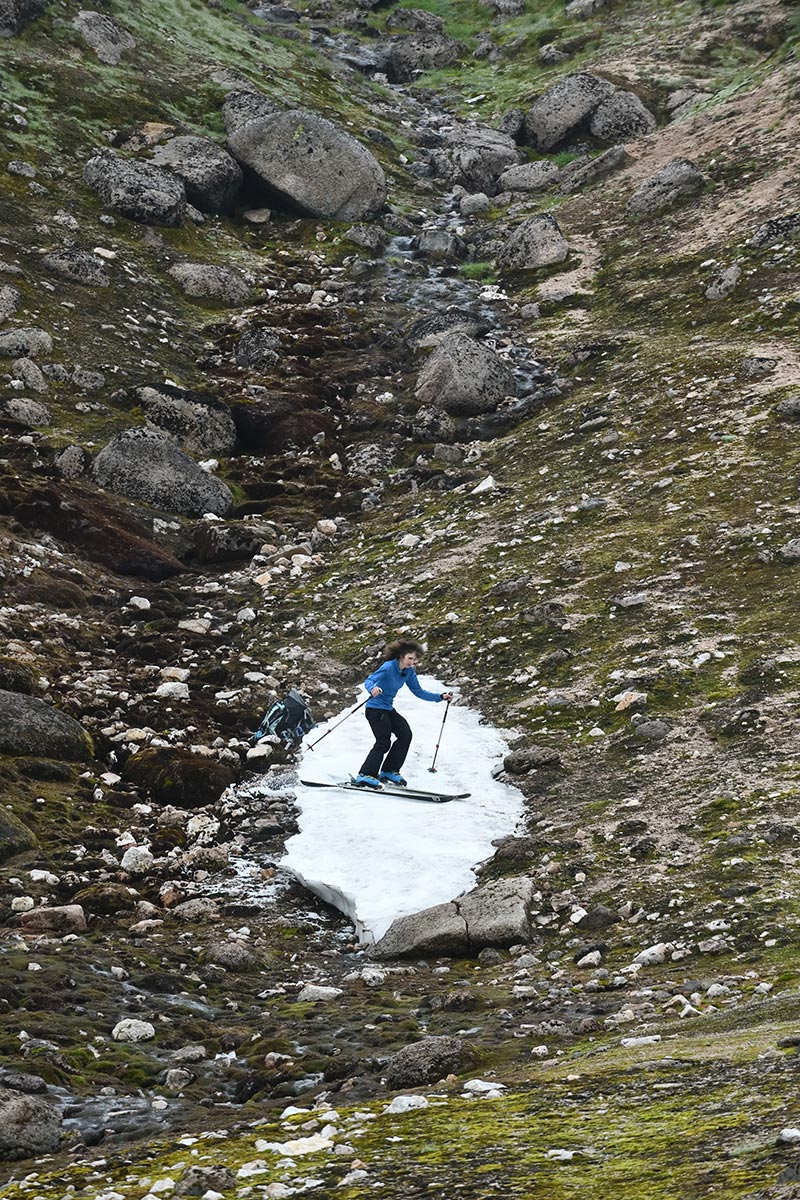 Across society there are those who are attempting to change business practices and bring some element of sustainability to their empires, Richard Walker at Iceland Foods springs to mind as one trying to change the way the supermarket industry operates by reducing plastic packaging.

But what of the media, and the outdoor media in particular, what are they doing to prevent or reduce climate change. How many outdoor movies involve heli drops, long haul flights, big crews and suspect treatment of local customs. I’m often left wondering about the eco credentials behind one colourful bovine branded brand.

So making a film about climate change and Scottish snow patches I was left wondering what could be done, and at the same time as developing ‘Hilly Skiing’ I became curious about the ‘Albert and Sustainable Certification’ logo that appears at the end of numerous television programs from the BBC’s Eastenders to the output of ITV Drama.

After a simple google I discovered that in 2010, the BBC created a carbon footprint calculator for TV programmes, called Albert. The impact of productions on the environment was recorded but the findings could not help to reduce the impact. Therefore, Albert+ was created by the BAFTA Albert Consortium, the industry sustainability group which included the BBC and other large production houses. This was a way to encourage makers of content to divert waste from landfill, engage senior leaders and address energy efficiency. Albert has two simple objectives - to enable every part of the screen industry to eliminate waste and carbon emissions from production, and to empower industry creatives to make editorial content that supports the vision of a sustainable future. It’s hard to find fault with those objectives, and on discovering they offered ‘carbon literacy’ training I booked myself on a days workshop. And what a revelation it was. The facts around carbon footprints alone are mind boggling.

Each of the following activities add 1 kg of CO2 to your personal carbon footprint:

So what can all moving image producers from the likes of the BBC, Endemol, ITV down to small one person operators in the ‘outdoor’ industry do. Well it’s simple, and like much advice regarding sustainable living - reuse, be efficient, think about your actions. The big players have saved tens of thousands of pounds by doing things like reusing sets, props or wardrobe, reducing printed scripts, using local crews instead of transporting and accommodating them from elsewhere, using low energy LED lighting, using public transport, and switching to green energy suppliers. 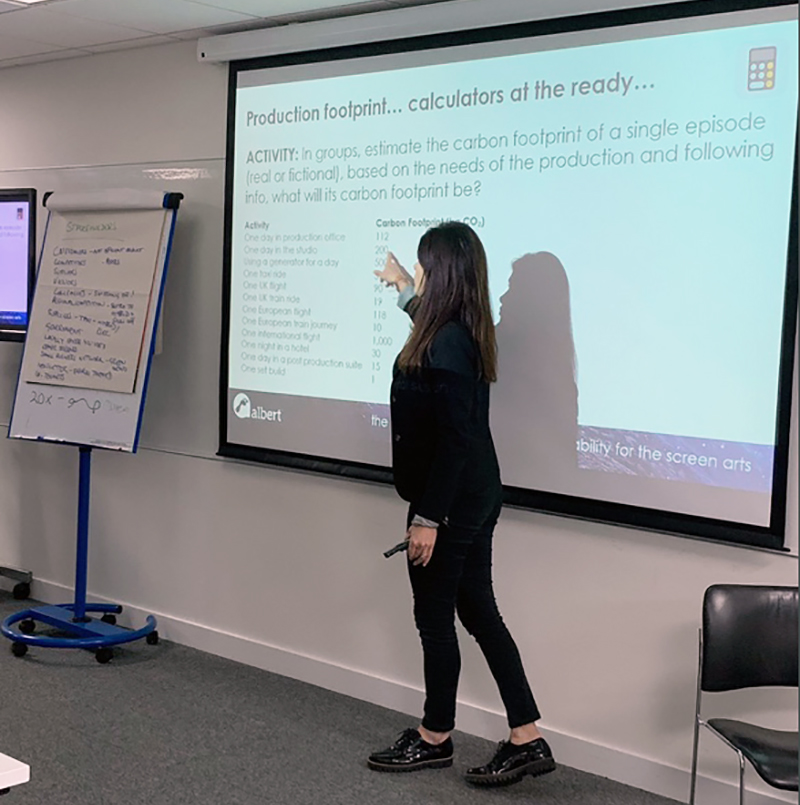 Non of this is difficult and if it saves money for the big players it can save money for smaller production houses working in the outdoor industry.

Albert and Sustainable certification is achieved by registering and inputting a productions planned working methods then revisiting on completion, if aims have been met or exceeded then bingo. At the very least the process makes producers think about their CO2 footprint and sustainability issues.

So what have we done so far re ‘Hilly Skiing’? Well the editing will be done in a space with a green energy supplier, meetings are often held via Skype or facebook messenger, round trips to drop off rushes have been done by bike and for this months shoot I took the train to and from Aviemore instead of driving. 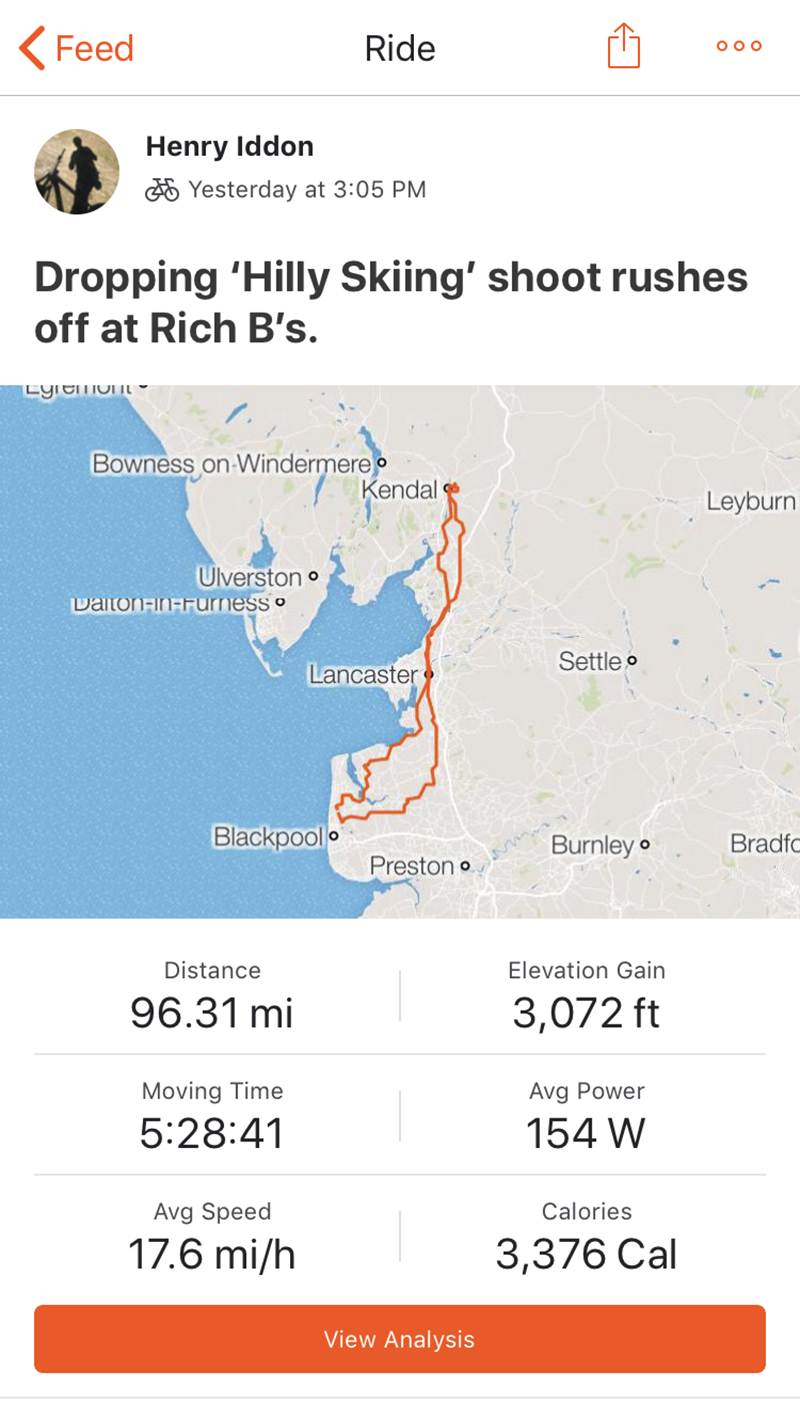 If we treat our planet well and with respect then maybe it’ll look after us. Continue to pollute it and not make sufficient efforts to reduce CO2 emissions and we along with future generations will have problems.  Two thirds of glacier ice in the European Alps could have melted by 2100, and they’re likely to lose half their volume by 2050 regardless of any emission cuts. “In the pessimistic case, the Alps will be mostly ice-free by 2100, with only isolated ice patches remaining at high elevation, representing 5% or less of the present-day ice volume,” said Matthias Huss, a senior researcher at ETH Zurich.

The majority of people may not notice, or care, about summer long snow patches in Scotland disappearing, but I’d have thought the idea of Europe loosing it’s glaciers is enough to trigger alarm. Especially amongst those who enjoy winter or alpine sports.

So maybe there is a metaphor in Stanley Holloway’s ditty about young Albert goading an ill treated and caged lion, he abused it and his fun was over. Unlike Albert we need to be more responsible, we need to be Albert and Sustainable.

More in this category: « Wild camping - is it time for a conversation?
back to top