When the BMC proposed a name change to Climb Britain a couple of years ago the result was a membership meltdown the likes of which the organisation hadn't seen since the 70s.

The  (then) Executive and National Council were forced into a U turn as the membership overwhelmingly rejected the name change and its over-concentration on the sporting side of climbing. Mountaineers and hill walkers felt abandoned by the proposal, despite hill walkers being by far the largest proportion of the membership. Following the U turn and subsequent governance shake-up, the name remained as the British Mountaineering Council and the commitment of "Working for climbers, hill walkers and mountaineers" was reinforced. The objective, as stated in the BMC Strategic Plan, was "To be the organisation that every climber and hill walker wants to join".

In the plan's Strategic Aims it states:

Our key strategic aims for 2015-19 focus on hill walking, young people and membership development as follows:

Aim 1 - Hill walking: to extend our work for hill walkers, so that the BMC becomes the natural home for new and existing hill walkers. Since 2013 hill walking has been integrated to a much greater extent into the BMC’s work, most notably in communications, campaigns and public engagement, but more thoroughgoing changes are needed for these efforts to have long term sustainability. A draft hill walking strategy was produced in 2014 and will be implemented by the Hill Walking Working Group (HWWG) from 2015-17. The overall objectives of the HWWG are to:

a. Make the BMC, ‘the natural home for hill walkers’.

b. Meet the needs of existing hill walking members and reach out to prospective new members by creating an active, supportive and welcoming community atmosphere within the BMC.

c. Position the BMC as a leading authority on hill walking issues; to promote the benefits of hill walking and reach out to a range of groups and communities through education, involvement, support and leadership.

The reality in 2019, however, is that rather than the BMC becoming a natural home for hill walkers the 61.7% of members who list hill walking as their primary activity have become little more than an afterthought (figures from BMC Strategic Plan). While the organisation may have kept it's name it seems that in every way but the name change it's become Climb Britain by the backdoor. From the in-house magazine Summit to the website home page and from specialist courses to international meets the BMC shouts CLIMBING. Take the BMC website's home page for example, it's the she organisation's shop window but rather than showcase the range of activities and services equally it's dominated by climbing features. From "are squirrels nibbling the belays" to "Get skilled up on a club member training course" the main body is dominated by climbing. On the right hand side, however, if you look very carefully there's an option to click on "Most Comments" and hidden there at number 2 is "New figures show the huge popularity of hill walking" by Carey Davies. The article, published just over a month ago, highlights the growth in hill walking using figures from Sport England's latest 'Active Lives' survey - but the 2.8 million regular hill walkers the BMC claims to want to be THE natural home to have precious little else to encourage them to join. The RAD access info for crags app gets 10 times the screen space and search the upcoming events calendar and you'll find a climbing festival and area meetings but nothing for hill walkers. Scour the rest of the page and other than a mention of footpath repairs from the Mend Our Mountains appeal you wouldn't know the organisation had any interest in hill walking. 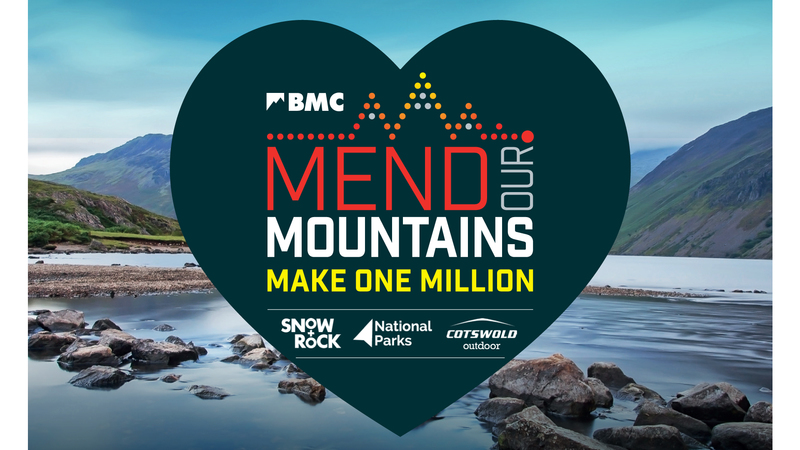 In 2013 Chris Townsend was appointed as the BMC's first hill walking ambassador, shortly followed by Carey Davies joining from TGO as Hill Walking Officer - and hill walkers, after years of being increasingly marginalised, felt progress was being made. Six years on, though, it's proved to be a false dawn and a massive missed opportunity. Chris Townsend is a world-recognised authority, but for some reason his contribution appears to have been limited to an appearance at the Kinder Trespass celebrations and a couple of tips articles. Likewise Carey has, to his credit, made the organisation a major fund-raiser for footpath repairs with a successful Mend Our Mountains campaign in 2017 and a less successful follow-up last year, but other than that has been able to have little impact. There is no doubting the commitment of either Chris or Carey, but the climbing, particularly now sport climbing has Olympic status, dominated everything from the makeup of the organisation's higher management to Summit content - and, importantly, the budget. 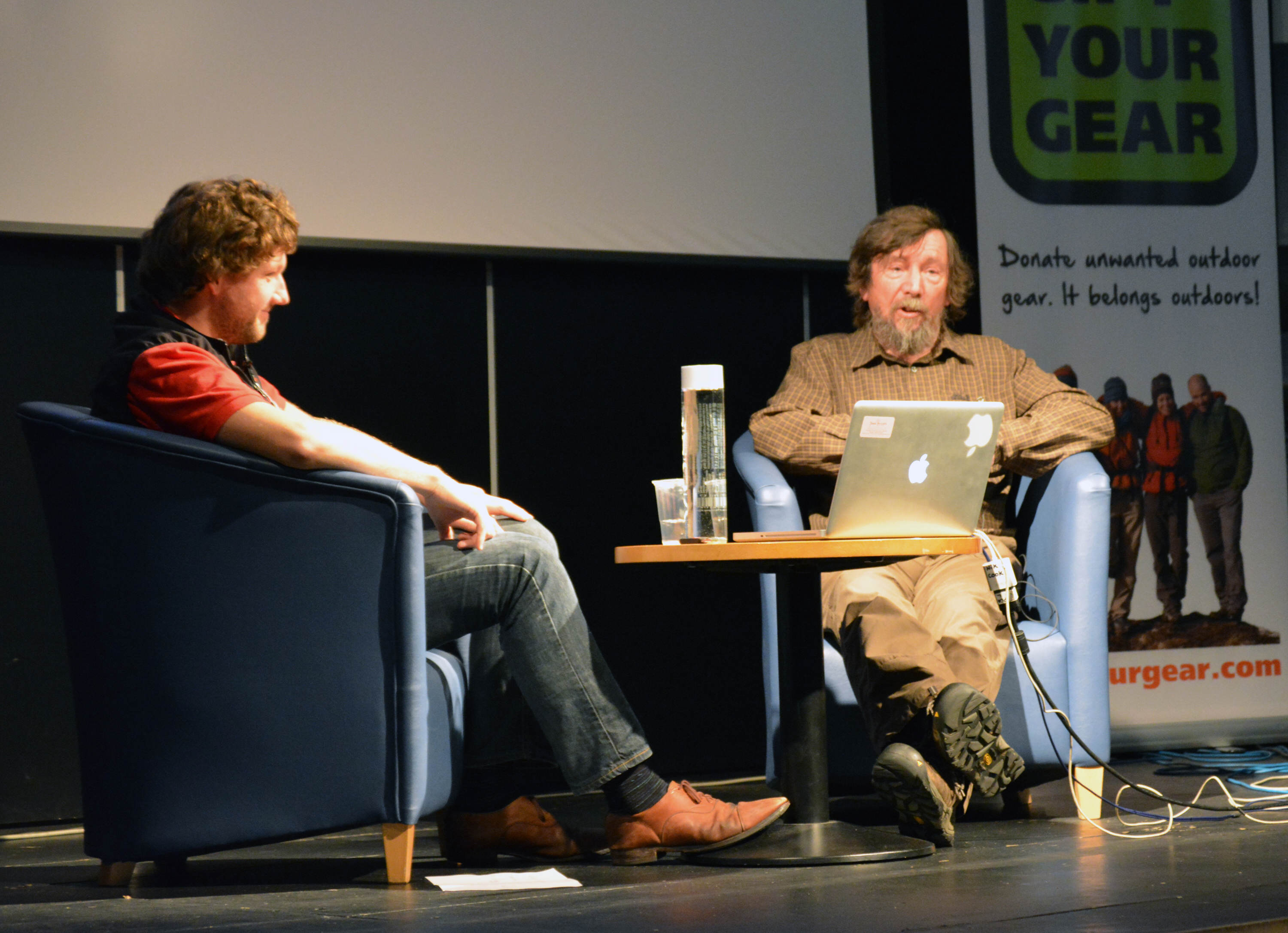 The first Mend Our Mountains was an unqualified success, and an example of how hill walking was not only seen as showing hill walking to be relevant to the organisation but highlighted the sectors importance in terms of access for other sectors including climbing. The follow up, over-ambitious £1million campaign, was less successful with the declared figures including "seeding" funds from the BMC for most of the seperate projects included along with a £30,000 award from a totally seperate annual European fund. There were also questions over highlinghting footpath maintenance by getting hundreds of people to wak along an over-popular eroded ridge. Overall, however, and in combination with final success in the long running coastal access campaign. the campaigns at least saw hill walking mentioned.

Sources have indicated that the budget has always been the stumbling block when it comes to hill walking getting anything close to the level of support given to climbing. The competitve climbing sector gets specific funding, not just for athletes but for "management" because it's quantifiable. With a quantifiable sport where success and failure can be measured in medals and places it's easy to see how the money performs, but with hill walking the benfits, though more far reaching are spread over what are seen as non-commercial sectors like physical and mental health. Until 2019 the issues have been further complicated by hill walkers, climbers and mountaineers appearing as a single combined figure in Sports England surveys.

You would think, therefore, that with a definitive number of hill walkers, well over half the membership putting hill walking as their primary activity, and a statistically significant increase in popularity now would be the time to address the matter. Instead, sources have indicated that an announcement is due shortly that Carey Davies has left the organisation and is returning to TGO - and that there are no plans to replace him at present with the organisation running a large defecit this year!

The aims are supposedly to "Meet the needs of existing hill walking members and reach out to prospective new members by creating an active, supportive and welcoming community atmosphere within the BMC". What hill walkers need is the same level of investment as climbing; 1st Aid courses for hillwalkers, navigation courses for hill walkers, hill walkers meets. In the last 3 years hill walkers have been continuously implored to put their hands in their pockets and in return they been served up.........well, next to nothing. The Ambassador role appears to have been quietly faded out and now the single full-time paid post directly responsible to hill walkers in an organisation employing tens of people looks set to follow suit. Far from meeting the existing needs and reaching out to prospective new members you have to ask "has the BMC abandoned any hope of being the natural home for hill walkers" - and the same could probably said for mountaineers.

We understand that an announcement from TGO will be made shortly regarding editorial staff, but they cannot comment at this point on the reports that Carey Davies is to return as Editor.

More in this category: « GB Climbing teams in chaos over funding and communications failures Wild camping - is it time for a conversation? »
back to top