Today I saw a Tweet suggesting you conquer a hill in your lunchtime. A fine…

For a while now I have wanted to ski tour, finally I managed to get…

For a while now I have wanted to ski tour, finally I managed to get the gear together to be able to! So I headed for the Cairngorm, I had…

A Winter Week in the Alps

A Winter Week in the Alps

In a follow up to the article The MyOutdoors Guide to Chamonix between the seasons from Dave and James, one of our Mountaineering Team, Alan 'Tosh' McIntosh and his wife Sam,… 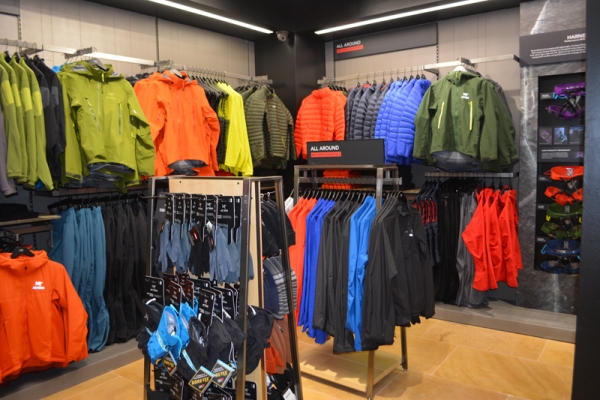 We don't buy into products, We buy into experiences.

We don't buy into products, We buy into experiences. 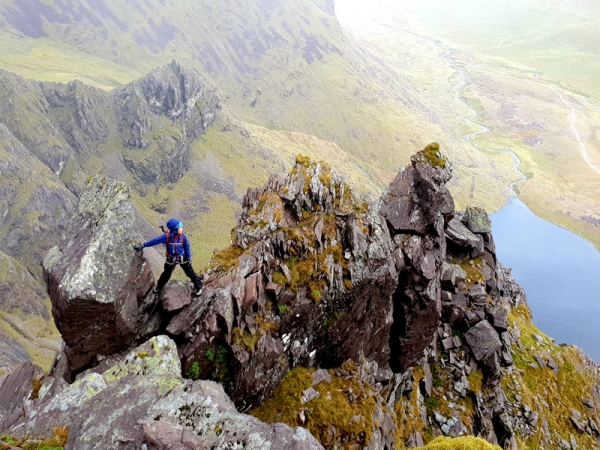 ‘How do you pronounce Carrauntoohil?’ ‘Karen-toole’ replied Piaras, mountain guide from Kerry Climbing. ‘It means inverted sickle, a serrated knife-edge. Just look at the ridge behind you.’

‘How do you pronounce Carrauntoohil?’ ‘Karen-toole’ replied Piaras, mountain guide from Kerry Climbing. ‘It means… 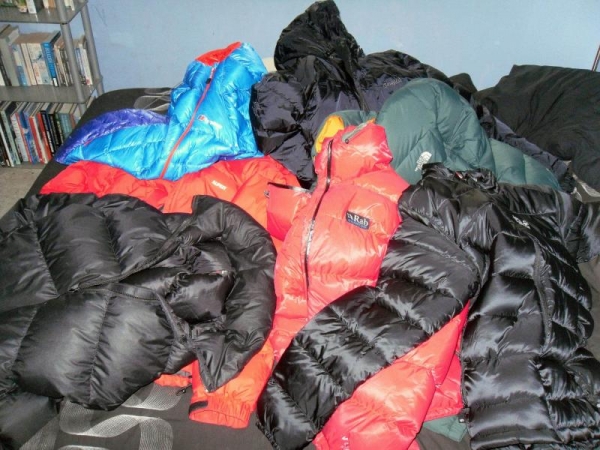 For a while now I have wanted to ski tour, finally I managed to get the gear together to be able to! So I headed for the Cairngorm, I had…

For a period of over 150 years the landscape of Snowdonia, and particularly the western side from Bethesda to Blaenau Ffestiniog was dominated by a brutal, industrial, visage of dark…

Wild camping isn't something we're used to seeing make the national papers, it's something we tend to whisper about in public; seen as illegal but widespread with enlightened national park…

In 2018 I visited the Cairngorms to write and photograph a feature for the British Mountaineering Council’s ‘Summit’ magazine. The piece was about using eMTBs to access the steep skiing…

Load more No more items
Subscribe to this RSS feed

I'll be honest. I'm getting frustrated. People go and spend a couple of hundred quid on a piece of kit and then either don't bother to do the little bit research on how to make it perform in the longterm or worse still balk at the cost of doing so. Even if's £7.50 and it'll keep your £250 jacket going for more than 2 years. Anyway I'm going to look after my gear. That might be lubing my drivetrain or looking after my clothing. My gear is an investment and I'd like to bet the best out of it both in terms of value and performance.

Published in Miscellaneous Reviews
Tagged under
Be the first to comment!
Read more...
Sunday, 14 June 2020 11:14

So I did a thing. I signed up to do the Virgin Money London Marathon. Now I'm not a runner, I'm a cyclist. Annoyingly runners can transition to cycling with ease, whereas us superior athletes tend to struggle because our  far higher fitness levels exceed our muscle memory and ability to deal with impact. So not wanted to injure myself I obtained a pair of On Running Cloudswifts to test.

It has been confirmed today that the 2020 Prudential RideLondon festival of cycling is cancelled. This decision has been taken by London authorities after engagement with partners involved in the planning of the event.

The eighth edition of the world's greatest festival of cycling was scheduled to take place on the weekend of 15 and 16 August and feature four mass participation events: the Prudential RideLondon-Surrey 19, 46 and 100 sportives, plus Prudential RideLondon FreeCycle, the free-for-all event that invites cyclists to pedal round seven miles of traffic-free roads in central London.

Will Norman, the Mayor's Walking & Cycling Commissioner, said: "RideLondon has been one of the highlights of the capital's event calendar for the last seven years, so it is obviously disappointing that it cannot be staged this year. This summer we hope that millions of Londoners will alter their travel habits by making journeys by bike instead of driving or using public transport. But it is absolutely the right decision to cancel this year's event to ensure the safety of everyone involved and we all look forward to welcoming RideLondon back again in the near future.

"The Mayor and I would like to thank Prudential, in their final year as title sponsors, for their support over the last seven years. We are already excited about the next RideLondon event."

Hugh Brasher, Event Director of Prudential RideLondon, said: "We know how disappointing this news will be to the tens of thousands of riders who were hoping to participate in one of the fantastic events in the world's greatest festival of cycling, for the thousands of charities that would have benefited from fundraising and for the world's best professional cyclists who love racing on the streets of London and Surrey, but I am sure everyone will understand why this decision has been made.

"All participants and charities that bought places in the 2020 Prudential RideLondon will be refunded their entry fee in full.

"We are currently working with Prudential and the Mayor's Office to see how we can celebrate the event weekend of 15 and 16 August.

"2021 will be the first year of a new contract to deliver RideLondon and, with the current unknowns about the short-term future for mass participation events and the importance of inspiring as many people as possible to cycle more often, we're taking the opportunity to fully review the format and timing of the event over the next few months."

In its first seven editions, Prudential RideLondon has become the world's greatest festival of cycling, with 100,000 riders of all ages and abilities participating in seven different events on traffic-free roads in London and Surrey. It has inspired hundreds of thousands of people to take up cycling or cycle more often and a total of more than £77 million has been raised for thousands of charities.

Brasher added: "We know that there will be many, many questions from riders, charities and others and we ask you to please bear with us as we work through all the detail. We expect to be in a position to provide full updates to participants and charities by the middle of June. We will also post regular updates on our website and social media channels."

Further information is available on the official website here.

Cycling is my preferred way of getting fit. It's also my preferred way of keeping fit. Face it I just love cycling. I've got 8 or is it 9 bikes? Hey don't judge me at least I have a faint idea and I know how many children I have. Well anyway last Autumn I was asked if I'd like to try a hybrid from Canyon. Well how could I refuse

Published in Miscellaneous Reviews
Tagged under
Be the first to comment!
Read more...
Wednesday, 29 April 2020 08:47

With the ongoing coronavirus outbreak, the nation is suddenly finding itself spending a lot more time indoors.

And now that all gyms — and a huge number of parks and gardens — are closed to the public, the question has to be asked: how are we going to stay fit?

Cycling might just be the answer you’re looking for.

I've never seen the attraction of running. When I first tried it to enter a duathlon, my fitness from riding made me go too far too soon and I had a sore shins for weeks. Besides we've a few runners on here so I didn't feel the desire to test any kit. But times can change and I was looking for a new challenge. So against all common sense and advice I've entered the 2020 Virgin Money London Marathon and in training for this I've the perfect opportunity to do a little testing, including the RX3 Compression tights from triathlon brand Zone3.

Published in Clothing Reviews
Tagged under
Be the first to comment!
Read more...
Wednesday, 11 March 2020 10:52

Let me state from the start. I don't believe there is a war on our roads. I don't believe that most drivers are out to get us. Yes there are some idiots which we've all experienced but in reality it's just there are a lot of  bad drivers. Cycling on the road can be terrifying but if you're going out with that mindset then you're not going to be enjoying yourself so why do it?. It helps to make yourself seen and make your intentions clear. The Indik8a is a system designed to help when it comes to making changes in direction.

Published in Accessories Reviews
Tagged under
Be the first to comment!
Read more...
Thursday, 13 February 2020 15:27

The Caravan, Camping and Motorhome Show returns to Birmingham’s NEC from the 18 – 23 February 2020. Brand new for 2020 is Electric in Motion, an innovative area where visitors can ride in style on some of the most cutting-edge electric ride-ons.

Things to do on a Bike : Remember You're Actually Having Fun

The world is a frustrating place today. Full of people pretending prejudice is a worthwhile opinion. People being more interested in what others are doing and getting enraged about that rather than trying to improve things for themselves. People who think that their knowledge, procured watching Top Gear, The One Show and the fat liar on GMTV is as valid as someone who has studied evidence from opposing viewpoints and come to an informed opinion.

I try to stay away from a lot of this and cycling is my escape and blessed relief but sadly the stench of self righteous, whilst always there, has now become a risk to my sanity. Cycling is in danger of becoming another outlet of middle aged ire and rage and I can't just step aside and let it happen. Not on my watch.