Velothon Wales has become the most popular Velothon in the world in terms of the number of riders who registered in the event's first year. Over 13,000 signed up to take part with places selling out in less than six weeks. Looking ahead to next year, Velothon Wales has already had a staggering 20,000 pre-registrations for the 2016 event.

This year's event saw cyclists ride an iconic route from a bustling Cardiff city centre, through Newport, Monmouthshire, Torfaen and Caerphilly. Riders started the sportive event in waves throughout the morning, firstly for the 50km route and then for the 140km route before the UCI-sanctioned pro race. The route took cyclists on a stunning tour of South East Wales which included the infamous Tumble climb and on to Caerphilly Mountain before the home straight back into the capital city.

The cyclists – over 60% of which were from outside Wales – began their ride close to Cardiff Castle on St Mary Street after being welcomed to Wales with the Welsh National Anthem. The event was officially started by Wales rugby legend Colin Charvis who then got on his bike to join riders on the 140km closed-road route. 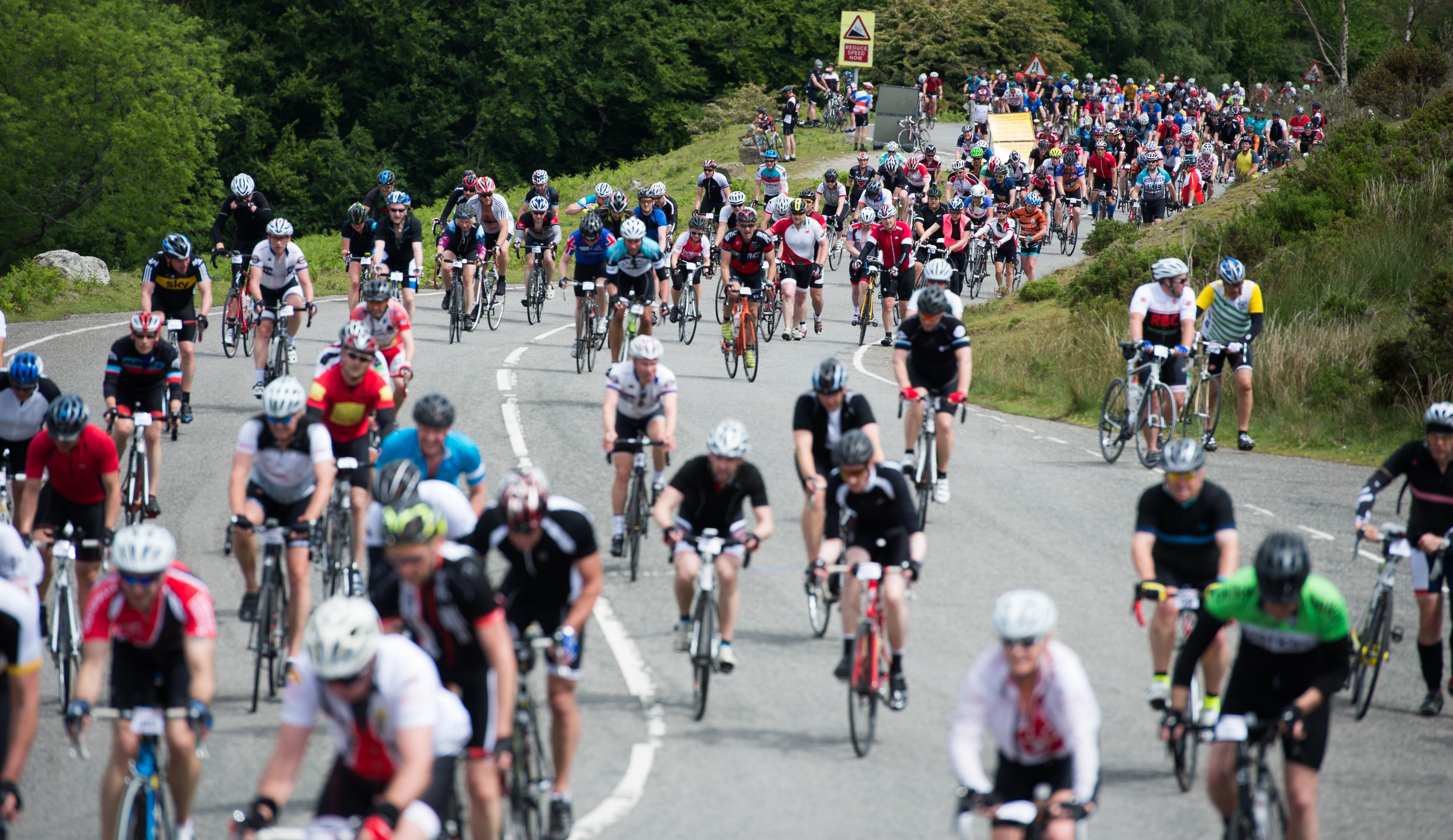 The former Wales rugby captain said: "I was privileged to be a part of the first Velothon Wales. Having the roads closed gave us a great experience as riders and there was a fantastic atmosphere, there were smiles from the very start and all the way around.

"I saw thousands of cyclists enjoy themselves and there were thousands of people around the course sitting in their garden or having barbecues cheering us on. There were kids shouting us along and holding up signs and it's so inspiring to be a part of that. When you're going up Caerphilly Mountain and the legs are tired, knowing you are involved in something so special just spurs you on. This was a great way to showcase Wales as a sporting destination and we should feel very proud as Welsh people to support such an event."

Velothon Wales is expected to have raised more than £500,000 for charity by fundraising participants while the direct economic impact to Wales is estimated to be in excess of £2m.

The Deputy Minister for Culture, Sport and Tourism, Ken Skates said: "This one-day major cycling event provided us with a unique and exciting opportunity to showcase Wales to the world. I was pleased to see people coming out in support along the route and giving all participants, including those cycling for charity, a warm Welsh welcome. We thank local residents for their support, which helped us to deliver a safe and successful event. There are lessons to be learnt from this new event and as is the norm after any major event, we will now work with partners to conduct a full post-event review." 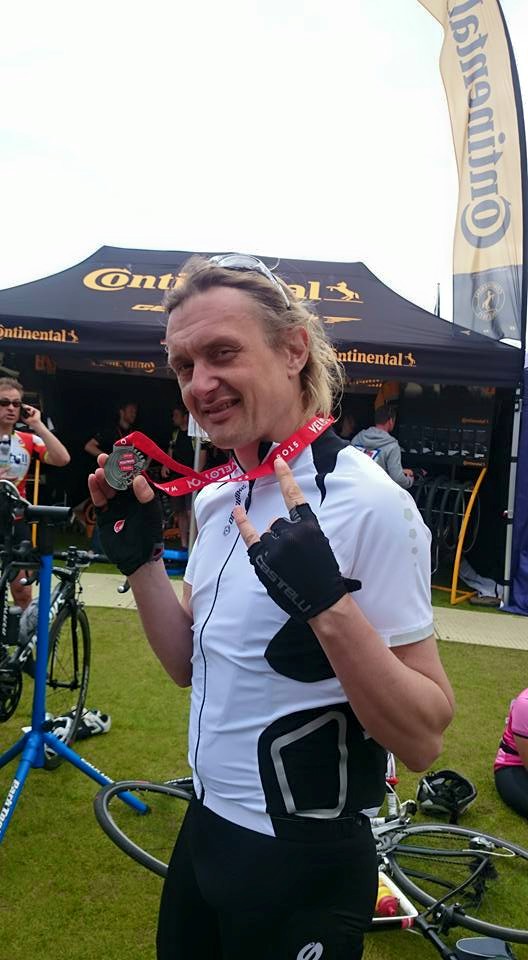 Speaking at the finish line, participant Dan Scott, 24, a contractor from Cardiff, said: "Velothon Wales is such a great event for Wales. My favourite part of the route was the Tumble climb as I love a challenge. I couldn't believe all the people that turned out to support the cyclists along the whole route. I would like to say thank you to everyone who came out in support. I hope to see more events like this in the future in support of staying fit and active."

Kari Jones, 36, of Talbot Green participated with Wickets and Wheelers Cycling Club to fundraise for 2 Wish Upon a Star for bereaved parents. She said: "We had 50 riders cycling the Velothon Wales and we all thoroughly enjoyed it, the route was great and the support on Caerphilly Mountain was really good - despite it being hard."

Janet Davies, a local government officer, from Crosshands, Llannon (50km): "It has been such a great event with ideal weather conditions. My favourite part of the route has to be the Caerphilly Mountain thanks to its glorious views and because I love a challenge. Many people got off their bikes and walked at this point, but not me! Everyone has been so friendly - I started the route alone and ended riding alongside another cyclist as we helped each other to the finish line. I believe that events like these are absolutely brilliant as they bring so many people to Wales. Everyone involved with the event, including the Velonteers, has been fantastic and the closed roads have meant that the route hasn't been over-crowded. All in all, a fantastic day!"

Whilst a date for the 2016 Velothon Wales event has not yet been announced, pre-registrations are now open at www.velothon-wales.co.uk

Some quotes from participants

Dan Henyon, 28, an insurance consultant, from Caldicott: "I rode the 50km route and enjoyed every second of it. It was very challenging at times especially the Caerphilly Mountain but the support of the spectators all came out and helped me get through it. I can't wait to take part again next year!"

Janet Holmes, a food technologist from Cardiff: "I took part in the 50km ride and really enjoyed it. I absolutely loved the route and I have to say that the organisation was fab – from the beginning it has worked like clockwork. My favourite part was the ride back into Cardiff as it was unbelievable to ride along roads that I drive along daily. Needless to say, I had an amazing day."

Ben Matthews, 15, from Cardiff: "I didn't take part in this year's Velothon Wales but I have definitely been inspired by everything that I have seen. I will be sure to take part next year."

Glen Forrest, 27, an Oil Refinery Worker, from Pembrokeshire: "It has been a really good ride and I have thoroughly enjoyed taking part. I was riding the 50km ride and managed to finish it in one hour and 50 minutes. The Caerphilly Mountain was by far my favourite part of the route and I'm off to have breakfast now to celebrate!" 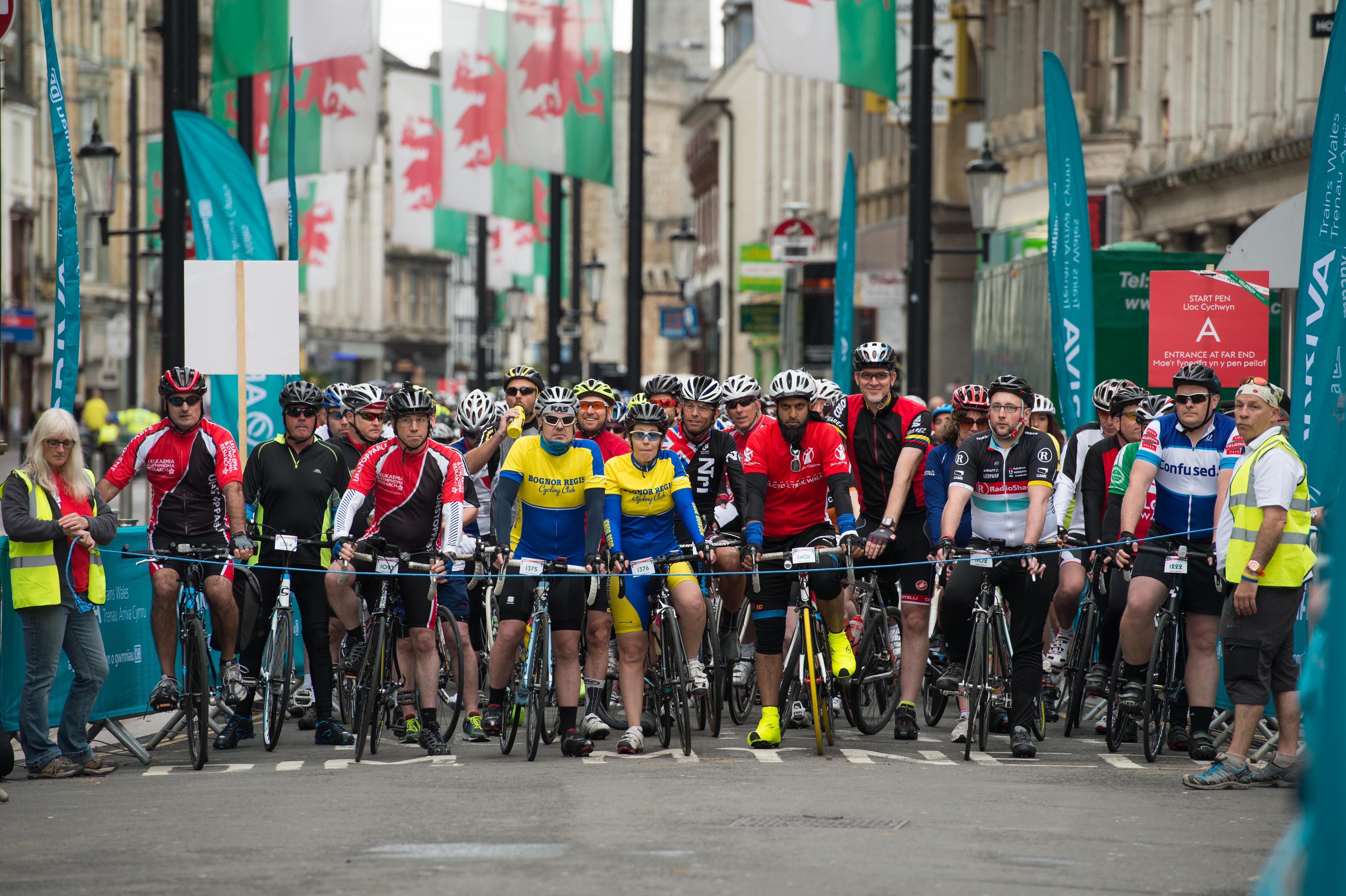 More in this category: « Marmot Dark Mountains™ Elite Race Preview Everest Double Bill Comes to Buxton for One Night Only »
back to top