To give it's full title Alan Hinkes – the First Briton to Climb the World’s Highest Mountains, is the latest production from multi-award winning film maker Terry Abraham.

As is common these days the film will have multiple "cuts" so it's important we say here that we're looking specifically at the DVD version, or Directors Cut. This is the version where the Director, Terry, gives you the full works with scenes that didn't make the premiere and a running time of 1 hour 46 minutes. Over the space of almost 2 hours the film sees Alan on location in Yorkshire, of course, Snowdonia, the Lake District, the North Pennines, Sweden, Norway and Nepal along with archive photos and video from his early years in Northallerton to summit video from his succesful mission to become the first, and only, British Mountaineer to climb all the world's 8000m peaks. 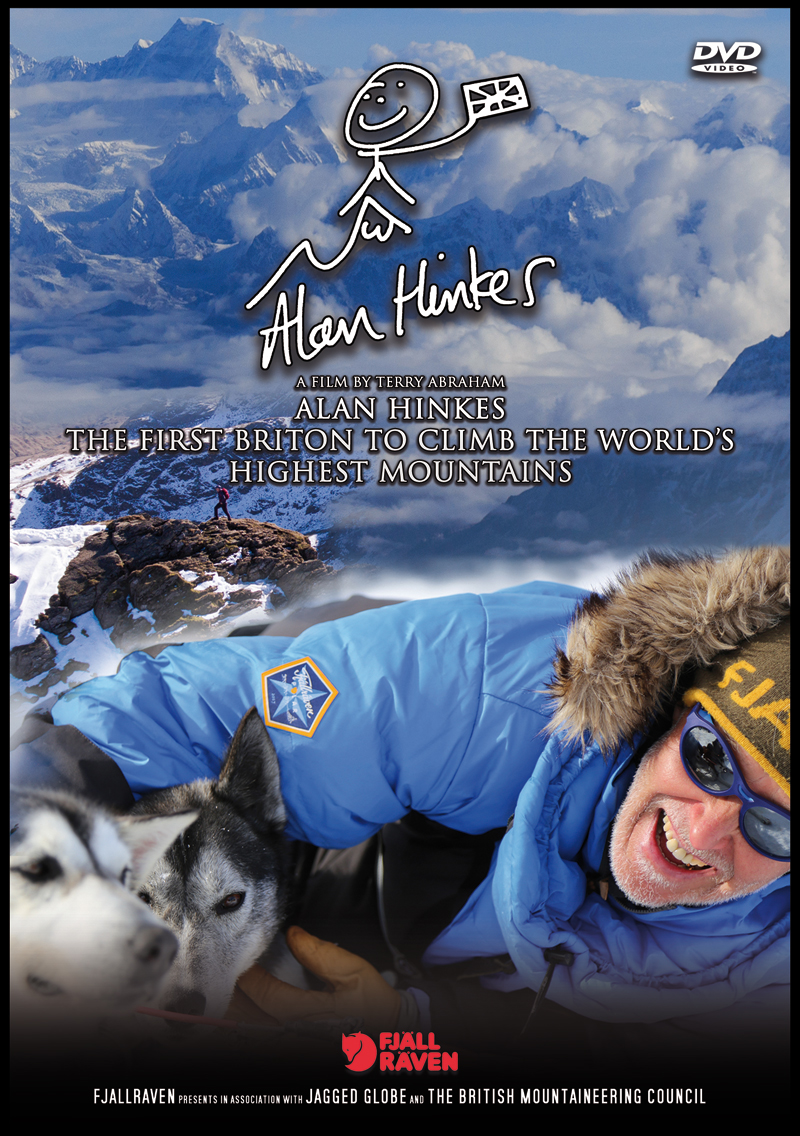 The film has two very distinct parts, the first hour looking at Hinkes as a whole; what drives him and his interests outside mountaineering, with the final 40 minutes more focused on his 27 high altitude expeditions and the quest to join the elite list of mountaineers to summit all 14 8000ers. In the first hour you get an insight into Alan's love of beer and trains along with contibutions from fellow climbers, academics, celebrities and family on what makes Hinkes the man he is. From Paul Ross' observations that "he certainly hasn't had the recognition that some climbers who, perhaps we can say they are more in the establishment and have been more promoted with what they did more than Alan" to the classic "I just think he's a crazy person that you tend to like" from his grandson the film invest heavily in those who know him best. 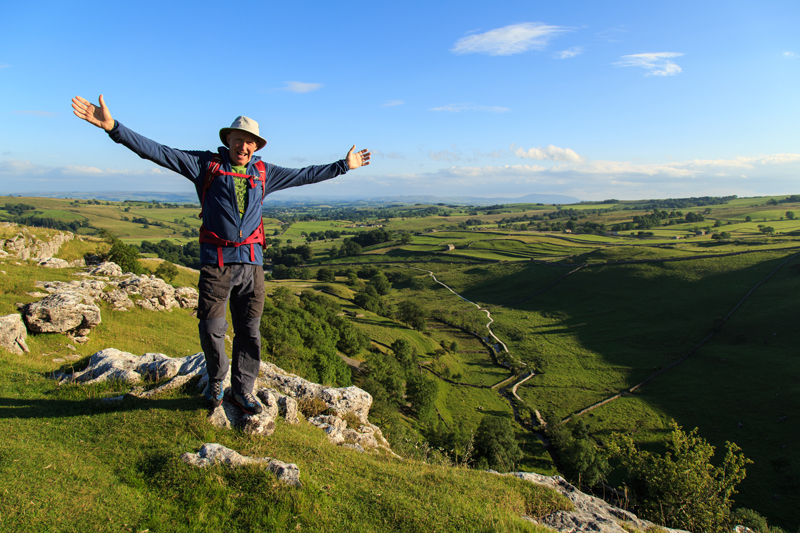 While the whole film, and the first hour in particular, portrays Hinkes as an exaggerated bundle of energy almost Brian Blessedesque with his enthusiasm for everything, and Yorkshire in particular, the final 40 minutes offer a few limited glimpses of the serious "game-face" of Britain's most successful mountaineer. The dangers of high altitude climbing are epitomised in a harrowing sequence of archive footage on Kanchejunga's summit faced with a real possibility he wouldn't survive the descent where he records what he knows may be his last message and final image.

Alan Hinkes - the First Briton to Climb the World's Highest Mountains is also an unmistakably Terry Abraham production, with his characteristic lingering panoramas linking scenes that cover the planet from Scandinavia to the Himalaya. Fans of his Life of a Mountain series will delight in the combination of full-on vistas and dramatic soundtrack, though with the added bonus of stunning footage with Fjallraven in the Arctic and classic Himalayan panoramas. Of course fans of the series will already be familiar with Alan from his cameos in Scafell Pike and Blencathra, and get a full 106 minutes of the man in this offering. 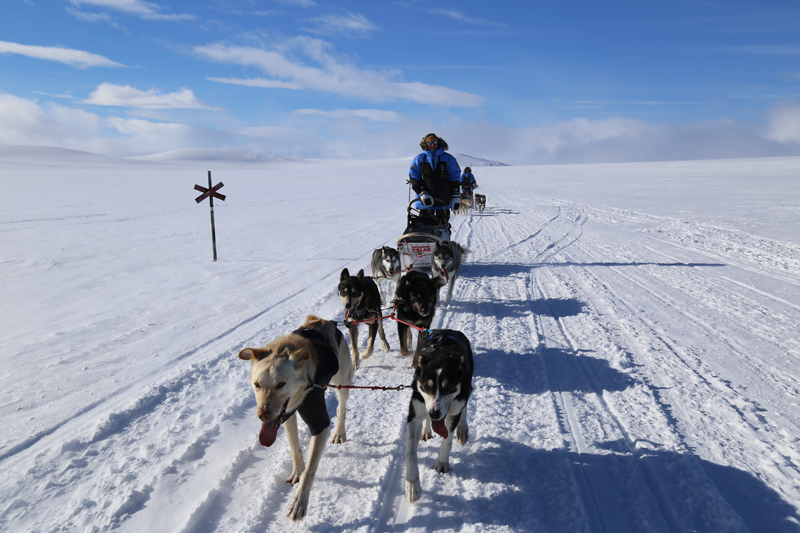 I have to start by saying there's no harder job than to review and critique a film made by a personal friend about a personal friend! But in the words of a film critic and photgrapher I respect I have to "pretend you're Simon Cowell" and be objective.

So the big question is: Is it a true reflection of who Alan Hinkes is and does it work as a film. Unfortunately there's no simple answer to that question. At 1 hour 46 minutes it's long, but this is the Director's Cut and that has to be taken into account. No doubt there will be shorter cuts for TV and festivals but this is the version where the Director, Terry, wants to show you everything. It's also the version where the corporate sponsors get their payback, and you have to understand that without these sponsors films like this simply wouldn't be made. 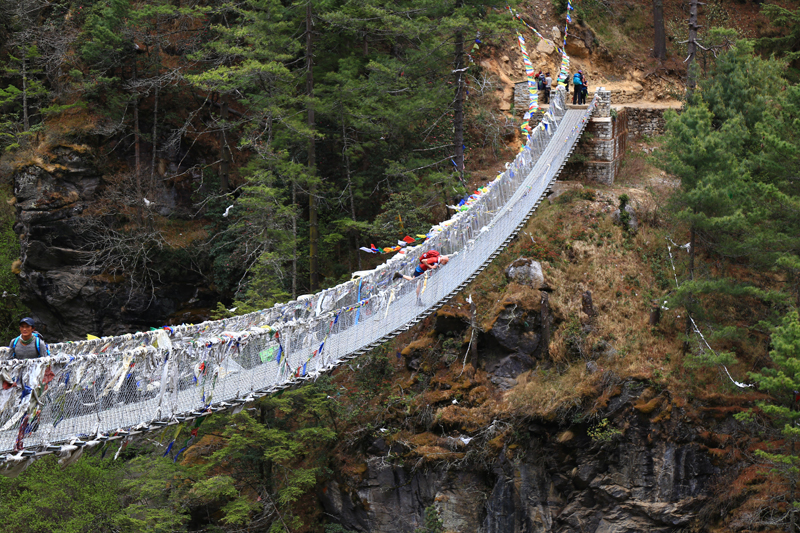 In some ways it feels as though a more appropriate film title would be "An audience with Alan Hinkes", though with a nod in the direction of "This is Your Life". Alan appears as an irrepressible, almost over-the-top enthusiastic, bundle of energy; a force of nature that leaves a trail of memories in his wake and a man that does nothing in halves. He's non-PC without being offensive, independent without being specifically anti-authoritarian (something he's been accused of) and supremely confident without being patronising or aloof. He dominates every scene, but in doing so it allows the film to show that he's very much a "what you see is what you get" character..... he's "down to earth" as Paul Ross puts it. The Alan Hinkes who photobombs you on the summit of Blencathra is the same Alan Hinkes who bounces around Leeds Carnegie cracking jokes when he's supposed to be undertaking testing or the same Alan Hinkes who can go all Mr Blobby over a steam train.

Alan's involvement with the Duke of Edinburgh's Award and YHA shows a side many people won't have seen and the scenes with his grandchildren are showstopping, but it's actually in the final 40 minutes that you get a fleeting glimpse of the cost his 8000m quest has imposed. Beneath the ever present humour you see the mental reconciling of the number of friends he's lost and tinges of regret at the changes affecting Kathmandu and the Khumbu. To those who've only seen the hyperbolic enthusiasm that Alan brings to his public life it's a revelation and a credit to the Director; it's unlikely that any other Director could have elicited these vulnerabilities without the personal friendship between Director and subject enjoyed by Terry. 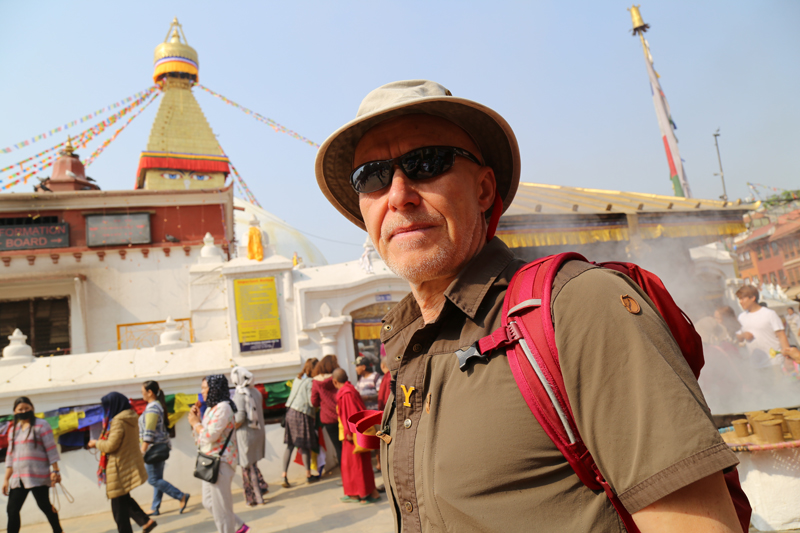 What Alan Hinkes – the First Briton to Climb the World’s Highest Mountains isn't is an off-the-shelf biopic. You don't get any deep philosophy or analysis into what drives a man to climb the world's highest mountains and the film does come with something of an agenda. There's omissions and there are times when you wonder why a particular scene was included or included where it was. But what you do get is Alan Hinkes today, faithfully and accurately depicted. There may be no mention of the Cho Oyo controversy but for Alan there is no controversy (a view I personally support) and nothing to answer and the film reflects that. The film isn't a historical record, it's a portrait of Alan Hinkes and in that he's instantly recognisable.

So it is a true reflection of the man but does it work as a film? There is no doubt that in the 1 hour and 46 minutes there's a brilliant film but equally there's no doubt a tighter cut of around 45 minutes to an hour could have told the same story. But, and it's a big but, the full length Director's Cut serves to show a consistency of character that could be questioned in a highly edited highlights. We may not have needed the fell top "I love the Lakes" scene that looks like an advert for the National Park, or even the Fjallraven Arctic Challenge footage to paint his portrait but what they do show is how he carries his almost irreverent humour and enthusiasm with him wherever he goes. It's as much a part of his DNA as his Yorkshire heritage.

A tighter cut for a shorter version may also reduce the mentions that Alan doesn't get the recognition some other mountaineers do, and nothing like the standing he'd have in many alpine countries for his achievements.  This theme recurs throughout the film from friends, colleagues and peers alike and is undeniably something of an agenda in the film's making. When it comes to a critique it would be easy to question whether a film by a friend about a friend is going to treat the subject of recognition impartially but take the film away, take the friendship away and you're still left with the undeniable facts that in France or Switzerland, Austria or Scandinavia, he'd be a household name, instantly recognisable.

So is it a true refection and does it work as a film? Yes and Yes. For the lovers of Terry's trademark panoramas the additional few lingering seconds on each scene are more than welcome, for those with a love of the mountains the Nepal and Scandinavian footage is superb and for those who want to see a wider, fuller, portrait of the man who climbed the world's highest mountains the extended play time of the Director's Cut will be time well spent.

Alan Hinkes – the First Briton to Climb the World’s Highest Mountains will be available to buy digitally via the Steepedge website and as a DVD from November 10th and will be available nationwide from retailers as well as on Amazon UK and the Striding Edge site.

More in this category: « Life of a Mountain: Blencathra. An exclusive 1st review Q&A with the Magnetic Mountains Team »
back to top