Iceland - the land of ice and fire (and more recently months, hurricaine winds and slush). Jessie Leong went to the ice caps of Langjökull to test the grip on the Women’s Arctic Ice Tall Muck Boots…

As part of my test for My Outdoors, I’ve taken the boots whilst working as a snowmobile guide in full winter conditions , on a short evening hike up to Hveragerdi hot thermal river and pottering around the black sand beaches on the south coast. These boots are great – because the grip is much improved compared to the original Artic Ice boots with the addition of the Vibram sole, and the high top gives additional security in preventing snow from sneaking in. 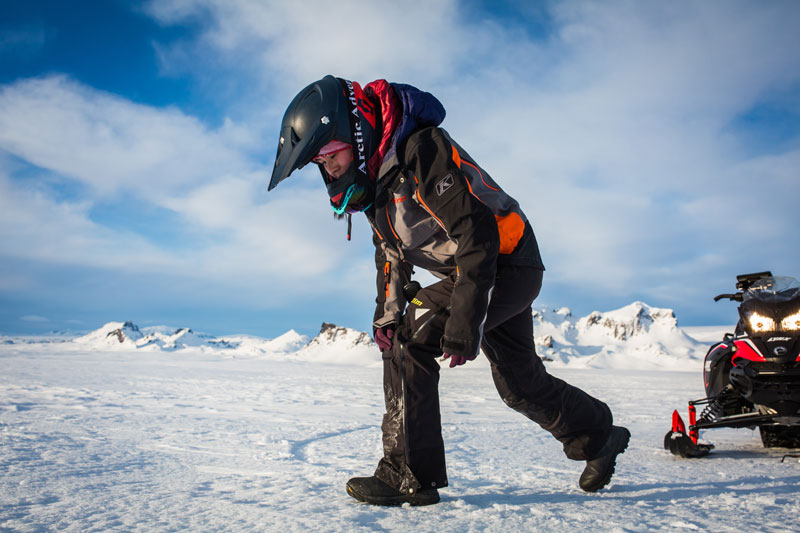 Mid-Height: with pull-tab for easy on and off

If you told me that one of the best boots for working on a glacier were the ones made by The Original Muck Boot Company over a pair of trusted B3 boots for bashing about in the snow, I would have gawped at you in disbelief.

Yet here I am, reviewing the neoprene lined boots on Iceland’s second largest glacier, an ice cap covered in a thick layer of snow and compressed ice. The name, Langjökull, means ‘Long Glacier’, a vast area covering some 950 km2 that is only really visible as a band of white along the horizon line, distant cracks of crevasses just about noticeable until the harsh winter weather blows over thick, impenetrable snowdrifts and bitterly cold winds. Bands of white are only interrupted with the sharp, jagged lines of the Jarlhettur ‘Earls Cap’ mountain range – and the snow and ice pack can vary from bonded wind slab, soft powdery snow to melting, snowy slush. 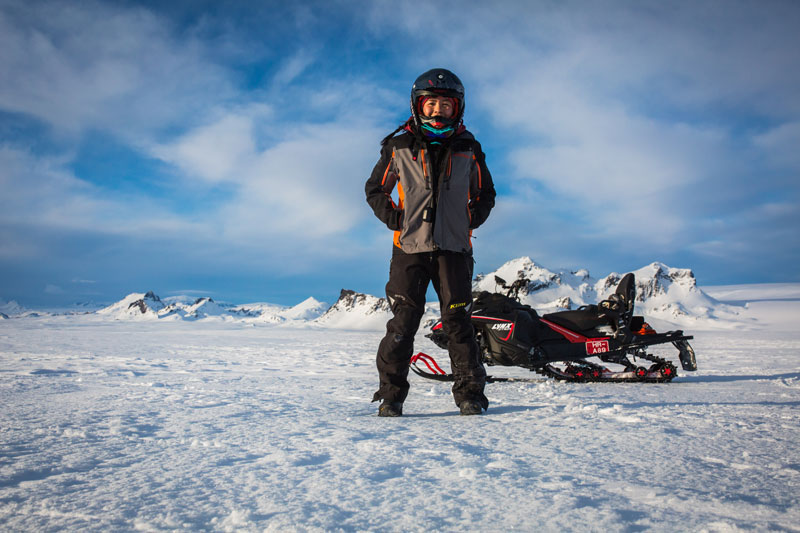 As a snowmobile guide working in Iceland, I’ve learnt the value of kit is a lifeline in harsh conditions. It’s the difference between developing frostbite if it’s not protecting one properly from the harsh winter conditions. Therefore, I was looking at testing these boots not only in work mode, but also on my leisure time exploring some of Iceland’s most rugged locations.

The main issue with Iceland is… well that it can be icy. But ice can manifest itself in many different forms, and one of the scariest prospects is crossing old snow that thaws and re freezes, forming a hard ice pack on the surface with uneven surfaces. Having worn a pair of Muck Boots previously, I found the grip to be lacking as the tread wasn’t aggressive enough and had less traction. By comparison, the new Arctic Ice Tall Muck Boots were much more successful, resulting in less slips and confidence walking on ice. I tested the boots on a long uphill slog in search of Hveragerdi’s geothermal river, choosing the muck boots over the B3 winter boots as I suspected we might come across some deep, slushy snow. We waded through saturated muddy bog, to hard, compacted ice – a real mixture of conditions. Was it worth visiting the Hveragerdi thermal river? Maybe – if we’d realise that due to an earlier rise in temperatures, the hot river was actually more like lukewarm at best, and the walk in was more like an hour and a half in fading daylight. The boots did give me a greater sense of security compared to wearing another form of boots, and the small raised stuffs on the aggressive tread helped ‘bite’ into the snow and hard ice. I didn’t carry any crampons or snow spikes on the hike – and found that I had the confidence to trust my feet. 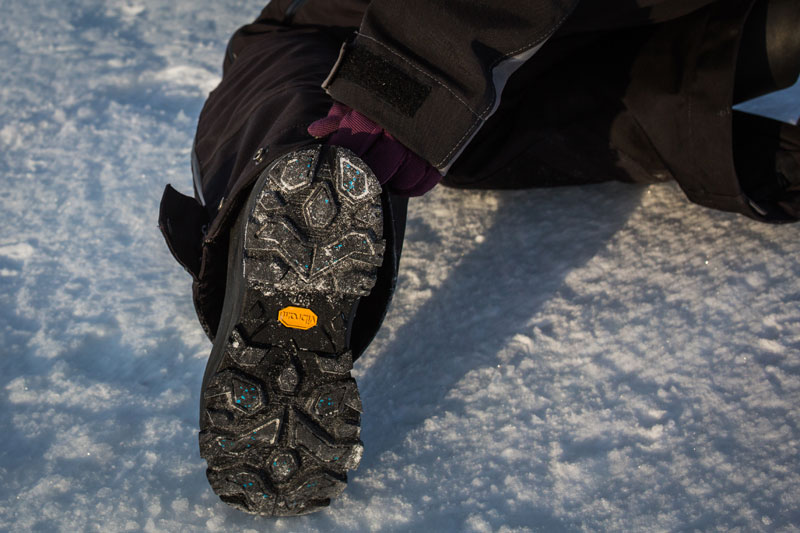 The Arctic Ice muck boots were super comfortable to wear throughout. The neoprene band at the top makes the boot feel closely fitted but not too tight, so there’s a degree of safety ensuring the boots don’t just start to slide off . They were also just enough room for me to wear a pair of thick Icelandic wool socks whilst wearing them, although if I wanted to wear an insole I would recommend wearing a whole size larger. 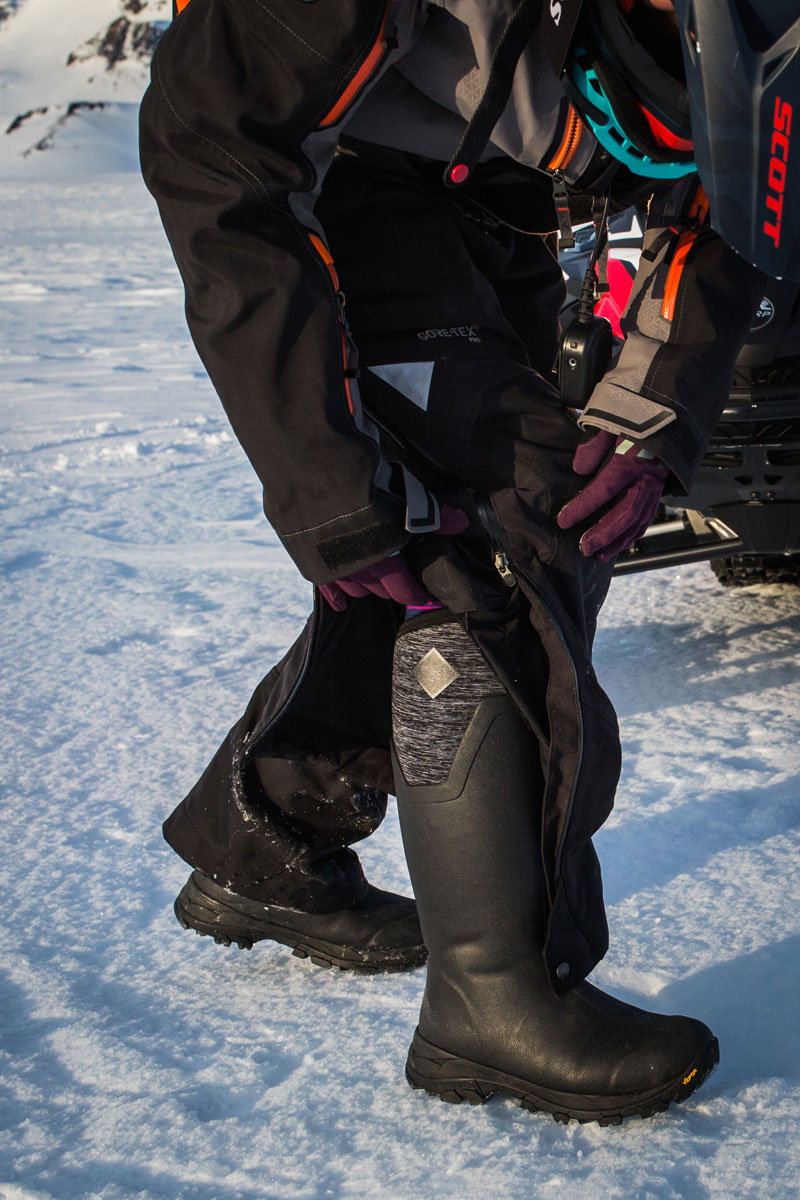 Having tested these boots in ambient air temperatures ranging from -6 to -12, I’ve found these boots to retain the heat well. However, there is possible comment that due to the close fitting nature (particularly around the calf area) that this restricts airflow and therefore hinder a little in keeping the precious feet warm, especially in static situations. It can be tricky as if the activity requires the feet to move about and create sweat, meaning the boots are likely to result in cold patches where the sweat is produced and starts to cools and condense. I also wore these in a ‘civillian setting’ over the top of a pair of jeans and noticed that due to the close fitting nature of the boots my legs were super toasty. Perhaps the boots were a little too fitted around the calf for my liking, which resulted in my feet being a little bit too warm and on the sweaty side. 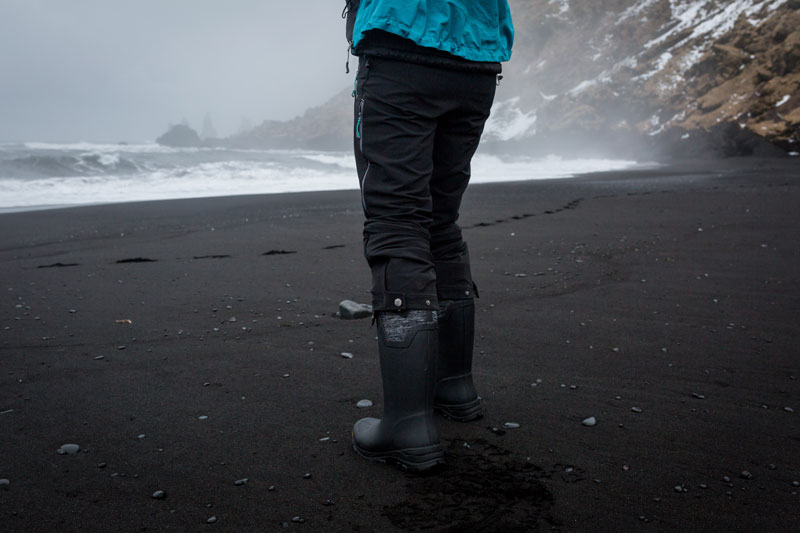 As part of the test, I deliberated between a size 38 and 39 and opted to try a pair of EU size 38 /5 boots. As someone who is normally between sizes, the Women’s Arctic Ice Tall should be true to size if you order a half size bigger then your normal size.

When wearing trainers I usually wear a half size up (Eu 39) and my winter B3 boots are a size EU 40. Wearing size 5 muck boots, my feet just about touched the inside front of the boots – but not uncomfortably squashed. If I was going to purchase these again, I’d recommend going for a half size bigger for the boots to be comfortable and a full size bigger for them to be roomy.

Flexibility / Ease of use

The boots are super straightforward to put on making them super easy to use. No zips, no fastenings to worry about - just slide them straight over winter socks with the help of the little tabs on the back of each boot. I did notice that the boots had a curve above the arch of the foot so they felt quite ‘springy’ in shape - but they didn’t have much flexibility above the toe box. This was only an issue when I was driving a car and pushing on the pedals. The boots felt quite stiff ( but not wholly rigid) and so could arguably limit the flexibility if they were kept on after adventuring in the outdoors. By comparison, when I put these boots on for snowmobiling, the boots came into their own and stayed on even when I bent my food and moved around on the snowmobile – they didn’t slide off at all. 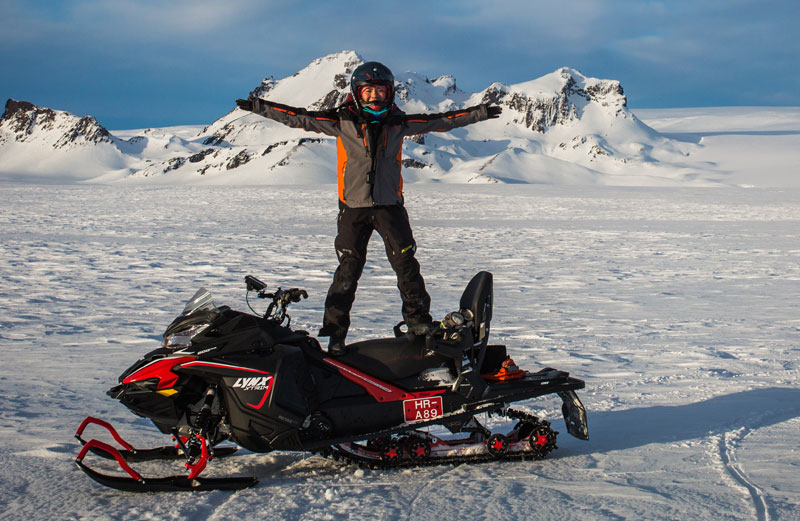 I’m actually a big fan of how the Women’s Artic Tall Muck Boots look being worn. Underneath a pair of snowmobile salopettes, they look like ‘normal’ rubbed toed boots, but worn by themselves they look smart enough for casual wear – the grey band also adds a nice visual feature and don’t immediately look too equestrian or ‘outdoorsy’. 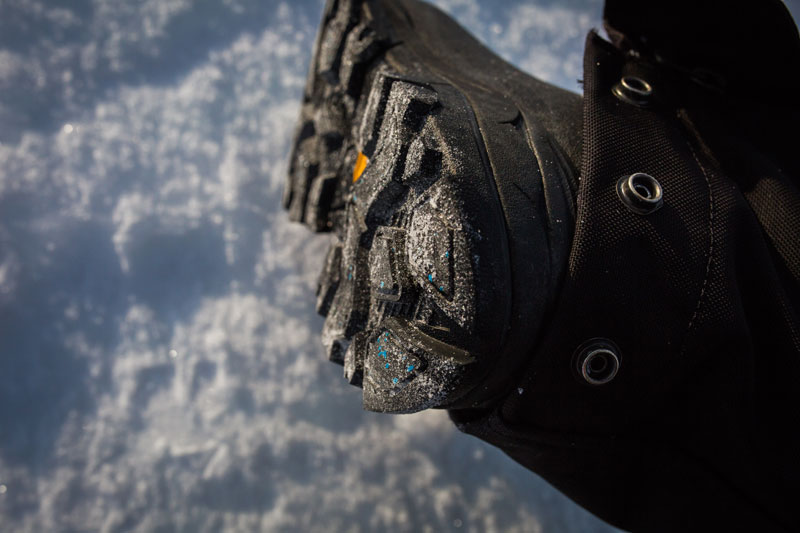 Overall, the Women Arctic Boots have become a solid winter favourite that I’ve loved testing, and have become my ‘goto’ boot for walking on all types of snow and ice. They were super simple to put on, and with a bit of wiggling, easy enough to take off aswell. For sizing reasons, I wish I had chosen a size larger, but found the boots still roomy enough to accommodate my winter socks. They were warm and insulating even in the cold, crisp weather in the middle of Icelandic winter. I’d recommend considering purchasing the boots if you’re after a pair of ‘everyday’ winter boots.