As it turn’s out I’ve never had to say this within any group therapy, as my addiction is outdoor gear. Outdoor Gear Anonymous isn’t a thing.  But my interest in outdoor gear is.

I’ve been involved with ‘outdoor’ all my life in one form or another, walking, sailing and skiing as  child in the 1970’s. The decade of glam rock, punk and footballers with curly perm hairdos. It was also the period when outdoor equipment started to really metamorphosis from ex army jackets and woolly jumpers in to tech equipment and items specifically designed for outdoor sports. I remember seeing a pair of Salomon ski bindings at Cairngorm with brakes built in, and plastic ski boots with buckles. Through the 70’s my ski boots were leather and had laces. 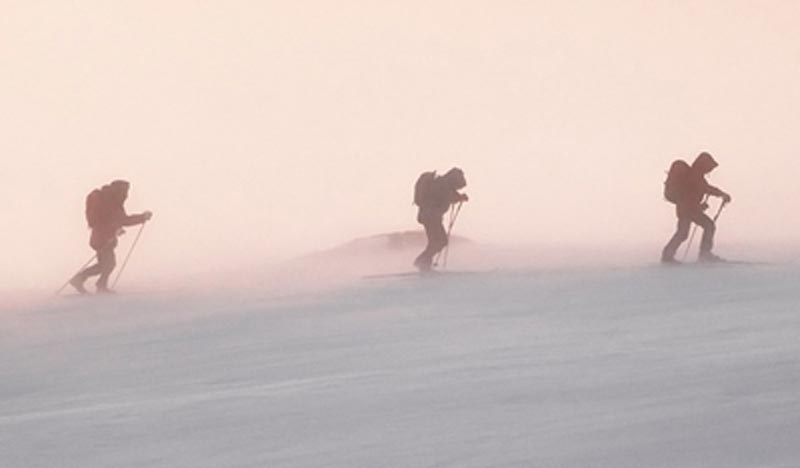 In the 1980’s ‘Footloose’ magazine came along, with Chris Townsend reviewing kit. As a teenager I’d soak it all up with interest, and on occasion I’d get my hands on the latest gear - Scarpa Bionic boots, Ultimate Peapod Tent and early Petal Zoom headlamps. Aged 16 I had a Saturday job in The Alpine Centre in Blackpool, owned by Peter Gentil who was involved with MOAC in it’s early days alongside Ellies and Bob Brigham. I was  kid working in a sweet shop. I had a poster of Doug Scott on my bedroom wall. Outdoor was niche.

Now outdoor gear is everywear, glamping is a thing and outdoor is cool, mainstream, and being used to sell wardrobes. But there are still small brands doing interesting things, not in the mainstream but tucked away and sought out by those looking for something bespoke or simply different. If you know about Alpine Luddites, Northern Playground, or maybe  Rocday then you’ll know. Then there are brands that have been hidden in plain site, quietly doing their thing making high quality, environmentally friendly products that can withstand the harshest conditions. One such brand is Klättermusen from Sweden, they’ve been around for 45 years, and been on my radar for the past 10. Pelle, a Swedish friend of mine had a pair of their trousers, they caught my eye and I was introduced to the climbing mouse. 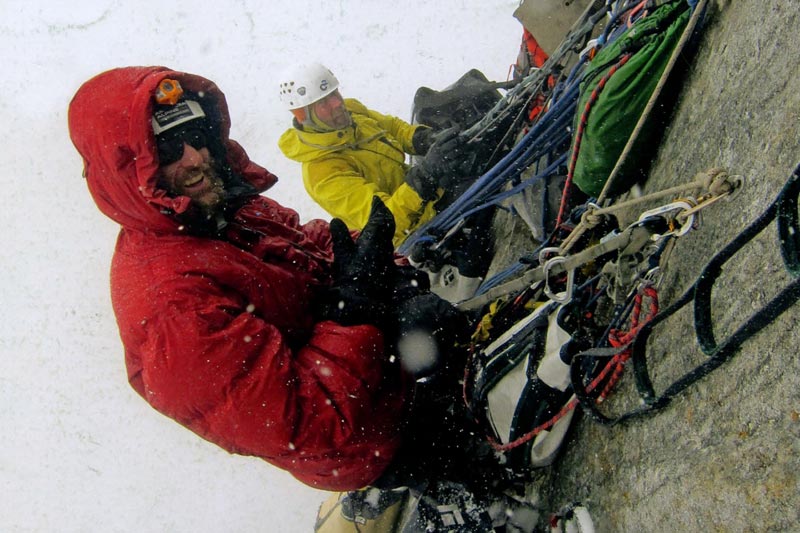 Klättermusen goes back as far as 1975, when Peter Askulv a forestry student and keen climber decided he wasn’t satisfied with various pieces of equipment including a failed gaiter. So with a group of friends he set up a small workshop on Åre allowing them to make their own thoughtfully tailored equipment, that was able to withstand the rough terrain and weather in northern Sweden. By the 1980’s it had become a company employing a handful of machinists and makers, supplying technical, high quality and durable products direct to those in the know. And in many ways that has where it has remained, a brand for those in the know. It’s a brand that doesn’t shout, a fact echoed in it’s name, which translates as ‘climbing mouse’. This isn’t ‘The North Face’ which shouts big and bold, it’s a diminutive mouse that climbs.Yet mice are hardy little creatures who evolved 11 million years ago, they go about their business often un-noticed and have evolved to be one of the most successful mammals on earth. You’ll find the furry little creatures in lowlands and on mountain tops, from the Teak forests of Thailand  to the Himalaya.

I caught up with Klättermusen CEO Gonz Ferrero recently to find out a bit about the brand and it’s plans, and a bit about the man at the helm. Or should that be sharp end of the rope. We chatted via video link. It’s how things are done these days. Gonz was in Turkey visiting relatives, and as you may have guessed he’s not Swedish. He’s Spanish / Peruvian and grew up mainly in Argentina. In fact he didn’t have a particularly ‘outdoor’ childhood apart from occasional ski holidays, most other vacations involved visiting relatives. After university in the USA he was on the brink of ‘gap year’  before a job offer in Madrid came along, a date with the world of finance. Which maybe easy to criticise but it’s a world with structure and mentorship built in which can be a good thing if you see yourself heading in to the business world. He then moved in to  developing solar farms for a time before winding up in China working in the marketing and entertainment industry, connecting  record labels and film studios with end consumers in innovative ways. In the space of three years the company went from being three people to 400. 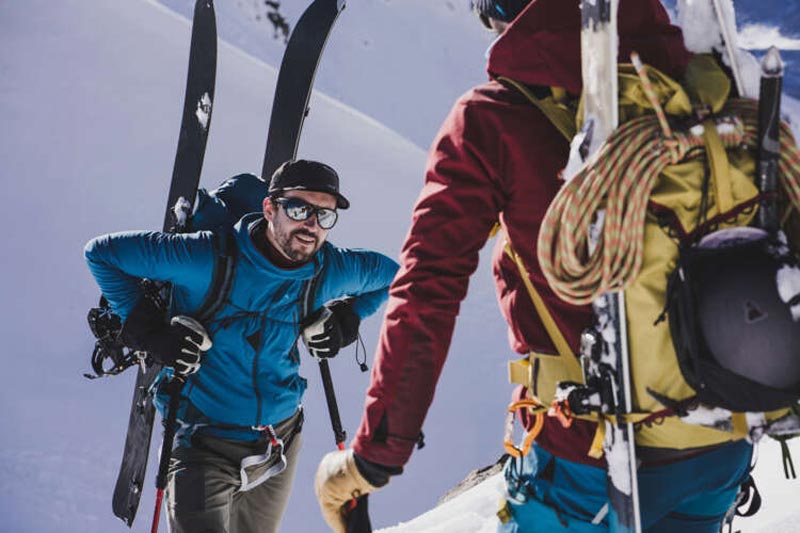 But there was still the issue of the missed gap year though, so when the opportunity came to sell his share of the business he checked out.

A chance to final have that gap year of travelling, primarily by land, and without to much technology. This wasn’t a tour aimed at Instagram, but about slowing down and seeing the world at a gentle pace, with his girlfriend of the time and now wife.  They included a winter season in the alps.

It’s at this point that an interest in the outdoor industry began to take hold, while shopping for new kit Gonz couldn’t help be struck by the ubiquity of it all. Similar products, marketed in a similar way using similar fabrics, with brands competing with each other yet selling largely similar products. Someone new to outdoor would be bamboozled by choice. An often confusing customer experience involving new versions of this and new versions of that, yet the same. 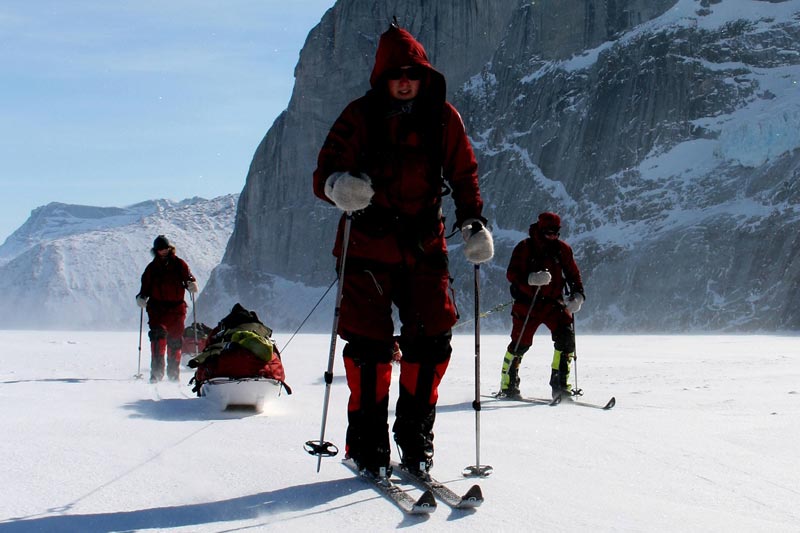 Sensing he could bring an outside perspective to the industry he began cold calling brands, looking for a small company making quality products, that was not to stuck in it’s ways.  He ended up in discussion with Klättermusen, and was offered the CEO role.

“We as an industry, and what we as a brand can do is to educated people more - is this jacket going to keep me warm? Well it depends what you’re going to be doing. How is it made and from what materials?  For many people the shopping experience is poor.”

Communication is important, and maybe one of the things smaller brands struggle with against Goliath. Perception is everything and often the subtle messages can get lost. ‘Sustainability’ and ‘environmentalism’ are major issues, and in some ways have become a battle ground for credibility with buyers. There are those who have it as a side issue, those that have it to the fore,  and some that are vocal advocates and campaigners.

Meanwhile Klättermusen have quietly and modestly had it at the core of it’s thinking from the start, and take a more holistic approach.

“We spend a lot of time questioning if we need to make another jacket, or if we can update one we have, or make it more durable so it doesn’t need to be replaced.”

“We started working without flour-carbons and recycled fabrics a long time ago, and making nylons from bio waste instead of petroleum oil. For us it was big leap forward making synthetics from more sustainable sources. There is a value in the performance of some synthetics, you do get to another level in some aspects, so if you can make those materials in a more sustainable way it’s a huge achievement.”

They’re working with what they call their ‘bio-lab’ alongside fabric suppliers to make organic fabrics have some of the performance of synthetics. One example is  Katla Cotton, which is 100% cotton but it includes ‘ripstop’ and is made using very fine yarns and high pressure which compress the material.  The ripstop is created within the weave, giving it strength so a lighter fabric can be used yet remain strong, windproof and water repellant.

“It’s a step on from EtaProof which we’ve used previously and was the little brother of Ventile. Katla is also down proof, and we used it in the Farbaute jacket which won a gold award at ISPO.” 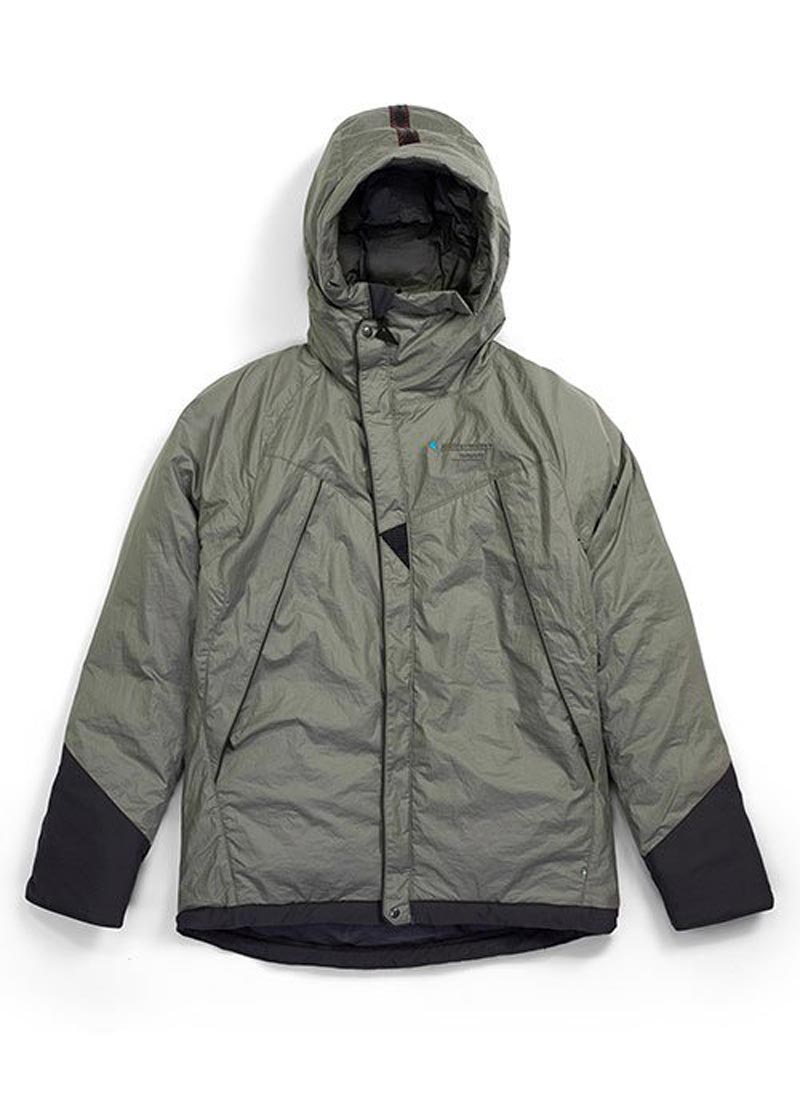 Apart from the zips and press studs it’s a wholly compostable / biodegradable jacket !

“Honestly I think we spend much more time on actual fabric development than actual product specific design. Ultimately if you’re trying to make a hiking jacket then it’s pretty narrowly designed and you don’t need to reinvent the wheel. But you can use a fabric that is very interesting. Because we’ve been doing this a long time a lot of our fabric suppliers are happy to work with us on something that is ahead of the market. So if we can work on it together, and it goes well,  then more people will jump onboard.”

After the fabrics the focus is then on product design and details. And the details are safety focussed. All the high end products have a red buckle to back up the zipper, on salopettes and jackets, the zip being the most delicate piece of any garment.

“Reinforced knees or seats are one thing, but if a zipper blows in an extreme situation that can be a big life threatening problem. Yet there are really only 2 major zip suppliers, and if you want to avoid flouro-carbons there is only one. So the emergency buckle is back up.”

The range is set across four categories, based on functionality - Hiking and Trekking; Climbing; Alpine Mountaineering; and Nordic Expeditions. With the launch of the new Ski Mountaineering range for AW20 it expands to 5 categories.

“When you make a product you have to strike a good balance between the sustainability part of it,  and the functionality part of it, and then the design or aesthetics part of it. On any given product we give the aesthetics just as much importance because we want it to be recognisable. If you hide the logo on the chest you should still be able to recognise it as a Klättermusen product.”

Something that often isn’t the case with many other brands look very similar.

“We don’t make things to be cool or trendy, but equally in the early 2000s we had enquiries from  distributors in Japan and Korea, and suddenly our down shorts are being worn in downtown Tokyo. And that was a very strange thing. I think the essence is because we are focussed on the product, the fabrics, the composition, and the details, there is something that really stands out with what we are doing today.”

When it comes to winter sports Gonz is a split boarder, and as our conversation wound down he began to  eulogise about a 6 day trip to Kosovo, in the spring of this year,  just before lockdown. Heading to the border with Albania to fly home reports were coming in of more Balkan snow incoming and perfect conditions. But alas he had to head home and like the rest of us is yearning for a great winter.

Who knows what autumn and winter will bring, but whatever the U.K weather throws up we’ll be putting some Klättermusen products through their paces and report back soon.