Sabrina Verjee has succeeded in completing a continuous round of the Wainwrights.

Starting in Keswick at 3:00am last Monday, Sabrina finished her 525km route on Sunday evening, in six days, 17 hours and 51 minutes. She became the first female athlete to complete a continuous round of the 214 summits, with 36,000m of ascent, and in doing so recorded the third fastest time ever.

The first recorded continuous round of the Wainwrights was completed by Alan Heaton in 1985, in nine days and 16 hours. Two years later, fell running legend Joss Naylor set a new record of seven days, one hour and 25 minutes. That stood for 27 years, until Berghaus athlete Steve Birkinshaw knocked almost 12 hours off the time in 2014, when he completed his run in six days and 13 hours. Last summer, Paul Tierney, from Windermere, lowered the record by another seven hours. 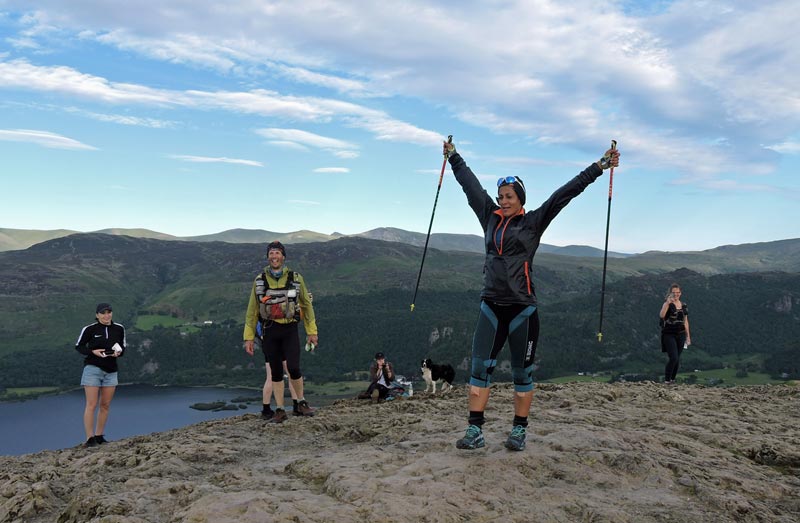 Due to continued social distancing guidelines, Sabrina ran with a minimal support team. She asked the public to not join her at any time on the fells, in contrast to scenes during previous rounds. Both Paul and Steve were part of her crew at times, running with her for sections of the route and the latter was also at the traditional finishing point, the Moot Hall in the centre of Keswick, to welcome Sabrina on Sunday evening. Also there was Joss Naylor, who commented: “This was brilliant. Sabrina has done something very special, and set a tough target for other ladies to aim for. What she’s achieved will inspire others to have a go, but it’s a mark that could stand for many years.” 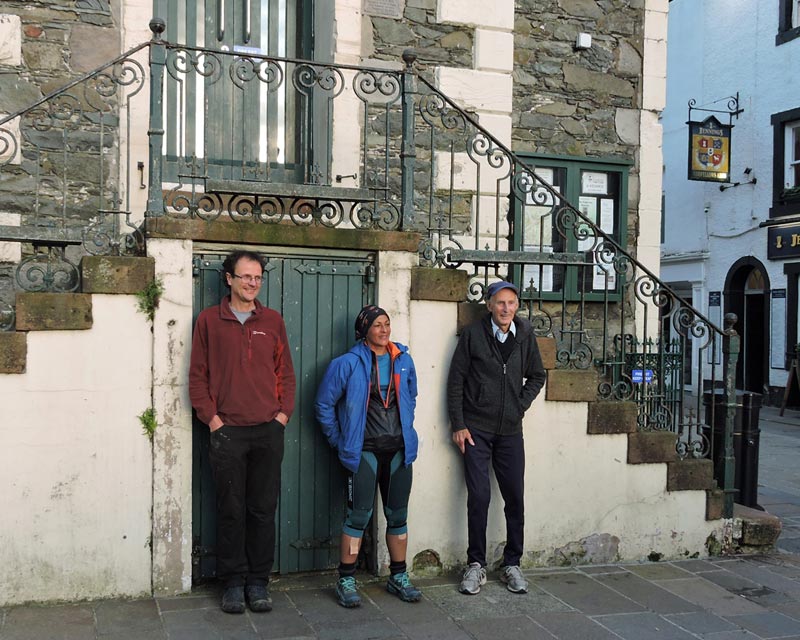 Speaking after her round, Sabrina Verjee commented: “I’m so happy to have completed my round and more than a little relieved. My right knee hasn’t been happy for a couple of days, so the final sections were very tough, especially as the fatigue really started to kick in.

“I’d have loved to have invited more people to be part of the adventure, but in the current climate that wouldn’t have been responsible. However, my small team shared loads of messages of encouragement with me, which were a big boost.

“I’m so grateful to everyone who supported me during the round and it was very special to be joined by Steve and Paul, and then to see Joss at the finish. That says everything you need to know about the incredible camaraderie that there is in the endurance running community. I look forward to repaying that support during future attempts on the Wainwrights, but for now, I think that I’ll rest up for a while!”

More in this category: « Sabrina Verjee continues to make good progress on Wainwrights Round Damian Hall sets new Pennine Way FKT, litter-picking along the route. »
back to top

MyOutdoors @MyOutdoors
After a 7 month gap we're delighted to be heading back to Switzerland with @jamesmforrest checking out the Aletsch… https://t.co/NQKUz1Zsiu

MyOutdoors @MyOutdoors
Looking fit and happy there Alan. Great to see the smile on your face. Enjoy Pen y Ghent this weekend. 😁 https://t.co/qjhggQuZZQ