After an opening day of persistent rain, competition day dawned with bright blue skies and cold fresh snow, once you broke through the cloud inversion at the valley base.

Fieberbrunn had really laid on a great event for spectators. At about 8:15am I caught the lift up one stop and a carved snow arena was there waiting for us, with beer, coffee and pretzel sellers and a DJ fanning the mood as riders ‘Held the Line’ down the “Wildseeloder.” And thank goodness for the big screen as I didn’t have the most important thing for watching the tour - binoculars. 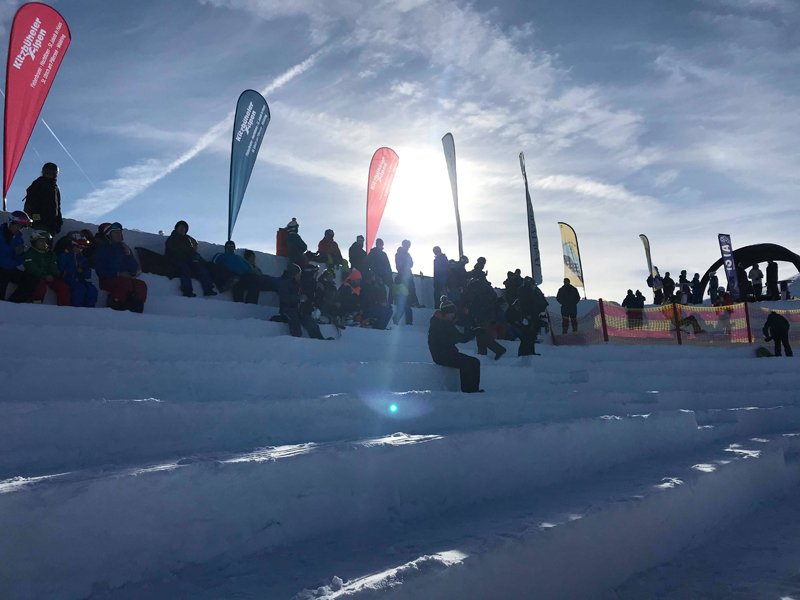 With the legendary peak standing at 2,119m, the skiers and boarders were mere specs on the mountain, so I had to follow the path of the helicopter above to trace them - with a tail of snow spray eventually giving them away. Obviously it was the Austrian competitors that got the most cheers of encouragement out of the nine snowboarding men, nine skiing women, seven snowboard woman and a whopping 19 skiing men competitors. There were only two or three wipe outs with lines being drawn all over the mountain in places you or I probably wouldn’t dream of venturing - unless by accident! 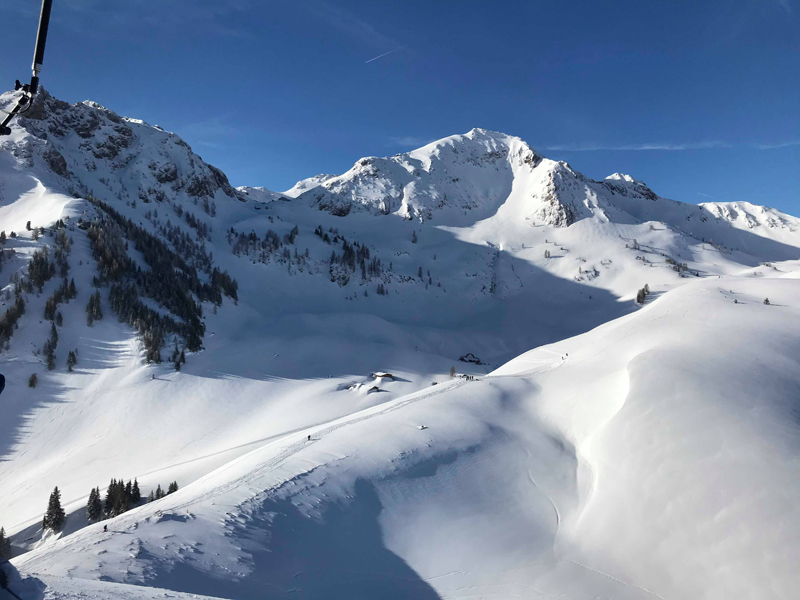 As I skied down to the finishing line, I could feel that the snow really was good and powdery just there, I was just itching to get on it myself later on…… but what I really noticed as I wandered around was the camaraderie between the competitors - and how close you can get to them, with no scrum for a chat or a photo. They’re really aren’t that many sports where you can still do this - maybe rock climbing. But these guys are all really supportive of each other and happy for each other’s successes. They also seem to know each other well, having to tour together and probably share rooms and of course a love of the sport. It’s not really like they’re in competition with each other - but rather to find the best line, the best snow and show off their tricks. I guess that’s why I really got hooked on the sport - a line is never the same and we are all going to tackle it differently. And, it’s just so much fun. 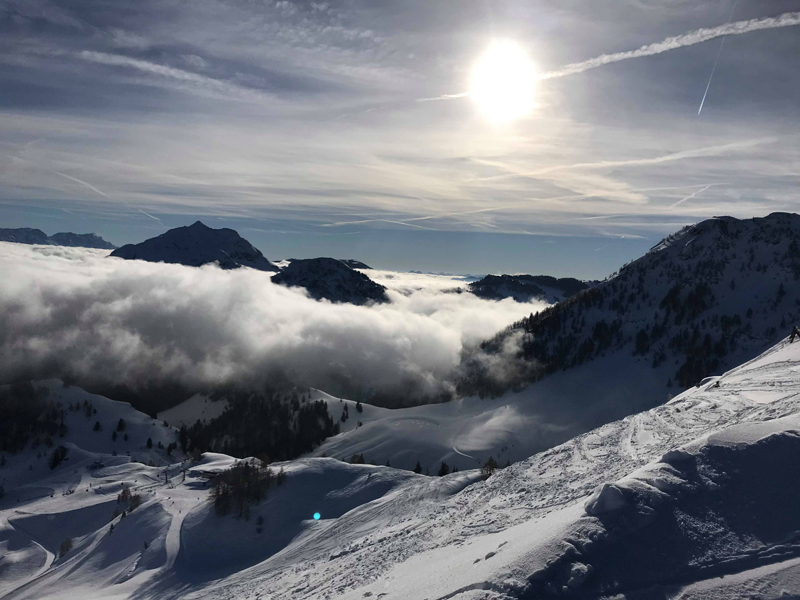 As women’s winner and the first Skandie on the podium for a while, Hedvig Wessel explains; she just focused on enjoying the moment. The former mogul skier, who is competing in her first Freeride World Tour says “I’m doing this because I love skiing and because I want to have fun. I’m doing this for myself and that’s one of the important things for me to succeed. Because I was calm all the way down, I knew what I had to do.  The snow was amazing and the venue was so cool to ride…….it’s crazy, to be able to stand and look at these amazing mountain, it gives me so much energy and I’m so thankful to be able to do this, to be on the tour, to be with these amazing girls and to be able to ski venues this good - its cool….. I’m here for myself,  I did a backflip and I’m pretty stoked about that. I picked a line where I could enjoy my skiing and I did.” 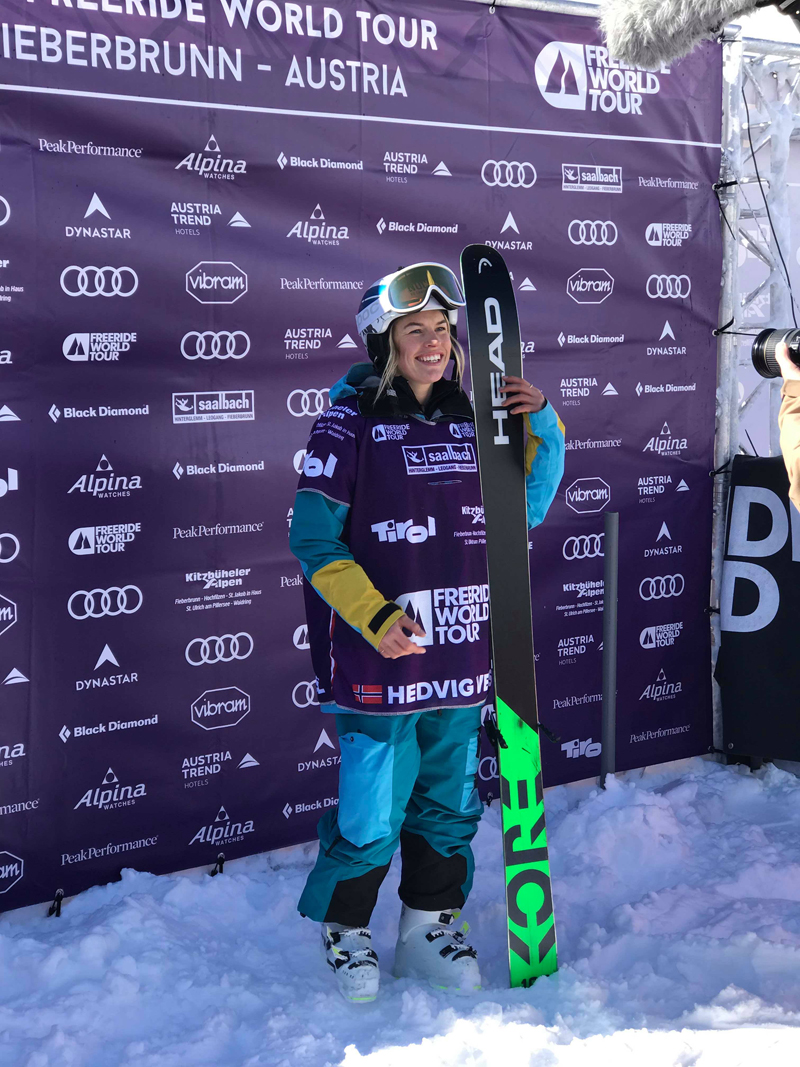 The sentiment is echoed by the other girls; “ I just want to have fun,” said snowboarder, Erika Vikander. “I came in with zero expectations and that's usually when I do the best. I just wanted go keep it surfy and flowing and ride a line no-one else had rode, which was that spine, … and I’m stoked, I really needed a confidence boost.”

And It’s clear to see that the standard for the women is going up all the time. As a female skier myself, it’s the event I’m most interested in, and in both the ski and snowboard event I was surprised- and inspired - to see that almost all the girls were, basically tiny- hovering around 5 foot tall -like me! As I’ve been struggling to find freeride skis for my height I had a spy on what equipment they were using and spotted the Head Kora being skied by Hedvig, the Atomic Bent Chetler by Ayana Onozuka, the Blizzard Rustler II by Jackie Passo and Faction Prodigy 4.0 by Elisabeth Gerritzen. 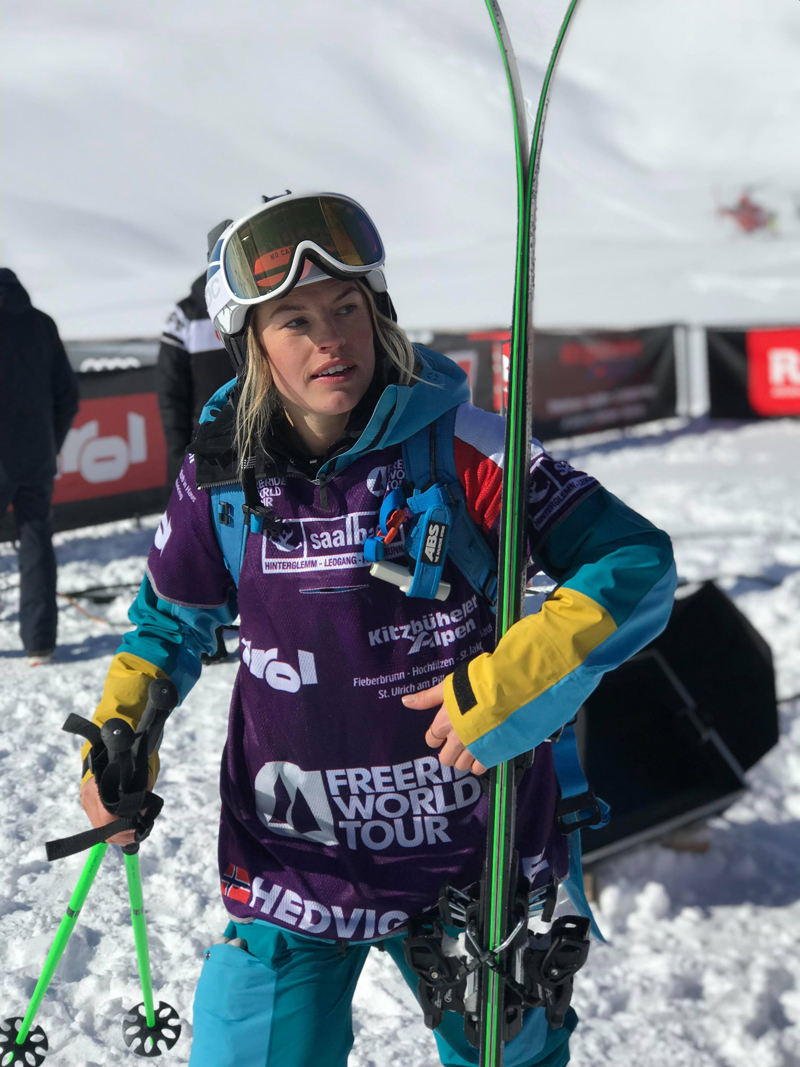 So some advice for anyone wanted to get into Freeriding: “ I would tell them to give it a go because the friends you make along the way and the people you get to meet makes it so worth it. You get to ski great snow and it’s such a fun sport and I’m really blessed that I get to be a part of it.” says Jacqueline Pollard. “I would say get out there, ski a lot, ski different conditions,” says Hedvig “go if its raining, go if its sunny, go with your friends, have fun with your friends, push each other, film each other so you can see how you actually ski.” 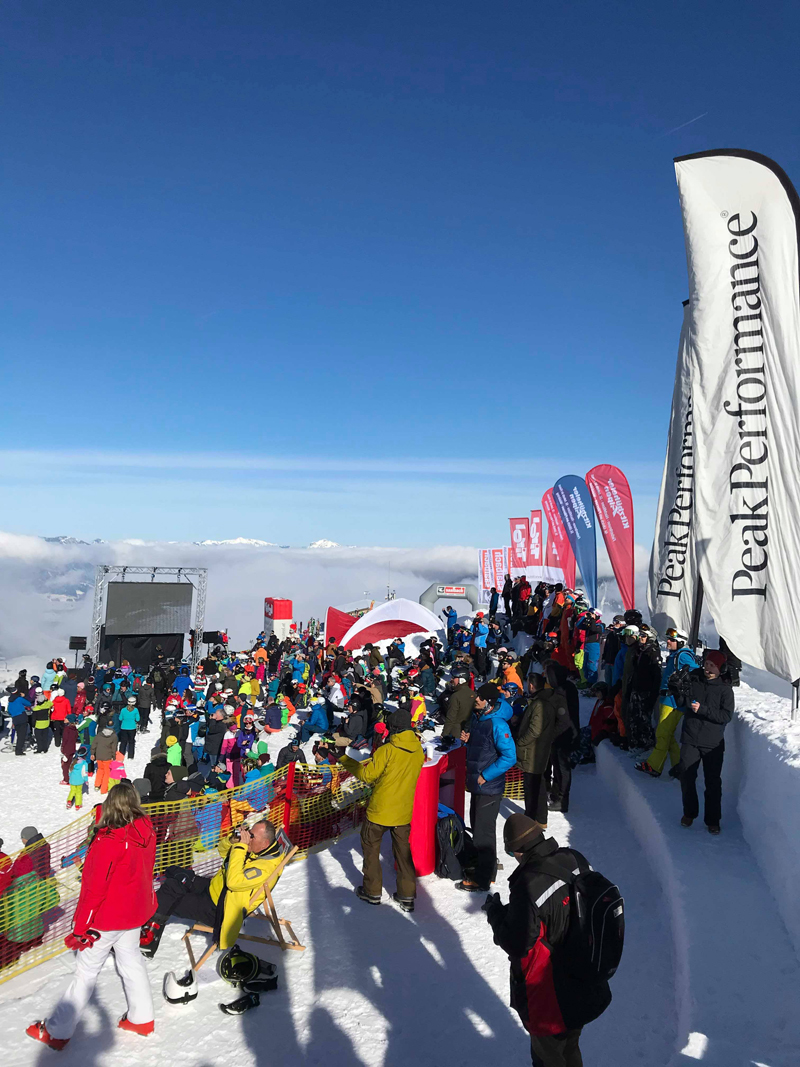 But it is easy to get carried away with the fun and thrill of the sport so Erika offers some wise words; ’Go out there with people who know what they're doing. Avalanche safety is super important , knowing the piste your skiing, knowing the terrain, knowing the conditions, knowing what the snow pack is like is extremely important. Don’t just go out there because you have avalanche gear and don’t know how to use it. Train, practice drills, because you can never be too safe. The moment you think your safe thats when something happens…. sorry for the ominous overtone!”

More in this category: « The World Freeride Tour lands in Austria - Where Safety is the priority Swiss star Severine Pont-Combe lifts the lid on endurance skimo »
back to top