We don't usually feature computer peripherals in these pages, but we were recently invited to test a rugged, shock and water proof, external hard drive designed for the outdoors and with the ever increasing volumes of data from video, GoPro and images it's an area of interest to many who enjoy the outdoors.

Getting the basics out of the way first an SSD is a solid state drive - a hard drive with no moving parts. The technology means faster transfers, with a read/write speed of 440MB/s compared to 100MB/s on a traditional SATA drive. In practical terms this means even the biggest files, like 4K movies can be transferred in a quarter of the time.

At 100g and small enough to fit in a shirt pocket the Adata SD700 isn't going to overload your rucksack and running via USB 3.1 Gen 1 it's cross-platform compatible with Windows, Mac OS, and Android to enable easy content sharing and transfer. Throw in silent, cool and power efficient enough to not need its own power supply and you can certainly see the advantages of the form factor over "normal" external drives. 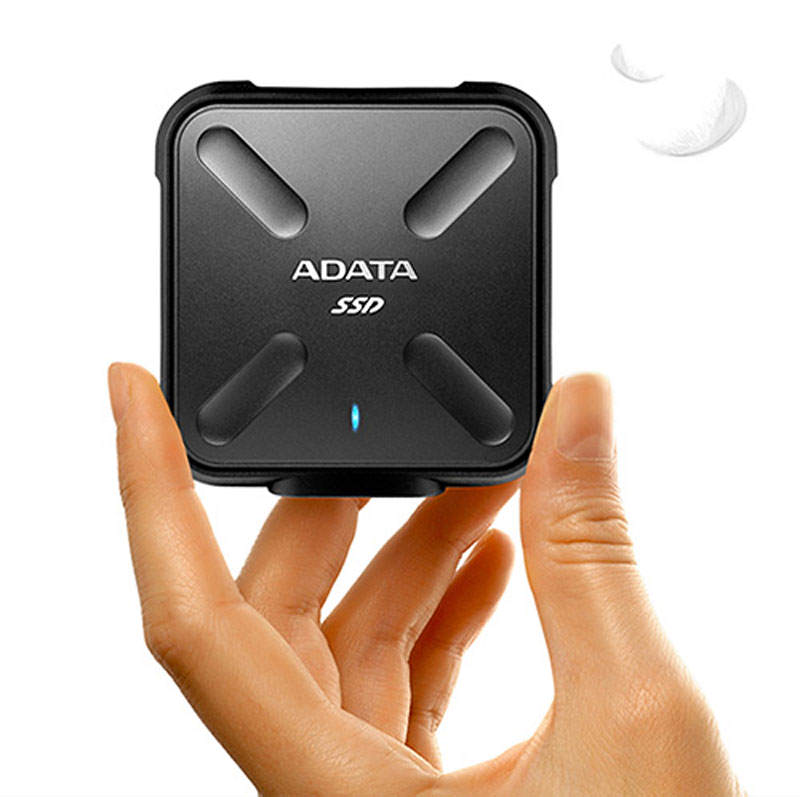 Storing and transferring a data has always been an issue "on location"; mud, dust and water don't mix well with electronics in general. The Adata SD700, though, is designed for this environment. It's rated as IP68, which means it's totally protected from dust and immune to long term immersion in water up to 1.5m for a minimum of an hour. Importantly the dust and water proof capabilities apply when USB port cover is firmly closed and secured in place. 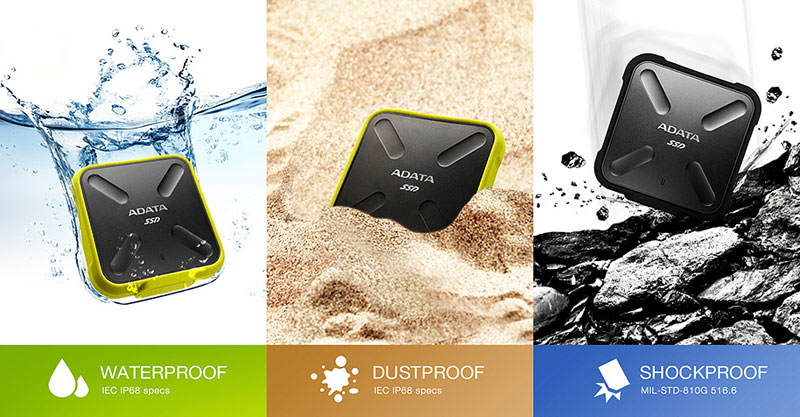 Physically the SD700 has just a single port, the USB port for connecting the drive to a laptop or tablet, with a durable, rubberised enclosure running around the edge and containing a "plug" style cover over the port. In testing the enclosure did its job faultlessly despite initial reservations at how easily it can be peeled back by hand and it withstood everything we threw at it - or threw it at. Half an hour in the bottom of a water filled bag came and went, snow caused no problems and multiple drops from 1.5 metres just made it bounce. 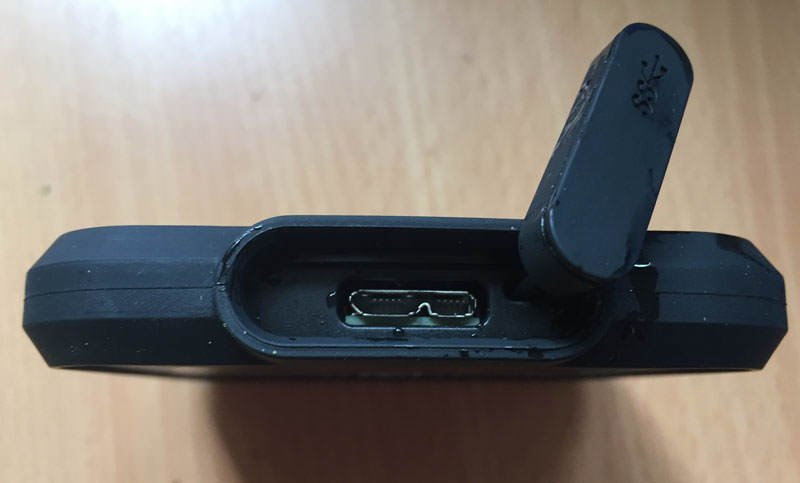 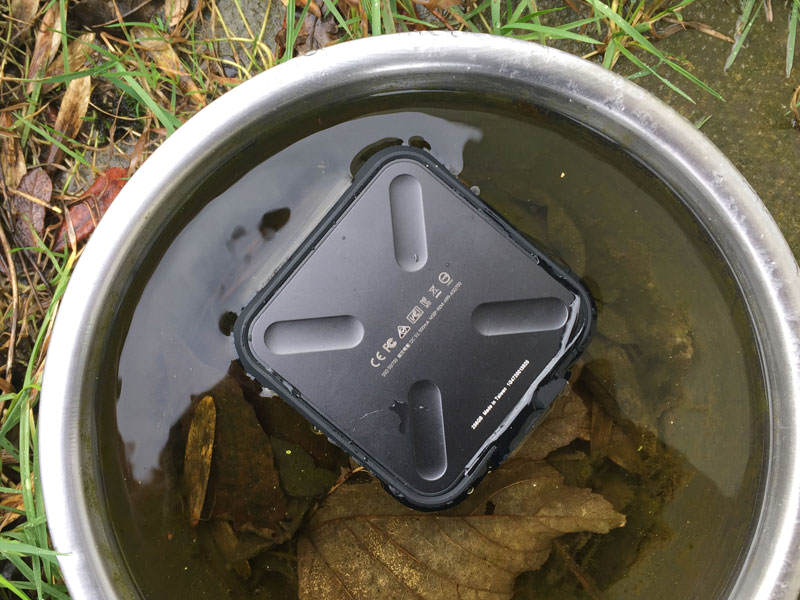 In practical terms the SD700 did exactly what it said on the box; It's a hard drive that's as at home in the outdoors as it is on the office desk. It's tough, light, diminutive and fast, but it's not without its limitations. The hard drive still has to be connected to something and that's the weak point. On it's own the SD700 can't do anything, it needs to be directly linked by cable to a laptop or compatible tablet to transfer data and files and the hard truth is very few people have a laptop or tablet as "environment proof" as the SD700 and rarely take their devices into the field. The reality is the majority of people will take their cameras and phones out with them but save the video and image transfer until they're back home or in the hotel.

That's not saying the SD700 is addressing a problem that doesn't exist, but it could be seen as only a half-answer. There are undoubtedly times when a simple, fast, rugged, external drive can be invaluable; think multi-day trips where weight and volume are at a premium and you're shooting 4K video and/or images in RAW (and you have a laptop with you). Today, however, technology is moving away from cables and firmly in the direction of wireless. External drives like the WD My Passport drives don't offer the same transfer speeds, not being solid state, but they work as stand alone units with internal batteries built in wifi hotspots for connectivity and SD card reader for in-the-field backup.

The IP68 rating makes the Adata SD700 attractive and there's no doubt that the size and weight are a bonus. With a street price of around £95 for the 256GB drive and £155 for the 512GB they also provide an affordable solution for travellers and the speed makes working on the plane or train a realistic option - while only taking up pocket space. If you want to edit images on your laptop in the tent or hotel in the evenings it's perfect. If you want a hard drive you can take anywhere, the SD700 won't let you down but you do have to understand its limitations. It still needs to be connected to a laptop or tablet and there's very few, if any, IP68 rated laptops or tablets out there.