Written by Stu Thomas
More of us are embracing getting around on two wheels, with sales of bicycles up by 41% in January* but when it comes to families cycling more together, or children cycling to school we're miles behind our Dutch counterparts.
A recent survey conducted by Sudocrem** among over 1,000 families shows that in the UK, only 38% of parents would feel comfortable allowing their children to cycle to school, compared with the Netherlands where 66% of under-12's either walk or cycle to school and 75% of secondary school students cycle to school!***. 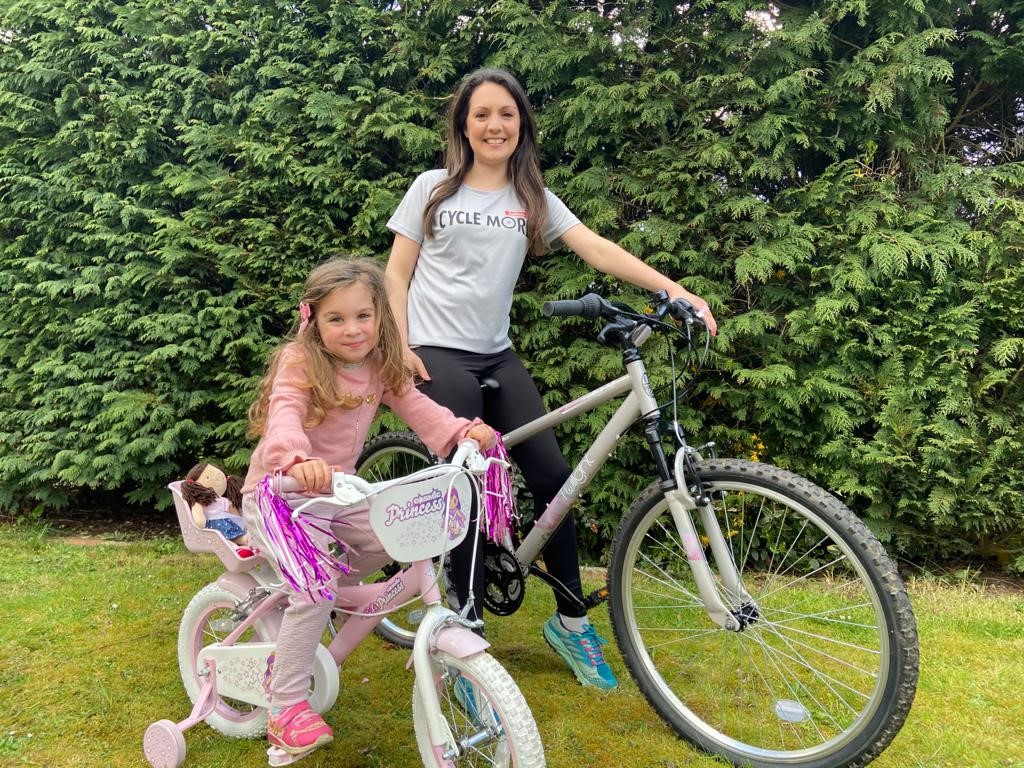 Although most parents believe that children should get a bike or tricycle at an early age (under 5), numbers fall away quite sharply when looking at the development of child cycling, with 50% believing stabilisers should come off between 6 and 8 years, and most parents judging that children should not cycle on the road or to school until at least 10 years of age...and for many that isn't appropriate until age 12 or older.

68% of respondents to the survey said they believed that their children would benefit from cycling lessons in school. And 73% said they thought that viable role models played a part – if families were able to see other families, such as William, Kate and the kids, out and about as a cycling family, perhaps they might be encouraged to do the same.

A majority of British families cited a lack of knowledge of cycle routes (57%), infrastructure such as cycle lanes (47%) and fear of other road users (65%) as reasons why they choose not to cycle together.

Despite these figures, 56% of respondents said that they wanted to cycle more as a family and were simply waiting for the weather to get better before they got back on their bikes in 2021. 57% of respondents say that lockdown inspired them to get cycling.

Sudocrem's Cycle More campaign has launched to encourage and help more British families get into cycling. Backed by Paralympian cyclist and mother of two, Dame Sarah Storey the campaign will work to raise the profile of cycling in the UK amongst more than the lycra-clad elite and perhaps, follow a little more in the tyre tracks of our neighbours in the Netherlands!

Dame Sarah Storey says, "I am delighted to be involved with Sudocrem's Cycle More campaign. Cycling with my family brings me so much joy and I'd really love for more families to benefit from the thrill of being out on bikes together. Cycling is such an amazing feeling and it's a really fun way of getting around. Apart from the obvious health benefits of getting out in the fresh air and being physically active, cycling is a great way to build resilience and promote independence. My children both love that they can choose a route and 'lead the way!'"

UK head of OTC marketing at Sudocrem, Nick Lang says, "We've noticed that My Little Sudocrem has become popular amongst cyclists, especially to soothe 'cyclist's bum'. Cycling is a healthy activity that the whole family can enjoy - from riding on the back of mum or dad's bike, to stabilisers, all the way through to adulthood - which is why we thought it would be a great activity for Sudocrem to get involved in."

More in this category: « The Alpine Club are Celebrating 100 Years of Everest Sabrina Verjee sets new fastest known time of under six days for a Wainwrights round »
back to top