The second Scafell Sky Race (SSR) brought not only a large international field of runners to the Lake District, but the strongest line-up of any UK mountain race so far this year.

The SSR line-up included two stars from the Great Britain (GB) team that earned a team silver medal at the 2018 IAU Trail World Championships, Tom Evans and Jonathan Albon, who placed third and fourth in Spain in May. GB 100K-runner and Dragon's Back-winner Marcus Scotney, fell-running legend Steve Birkinshaw, Lakeland 50 course record-holder Casper Kaars Sijpesteijnwere just some of the other names in a strong field. 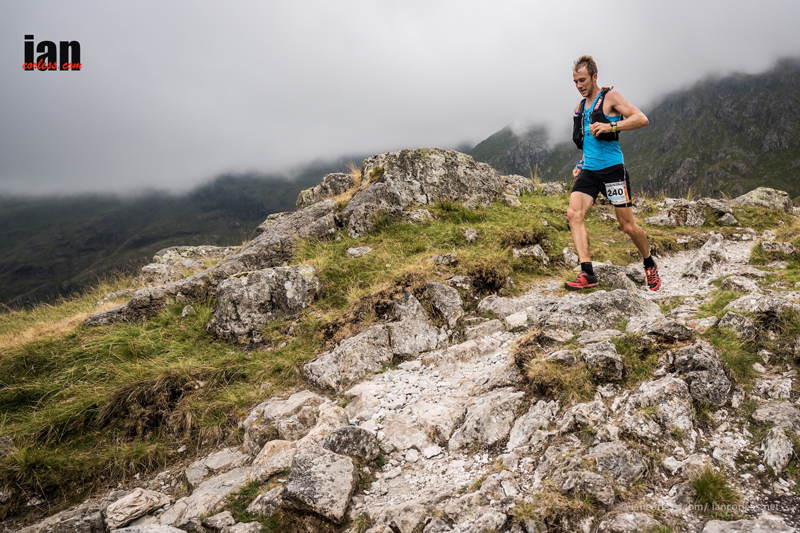 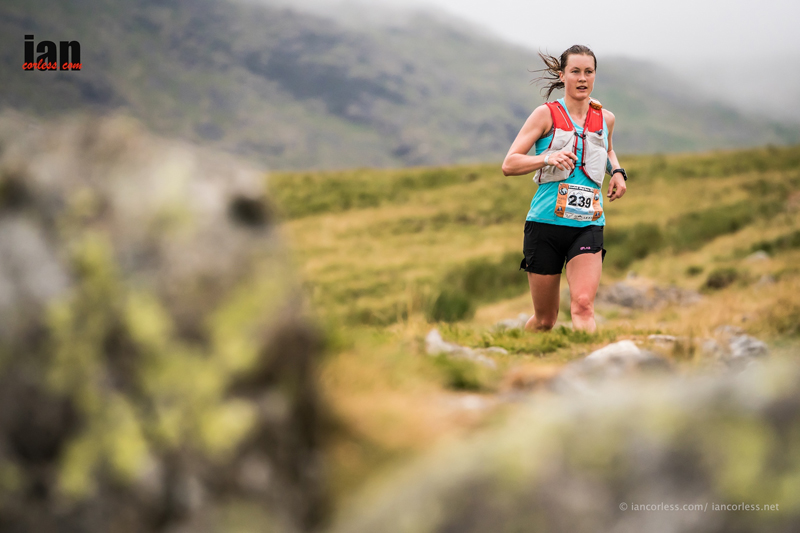 Like its big sister event, Lakes Sky Ultra, which took place on Saturday, 14 July, SSR is owned and organised by Glenridding-based Mountain Run Events. But unlike LSU, it's designed as an introduction to technical skyrunning and entries are not vetted. The course, created by Charles Sproson, is designed to showcase the very best of the Lakes.

With a fast start on a short section of road then good trails, runners left Rosthwaite at 9am. After climbing past Sour Milk Gill waterfalls, up the Gillercomb Valley to the summit of Green Gable, technical singletrack led past the Napes Needle (where rock climbing originated, in the 1880s), to a classic, technical ascent of the highest mountain in England, Scafell Pike, via the Corridor Route.

After summiting Great End, crossing a boulder field, and almost summiting Bow Fell, a scree descent led to one the best singletracks in the Lakes. Next was the Climbers' Traverse, then the Band, before runners descended into Great Langdale and a feed station outside the historical Stickle Barn pub. 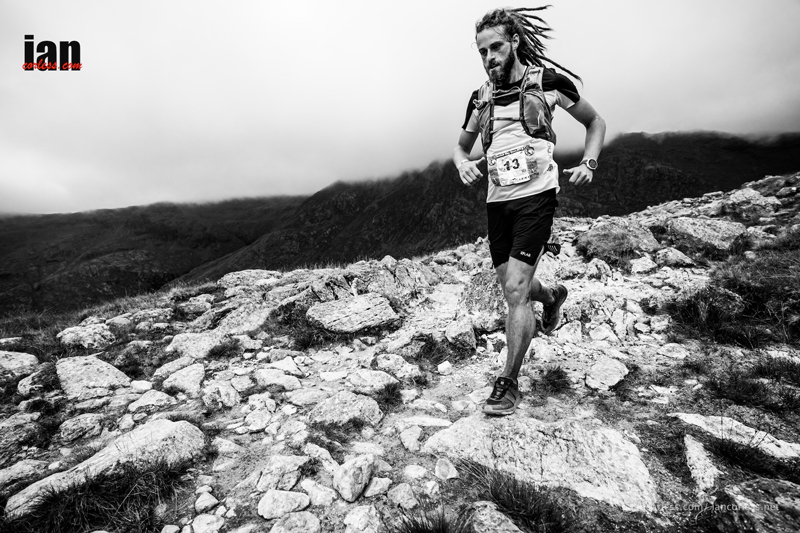 After a hearty climb up Harrison Stickle, Stickle Tarn was passed, before some easier singletrack-running on the northern side of the Great Langdale Valley, with big views over Grasmere and classic Wordsworth country, leading to the finish in Ambleside.

As expected, in the men's race Evans and Albon charged off the front, with Sebastian Batchelor initially keeping in touch. The GB trail-running stars arrived at Stickle Barn, about halfway into the race, together. Albon had a faster transition though and gradually pulled away, to arrive first at the University of Cumbria’s Ambleside Campus, in a course record time of 04.26:50.

“The Lakes is an amazing place to run,” said Norway-based Albon. “It was a lot of fun, especially the technical sections, when you get into your flow – if you ignore that there's a drop off next to you. The second half was more runnable, but hotter – more bearable when we had some wind and cloud cover. The nice, open grassy fells were welcome. It's interesting doing the techie stuff first – I loved the slabby section, I hadn't run on stuff like that before – your legs get blasted by all the jarring around, and then you get the long flowy sections afterwards, so your legs need to be in good condition.”

“It was an amazing race,” said Evans, who placed second, in 04:39:57. “It's different to what I normally do and a course of two halves: the first half was super-technical, and I was way out of my comfort zone, which is great. The second half is more runnable and more suited to me, but it got hot and I slightly misjudged my hydration strategy. I'm super happy though. It's my first ever skyrace and it was great to race against Jon.” 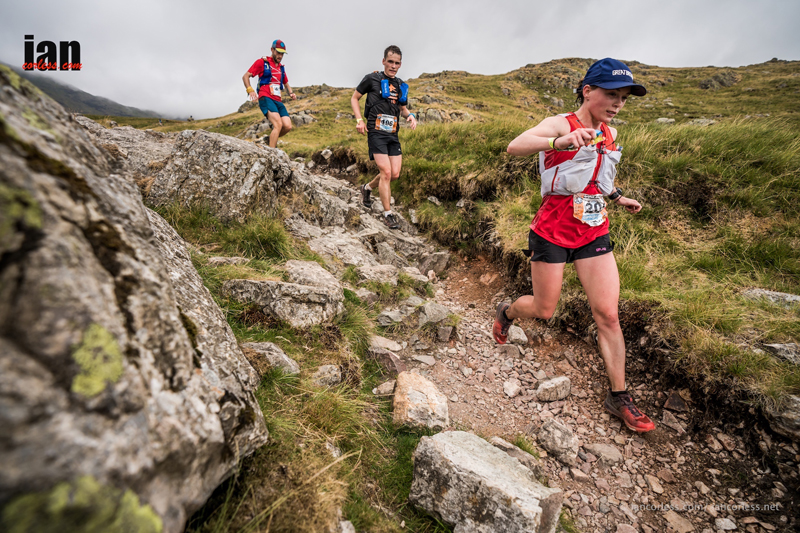 In the women's race, Tindley set the early pace, but dropped out after Harrison Stickle. Catherine Slater, too, was suffering on the big climb out of Langdale. Henriette Albon started conservatively but gradually moved ahead and took the win in 05:59:27.

“That was definitely one of the tougher races I've done this year,” said Albon. “There was a lot of undulating, rocky terrain, you constantly had to be focused. I was surprised by how much time it took. I remember looking at my watch 15K in and thinking, 'Phew, this is going to be a long one!' I liked the grassy sections at the end because I could get some speed, but I liked the rocky bits too. I started slowly and tried to pace it.”

“I loved the race,” said Fawcett, who placed second, in 06:26:16, “even if I was out of my comfort zone for much of the first half. But I was in my element for the more runnable second half. It was pretty much six hours and 26 minutes of fun!”

46 runners failed to complete the course.

The Scafell Sky Race returns in 2019.

More in this category: « Rob Sinclair and Sophie Grant win the fourth Lakes Sky Ultra Stars of Scafell Pike Film turn out for Rheged Premiere »
back to top