Hundreds of young people from a school in eastern England are enjoying new experiences in the outdoors thanks to the award of an #itsgreatoutthere grant.

Over 400 students, including 128 who had never been on the water before, have already been canoeing in boats that were purchased using the grant, led by Dom Brister from Stamford Welland Academy in Lincolnshire, part of the Cambridge Meridian Academies Trust. Thousands more will be given the chance to explore the outdoors in the canoes in the coming years, learning a wide range of new skills in the process.

Dom Brister, an outdoor education teacher and leader of the parallel curriculum at Stamford Welland Academy, has led the project and applied for an #itsgreatoutthere grant after reading about the scheme online. Although the academy had an existing programme to give students canoeing experiences through experts at Bushcraft and Beyond, its scale and potential were severely limited by having to borrow boats. The #itsgreatoutthere grant allowed Dom to work with Hou Canoes to source six canoes and modify each of them to seat three people. The grant also covered the purchase of new personal flotation devices and paddles, allowing the academy to roll out a more substantial and sustained programme for students. 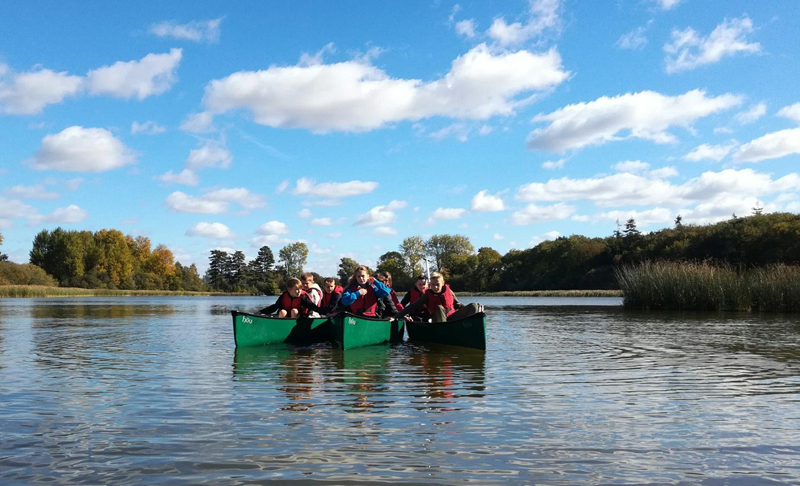 Owned by the academy, the equipment is being used every week by several schools, coordinated by Dom Brister, who comments: “Thanks to the investments we made with the #itsgreatoutthere grant, we are now able to engage with more students from tough backgrounds who struggle in classroom settings for a variety of reasons. Through our canoeing initiative, we are giving these young people the chance to experience freedom, while learning key skills. The project is about so much more than canoeing - it’s about leadership, ownership, management and teambuilding skills, all delivered in an outdoor setting which inspires the students. This has already made a really positive impact and will continue to do so for years, helping many more young people.”

Since the start of the academic year in September, students and staff have been using the boats on the Whitewater Reservoir, access to which has been provided by the Burghley Estate team in Stamford. The response of students to the initiative has been overwhelmingly positive, with many providing very positive testimonials:

Any non-profit organisation can apply for an #itsgreatoutthere grant of between €1,000 and €5,000. The grants are awarded to initiatives that focus on grass roots projects, which have primarily been developed to take new participants into the outdoors. The It’s Great Out There Coalition encourages potential applicants to team up with partners from the outdoor industry such as brands, retailers and activity providers, especially those who are already members of the coalition. Grants can be awarded to support projects that reach citizens of all ages and from any background. However, one priority is to support ideas that will help young people access the outdoors for the first time, particularly those who are based in the inner cities or live in circumstances that mean that getting access to the hills and mountains is difficult. 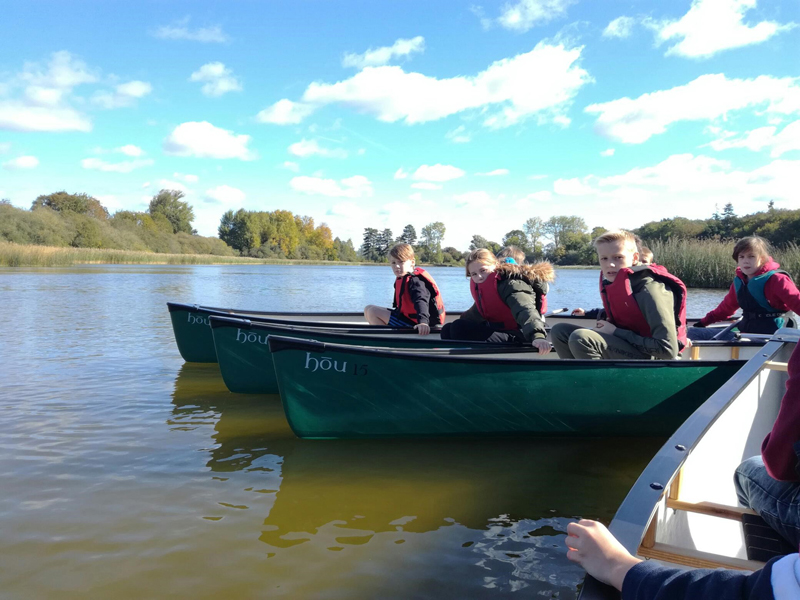 Founded by the European Outdoor Group, the It’s Great Out There Coalition is an International Non Profit Association that has been initially funded by membership fees from many of Europe’s leading outdoor businesses. The coalition is leading the #itsgreatoutthere campaign to encourage more people to lead healthier lives by getting active in the outdoors. For more information about #itsgreatoutthere grants, visit www.itsgreatoutthere.com/grants.

More in this category: « OTS and KORS join forces for 2019 Sir Chris Bonington calls for ‘injection of idealism’ into National Parks as crowdfunding deadline looms »
back to top