The It’s Great Out There Coalition has awarded its seventh #itsgreatoutthere grant to a Dutch project called De Buurtcamping.

The initiative is designed to unify local communities and provide opportunities for those living on low incomes to have a holiday, by giving them outdoor experiences in campsites set up in city parks. The #itsgreatoutthere grant is helping De Buurtcamping engage with local sports companies and activity providers to host a range of activities within the camps over the summer months.

De Buurtcamping or ‘Neighbourhood Campsite’ was founded in 2013 and now supports residents in 12 cities across the Netherlands, turning their local parks into small peaceful villages in the middle of the big city for three days. Campsite managers work alongside hundreds of volunteers and local organisations to transform the parks and bring together people from all walks of life, including those who are economically challenged. Volunteers, campers and visitors do not only participate in activities, they also work together at the campsites by pitching the tents and hosting the campers. 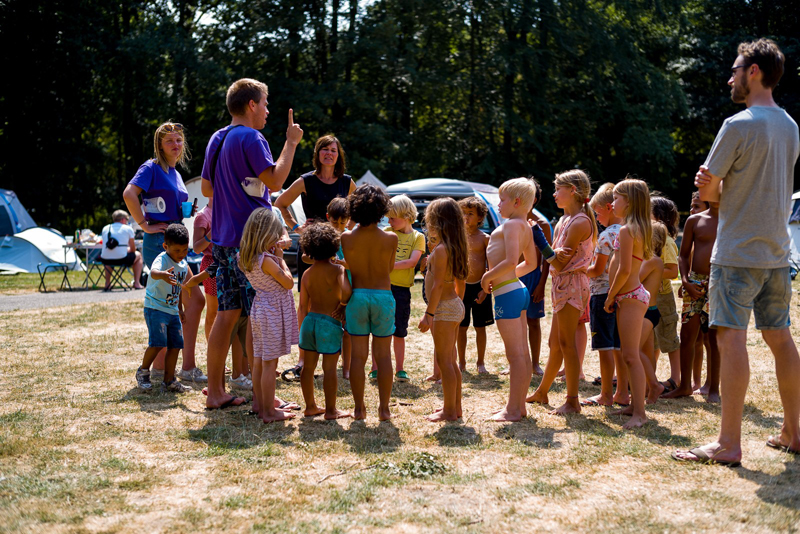 At the De Buurtcamping events, the main goal to create encounters between people from several backgrounds. These encounters contribute to closing the gaps in society within the cities, between rich and poor people, different cultures and the young and old. A third of the camping spots are reserved for residents with a low income who are able to camp at discounted rates, with additional support offered to make sure that they have all of the necessary camping gear. Campers who volunteer at De Buurtcamping also camp with a discount while a third of the camping pitches are fully paid by regular campers.

Hedwig van der Geer, project manager at De Buurtcamping, says: “Like many others across Europe, Dutch cities struggle with difficult challenges like segregation, integration, social inequality and poverty. The idea behind De Buurtcamping was to create a pleasant habitat that is accessible to all of its inhabitants, helping to reduce feelings of loneliness and anxiety among those on low incomes. “Encounters between different types of people are important for the social climate of our society and we believe that these meetings are an important first step out of poverty. Meeting others in the convivial settings like De Buurtcamping stimulates more collaborations, friendships and relationships and makes it easier to ask for or provide help.”

In its first year, De Buurtcamping hosted one event in Amsterdam and by 2016 had evolved into 11 Buurtcampings across five cities with 44 camp site managers, around 1500 campers, 500 volunteers and 450 local organisations involved. The #itsgreatoutthere grant will enable De Buurtcamping to become more sustainable by facilitating additional outdoor activities for people to participate in, creating connections with sports providers and encouraging people to get involved with outdoor activities in their communities on a more regular basis. Through the grant, additional financial support will be provided to each camp to pay a small fee to those hosting workshops. 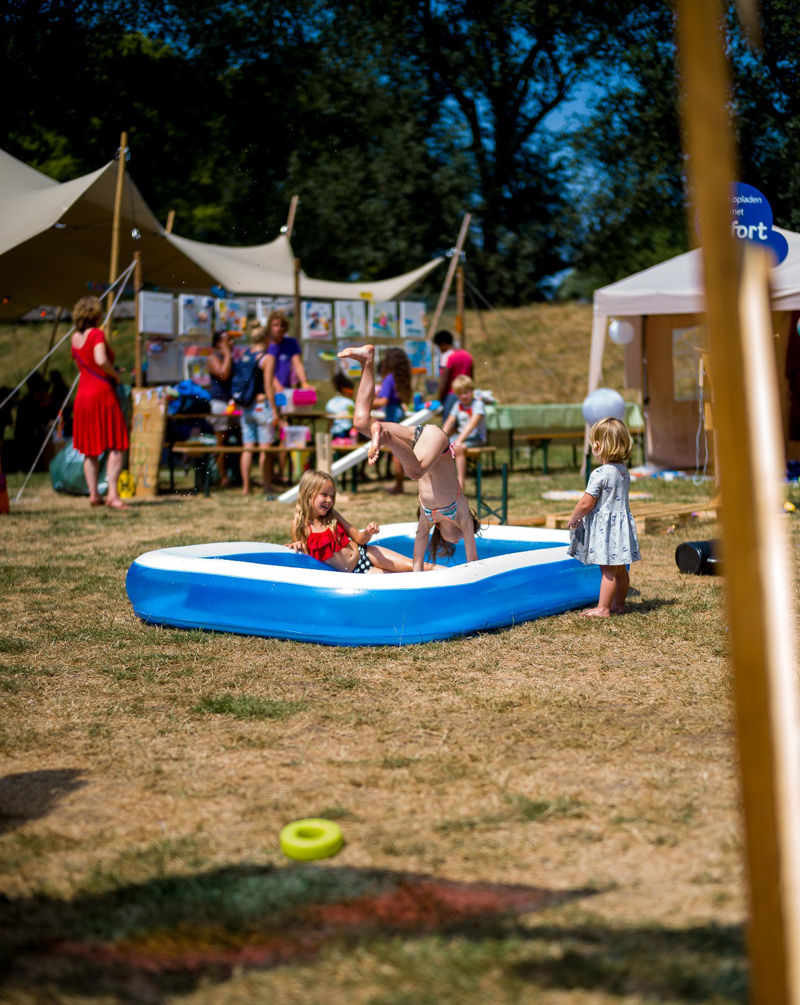 Hedwig van der Geer added: “The main purpose of De Buurtcamping is to deliver experiences of different living environments to people through camping with neighbours in the park next door. There’s no easier way to meet each other than by playing a sport together, or doing fitness boot camp or morning yoga in front of your tent. Sports and outdoor activities in the park are low-key and designed to create bonds. These activities help break the boundaries of living in a social bubble.”

Andrew Denton, secretary general of the It’s Great Out There Coalition, comments: “De Buurtcamping is a unique and powerful initiative that is giving people on low incomes in inner cities across the Netherlands the chance to enjoy a low cost holiday in the green parks on their doorstep. It brilliantly demonstrates how low the entry barrier can be to participation in outdoor activities and is inspiring and empowering citizens from all walks of life to be more active. We’re delighted to have been able to support De Buurtcamping with an #itsgreatoutthere grant. And we’re excited to see how the initiative develops, as it creates hugely positive and valuable connections between people from different backgrounds, using participation in outdoor activities to inspire and facilitate active, healthy lifestyles.”

De Buurtcamping has aspirations to extend its project to city parks in other countries. Anyone who is interested in organising a camp in their city should contact Hedwig van der Geer at This email address is being protected from spambots. You need JavaScript enabled to view it.. The organisation can provide guidance, an event with workshops, and an online handbook for creating new events, featuring a step by step plan, key information, downloads and insights from all of the experience that De Buurtcamping has built up in dealing with municipalities, communities and sponsors.

De Buurtcamping is the recipient of the seventh #itsgreatoutthere grant. Grants have now been awarded to projects involving partners in Germany, Italy, Finland, Spain, the Netherlands and the UK. News of an eighth grant for an initiative in France will be released in the near future. 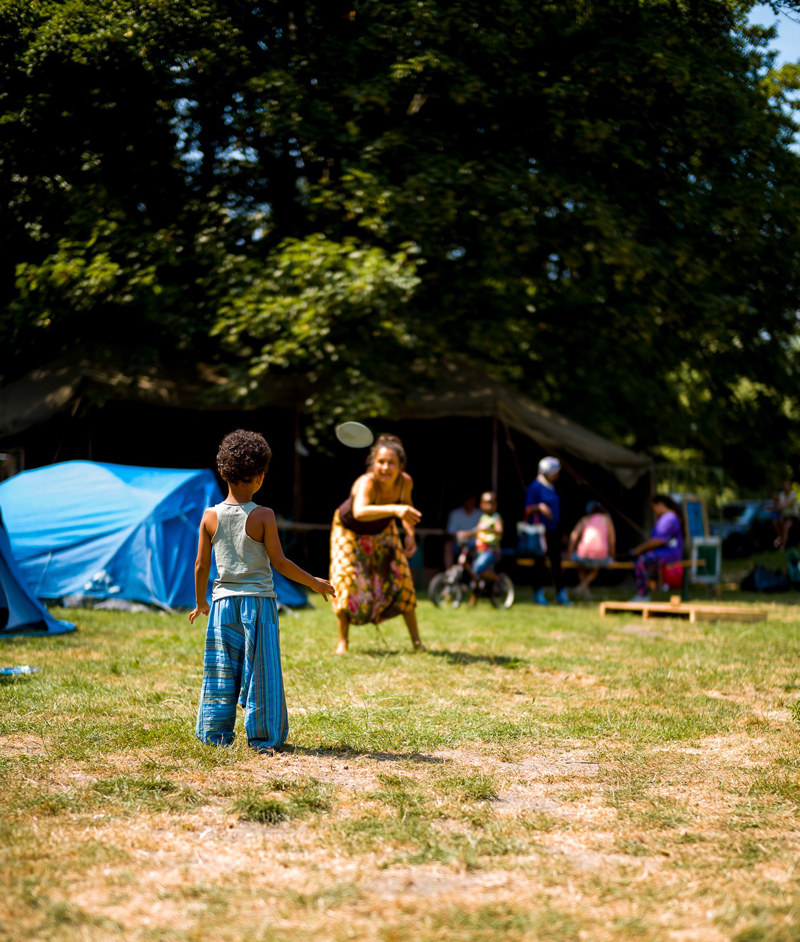 Any non-profit organisation can apply for an #itsgreatoutthere grant of between €1,000 and €5,000. The grants are awarded to initiatives that focus on grass roots projects, which have primarily been developed to take new participants into the outdoors. The It’s Great Out There Coalition encourages potential applicants to team up with partners from the outdoor industry such as brands, retailers and activity providers, especially those who are already members of the coalition. Grants can be awarded to support projects that reach citizens of all ages and from any background. However, one priority is to support ideas that will help young people access the outdoors for the first time, particularly those who are based in the inner cities or live in circumstances that mean that getting access to the hills and mountains is difficult.

Founded by the European Outdoor Group, the It’s Great Out There Coalition is an International Non Profit Association that has been initially funded by membership fees from many of Europe’s leading outdoor businesses. The coalition is leading the #itsgreatoutthere campaign to encourage more people to lead healthier lives by getting active in the outdoors. For more information about #itsgreatoutthere grants, visit www.itsgreatoutthere.com/grants.