One of the great joys of winter camping is the time it gives you to settle down in your sleeping bag and read. In the UK we're priviliged to have not just a wonderful mountain heritage but an equally impressive heritage of mountain literature. Biographies have always been an important part of this heritage and it's no surprise to see another shortlisted for this year's Boardman Tasker Awards in My Father Frank by Tony Smythe, so we decided to have a look at some of the best biographical works of recent years.

While there's a strong autobiographical element to books like "Learning to breathe", "Psychovertical" and "Echoes" to an extent they're unfinished stories; each superb books in a modern style that looks beyond the physical to what drives the inner mountaineer but in each case the authors are still out there, adding to their stories. For our top 5 biographies we've not only gone for a third person's perspective, but also a historical element that allows a more complete assessment of times, people and events. 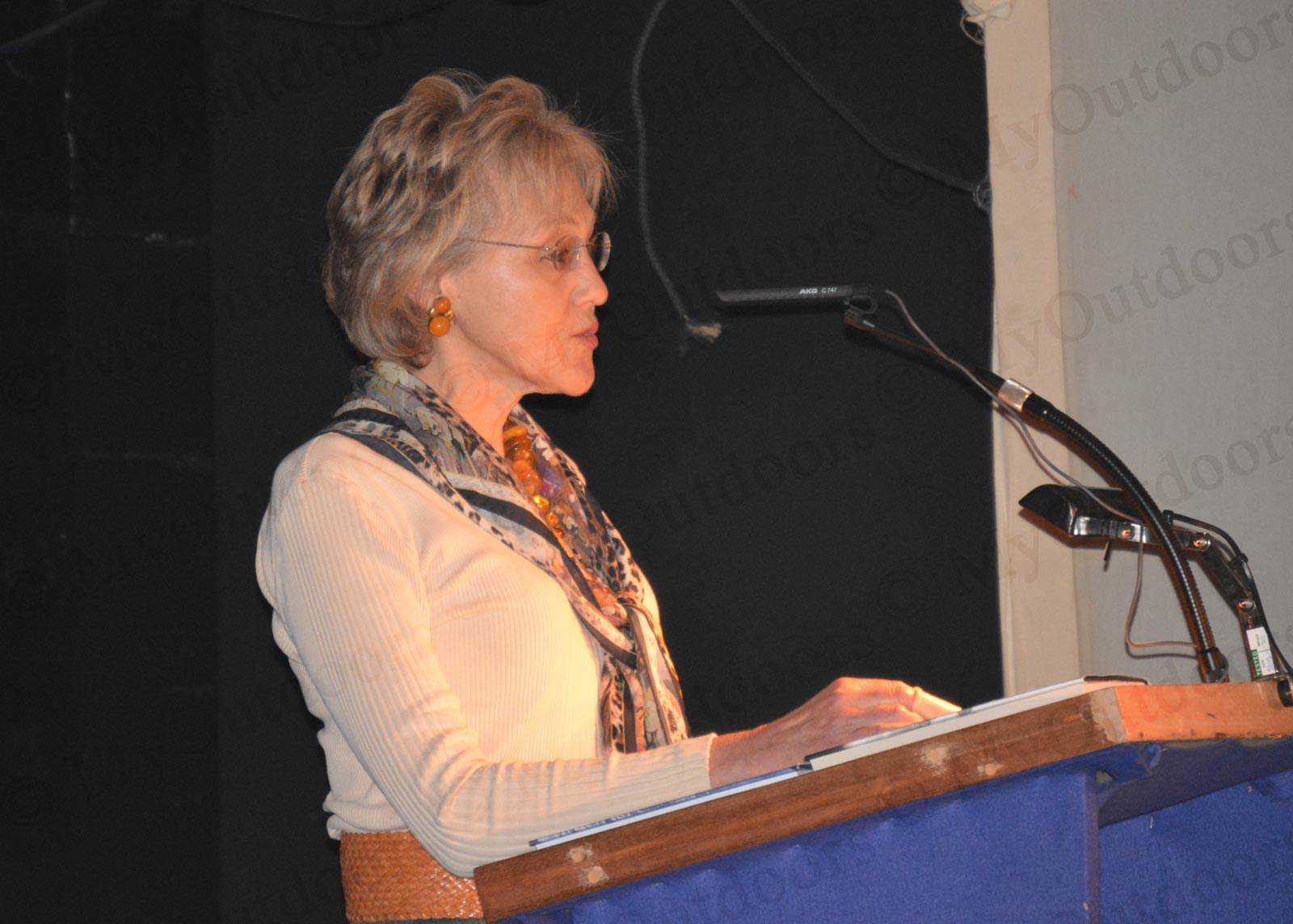 Harriet Tuckey receiving the 2013 Boardman Tasker Award for her biography Everest, The First Ascent The untold story of Griffith Pugh, the man who made it possible.

The Villain - A portrait of Don Whillans by Jim Perrin 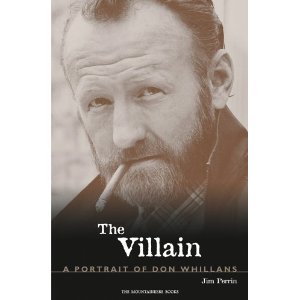 At age 20, Whillans was 5ft. 4in. tall, a blue collar guy with the build of a miniature Atlas. Within a year of entering the climbing world in 1950 he had acquired parallel reputations of great skill and daring on the one hand, and as a hell-raiser with a savage wit on the other-the Villain of the title, who was denied a Knighthood because of a violent brawl with several policemen. His world was miles away from the upper-crust environment of the well-heeled climbers who had for so long dominated the sport, and this itself led to tensions throughout his life. Whillans exuded an aura of invincibility-forceful, direct, and uncompromising. And in the climbing world, his image was that of a superstar, with the flawed heroism of a Muhammad Ali. In his own circle, his image was the working class hero on the rock-face, laconic and bellicose, ready to go to war with the elements or with any human who crossed his path on a bad day.
Unlike many other climbers of his day, Whillans was a regular guy. He wasn't physically impressive and, in his later years, he let himself go seriously to seed. (Elizabeth Hawley didn't believe so fat a man could really be a climber.) He was a very competitive climber, and yet he was also willing to risk his life helping others. While he was, in many ways, the archetypal British climber, he also did important climbs in Europe, the Himalaya, South America and Yosemite. Whillans wasn't an easy man to get to know, but The Villain takes its readers into his world and explores his character as no other book has done. 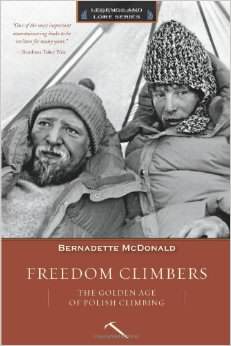 Freedom Climbers tells the story of Poland's truly remarkable mountaineers who dominated Himalayan climbing during the period between the end of World War II and the start of the new millennium. The emphasis here is on their "golden age" in the 1980s and 1990s when, despite the economic and social baggage of their struggling country, Polish climbers were the first to tackle the world's highest mountains during winter, including the first winter ascents on seven of the world's fourteen 8000-meter peaks: Everest, Manaslu, Dhaulagiri, Cho Oyu, Kanchenjunga, Annapurna, and Lhotse. Such successes, however, came at a serious cost: 80 percent of Poland's finest high-altitude climbers died on the high mountains during the same period they were pursuing these first ascents.

Award-winning writer Bernadette McDonald addresses the social, political, and cultural context of this golden age, and the hardships of life under Soviet rule. Polish climbers, she argues, were so tough because their lives at home were so tough—they lost family members to World War II and its aftermath and were so much more poverty-stricken than their Western counterparts that they made much of their own climbing gear. While Freedom Climbers tells the larger story of an era, McDonald shares charismatic personal narratives such as that of Wanda Rutkiewicz, expected to be the first woman to climb all 8000-meter peaks until she disappeared on Kanchenjunga in 1992; Jerzy Kukuczka, who died in a fall while attempting the south face of Lhotse; and numerous other renowned climbers including Voytek Kurtyka, Artur Hajzer, Andrej Zawaka, and Krzysztof Wielicki.
This is a fascinating window into a different world, far-removed from modernity yet connected by the strange allure of the mountain landscape, and a story of inspiring passion against all odds. 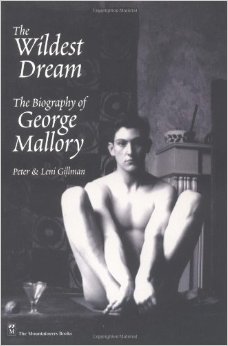 Since the discovery in 1999 of George Mallory's body on Everest, controversy has raged over whether Mallory and Andrew Irvine could have summitted the mountain. Every detail of the climb has been dissected and Mallory's skill as a mountaineer has been hotly debated. Observing the debate, Peter and Leni Gillman felt that the essence of who Mallory was as an individual had been lost. In The Wildest Dream they offer the most comprehensive biography ever written about one of the 20th century's most intriguing personalities.

Exploring Mallory's early years, the Gillmans take the reader to Cambridge and Bloomsbury where Mallory consorted with some of the most colorful literary and artistic figures of Edwardian England: Rupert Brooke, James and Lytton Strachey, Maynard and Geoffrey Keynes, and Duncan Grant, among others. The Wildest Dream moves on to examine exactly what Mallory accomplished as a climber, evaluating the quality of his routes and skills within the context of climbing in the early 1900s.

At the heart of this biography, and of Mallory's life, is his wife, Ruth. The letters they exchanged during the many separations caused by World War I and three Everest expeditions reveal the depth of their commitment to each other and the unwavering support and strength Ruth offered George. The Everest expeditions are also insightfully rendered, offering perspective on criticisms levied at Mallory after the 1921 and 1922 attempts. The authors examine how Mallory, a dedicated husband and father, arrived at his fateful decision to participate in the doomed 1924 expedition and why he continued to press for a summit attempt when the odds seemed stacked against him. As Mallory once declared, a climber was what he was, and this is what climbers did; this was how they fulfilled their wildest dreams. 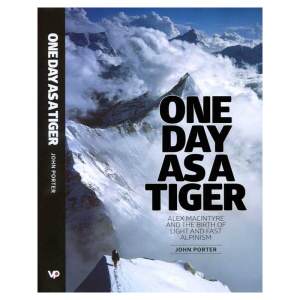 The wall was the ambition, the style became the obsession.’ In the autumn of 1982, a single stone fell from high on the south face of Annapurna and struck Alex MacIntyre on the head, killing him instantly and robbing the climbing world of one of its greatest talents. Although only twenty-eight years old, Alex was already one of the leading figures of British mountaineering’s most successful era. His ascents included hard new routes on Himalayan giants like Dhaulagiri and Changabang and a glittering record of firsts in the Alps and Andes. Yet how Alex climbed was as important as what he climbed. He was a mountaineering prophet, sharing with a handful of contemporaries – including his climbing partner Voytek Kurtyka – the vision of a purer form of alpinism on the world’s highest peaks. One Day As A Tiger, John Porter’s revelatory and poignant memoir of his friend Alex MacIntyre, shows mountaineering at its extraordinary best and tragic worst – and draws an unforgettable picture of a dazzling, argumentative and exuberant legend. -

Everest, The First Ascent The untold story of Griffith Pugh, the man who made it possible by Harriet Tuckey

On 29 May 1953, the summit of Mount Everest was finally reached. The achievement brought fame and honours to many involved – except the man who made the ascent possible.

Now, for the first time, drawing upon previously unseen diaries and letters, rare archive material and interviews, Everest – The First Ascent tells the remarkable story of Griffith Pugh, the forgotten team member whose scientific breakthroughs ensured the world’s highest mountain could be climbed. A doctor and physiologist, Griffith Pugh revolutionised almost every aspect of British high-altitude mountaineering, transforming the climbers’ attitude to oxygen, the clothes they wore, their equipment, fluid intake and acclimatisation.

Yet, far from receiving the acclaim he was due, he was met with suspicion and ridicule. His scientific contributions were, quite simply, at odds with old-fashioned notions of derring-do and the gentlemanly amateurism that dogged the sport.

This insightful biography shows Pugh to be troubled, abrasive, yet brilliant. Eight years in the writing, closely researched, and told with unflinching honesty by Pugh’s daughter, Harriet Tuckey, Everest – The First Ascent is the compelling portrait of an unlikely hero.

More in this category: « Jon Griffith's Alpine Exposures reviewed One Day As A Tiger wins at Banff Mountain Book Festival Competition »
back to top