Climber Anna Taylor is making good progress in her an attempt to be the first woman to complete a continuous round of every route that features in ‘Classic Rock’, the iconic guidebook written by Ken Wilson.

Carrying all of her kit with her, Anna will cycle between each set of routes, covering 2,400 kilometres and climbing over 10,000 metres. The climbs are located around the UK, from the North West Highlands of Scotland, to the spine of Wales, and down to the south west tip of Cornwall. Accompanied by adventure photographer Marc Langley, Anna started her Classic Rock Tour in Cornwall on Saturday 31 July. She is being supported by Berghaus, which has supplied her with the latest performance outdoor kit and is showcasing her progress online. 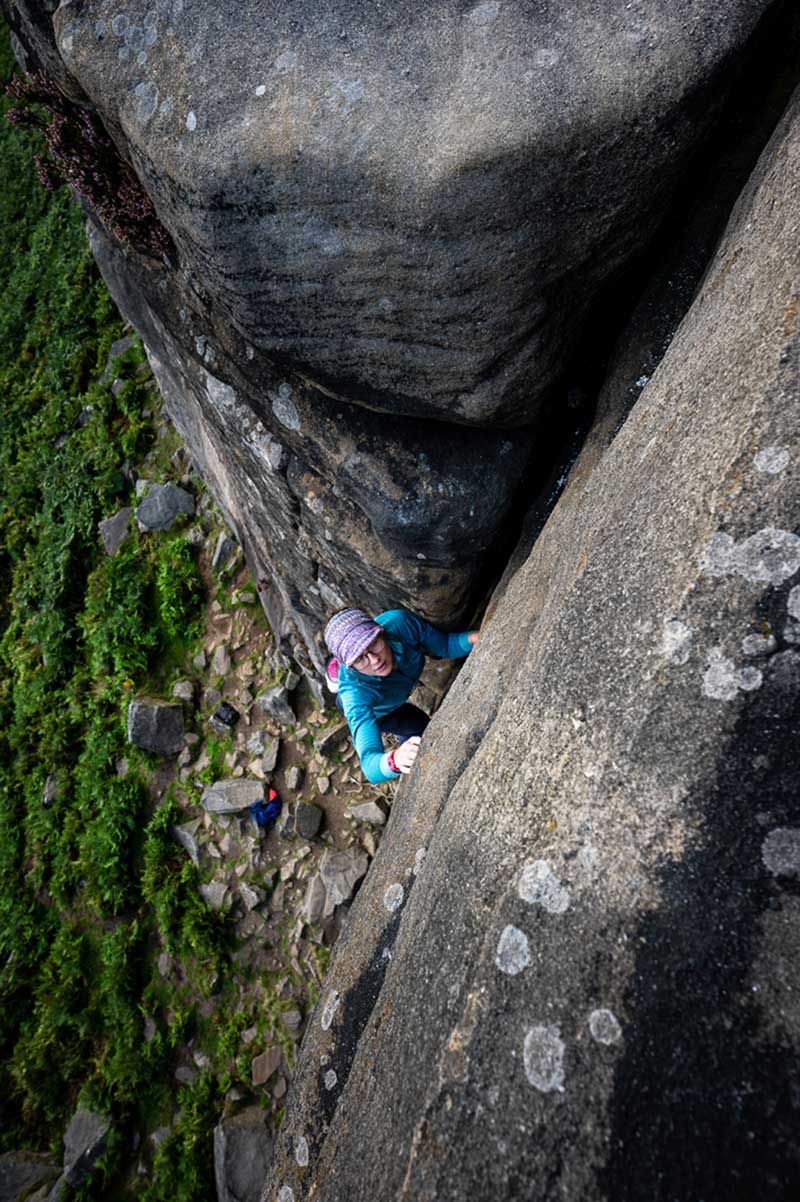 After completing Leg 1 fairly serenely, Wales proved to be more of a challenge, with bad weather slowing Anna’s progress. However, she persevered and completed the Classic Rock routes on Leg 2, summing up the experience with: “All in all Wales has been tough. Conditions could not have been much worse, but there is light on the horizon, as we seem to be heading into a week of good weather in the Peak District. Against the odds, every climb has been completed, and I for one am seriously looking forward to some short grit routes and sunshine!”. You can read Anna’s full blog post about the Welsh leg on the Berghaus website - Anna’s Classic Rock Tour – Leg 2: Wales - berghaus-en.

Anna’s eager anticipation of the Peak District gritstone (and then Yorkshire) was tempered somewhat by a bout of illness, but again she kept going and reported that the highlights of Leg 3 were Hargreaves Original at Stanage and Via Dolerosa at the Roaches. Feeling unwell also led to a reduction in Anna’s blog posts, but not her rate of climbing. She has now also completed Leg 4 on her home ground of the Lake District and is having a brief rest before the final part of the tour, which will see her cycle to Scotland for Legs 5 and 6. 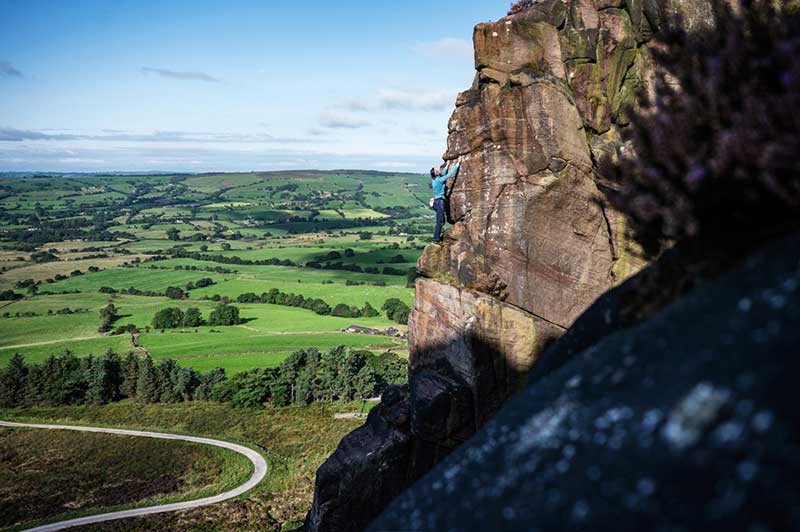 First published in 1978, Ken Wilson’s Classic Rock features 83 of the best rock climbs (up to the grade of VS) that England, Scotland and Wales have to offer. In a similar fashion to Munro or Wainwright bagging, some climbers make a long term project out of ticking off all of the routes, travelling all over the country to get them done. A continuous round of the Classic Rock routes has been done before on at least two occasions, by Jamie Fisher and Oli Warlow. Anna Taylor is aiming to be the first woman to complete a round and has planned a trip that is as sustainable as possible. She will cycle tour between each area, carrying all of her own kit, and only using ferries when necessary, in order to get to the routes that are located off the mainland.

More in this category: « James Forrest completes 16 day solo unsupported 3 Peaks walk Climb2Recovery Veterans take on their most challenging climb to date, in the French Alps »
back to top