Another year, another "back system". Mammut's Trion Spine 35 promises a pack that "works with you to make your load more comfortable and evenly distributed" - sounds so good we had to check it out.

At 35litres the Trion Spine is as small a capacity as you're likely to get away with for alpine and mountaineering use, although there are both 50 and 75 litre options available. Its USP is a back system with semi-mobile shoulder straps and hipbelt, but it's also a pack built to be durable and include the technical tweaks that make a real difference in the most unforgiving environments.

The Trion Spine 35 will take even difficult ascents in its stride. Thanks to a suspension system featuring the Active Spine Technology and integrated height adjustment, the backpack allows greater freedom of movement for the shoulders and hips, resulting in a more natural gait. It also ensures optimal load transfer during all walking movements, even when carrying a heavy weight. With a capacity of 35 litres, an additional front opening and a range of features, the Trion Spine 35 offers everything an alpinist's heart could desire..

The marketing USP of Mammut's Trion Spine is its revolutionary back system, so it makes sense to start there. Over the years we've been inundated with new "back systems" - it's probably the most common year-on-year change after colour. Each one promises more comfort, more stability and/or a better fit and to be honest the reality is that in the majority of cases the difference, if any, from the previous back system, or the competitors' offerings, is barely perceptible. So is the "Spine" anything to write home about?

Well the first thing about the Spine back system is that it's not really a "back system" in the way we know it. Rather than the innovation going into the back it's actually changes in the hipbelt and shoulder straps that define the Spine. The idea is that the shoulder straps and hipbelt have a degree of lateral movement at the points of contact, meaning that these points move rather than the pack itself. It's not an entirely new concept, but Mammut appear to have cracked the problem of stability on the move. While the shoulders and hipbelt move independently a bar connects the two, preventing over rotation of one end compared to the other. 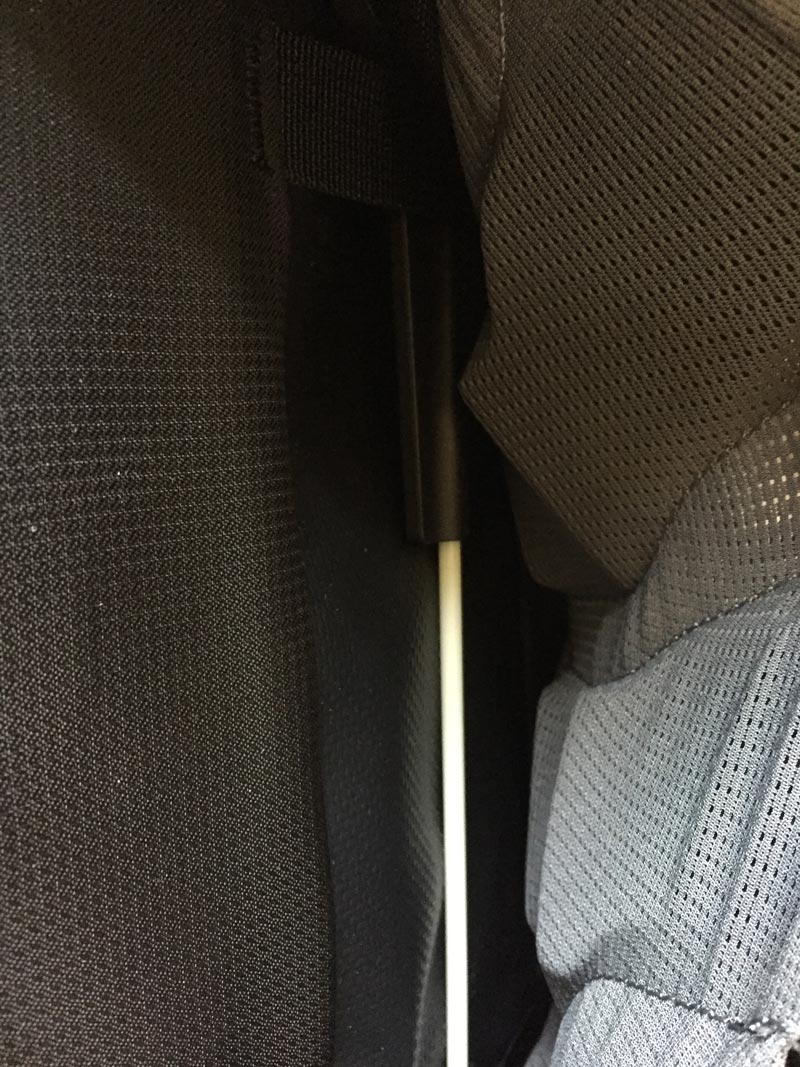 Initially the Trion Spine looks and feels very much like any other pack, but it's one of those rucksacks that improves under load. With a minimal load the benefits of the Active Spine System don't really come into play, but fill it up with a bit of weight and the pack somehow feels more a part of you. Instead of a time lag between your movement and the pack following, particularly on uneven ground and especially when scrambling, the pack feels more like a part of your body. 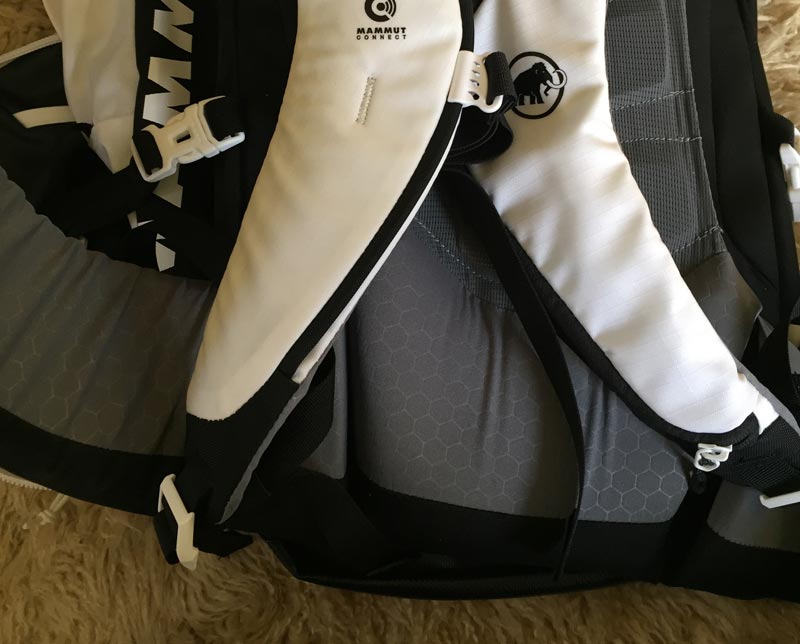 Alongside the hipbelt and shoulder strap elements Mammut have also made it extremely simple to adjust the back length in seconds. Simply grab the tab marked "pull" and do as it says; a scale of M,L, and XL are marked on the left hand side and the adjuster has a positive, ratchet style, "clunk" as it clicks into place. The combination of the length adjustment and the Active Spine results in a pack that improves freedom of movement and conservation of energy. 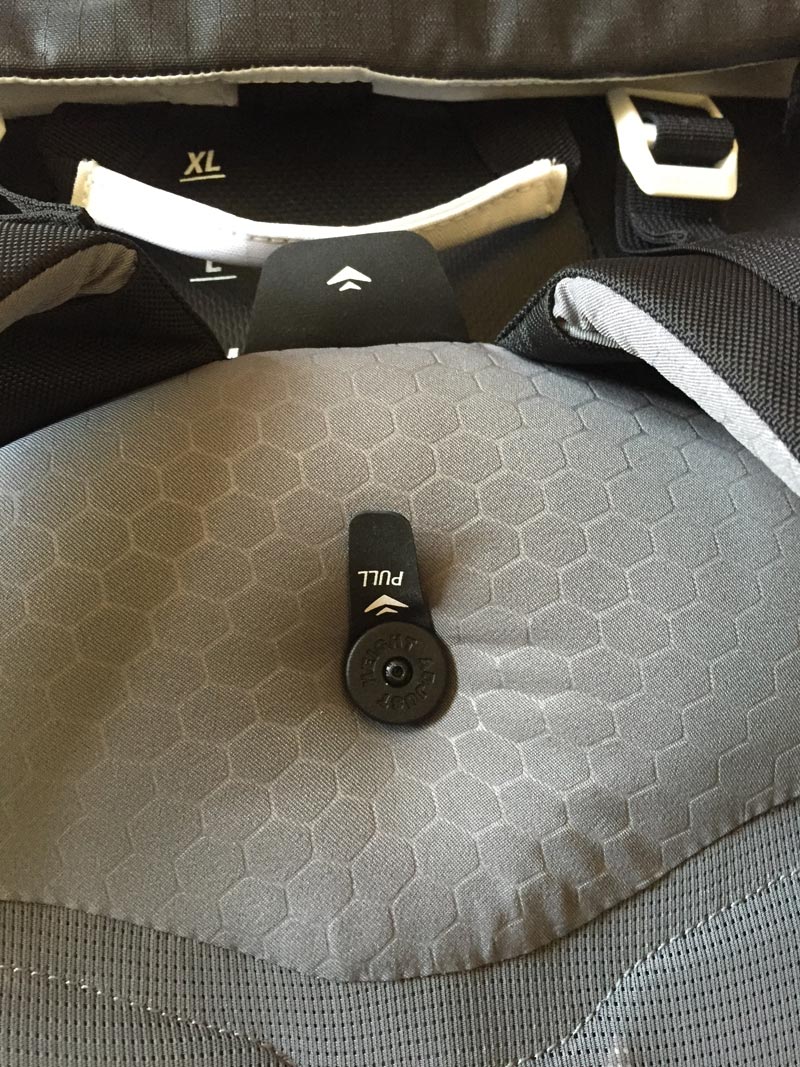 The Active Spine System is undoubtedly at its best on the mountain, where the constant shifts of weight are evened out, and in terms of its technical features it's very obviously a mountaineering pack. You get one main compartment with top or front entry. The lid is fully floating to accomodate ropes and can be totally removed by unclipping a small plastic clip and the four straps. 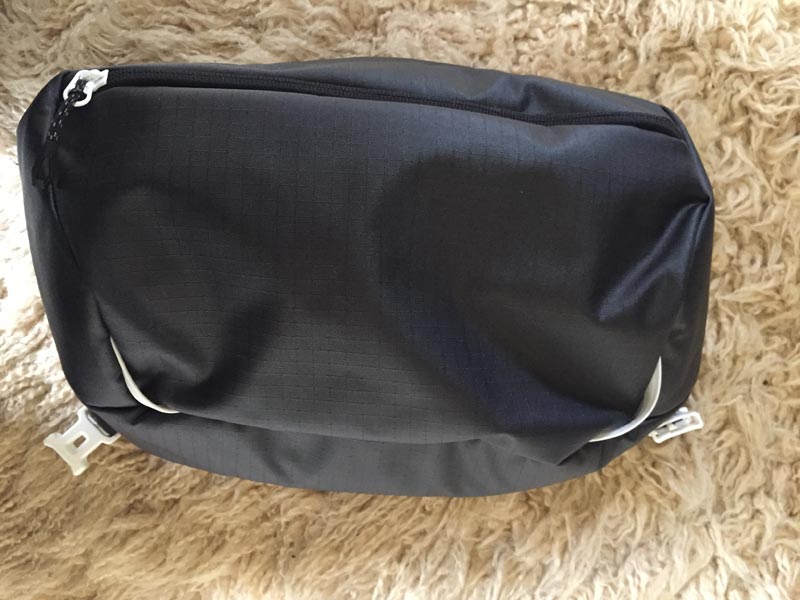 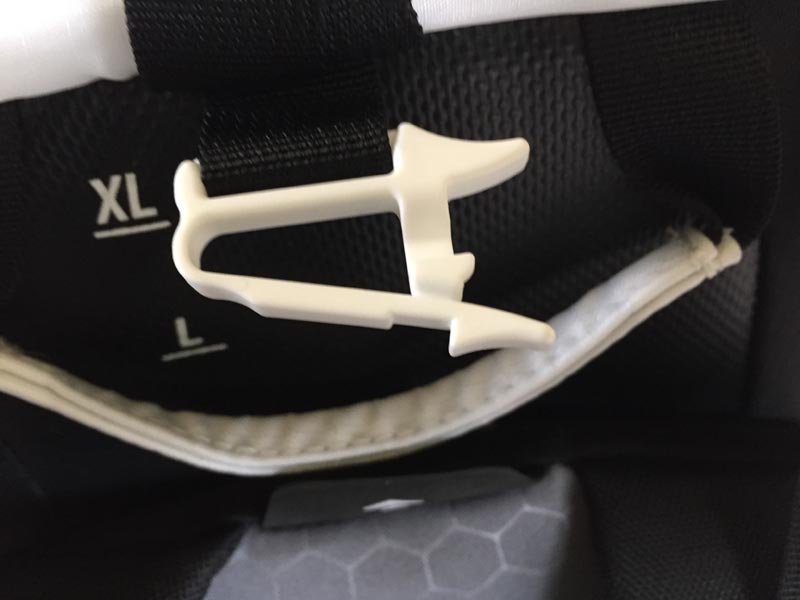 You get a hydration tube access point on one side of the pack and a large bladder sleeve in the main compartment. 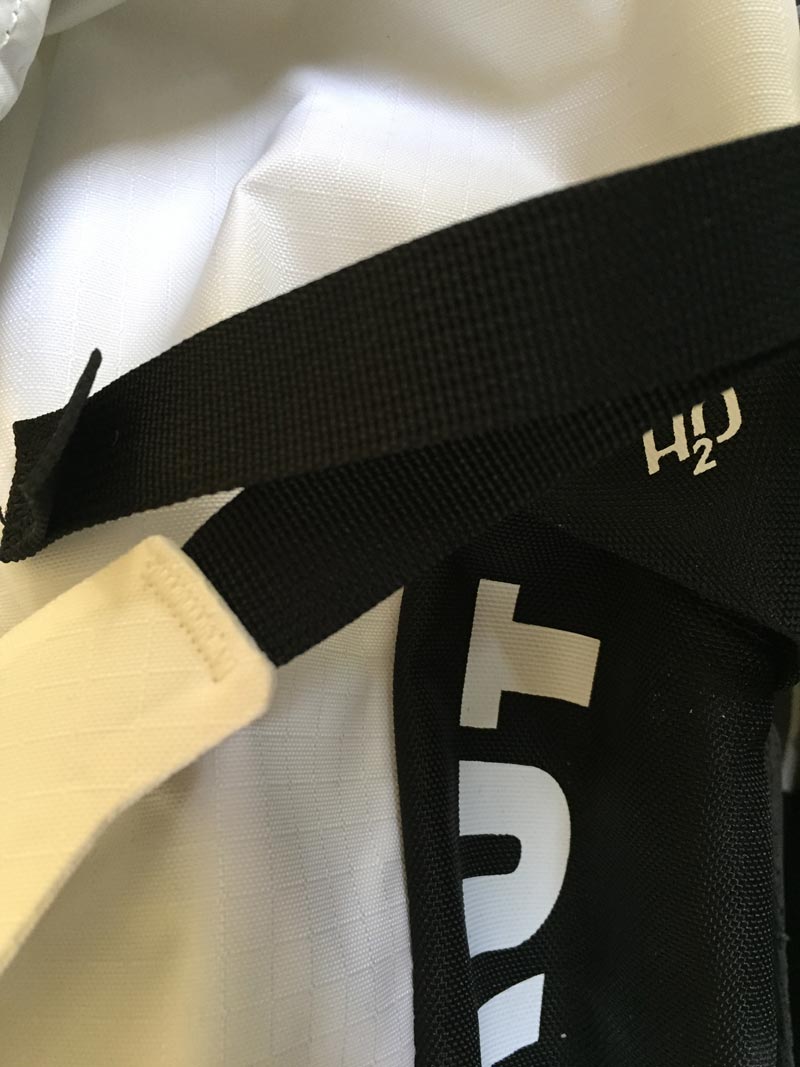 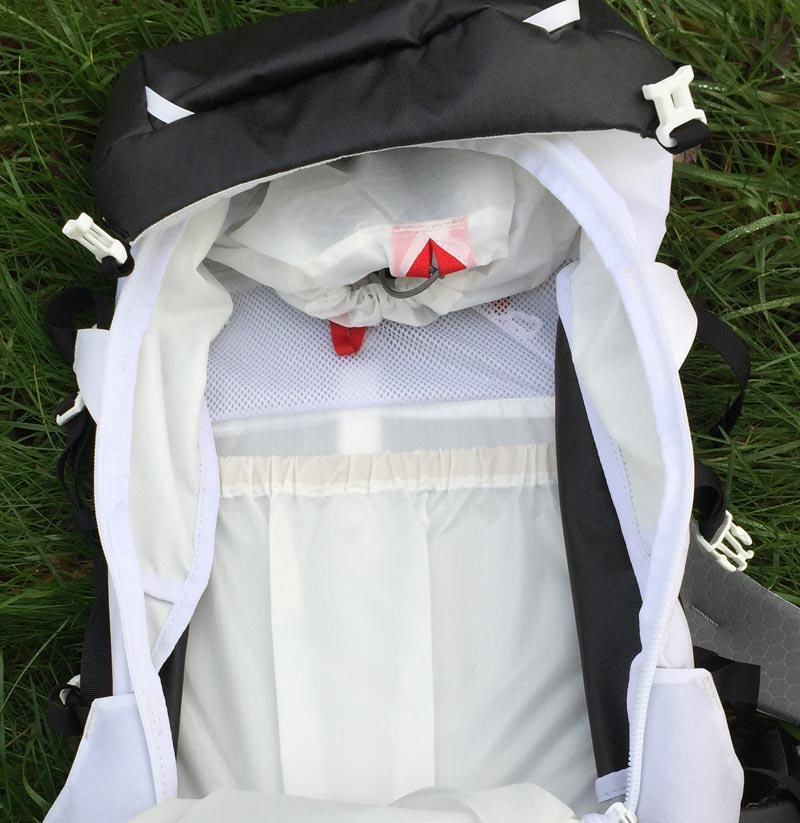 Being a mountaineering pack you don't get a plethora of external pockets; you get one in the lid and a couple of phone sized ones on your hibbelt and shoulder strap and that's your lot. You do, however, get a decent set of ice axe holders and pole carrier and the side panels are reinforced for ski carrying. Throw in a gear loop on the hipbelt and daiy chain loops on the back and it's not hard to see who the target market are.

The materials used in the Trion Spine have been weight-reduced where pssible but this is an alpine and mountaineering pack - and durability doesn't come light! At 2200g it's far from the lightest pack, but it is tough, very tought. For scrambling and mountaineering the weight is worth it for the technical features and stability, even the zips have been optimised for cold weather with pull-loops big enough to slide a gloved finger through! As a multi-day trail pack it's debatable whether the weight is worth the compromise, especially at the price, but it would still manage if you only have the option of one pack. Put it in the mountains, though, and it will surprise you. The change in movement may not even be noticeable at first but try it for a few days and then swap back to your old pack and you'll soon see the difference. It's a specialist pack designed for a specific environment and the closest we've seen to a perfect scramblers pack.

More in this category: « Mountain Equipment Ogre 33L+ Women’s Pack tested and reviewed
back to top