It was the run-up to Sheffield Adventure Film Festival and I was going through the annual struggle of how to fit everything in one vehicle for a week of mixing meetings with getting outdoors and culminating in another ShAFF kit sale when Vauxhall approached us with a review offer.

With a lifestyle that can yo-yo between business meetings, desk bound hours, and actively testing products in the outdoors it's genuinely hard to find a car that fits all situations, but that was essentially what the offer of a Mokka X for a week was promising. OK it wasn't my first choice of model being the 2 wheel drive version but it was still an interesting concept; a car that would take green lanes with ease but look perfectly at home in a business carpark. 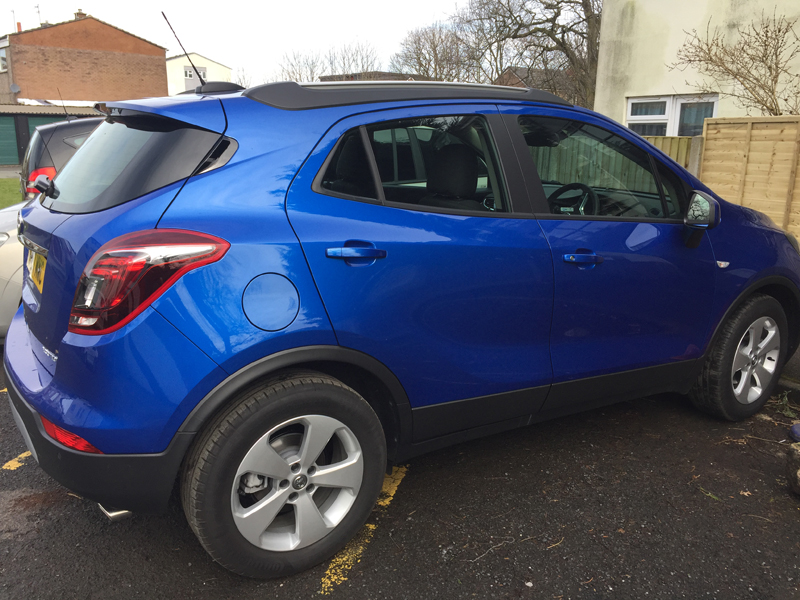 It would be easy to fill the review with technical specifications but, to be honest, the real things that matter are: How does it drive on and off road, is it comfortable over long distances and how does it deal with multi-purpose use? For the specifications you can check the website where you'll be shown the full range of petrol and diesel engines - for the review we were offered the fuel-saving ecoTEC Diesel.

First things first, it's seriously comfortable to drive. Despite looking a bit short and squat there's a surprising amount of head and legroom in the front and the seat provides a good balance between support and post-walk comfort. The array of information screens takes some getting used to if you're coming from an analogue-dials car but the essentials are pretty self explanatory, at least in terms of getting you driving. 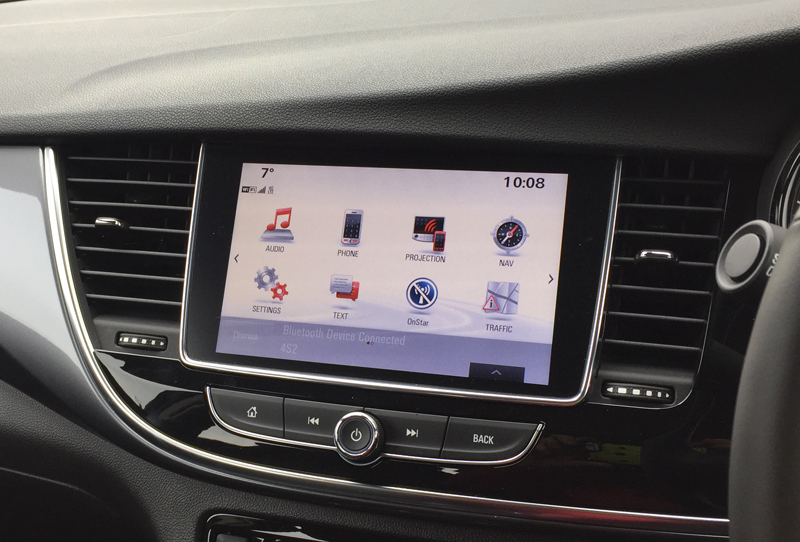 By default I have a policy of never answering my phone while the engine's on but with it being a review it made sense to pair my phone with the car's information system and to be fair was a very simple process. For those happy to make and receive calls hands-free it works pretty much out-of-the-box. Similarly the mapping/gps works as you'd expect, with live traffic monitoring helpfully interjecting when jams were 20 or 30 miles away..........something that really comes in handy on the drive up the M6 to the Lakes.

On the road the suspension puts up with a lot, handling speed bumps and potholes with minimal jarring but on the winding country lanes around Cheshire and the Western Peak District the Mokka X really comes into its own. The short, squat, nature of the car gives it a low centre of gravity which means great cornering while the traction and stability control mean you always feel in control. Power from the ecoTEC diesel is almost instantaneous when you need it climbing the Winnats Pass and there's no noticeable lag in the turbo. 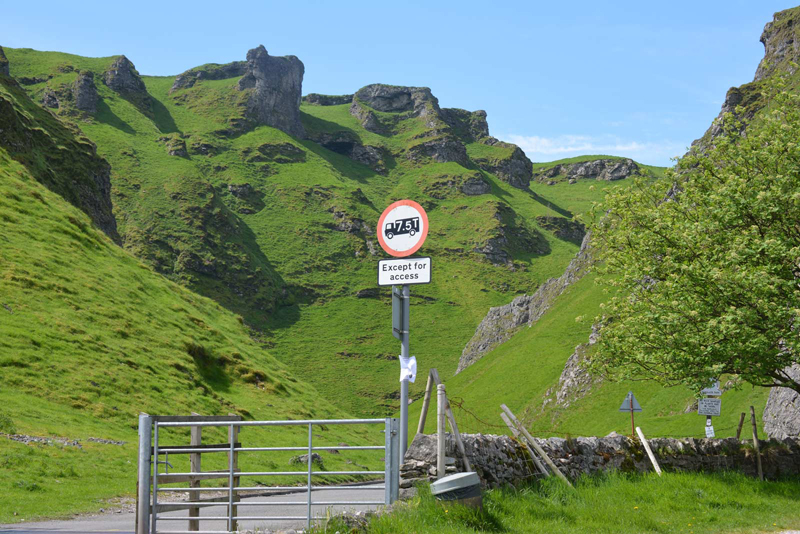 If there's one over-riding impression I got from the Mokka X it has to be efficiency. From the Start...stop...start...stop of the ecoTEC engine everything seems to be designed around making things easy. Seat position and height to give a comfortable driving position - simple and fast, climate control - 1 touch, fuel consumption - a noticeable difference beyond the stop-start sequence. The rear camera and parking sensors took some getting used to, particularly the distance at which the sensors start bleeping, but by the end of day 2 I'd got pretty much used to the setup and it does save time parking. 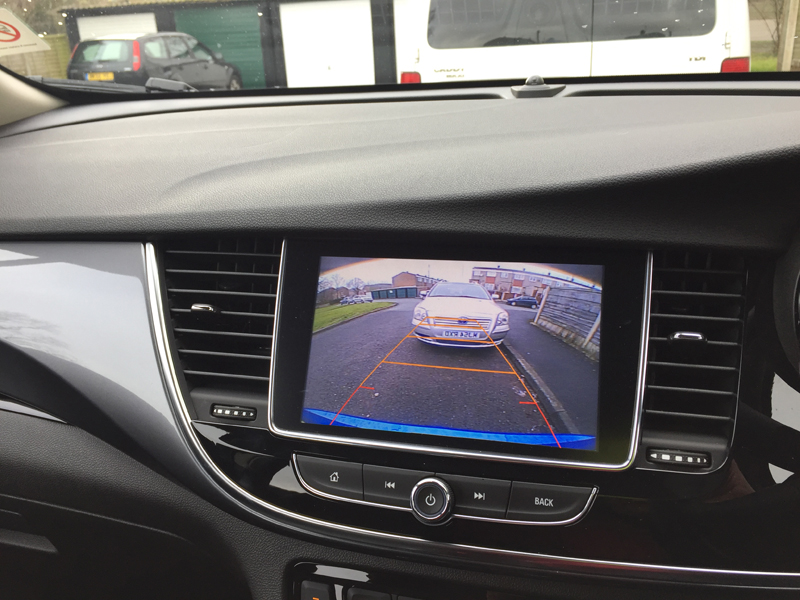 Finally there's the boot; a vital area if you're heavily into the outdoors. With a 60/40 rear seat split the capacity is both adaptable and surprisingly spacious. What makes a real difference, however, is the rubberised coating; ideal if you've got muddy boots or kit and easy to clean down quickly if you're rushing from activity to meeting. 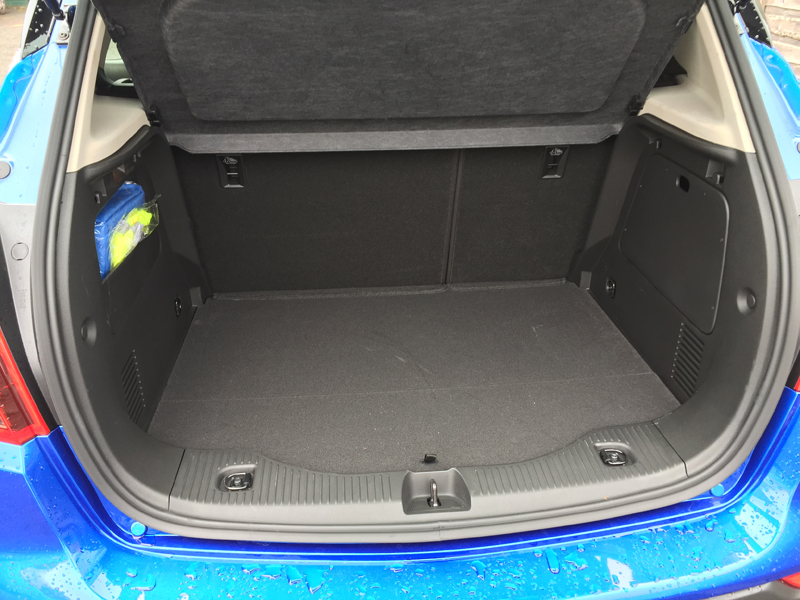 Sat in a car park the Mokka X looks pretty innocuous - a typical SUV to all extents and purposes and for that reason it's a great choice for adventurers. It doesn't stand out in car parks when left for long periods but equally doesn't stand out as a "cheap" car when you're parking up for a meeting where you want to look business-like. Inside, however, it's as technically equipped as you could ask for - even to the point of retaining a proper hand brake rather than the dreaded electronic version some manufacturers are using.

It would have been a better test with the 4x4 version, particularly in more demanding conditions, but the Mokka X did everything asked of it with ease and in comfort. It looks the part in the car park and looks and feels the part on country lanes. The electronic assistances are discreet and predominantly usefull rather than being there for the sake of it and short of a hybrid or full electric engine it was as good as we've seen for fuel consumption. Would I buy one? .....well if I had £20k and was in the market for a new car I'd certainly consider it; perhaps the petrol version given the recent stink over diesel but I'd definitely consider it.

More in this category: « The Salomon Glen Coe Skyline – Taking on the race where mountaineering and running meet. Frutt harvest and fresh berms - Autumn eMTB manoeuvres in Switzerland. »
back to top