The events are in partnership with the National Trust's Longshaw Estate Moorland Discovery Centre near Hathersage (http://peakdistrict.nationaltrust.org.uk/places-to-visit/moorland-discovery-centre) and the University of Derby, who last year opened their Oaklands Manor Outdoors Leadership Centre at their Buxton campus (http://www.oaklands-manor.com/). 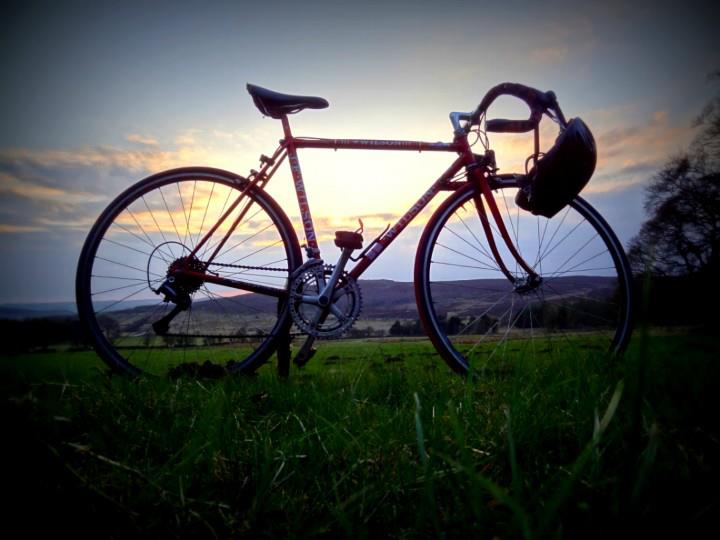 Cycle to the Cinema's (https://www.facebook.com/CycletotheCinema) rolling programme of films will start on Friday 6th June with the epic round-world cycle trip 'Janapar - Love on a Bike' (http://janapar.com/), winner of the ShAFF 2013 Best Spirit of Adventure Film award (http://www.shaff.co.uk/whats-on/films-a-to-z-list/janapar-love-on-a-bike/).

Perks & Prizes for Pedallers:  You don't have to come on your bike and we won't just be showing cycling films but as an incentive for anyone arriving on two wheels we'll have a special package including a Torq energy gel (http://www.torqfitness.co.uk/), a National Trust wrist band, entry into a prize draw to win a free in-store Platinum Bike Service at Sheffield's Over Ride Cycleworks (http://www.over-ride.co.uk/).  University of Derby students will also be on hand to help with cycle repairs and basic bike maintenance.

The evenings will start at 8pm giving you time to grab a bite to eat after work and cycle up the hill and you will be able to order tea/ coffee and cake when booking your tickets so don't worry about low blood-sugar. Things will wrap up between 9.30pm and 10pm giving you time to freewheel home and jump in the shower before bed. The first screening sees Janapar, described by Sheffield Adventure Film Festival organiser Matt Heason as "one of the best films we've ever shown at ShAFF" open the programme on Thursday 6th June with further screenings over the summer to be announced. Only a week old Cycle to the Cinema already has its own Facebook page and with tickets at just £6 (£2 for children) and the summer nearly here it looks like a great way to end a day cycling in the pEak District.

Adventure Sports Events consultant Matt Heason said, "I've been really encouraged by the popularity of ShAFF.  Ticket sales have trebled over the past three years.  Last year we set up the Buxton Adventure Festival with speakers and films and 100% of the audience said they'd come again.  So I was delighted when the National Trust approached me.  The Longshaw Discovery Centre is a great venue to establish a film night in the heart of the Peak District, showcasing a range of incredible adventure films on a more regular basis than BAF and ShAFF.   I'm also grateful to our sponsors the University of Derby for their enthusiasm and commitment to promoting outdoors sports and activities".

"I'm a climber but I've become a keen cyclist myself.  With the phenomenal growth in cycling and the Tour De France coming to Yorkshire I wanted to encourage and inspire people to get out in the great outdoors.  It's not just for cyclists and we won't just be showing cycling films.  It's about embracing the spirit of adventure whether you're an elite athlete or a ordinary bloke like Tom Allen who in Janapar sets out on a round the world bike trip that turns his world upside down."

"If there are any aspiring adventure film-makers out there, I'm keen to showcase local talent with shorts ahead of the main bill so please do get in touch."

More in this category: « The 2019 Berghaus Dragon's Back Race is open for entries. Rob Sinclair and Sophie Grant win the fourth Lakes Sky Ultra »
back to top