The industry’s best were awarded an Outdoor.markt Trophy from publishing house Jahr Top Special Verlag. There were seven categories judged by a panel of industry experts, awarding the year’s best brands, retailers, campaigns and innovations. 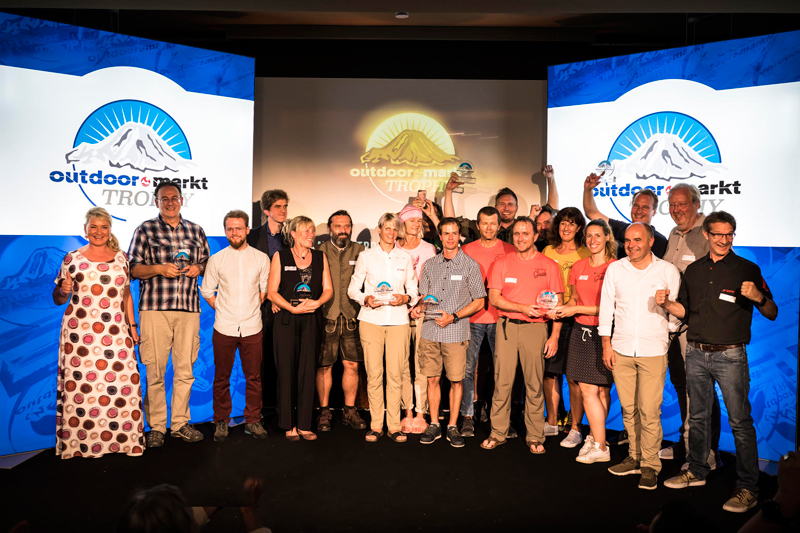 This year, the prestigious “Outdoor Oscar” for Personality of the Year was presented to Nick Brown, owner and founder of Nikwax & Páramo for 42 years of pioneering and driving change within the industry. Nick’s actions and own company development was decades ahead of the industry. He challenged brands to consider sustainability in their business models long before CSR became a key part of outdoor industry brand strategy.

Vitus Wuhrer, son of Albrecht von Dewitz, gave an impassioned and heartfelt speech before presenting the award to Nick Brown. Vitus described Nick as a “Maverick” of the industry, for being “non-conformist, a trend setter, free spirit and a brave hero.” In Vitus’ words:

“Nick built Nikwax with an extraordinarily high level of social and ecological consideration at its core. His range of products are water-based, instead of using harmful and flammable solvents. He also never used PFCs in his treatments, which is amazing.

Today the list of what he has achieved is very long – consisting of lots of firsts and onlys. He started Páramo Outdoor Clothing in the ‘90s, again built on high social standards, in South America. This brand was the first to sign the Greenpeace Detox commitment.

These are two very successful brands driven by his pioneering spirit and are two very bright spots within the outdoor industry. Not only that, he is also a driving force in other environmentally engaged organisations. He is one of the founding members of European Outdoor Conservation Association (EOCA) and is one of the ambassadors of the World Land Trust.” 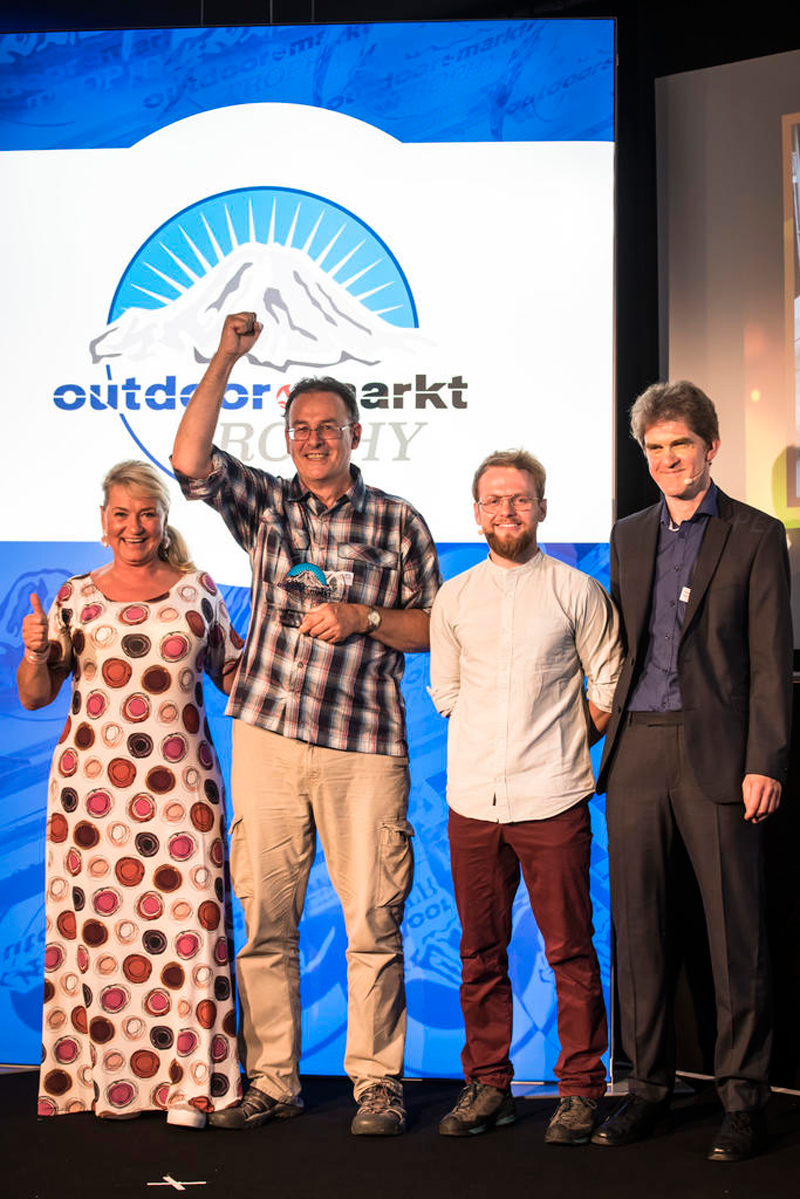 On accepting the award Nick Brown said: “I feel immensely honoured to be receiving the award, in particular as I am known in the industry as a true troublemaker for challenging each and every brand to become green and transparent in their actions. I am overwhelmed, but particularly overwhelmed to hear Vitus’ speech, that could not have been better. Thank you all so much.”

More in this category: « Latest EOG research reveals growth in climbing category in 2018 New Innsbruck Ski plus CITY Pass integrates transport culture and lifts for ski season »
back to top

MyOutdoors @MyOutdoors
RT @BritishCanoeing: The new #ClearAccessClearWaters website is here! 🤩📢 Sign our petition! 📢🤩 It will take no more than 2 minutes but h…

MyOutdoors @MyOutdoors
@thismorning @blacks_online It was probably caused by generations of Labour voters turning in their graves.