For many people the first time they heard the name Jon Griffith was when the media world exploded as a fight broke out high on Mount Everest. Jon was the "British photographer" in the news reports, trapped alongside Ueli Steck and Simone Moro at Camp 2. In the worlds of mountaineering and adventure photography, however, Jon Griffith was already an established and hugely respected name. In his book Alpine Exposures Jon presents a stunning photographic record of ten years of working, climbing, flying and skiing in the mountain playgrounds of the Alps. 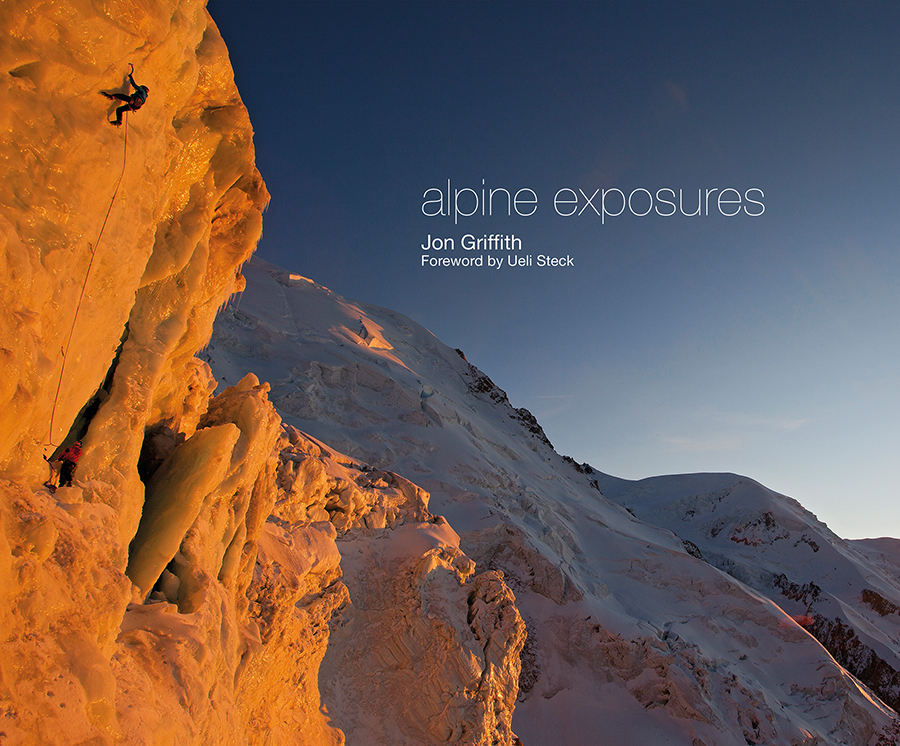 Based in Chamonix Jon Griffith has climbed the world over and established himself as one of the world’s leading mountain sports photographers as well as being a highly accomplished Alpinist himself. Shortly after starting out he realised that to get the photographs he really wanted he didn't need to work on his photo skills but he needed to make the journey from punter to alpinist just to reach the shots he wanted. The journey saw him first take on classic alpine routes before moving on to Patagonia, Alaska and the Himalayas. Despite travelling the world, however, he always returns to the Alps. 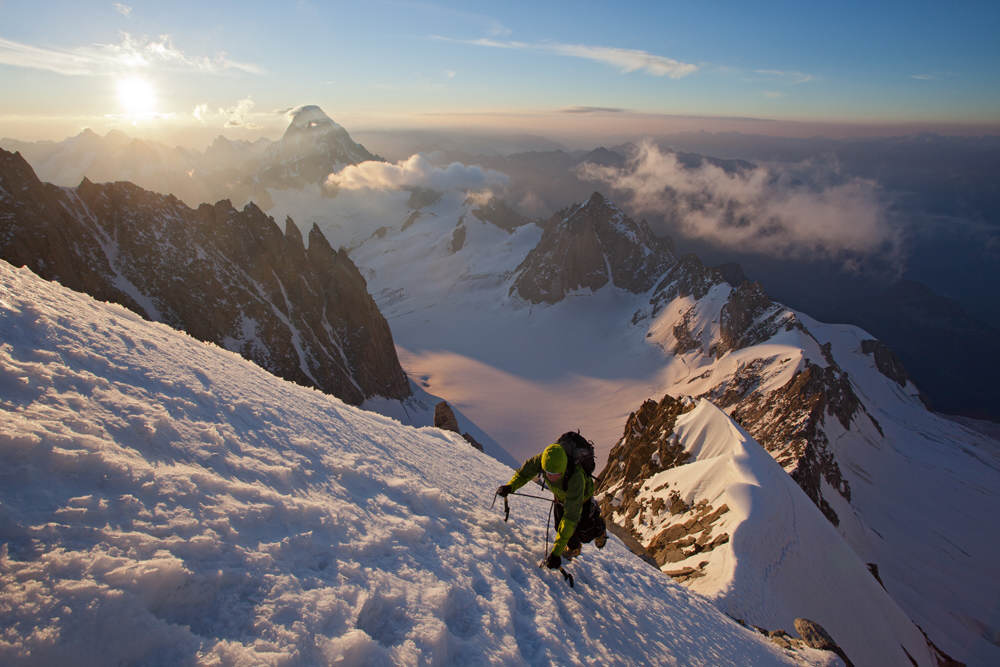 In the advertising for his book Jon says "I wanted to keep true to the values of Alpinism and to the people that I’ve climbed with. To that end all the images contained are real- these aren’t posed shots but honest moments captured that show a fleeting glimpse of a greater climb. The extended captions are there to help set the scene because sometimes it’s easy to forget that behind a split second snap shot in time there may have been days of hard climbing just for that single moment through the lens, and for me that’s important".  In that single quote he defines one of the qualities that really sets this book apart. While each of the 288 pages is adorned with jaw-dropping images they tell a story, both singly and in combination. The movements, the facial expressions and the intense concentration are all definitive of the adventures we dream of and the level of both the climbing and the images mean that most of us they will only ever be dreams. 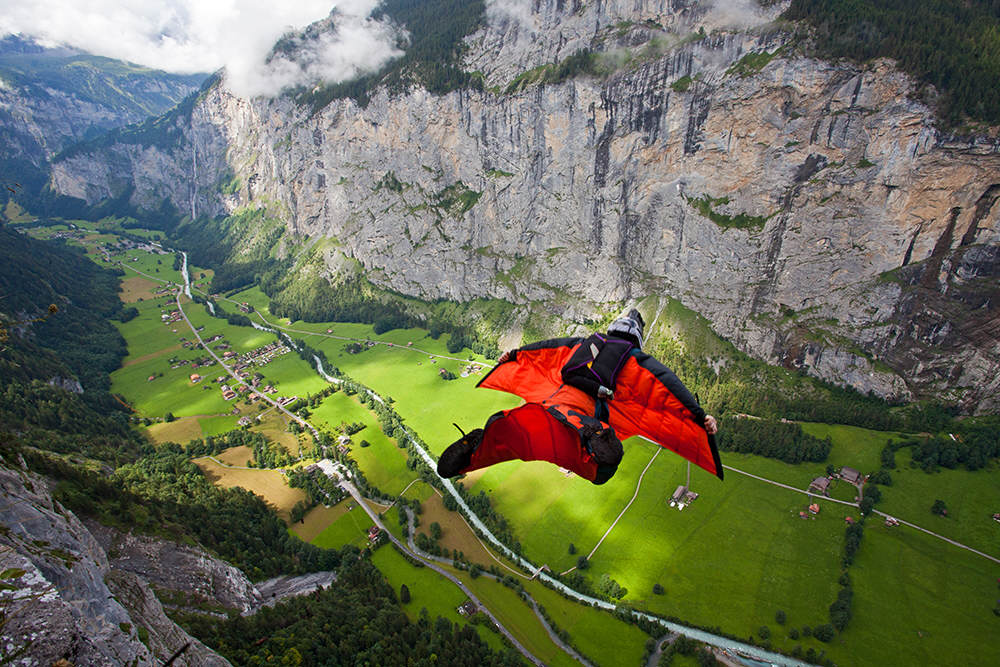 Written in English, French and German the book is divided into Alpinism, Skiing, Climbing, Landscape, Ice Climbing, Flight and Work. The Mont Blanc Massif, close to the author's home in Chamonix, is the main focus and particularly the Grandes Jorasses where he's probably spent more time than in his own bed. While all the images get captions that go beyond a simple single-liner, and are given context, the Climb and Work chapters benefit from additional paragraphs giving the story behind the picture. Classic routes roll out one after another, the Innominate Ridge, Freney Pillar, Whymper Couloir, Colton-MacIntyre and Eiger North Face, with the author treating time and light as an artist uses palette and oils.

In this job I get a lot of books for review, it's a privilige I'm constantly aware of. Alpine Images, however, I paid for myself and at £35 I was expecting a lot of book. Well physically it's certainly a lot of book; you may need to think about strengthening your coffee table to hold it. The print and paper quality is a credit to the publishers, Vertebrate, and the layout generally superb. With the text in three languages the font is naturally a little smaller than usual and takes a bit of getting used to but even that looks like a fine art exhibit while allowing the images to take the prominent position they deserve.

If a photograph captures a single moment in time the images in Alpine Exposures capture the moments then steal your time. Open the cover and you can lose an hour or a day, the images so real you can almost feel the warming glow of an alpine sunrise and smell the grass of the valley far below. Each chapter could be a book on its own and I'm not even going to start on how many pictures I'd have hanging on my walls. Was it worth £35?  I could list you 100 pages each of which is worth the cover price on its own.

Alpine Exposures is available directly from the author here

More in this category: « Statement - The Ben Moon Story by Ed Douglas reviewed 5 top modern mountaineering biographies »
back to top