Life of a Mountain: Blencathra. An exclusive 1st review

With just 2 months to go before its long awaited premiere we've been fortunate enough to get our hands on a full copy of the final two hour edit of Terry Abraham's latest Lakeland masterpiece, Life of a Mountain: Blencathra. 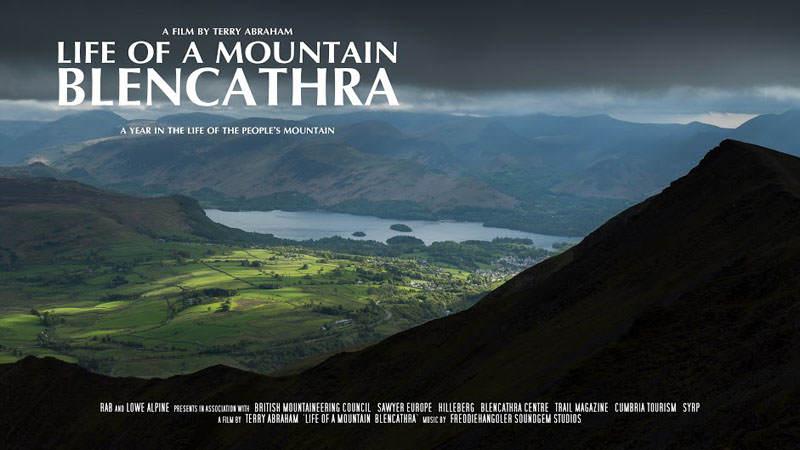 With over a million viewers on it's BBC4 debut last year Life of a Mountain: Scafell Pike set an incredibly high bar for the second in a trilogy, the third film will feature Helvellyn, but on first viewing "Blencathra" won't disappoint. As wih its predecessor, Scafell Pike, Director and Producer Terry Abraham knows his audience and knows how to please them. It may not feature on the prize lists of the world's mountain festivals but in terms of the number of viewers it will probably beat the top top ten of Kendal or Banff by an order of magnitude.

While the title implies Life of a Mountain: Blencathra is a reprise of the formula so successful in its predecessor it manages to both continue the theme but also work as a standalone production. There's a familiarity that will comfort the returning Scafell Pike viewer while, in the second hour in particular, there's enough of a difference to attract and hold a new audience. While the film still covers a calendar year the seasonal timeline isn't quite as rigid and the equinoxes not quite so defined, and while initially this is confusing that's more down to preconceptions coming from the Scafell Pike film. The less rigid structure allows a series of smoother transitions that reach their peak in the exquisitly edited footage that accompanies the specially written for the film When the mountains meet the sky. 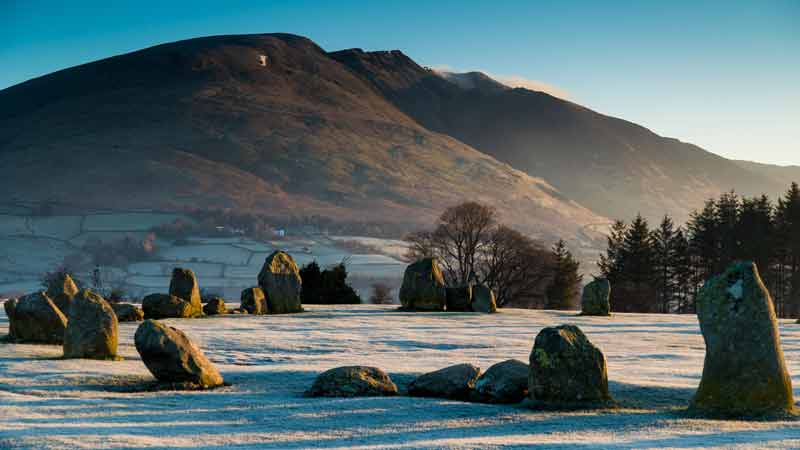 For lovers of Terry's style of filming there's noticeably less timelapse footage in Blencathra, but it's wonderfully supplemented by some stunning aerial footage. It's refreshing to see how the aerial footage has been treated; used where it adds to the production rather than used for the sake of it. You could equally say the same about Alan Hinkes, who in Scafell Pike plays very much a bit part but in Blencathra appears regularly throughout. As with Scafell Pike there's a strong element of examining the pressures of living in this remote part of Cumbria through the eyes of those who live and work there, and with the likes of Eric Robson and David Powell Thompson there's a good degree of cross-over in the personalities highlighted.

By coincidence the film was being recorded when the recent floods hit Keswick and the surrounding area, and the producer must have had a difficult decision on whether to include the events which made national headlines. News coverage was obviously sensational; a feel that could so easily jar with the pace and style of the film, but floods and their destructive properties are a factor of living and working in the area. In the final cut the most sensational news report footage cuts in almost as abrubtly as the floods themselves hit, but for such dramatic events it's handled sensitively within the overall narrative and while the impact continues to make its presence felt through the last hour of the film it's portrayed very much as another of the facts of life when living under the shadow of the mountains.

While the working life of farmers, volunteers, "Friends of" societies and local organisations are replicated in Blencathra there's more of a focus on the physical activities the mountain plays host to. For Joss Naylor in Scafell Pike read Steve Birkenshaw in Blencathra and for the Wasdale Show substitute the local school and folk singers, but don't let that fool you into thinking it's just another "Life of a mountain" matching like for like with its predecessor. There's a moodiness to Life of a Mountain: Blencathra that doesn't exist in the Scafell Pike portrayal, with a darker look to the skies that's replicated in the Directors love of "natural lighting" in several of the, indoor recorded, interviews . 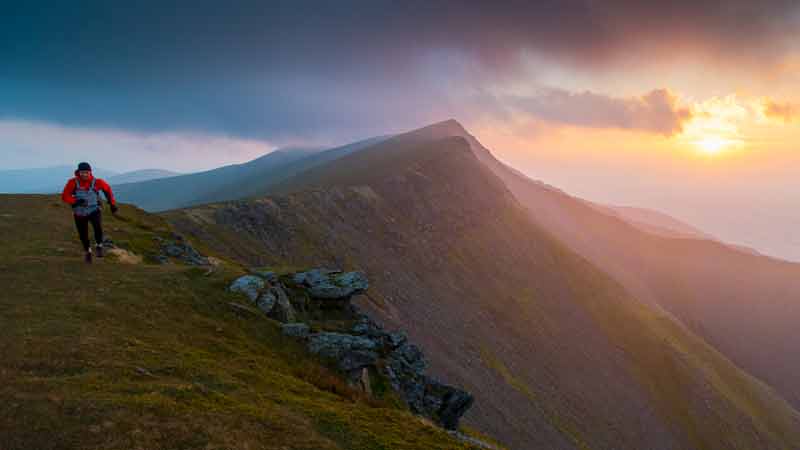 With its location on the northern fringe of the main Lake District mountains, Blencathra sees its fair share of dramatic weather as it catches the front of weather patters, and in true Terry Abraham style the depiction of the mountain's changes through time and season are literally breathtaking. At 120 minutes there are bound to be questions about holding an audiences attention throughout but the Producer has subtly introduced both a change of pace and a change of mood shortly after the half way point that works to refocus the viewer. There are undoubtedly sections that could be cut for a more TV friendly time slot; Steve Birkenshaw, for example, gets the obligatory coverage for his fell running exploits but, love him though we do, he's not exactly the most rivetting of conversationalists. Ed Byrne at times seems like a fish out of water, not in finding himself on Sharp Edge, but in a lack of response to his humour from his companions. Perhaps pairing him with Alan Hinkes would have proved a better foil for either party's wit and repartee. 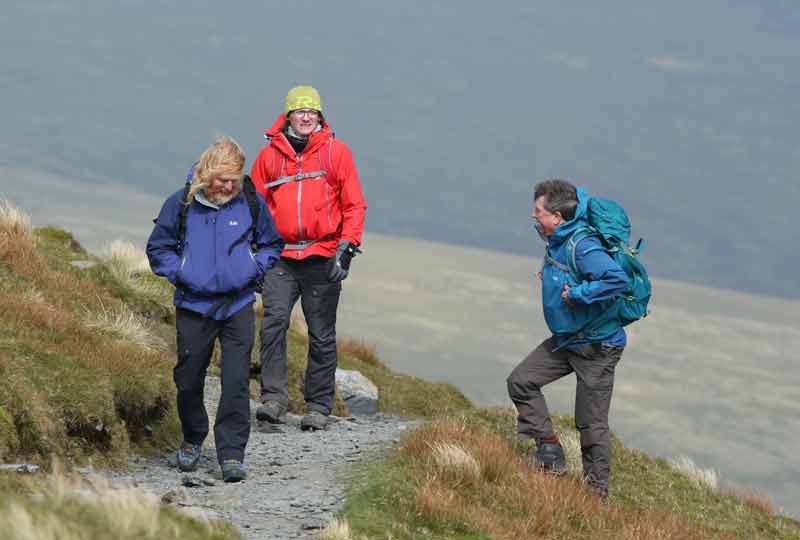 Surprisingly the film doesn't look at the issue of ownership, with Blencathra being the subject of a long running and tangled possible community buyout. Footage underground in the mines that have proved so central in the local communities history would also have been welcomed but these minor omissions shouldn't detract from what is as much a piece of art as a defiitive documentary. It's a foregone conclusion that Blencathra will follow Scafell Pike onto the BBC, and with a tighter cut to a similar time schedule the result could rival anything the Beeb's own Natural History unit has produced.