The Brit Rock Film Tour is back for 2019

The Brit Rock Film Tour has all the best new climbing films from the UK’s top adventure filmmakers, featuring some of the country’s most popular climbers.

The 2019 tour delivers a stunning line up of compelling stories from the vertical world in its strongest programme to date, launching at a World Premiere in Sheffield on 24 October.

CLIMBING BLIND - The climbing film set for as big an impact as its story 60 mins documentary directed and produced by Alastair Lee, in association with Montane. Jesse Dufton was born with 20% central vision. At four years of age Jesse was diagnosed with Retinitis Pigmentosa: a rare genetic disease that breaks down the retinas’ cells. At aged 20 Jesse could no longer read, by the time he was 30 his vision was reduced to just light perception with around 1 or 2 % field of view. As a life long climber, Jesse flies in the face of adversity training for world cup events and leading traditional rock climbs with his sight guide and fiancee Molly. As his sight degenerates his climbing continues to make remarkable progress. Despite his devastating condition Jesse only takes on bigger challenges by attempting to be the first blind person to make a ‘non-sight’ lead of the iconic Old Man of Hoy sea stack in Scotland. 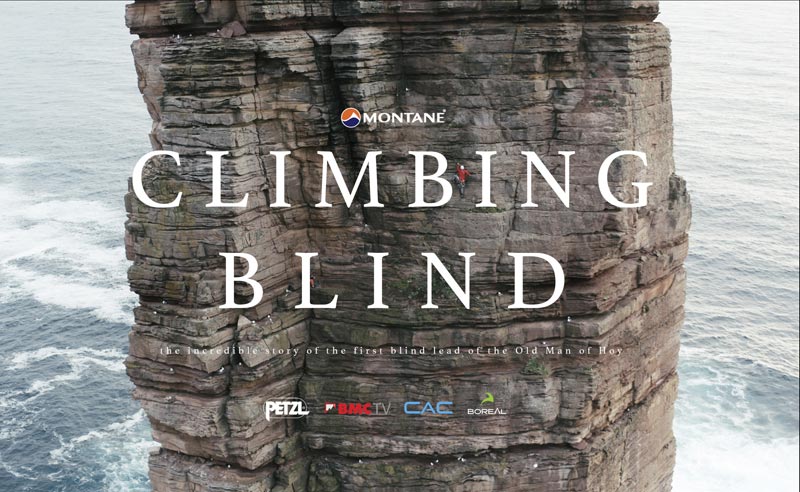 Little Flame - 10 mins Produced and directed by Paul Diffley Paige Henry is a young woman suffering from PTSD and depression. She finds relief through spending time outdoors; rock climbing, wild swimming and tree climbing. Paige sets her sights on climbing her hardest route to date at Pen Trwyn on the North Wales coast. This film will remind everyone of the joy to be had in the outdoors.

The Big Deal - 15 mins Produced and directed by Alastair Lee An action packed profile of one of the UK’s strongest female boulderers on rock; Frances Bensley. We follow Frances’ journey on some stunning and hard problems throughout the UK. Beautifully filmed this revealing short revels in Frances’ insightful and refreshing approach to bouldering all accompanied by her every enthusiastic and entertaining sister Alice. 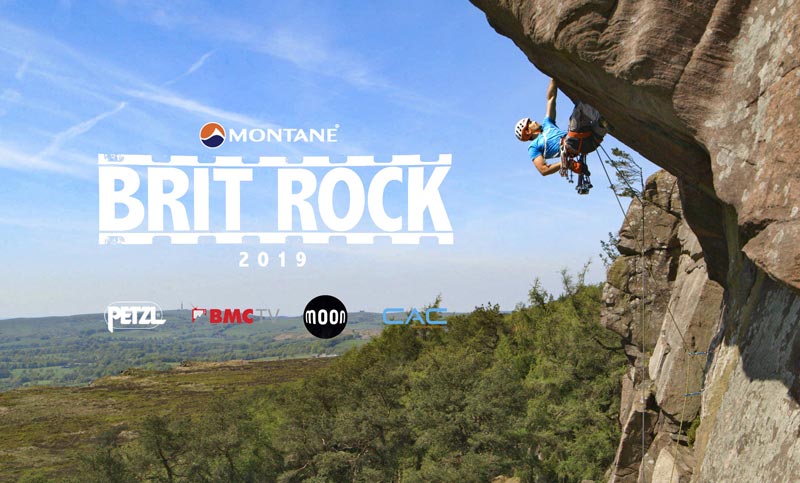 Hosting a screening 2018 saw over 60 screenings booked. Putting on a show is easy. All you need is to choose a date to suit you that’s after 24 October, find a suitable venue (with seating, projection, and sound equipment), you pay a licence fee, promote and sell tickets, then get ready to rock the crowd with the amazing line-up of Brit Rock films. Typical venues include climbing walls, outdoor retailers, community halls and theatres a well as mountaineering clubs, fundraising events, as well as students unions. Most grassroots locations linked with the outdoor world can work as well as traditional cinemas. We’ll supply you with the master files/discs to play the films as well as provide stunning high resolution artwork to help you promote your event. Local sponsors are a great way to help cover the licence fee, as long as they don’t clash with our lead sponsors.

More in this category: « ITERA Welcomes Teams to Inverness and Scotland’s Wild North Joe Brown’s missing negatives »
back to top