What Inspired You to Climb? Mountain Equipment’s partnership with the Martin Moran Foundation kicked off last week

Catch up with the Mountain Equipment and youth mountaineering charity Martin Moran Foundation ambassadors to find out what inspired them to head into the mountains.

Mountain Equipment’s partnership with the Martin Moran Foundation kicked off last week, when the first group of eight young people headed to the Scottish Highlands. Whilst there, they completed a seven-day course on mountaineering.

The keen young people selected by the Foundation all share a love of the mountains.  They come from economic, cultural or geographical backgrounds that make access to mountaineering difficult. The group was kitted out in Mountain Equipment gear, including the Odyssey Jacket and Pants, Ibex and Chamois Pants and Frontier Hooded Jacket as well as hats, gloves, baselayers and rucksacks. They will keep this kit after the course.

We caught up with ambassadors from Mountain Equipment and the Martin Moran Foundation to ask what inspired them to become climbers and what they would recommend a young person, keen to explore, needs to do to prepare for a mountainous adventure.

Uisdean grew up by the mountains, which allowed him to spend a lot of time enjoying mountaineering from an early age. He says “It was inevitable for me to be in the mountains. Even if I hadn’t taken up climbing, I would still spend lots of time in the hills at home.”. When he’s bundled up in his Mountain Equipment Kryos Jacket, Uisdean loves the endless opportunities to explore. “To be able to think ‘what’s over that hill?’ before going and seeing for yourself is very freeing. I love the feel of the wind on my face when I’m outside.”

When preparing to go outdoors for the first time, Uisdean believes in enabling young people to develop the skills needed to be safe and, hopefully, successful. He says: “Providing young people with plenty of training and opportunities to get outside is key. Financial support also makes a huge difference. For the first trips I ever did, I applied for grant money. Having this backing really helped me feel able to take the jump and start going on bigger trips. After that, I knew how expeditions worked and was able to learn more about funding them myself.”

He continues: “Learn to leave your sense of self behind and just enjoy being there in the moment, whether you’re in the mountains or a park in the city.” 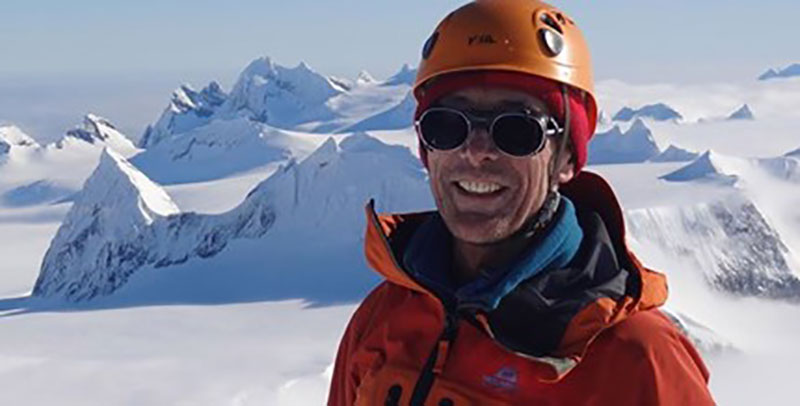 Stephen grew up far from the mountains, in Surrey. His first grand summit he says was Box Hill, in 1963, which he skied down during a particularly cold British winter. By the next summer, he’d seen his first mountains in Snowdonia and the following winter went skiing in the Alps. He says: “How could you not be inspired by that?! Right from the start, the most interesting bits of the mountains were the steep bits. I was always tempted to take up climbing and eventually got round to it aged 17.”  But Stephen’s best part about being outdoors? Being far away from a computer screen.

Stephen was a self-taught climber. “It’s a good way to learn, but risky, and mistakes can be terminal.” Now, he would recommend a young person learns from a qualified instructor. “In retrospect, I might have learned a lot faster – and a lot more safely – with an expert.” He continues.

Stephen’s first big overseas trip was to the Hindu Kush mountains in Afghanistan. He tells us “Two of us took a bus from London with all our luggage, whilst the other three flew out to meet us in Kabul. We organised it ourselves, paid for it out of our own savings supplemented by grants from the Mount Everest Foundation and the BMC.”. He believes that expeditions don’t need to be expensive or complicated. Young explorers need some basic training in moving safely, especially through a remote country. “Don’t get hung up on trying to be the best, fastest, hardest, highest over-achiever. Just enjoy being there. And take your rubbish home!” he finishes.

You can find Stephen in his Mountain Equipment Vega Jacket. “I love my Vega duvet jacket.” Says Stephen. “It’s beautifully designed, the perfect fit. You can’t get anything better that offers instant warmth for minimal weight and bulk. I’ve worn it shopping in Edinburgh and skiing in Antarctica. Mountain Equipment has been making down jackets for over 50 years and it shows.”

More in this category: « Women With Altitude: An Interactive Exhibition
back to top