I was using the hardtail for a change. A safety product I was testing had not been great or even usable really on my curly barred bikes so in the interest of fairness I tried all options. Besides I'd raced the thing a few days earlier in an off road duathlon and been reminded of the ease of riding the thing.

Lets go back a few months. I'm no runner but got, well sort of challenged, to enter the Escape to Afan off-road duathlon at Afan Forest. Comprising of a 5km fire road run followed by a 24km bike ride and finished with a further 5km run. Run under the auspices of British Triathlon this a proper race. I was worried about the running part. I'm so flat footed that if I run on tarmac it sounds like a round of applause. The bike part I was confident about and was planning on using my cross bike. Sadly just before the event curly handle bars were banned. Just the bars for some reason and I could have changed them but it's an awkward job so I dug out the 26in hard tail that I'd not ridden in a year. This didn't actually worry me much but knew I'd lose a bit of speed and spend more effort. 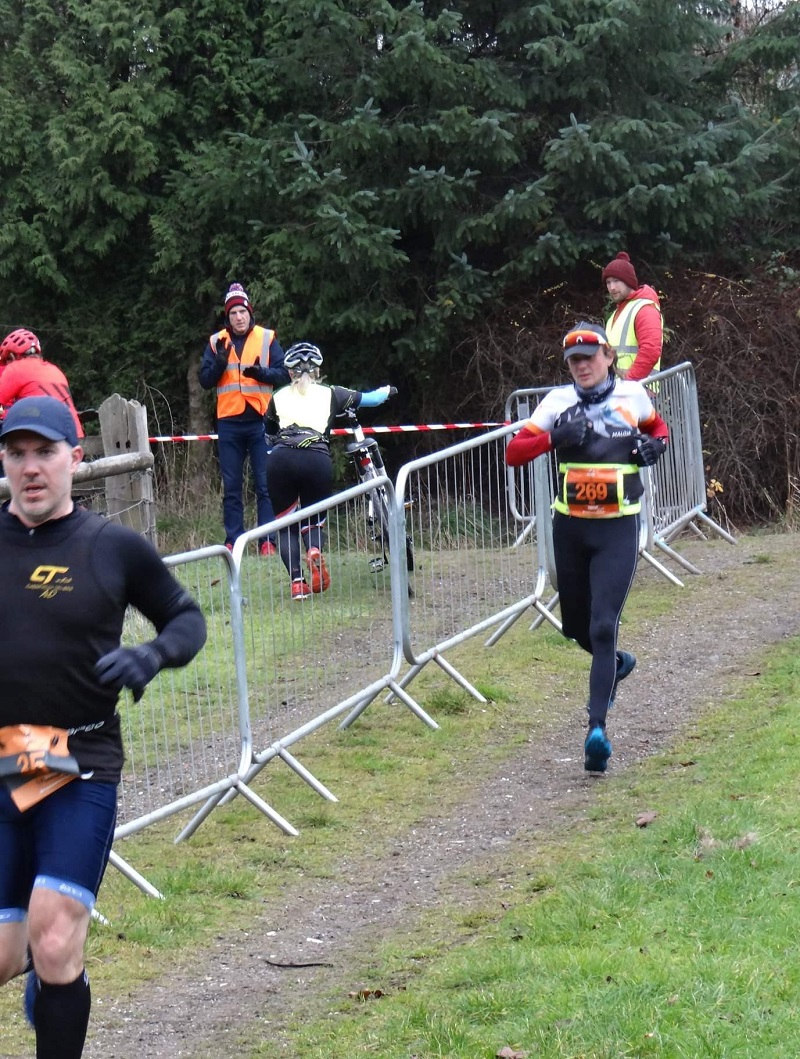 When race day arrived the field assembled at the highly recommended Bryn Bettws Log Cabins and a film crew spotted me as a proper cyclist amongst all the triathletes and I gave an interview. It's on YouTube and my hat is awesome. A cold November morning I nervously lined up at the start and as Enter Sandman blasted out I set out. Middle third on the first run section is a result I'm happy with. Similar on the bike is disappointing but in true style a lack of riding time on this machine and a chain dropped between cassette and wheel held me up for 5 minutes. Another consistent final run and I was happy where I finished up. Far from last, either overall or in age group. Plenty to work on but competitive. I was hardly going to be concentrating on multi discipline events but with one more cross race left and next year to come I had a base. As I enjoyed a pint wearing my medal that afternoon I was happier than I'd been for a while. Less than a week later things changed.

The first idea I had that I may have a problem was as my helmet bounced along the path. I actually had time to think "Fuck I've only just got this and It's expensive". I heard crack which I took to be one of the branches of the tree I now was becoming symbiotic with. Just like that it was over. I maybe took a second to catch my breath. It didn't feel like I was bleeding. My collar bones felt alright. I stopped my Garmin and then looked at my left wrist. It had a new zig zag. Oh fuck. It hurt a lot. I tried to ring Julie, she'd just left for the airport and was driving so I left a voice mail. I phoned the day job to tell them I may be late and then the surge of agony hit my right wrist. I ignored it I couldn't have broken two. No way that wasn't going to happen. I remembered my first aid training and supported my left wrist and moved somewhere better on the path and sunk to my knees and I'll admit the pain forced tears.

My phone went and Julie was on her way, meanwhile some workers from the bailing plant next to the path came and got me into the warmth whilst I made sure they got my bike as well. A thought sprung into my mind. That crack wasn't a branch was it.

Up to hospital and after my arm was pulled back into shape without anaesthetic, my screams of pain clearing the department, my left arm had a Smiths or Collies fracture and would need some metal work, my right could be casted but was borderline. Wishing to wipe my own bum I opted not to. But finally I had the morphine and I could relax enough to make jokes about how all this was going to make a great story and I couldn't look up to Geraint Thomas because he's a Cardiff City Fan. I also asked how long I'd be off the bike. Answer minimum 12 weeks. 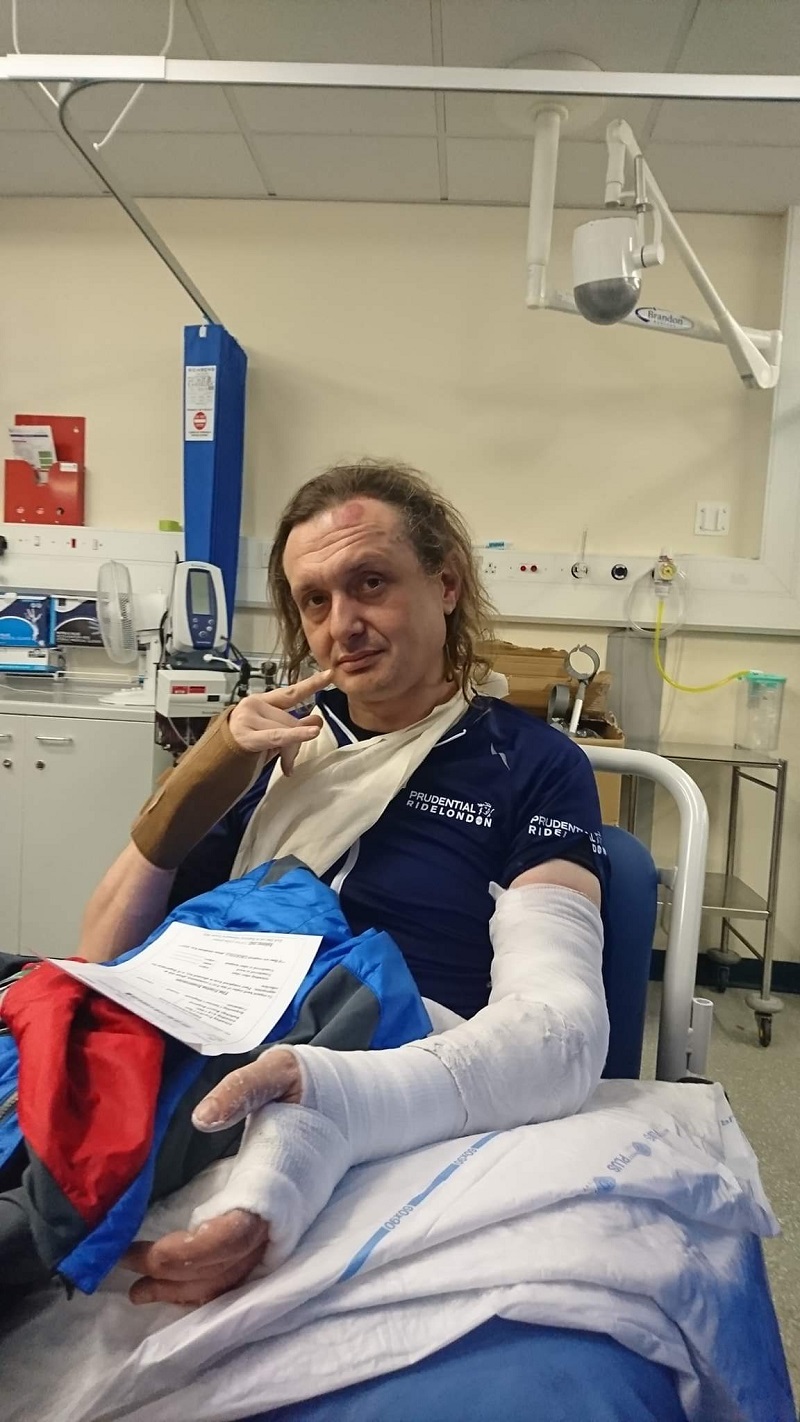 I'm not going to lie I've not enjoyed living a sedentary lifestyle. I have probably read all of the internet and seen everything on Netflix. Happily the coverage of Brexit has been a positive and fulfilling experience especially on Twitter. Still it was only temporary. The operation seemed to have been a success. A light cast hadn't been as bad as I'd thought and although far from pleasant I was almost strong enough to hold my own pint with my right hand. 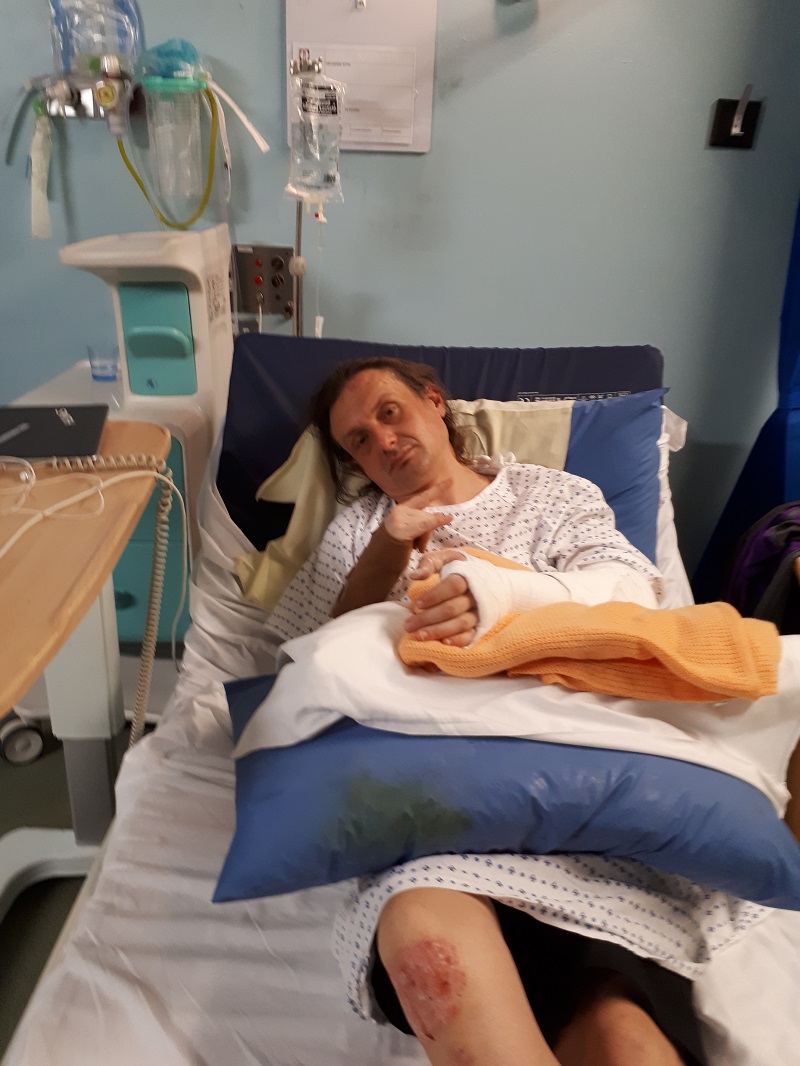 The first sign I picked up on that things weren't quite right was when the cast came off. The pain was terrible. The bones in my arm felt they were still moving and I went into shock. The X-rays were positive but I couldn't move my arm. The splint went on and the pain receded but despite the evidence my arm still felt broken. In the following weeks if I tried to remove the splint to wash the scar I would scream with pain and yes again I cried.

Neither arm was healing as quickly as I wanted or expected and I blamed myself. I shied away from risky exercise and drew myself in. Almost building a sofa nest for myself. Not shaving I looked like a tramp finding it hard to function. But I'm lucky between Julie and my sarcastic, piss taking teenage daughter I wasn't allowed to sink too far and tried to stay positive and look forward to getting answers at my next clinic. 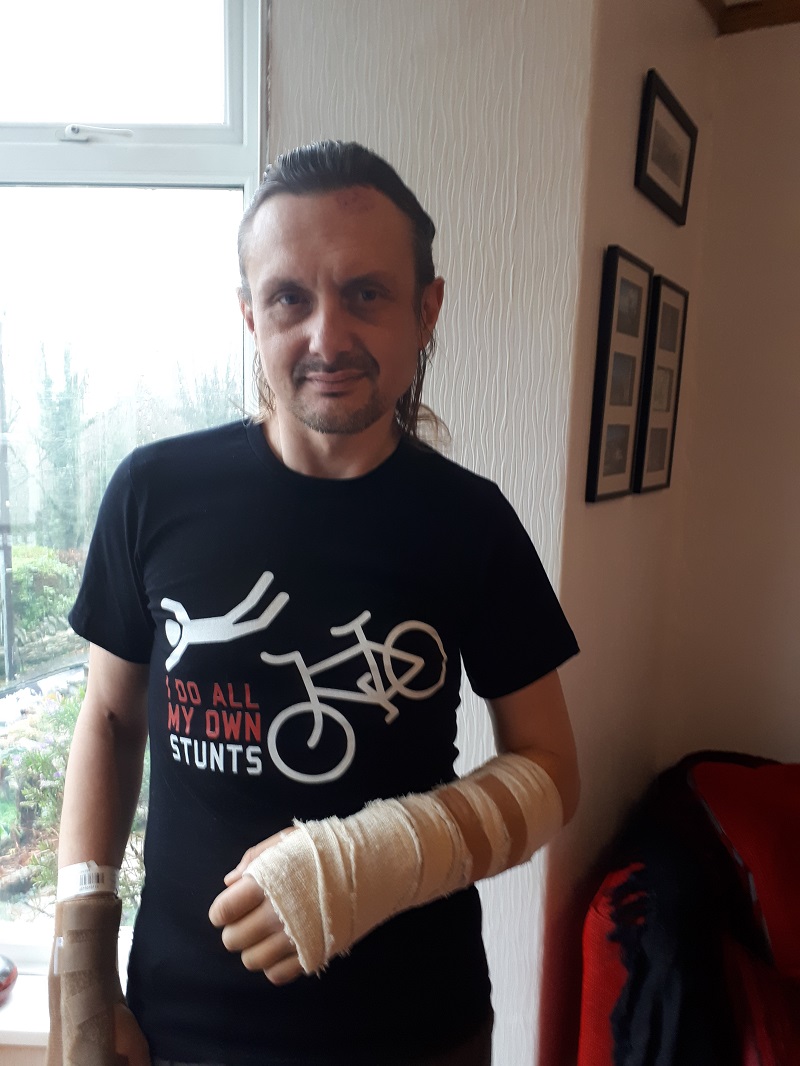 Complex Regional Pain Syndrome or CRPS was the answer. Not a huge amount is known about it and I'm not even going to try and explain it here but in essence my nerves are giving the wrong messages to my brain. The result is pretty much constant pain. The good news is because it's been caught early there's a strong chance that with physio and desensitising the limb I'll be able to overcome or at least manage the condition. The worst case scenario? Well lets not go there. I've looked and I don't want to think about it. 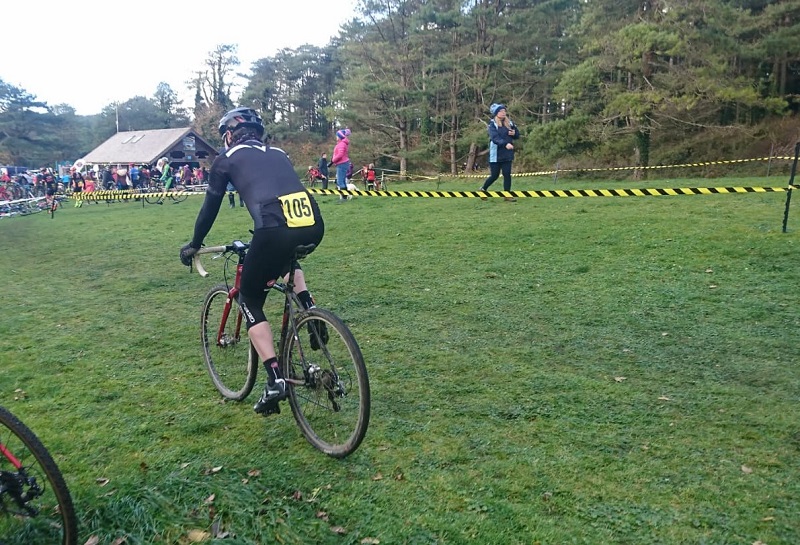 I'm still to get back on the bike. There's a chance I never will but cycling has given me so much I'm going to do my best to do so, even if I need to think about a modified set up. I'm already planning the article when I do. I doubt if I'll ever climb again especially ice climb which is sad but skiing should be possible next year, although I'll be wearing wrist guards. Running is going to feature strongly once my physio thinks I'm using my arms well enough to balance properly and could stand up to a fall.

So I'm still a little broken. Flash backs to the crash and the manipulation keep me awake. The CRPS makes an uncertain future. But I'm not beaten I have a cool metal arm. I'm training as a race commissaire and I still have that great hat. 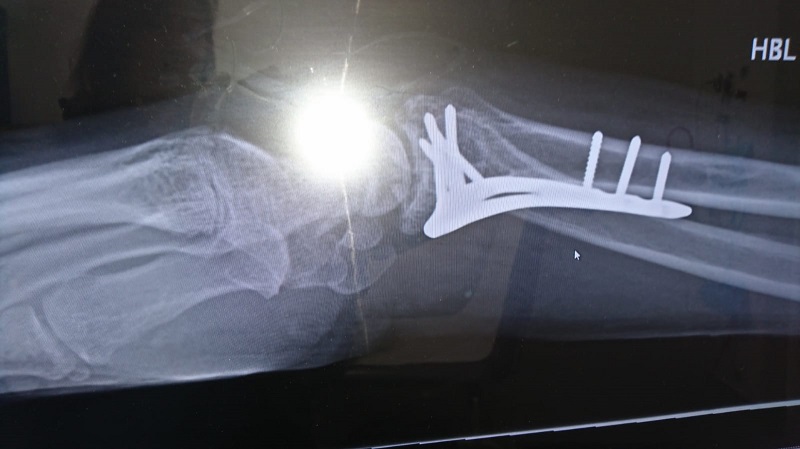 More in this category: « Casquette Live at the London Bike Show - A Celebration of the Best of Women’s Cycling Athertons Added to Guest Speaker Lineup at London Bike Show 2019 »
back to top