Marmot Dark Mountains™ is the only overnight winter mountain marathon and the 3rd edition of the race will take place on Saturday 24th January in the Howgills. The race has a rapidly growing reputation as the test of mountain craft for experienced mountain runners because of the very challenging terrain, night navigation and wintery environment that it takes place in.

Race Director, Shane Ohly, describes the event, “Marmot Dark Mountains™ takes the classic two-day mountain marathon format and gives it a new… darker twist. Rather than two days of running with an overnight camp in between, Marmot Dark Mountains™ packs everything into one winter’s night!” 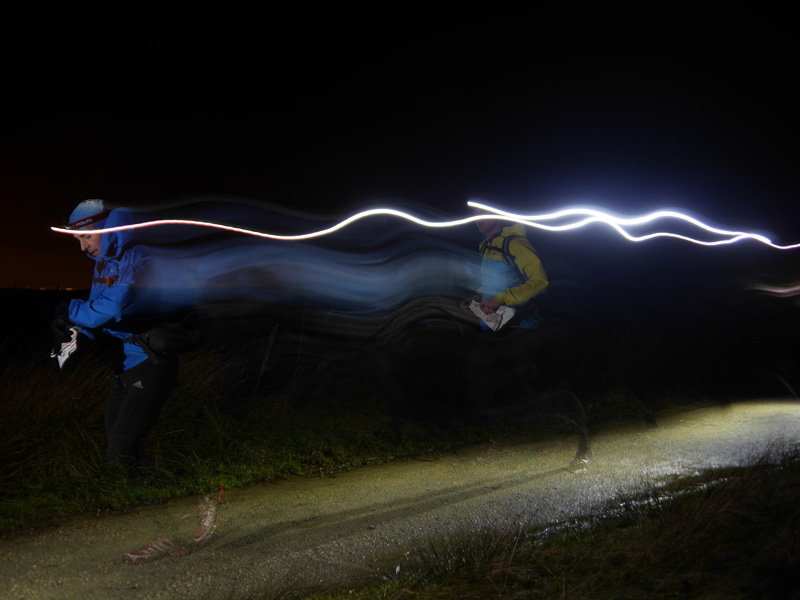 Of particular interest at the 2015 event is the elite race, which has attracted three of the UK’s leading teams including Steve Birkinshaw and Jim Mann, Chris Near and Tim Higginbottom and Kim Collison and Adam Perry. These three teams will be setting off between 7 and 8pm on Saturday night as they vie for one of the most prestigious mountain running trophies.

This year’s elite course has an optimum distance of 53km with almost 3,000m of ascent. The Howgills are famed for their steep rounded hills and the organisers have issued a stern warning to all the competitors about the challenging nature of the terrain and event.

First off will be Near and Higginbottom at 7pm. Over many years they have been a forceful partnership, winning practically every elite mountain marathon and holding various long distance mountain running records between them. They were unable to participate in the 2014 Marmot Dark Mountains™ due to last minute illness.

Collison and Perry will be a tough pair to beat and setting off at 7:40pm they are considered the race favourites by many. Collison won the first Marmot Dark Mountains in 2013 (running with Alex Pilkington) and finished the 98km Fellsman with Perry in first place last year, so we know that they evenly matched.

Birkinshaw and Mann will set off last at 8pm. Mann is the Winter Bob Graham Round record holder, Birkinshaw is the defending champion (he ran with injured Tom Gibbs in 2014) and both runners are multiple mountain marathon elite winners. Birkinshaw is a navigational master and renowned for being ruthlessly efficient in the hills and the pressure will be on from the beginning for the other teams knowing that Steve and Jim are chasing them.

There are four linear courses that follow the standard Elite, A, B and C format of ordinary mountain marathons and two score format courses. Ohly explains the format in more details, “The event kicks-off on the Saturday evening with the longest classes setting off first for dusk-to-dawn racing. The shorter classes will set off later in the evening with the aim of most competitors finishing within an hour or so of each other the following Sunday morning. This makes for an exciting finale as all the courses and most of the competitors converge on the finish as dawn breaks.”

This year there will be two manned checkpoints in the Howgills that competitors on the various courses may visit and the organisers intend to post updates to the event website as the night of racing unfolds.

More in this category: Velothon Wales a Huge Success »
back to top