For the last ten years one of the highlights of the annual Kendal Mountain Festival has been the release of a new Hot Aches film and as the prime Friday night slot arrived the 2015 offering Transition opened to a packed house.

Transition tells the story of Natalie Berry and her transition from an exclusively indoor competition and sport climber into a genuine all-rounder embracing both trad and Scottish Winter.  Under the guidance of Dave Macleod and Lucy Creamer her two year journey sees her go from never having climbed a trad route to E7 on the Cobbler and putting up a new VI,7 , Transition, with Dave at Beinn Udlaidh. 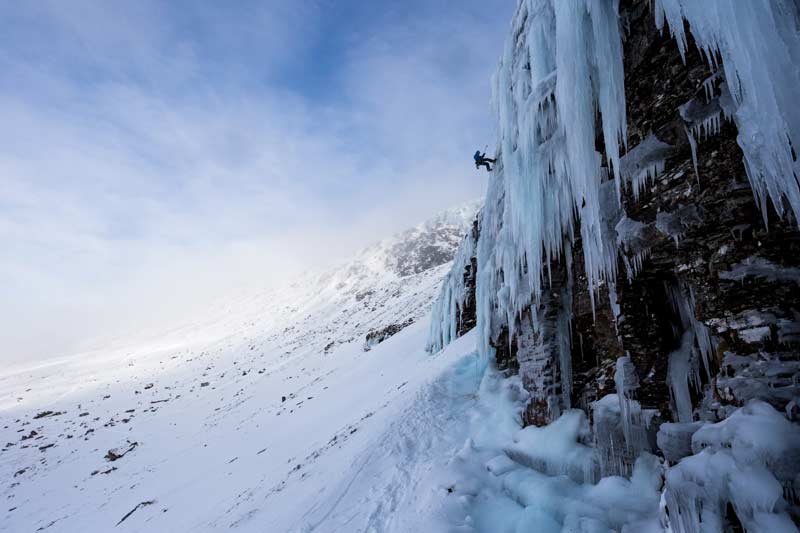 Over the years the Hot Aches team have developed a set of characteristics that instantly identify their films, from predominantly Scottish locations to the mix of action and interview and it's a set of characteristics again evident in Transition. As with Distilled and Redemption the back story is as much a part of the story as the action scenes or the last minute success which only just came in time to allow the film to meet it's Kendal deadline; The final sequences being shot barely a month before the premiere hit the screen. 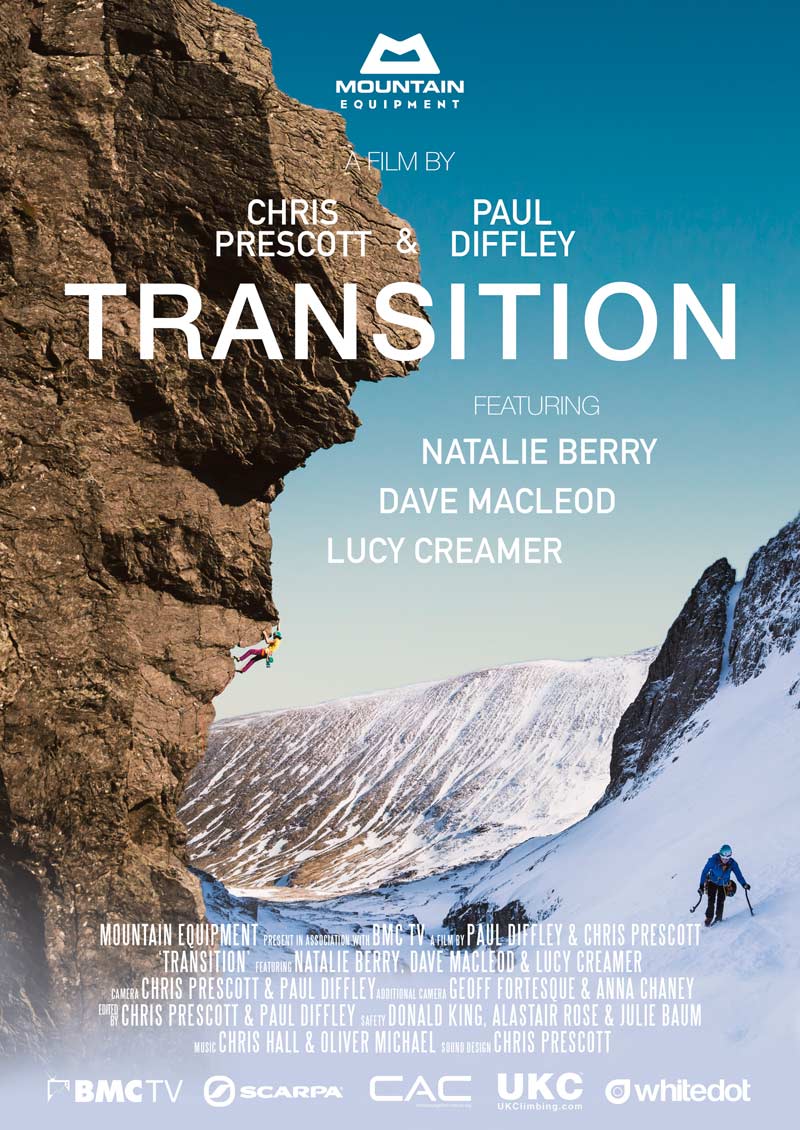 Of course there's nothing new in the story of a climber making the step from indoor to outdoor, it's so common the BMC run courses on it, but as with all Hot Aches films the real story isn't the physical but the mental picture.  Many will make the transition from indoor to outdoor, and given the mentoring of world class athletes of the standing of Dave Macleod and Lucy Creamer for two years it's not even unreasonable to expect them to reach the mid E grades, but few will have made that step with either the same level of pressure and expectation or while riding so high in the indoor discipline. With the skill sets of an accomplished and world renowned competition climber in the bag already fear and the mental discipline of trad and winter climbing is thrown clearly into focus. 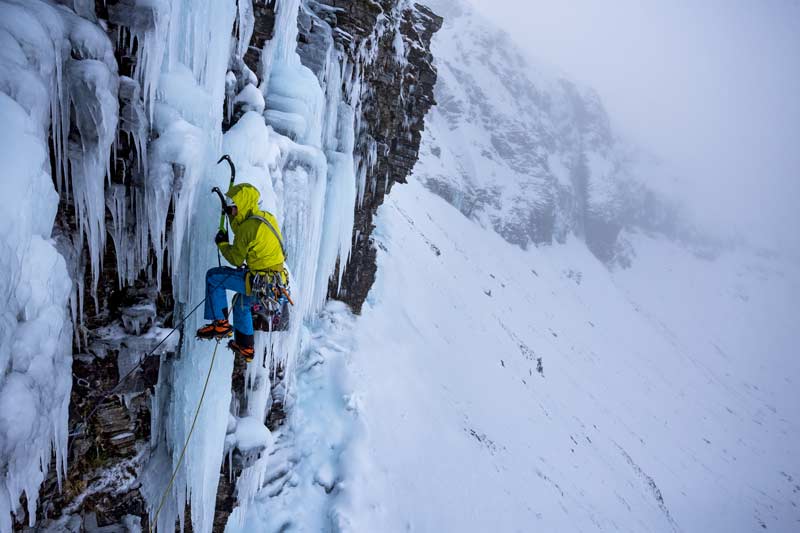 Starting with a nightmare first day which saw Dave Macleod take an 8m ground fall Natalie Berry's transition is far from smooth and though well schooled in the pressure of competitive climbing the viewer sees her battle with the ups and downs of confidence as much as they do on a daily basis. There's successes and failures along the way and in true film tradition the final climb, Dalriada E7 6b, was in doubt until the last minute, and Berry comes full circle as she prepares to represent Great Britain on the indoor Climbing Team again. 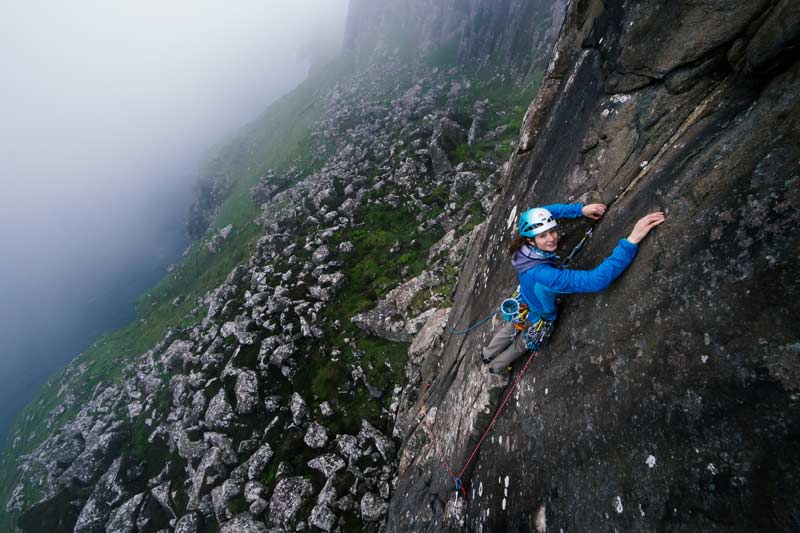 The beauty of Transition is that the journey, and even the individual achievement, isn't over dramatised. The juxtaposition of Dave Macleod and Lucy Creamers obsession levels make an interesting side story that help support the feeling that rather than being a transition Berry's journey is more one of rounding. 2 years after commencing the journey she doesn't emerge as a trad and winter devotee who's left competition and sport behind but a more complete and rounded climber starting to feel at home in all the disciplines.

What the viewer draws from Transition depends largely on what they want to draw from it. Superficially there's no great story in an already superb climber taking those skills outdoors, but even the newest of beginners can take comfort knowing that a world class climber has the same fears and battles as them. While the routes are measured in grades and numbers the true transition is the one in Berry's mind as she adapts to new demands both physically and mentally.

While all the elements of a classic Hot Aches film are there, from a clearly defined storyline to the carefully integrated interviews and archive footage, Transition isn't quite a Distilled. Whether it's the tight deadline that only saw Berry complete Dalriada in October or some other factor Transition, while still a very worthwhile production and amongst the best at Kendal, has a bit of a feeling of a film done "in the style of" a Hot Aches production. Some of the interview lighting doesn't seem quite as pixel perfect and there's a feeling that the whole thing could have been just a little bit tighter. Perhaps It's just me finding the whole a little too formulaic and the comparisons with Distilled too hard to live up to, but it didn't come as a surprise that for once Hot Aches didn't walk away from Kendal with an award this year. Distilled was a high point for the style and although small the drop in level is perceptible, and comes at a time when the competition is rising to the challenge Hot Aches has laid down. 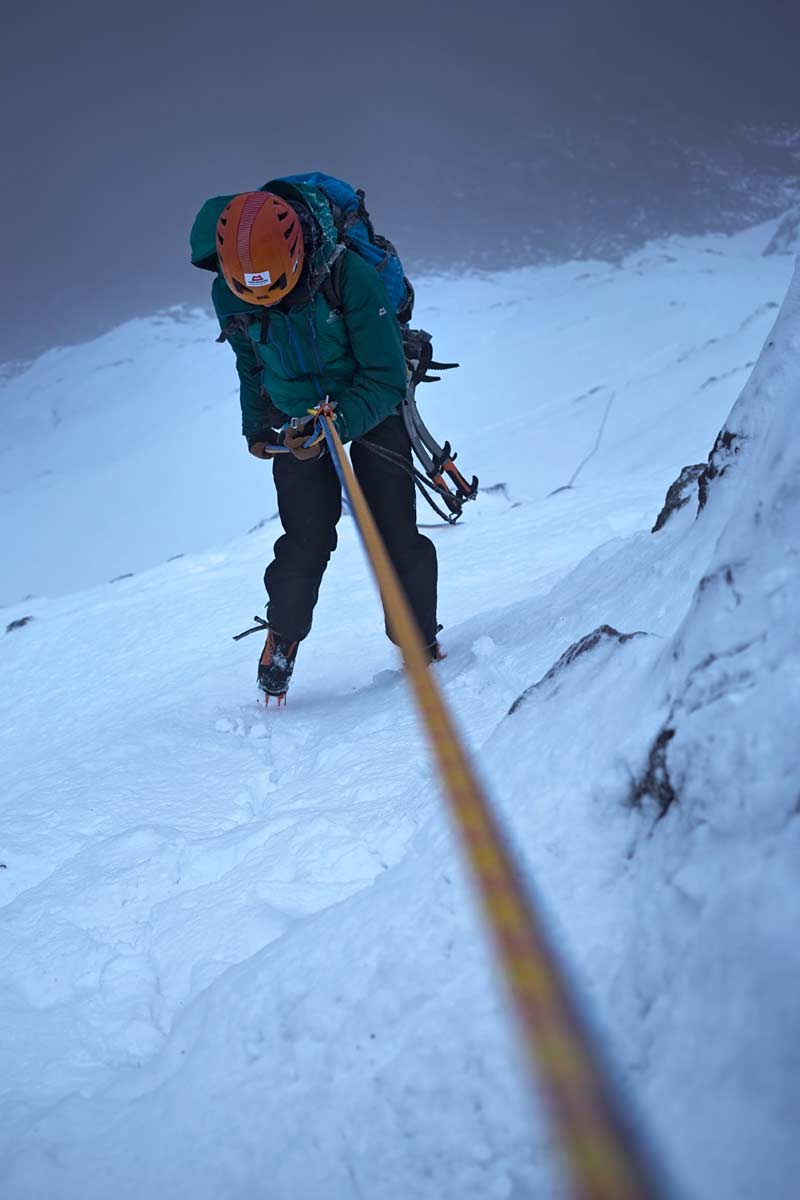 More in this category: « Trails In Motion - Hosted by Like the Wind Magazine - Film Review Backpacking in the Lake District with Chris Townsend review »
back to top