Berghaus has announced details of a new initiative that will support the company’s vision that the outdoors should be accessible for all.

Working closely with recovering quadriplegic Ed Jackson, the brand has launched Berghaus Adapts, to demonstrate that with the right support, guidance and kit, any adventure is possible. The introduction of Berghaus Adapts follows a successful pilot project that saw Berghaus make a number of product adaptations for Ed’s recent expedition to the Alps with Leo Houlding. 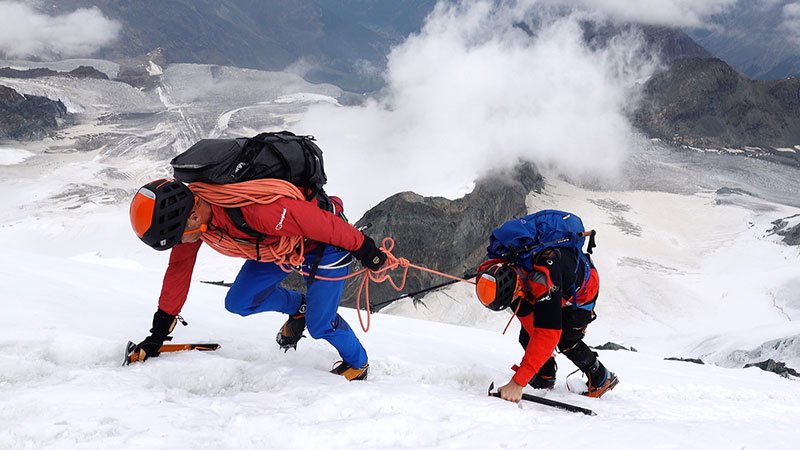 Leo Houlding (left) and Ed Jackson in the Alps - Photo: Berghaus and In The Dark Productions

Ed Jackson is a former professional rugby union player who, in 2017, fractured multiple vertebrae in his spine. Doctors warned him that he may never walk again. Already a very keen outdoor enthusiast, Ed has since confounded the experts and found a way to return to the mountains time and again. He has been supported in that by Berghaus and this year, he set his sights on climbing two peaks in Switzerland in 48 hours, Allalinhorn (4,027m) and Weissmies (4,017m), with guidance and assistance from fellow Berghaus athlete Leo Houlding. In preparation for the climb, Berghaus worked with Ed and made a number of kit adaptations to overcome some of his medical and mobility barriers, and enable him to continue his adventures in the mountains.

This was the first step for Berghaus Adapts, part of the brand’s long-term vision to ensure that its kit empowers everyone to access the outdoors. Berghaus developed bespoke solutions to help Ed overcome the following:

Berghaus intends to spread its net wider and is now on a mission to learn more about how the brand can use its unique expertise in kit adaptations to enable more people with physical disabilities to access the the outdoors. Following the expedition, the brand will expand its partnership with Ed’s charity, Millimetres to Mountains, to adapt kit for a number of its beneficiaries. 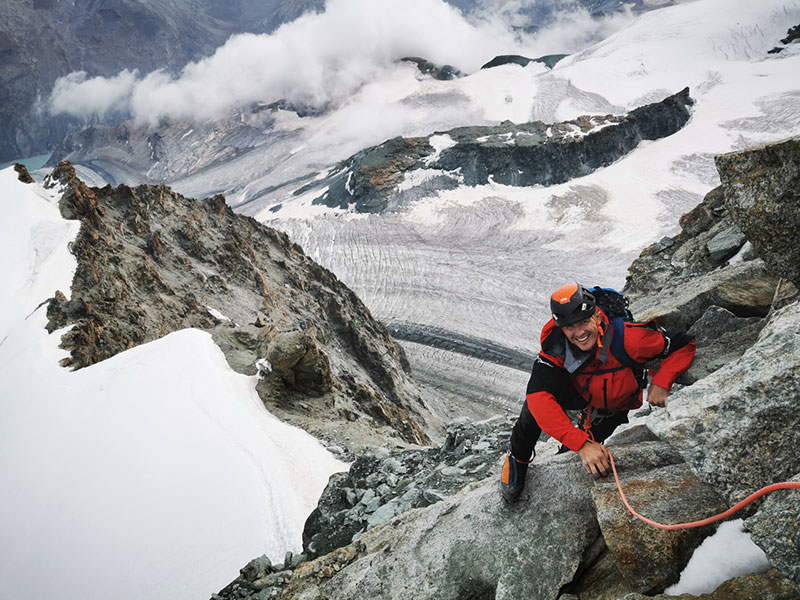 Ed Jackson in the Alps - Photo: Berghaus and In The Dark Productions

Commenting on the challenge, Ed said: “I never thought it would be possible to take on these sort of climbs and I know many others who face similar barriers to me would feel the same. My goal for this expedition was to inspire others to get outdoors, to challenge themselves and to show that adventure can be accessible for everyone.

“The trip has acted as the best proving ground for Berghaus’ adaptations as well as my capabilities, and, with Leo’s expertise and guidance, we have shown how, with the right equipment and support, two ends of the climbing spectrum can be in the mountains together.”

To celebrate the completion of Allalinhorn (4,027m) and Weissmeis (4,017m), Ed and Leo created a short film, which documents their journey before, during and after the climb. The film ‘A Different Approach’ is being premiered during Kendal Mountain Festival from 18-21 November. In addition, the Berghaus Adapts product development process will be brought to life for the first time at the festival, with a unique exhibition in the Basecamp Village on Sunday 21 November.

Berghaus has published a blog post about its work on Berghaus Adapts with Ed Jackson, which can be found at www.berghaus.com/blog/people/berghaus-adapts-the-empowering-story-of-ed-jackson.

More in this category: « Blundstone and Finisterre embrace the elements with fully certified vegan boots
back to top