Following a long process, Berghaus has announced the final stage of the integration of Brasher into its business.  From 2015, Brasher’s four core footwear styles will be marketed as part of a more comprehensive Berghaus range of hiking boots.  The Hillmaster, Fellmaster, Supalite and Hilllwalker will be sold, promoted and supported as Berghaus products.  The Brasher brand will be represented by elements of dual branding on the products, in packaging and point of sale, and through extensive marketing support. 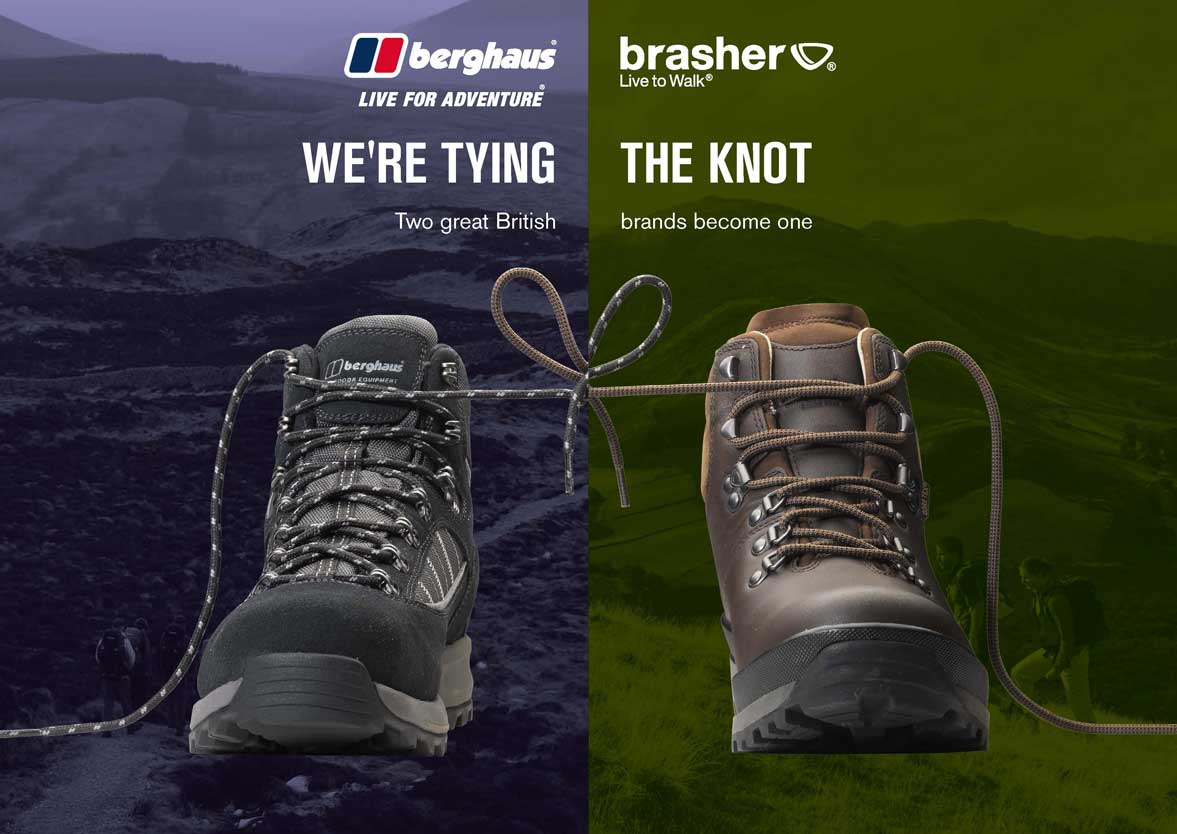 One of the UK’s iconic outdoor brands, Brasher boasts a long heritage, which reaches back to the initial vision and passion of Chris Brasher and his first innovations, inspired by his experience of walking the roof of Wales in 1978.  The Brasher name (and the contributions of Chris Brasher) will continue to be proactively communicated as part of the Berghaus footwear marketing activities.

Meanwhile, the Brasher brand will remain part of the Pentland Group, which also owns Berghaus.  A range of options for the future of Brasher, and products bearing its name, are being considered and news of longer term plans for the brand will be revealed in due course.

The staged integration of the Berghaus and Brasher footwear operations has been underway for two years.  During that time, each company has steadily adapted its business in order that ranges are complementary, rather than take market share from each other.

For 2015, all of the footwear will be sold under the Berghaus banner, creating the most complete and commercial hiking boot offer on the market.  Between them, Berghaus and Brasher have over 50 years of experience in making and selling outdoor footwear.  The spring/summer 2015 collection will combine the credibility and authenticity of Brasher with the technology, innovation and performance of Berghaus.

One integrated range will offer classic boots such as Hillmaster, Fellmaster, Explorer and Supalite, alongside more recent success stories such as Hillwalker and Expeditor.  The Brasher boots that are joining the collection will be continuing with their existing designs and fit, while being improved with Pittards leathers and new Vibram versions of the proven sole units.

Ahead of taking the final steps of integrating Brasher into Berghaus, the product team spoke to over 4,500 consumers – on the hill and in detailed focus group events around the UK - and tested their views on the potential development.  The results were overwhelmingly positive, with outdoor users confirming that they would welcome a combined footwear offering under the Berghaus name.  In fact, many Brasher consumers are already Berghaus consumers too (including their footwear purchases).

“I’m a fan of Berghaus and I’m a long term wearer of Brasher boots.  It’s a win win seeing both of them together.”

“Brasher product as Berghaus…sounds good to me!”

“As long as the fit is the same and they are as comfortable as my current boots then I’m happy to buy either brand.”

The spring/summer 2015 Berghaus footwear range will be supported by the brand’s biggest ever trade and consumer marketing campaign.  The company will be putting a major focus on communicating the changes and the Brasher brand and its heritage will feature prominently in both below and above the line marketing activities.

The spring/summer 2015 footwear range will be available in store from March 2015.