Peat, sweat and 40-year traditions make up the DNA of the Dark Peak Fell Runners (DPFR) as depicted in the latest film by Sheffield production company Coldhouse. Shot over the course of a year in and around the Peak District National Park, the film captures the eccentricity, endeavours and endurance of one of the biggest fell running clubs in Britain.

The film showcases the changing seasons of the Peak District National Park as the members of DPFR train and race through some of the region’s most iconic landscapes proudly sporting their purple and yellow striped club colours. Tales of misadventure, hill-running debauchery and elemental defiance punctuate the 15-minute film among similar anecdotes of success, discovery and camaraderie. 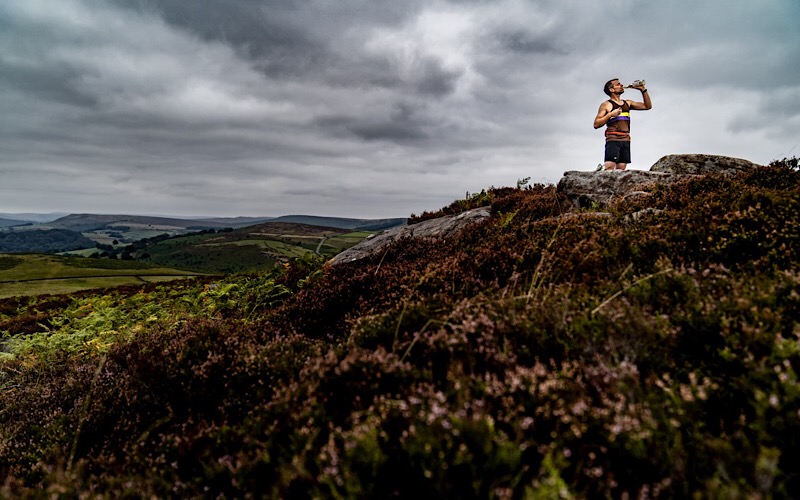 The Club boasts results that would inspire even the most decorated fell runners in the country including records for a double Bob Graham round and a glistening trophy cabinet awash with bronze, silver and gold from national and international races and championships. But, after all is said and run, these mountain hares congregate at The Sportsman Inn on the outskirts of Sheffield to reminisce about recent expeditions to higher altitude over a pint.

An annual gathering in the latter months of the year celebrates the achievements of the club and its members including one such commemoration for those who demonstrated incompetence in the mountains. The winner is chosen by the current holder of the title based on observations and rumours swirling around the club and is awarded the Pertex Trophy. Originally donated by founding Dark Peak Fell Running club member and the creator of Pertex Hamish Hamilton, the award is a tongue-in-cheek acknowledgement of the person who failed spectacularly at one of the basic requirements of fell running: navigation.

More in this category: « Berghaus doubles the size of its product and innovation team Vango and Loch Lomond & The Trossachs National Park announce new partnership and kit library »
back to top