UK runner Graham Walton has won the 2022 Cape Wrath Ultra, completing the eight-day 400km race in a total time of just over 50 hours.

Graham extended his lead on the final day of the race, finishing an hour and 41 minutes ahead of Norway’s Thomas Øderud, with Ireland’s David Barry in third. In the women’s race, Ireland’s Laura O’Driscoll also increased her lead during the race’s final 26km to Sandwood Bay and Cape Wrath Lighthouse, the most north westerly point of mainland Britain. Laura completed the full race distance in just under 61 and a half hours. Second in the women’s race was Vicky Savage (UK), with Claire Gordon (UK) in third. Of the 270 starters, only 104 runners completed the 2022 Cape Wrath Ultra, with the worst weather in the race’s history taking a big toll on the field. 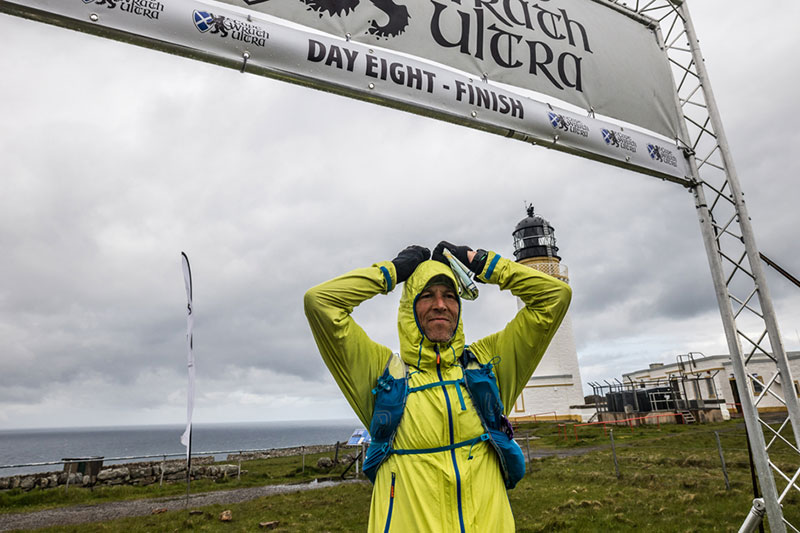 Graham Walton reflected on his race at the finish: “It’s been a long way – wet and cold. It’s been magical I suppose – yes, a bit of magic out there. I reckon I saw a white deer on the second day which was quite nice. It’s nice to have a little link with nature and move through the environment.”

Laura O’Driscoll had been managing an ankle injury since day three and was delighted to secure a win: “I’m so sore, but I’m so happy. The painkillers today were helpful, but I’ll be in a world of pain for a while. I’m emotional. It’s one of the hardest weeks that I’ve had - it’s tough, mentally and physically. But the people made it.” 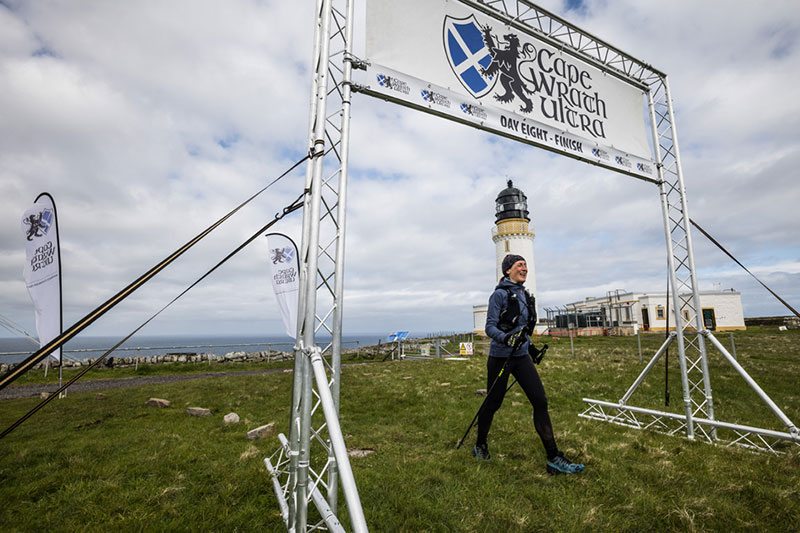 The full results can be found at 2022 Results — Cape Wrath Ultra®.

More in this category: « Competition hots up at the front of Cape Wrath Ultra on day 5
back to top