At 7:00am, 404 competitors from 31 nations set out on the 2019 Berghaus Dragon’s Back Race.  Over the next five days, athletes will attempt to complete a course of 315 kilometres, including 15,500 metres of ascent (almost twice the height of Everest), making their way south along the mountainous spine of Wales.  Before they set off, runners were treated to a performance by Maelgwn Male Voice Choir.  They then set off along the ancient town walls of Conwy before heading up to the Carneddau, Glyders, Snowdon and beyond. 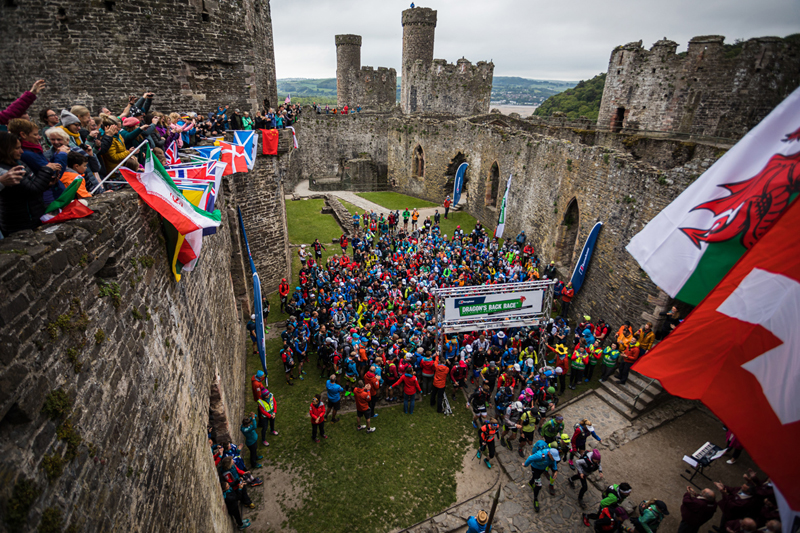 Staged only four times before, in 1992, 2012, 2015 and 2017, the Berghaus Dragon’s Back Race has acquired near mythical status in the adventure racing and running community.  Reflecting the growing global interest in ultra-running, the field has almost doubled in size for the 2019 race.  It is regarded as the toughest five-day mountain race in the world and fewer than half of those who start are expected to complete the event, which finishes in Llandeilo in South West Wales on Friday. 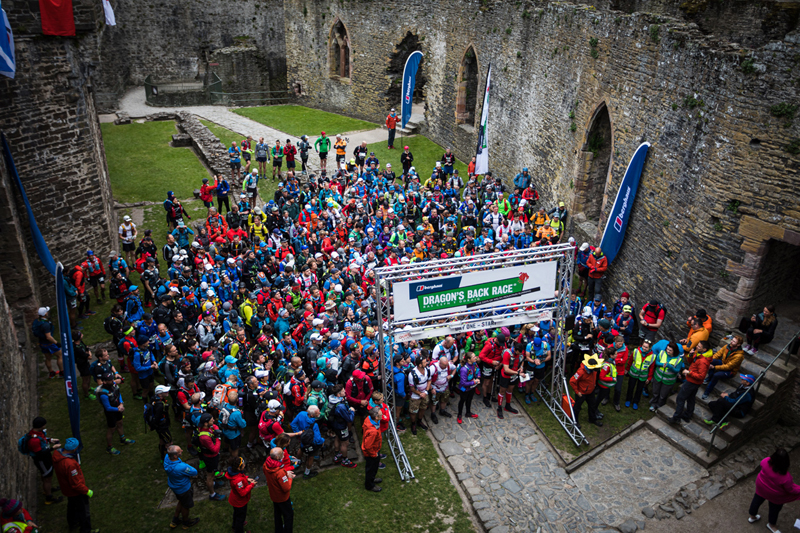 Favourite in the men’s race is Jim Mann, returning for his fourth Berghaus Dragon’s Back Race, after finishing sixth in 2012, first in 2015 and second in 2017.  Mann is as hungry as ever and determined to challenge for his second win.  Sabrina Verjee is favourite in the women’s race, back for her third race, after finishing fifth woman (14th overall) in 2015 and second woman (13th overall) in 2017.  Meanwhile, Joe Faulkner will be aiming to complete a record breaking fifth race, having successfully completed the original edition of the race in 1992 and every event since, in 2012, 2015, and 2017.  Elsewhere in the field, many runners will simply be hoping to beat the challenging cut-off times each day and earn a coveted Dragon by completing the full course. 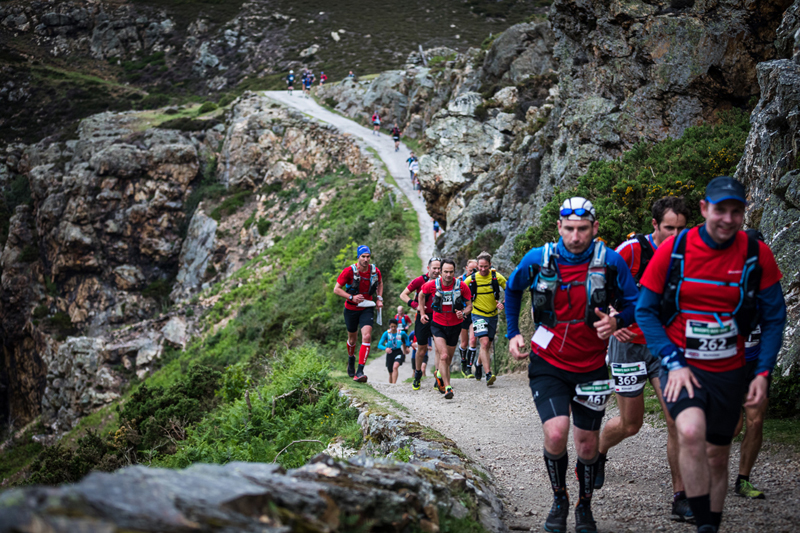 The public can follow the race through live tracking at www.berghausdragonsbackrace.com, and the Berghaus Dragon’s Back Race team will be posting regular updates on social media throughout the event: