The start of day one of the 2019 Berghaus Dragon’s Back Race showcased how much the event has grown.

Not only was the courtyard of Conwy Castle packed with 402 excited ultra-runners, but more spectators than ever were lining the ramparts ahead of the race’s 7:00am start.  There were smiles galore as the runners set out, but with 52km in distance and 3,800m of climbing ahead, their first day in the Welsh mountains presented a huge challenge.  When the cut-off time for the day was reached 16 hours later, Tryfan, the Glyders and Snowdon via Crib Goch had taken their toll on the field – 44 runners either failed to reach checkpoints by the cut-off times or had retired from the race through injury or for other reasons.

Number who completed the day – 360

Number of runners who didn’t complete the full day - 44 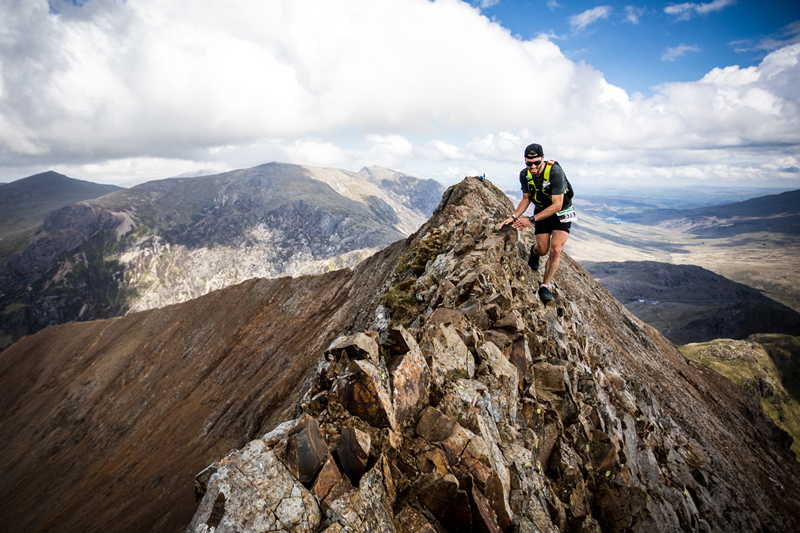 As in 2017, the women’s race is shaping up to be very good.  First across the line was Alyssa Clark of the USA, followed within a minute by the UK’s Sabrina Verjee, tackling her third Berghaus Dragon’s Back Race after claiming second place last time, and then Lisa Watson (UK).  After tracker times had been verified, Sabrina was confirmed as the leader after day one in 9:10:20, with Alyssa second in 9:15:44 and Lisa third in 9:24:05.  The gap between first and third is under 14 minutes. 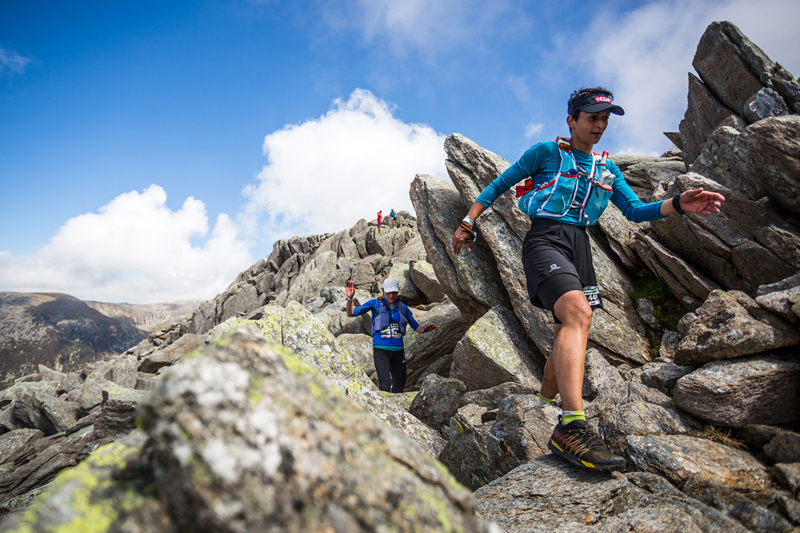 In the men’s race, Canada’s Galen Reynolds pretty much led the day from start to finish, crossing the line in 7:37:42, ahead of Konrad Rawlik (Poland) in 7:50:18 and Robert Barnes (UK) in 8:02:35.  Pre-race favourite Jim Mann (UK) is sitting in fourth, completing the day in 8:11:46, 34 minutes behind the leader.  Elsewhere in the field, Joe Faulkner safely negotiated the first day of his attempt to be the only person to complete all five editions of the race since it began in 1992.

Sabrina Verjee commented: “I felt good and it got better towards the end. The first part of the day was tough because I have a sore back and the descents were painful.  But things felt better later on and I was pleased to feel strong on the final descent to the finish."

The public can follow the progress of the race thanks to live tracking via www.berghausdragonsbackrace.com, and the Berghaus Dragon’s Back Race team will be posting regular updates on social media throughout the event: