Slowly, I begin to submerge my bikini clad body into the icy pool below- a secret dipping spot in the Shropshire Hills. Feeling like a child again..… I brace myself for the cold to sweep across me, then flay around in the water, moving my limps like a frog in a blender, as fast as possible to generate some heat.

Boyne Water at Brown Clee is a man made lake on the on the top of the Shropshire Beacon and still a fairly unknown wild swimming destination. As the morning haze cleared across the rolling heather-covered hills the peat coloured pond eventually revealed itself, both inviting and terrifying at the same time. Wishing I’d braved the scorn of wild swimming devotee, Jules McRobbie and brought a wetsuit, I finally calm down and sink my feet into the lake bed, soft like a cats stomach, deep breathing as I give in and let the cold sweep across me. 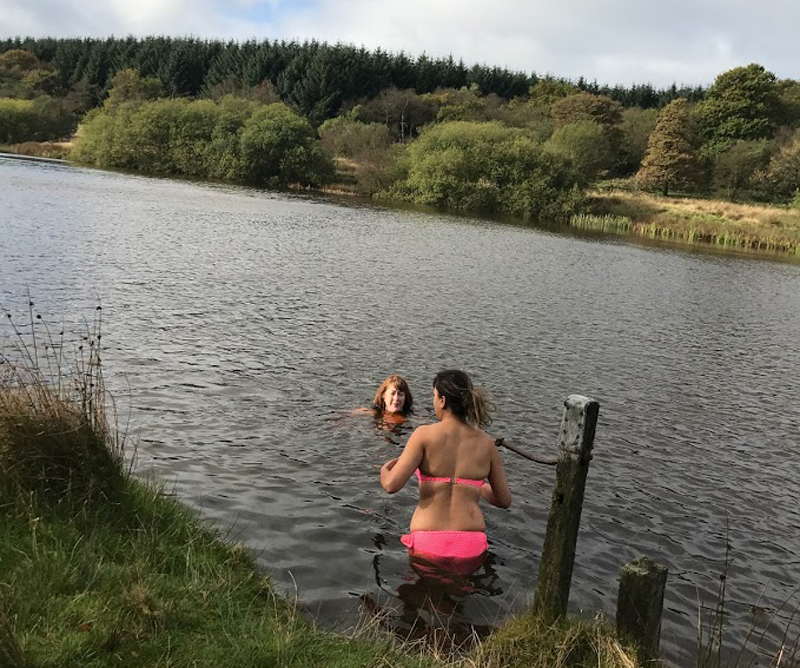 The hills of England’s borderlands may not spring to mind as the first place for adventure, but rather a gourmet destination where you can get a good pint in some of the country’s oldest breweries. With no motorways and scarcely a mobile signal to be found, the former capital of Wales often feels like you’re in a scene from ‘A Shropshire lad.’ - A.E. Housman’s nostalgic depiction of rural life in the county.

But despite the peace and tranquillity, its rich with opportunities for adventure. For wild swimming fans there are a host of locations from clear, reed-edged lakes, cool reservoirs and a plethora of beautiful meandering rivers, from the majestic Severn to the chilly River Clun and River Onny. 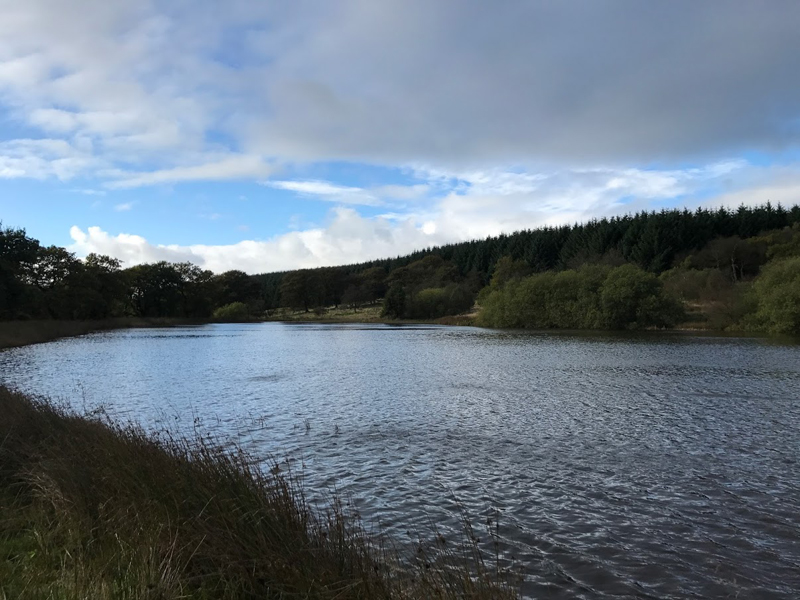 After a few moments, I feel my body parts begin to numb and I scramble out of the pond. Exhilarated, I pull on all my layers and a few of everybody else’s and cling to a hot flask of tea, chattering away to Jules about how she started the Shropshire Dipper’s, so people can get used to lowering temperatures. The club is a “fun, non-serious swimming group,” says Jules. It’s “not about the time you stay in the water or the temperature, but about getting in and being part of the landscape….some people only swim when the water is free from ice and when there are leaves on the trees, but they are missing out on some of the best dips of the year!” For me, its the camaraderie that really makes the experience…. encouraging each other to get in and the promise of a hot meal afterwards. It’s also appealing as you need very little equipment – just a swimsuit and towel, and some cheap shoes or old sandals to protect your feet. 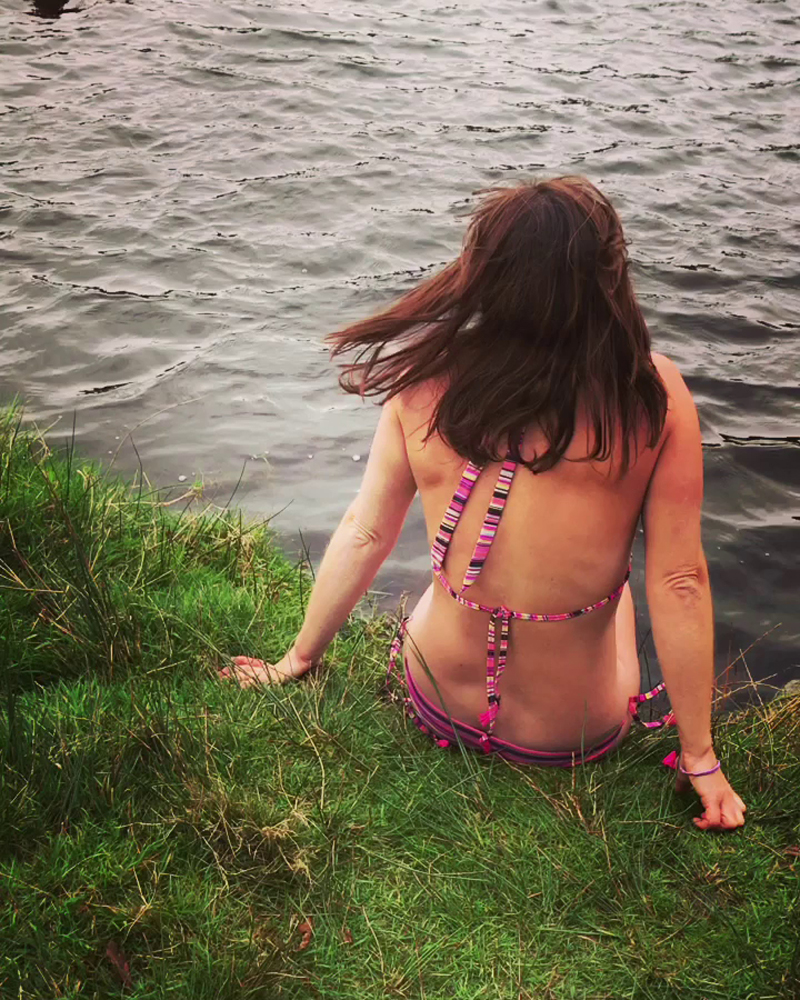 Jules has tested out several locations and says its a wonderful way to explore the world, with her head out of the water, looking at what's around her. Some of her favourite places are the deep and wide spring fed river Teme in Ludlow where she watches the low turquoise flash of the kingfisher pass by. Then there’s the thrill of getting caught. Only once has this happened when a running competition passed by when she was skinny dipping. The tactic here - just stay in the water to not cause offence.

For Jules, night time dipping is even more adventurous, and the long Mynd is a great place for it. A series of hills with steep gullies, known locally as Batches, they are unexpectedly rugged - like going from lowland England to highlands of Scotland on one of steepest roads in England . Shropshire is one of the darkest places in England with four locations on the Long Mynd and in Carding Mill Valley classified as Dark Sky Discovery Site (DSDS) because the Milky Way can be seen with the naked eye. Its little surprise Jules is a fan, with some eye-popping star gazing thanks to the extra clarity and darkness on the Long Mynd. 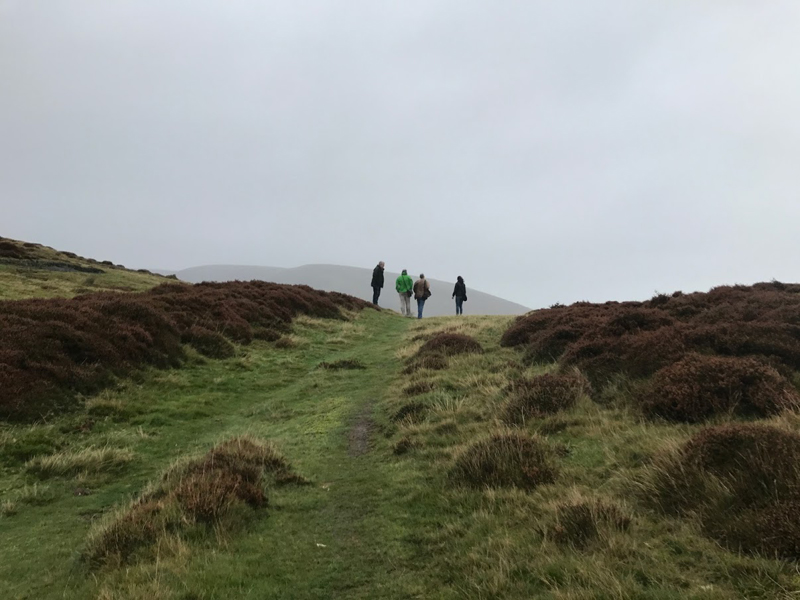 Later, I head to the Long Mynd (the long mountain) for a blustery jeep safari with parkland manager Pete Carty. The Long Mynd forms part of the Shropshire Hills Area of Outstanding Natural Beauty, which covers nearly a quarter of the county. Stretching some seven miles, with the highest point over 500 meters, the Mynd has been owned by the National Trust for more than 50 years. Since 1990 they have managed to bring down the number of grazing sheep from 17,000 to 2,000, allowing natural vegetation to flourish again, making it a great place for a hike or mountain bike. Pete tells me that whilst wild swimming here is still a bit of a ‘hush hush’ activity, they decided it would be safer to let people swim in the old National Trust-owned reservoir in Carding Mill Valley and provide advice, rather than forbid it. There are wild swimming safety notices, emergency equipment and National Trust rangers close to hand. The pond can it get “quite deep and is “very cold all year round, but the dippers and wagtails more than make up for it,” says Pete. 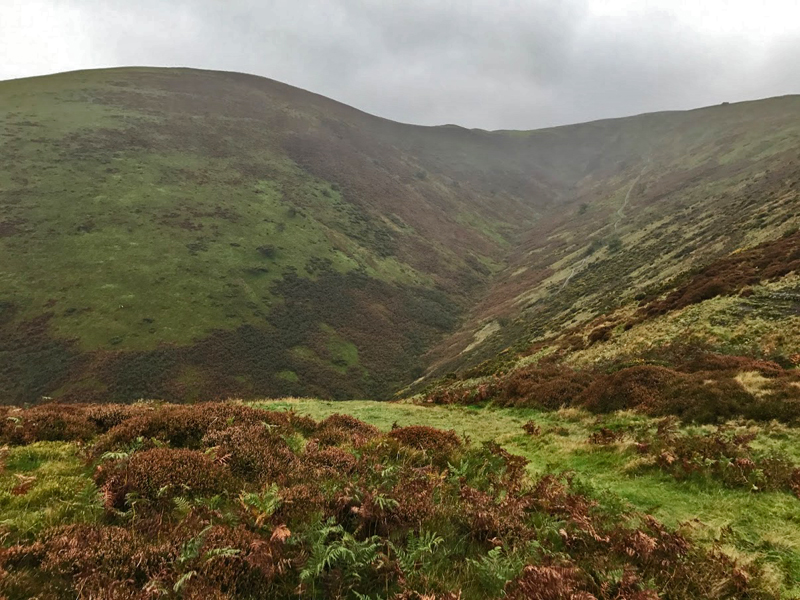 As well as dippers, the darkness also attracts other nocturnal creatures. The Shropshire Hills, with its diverse woodlands and extensive upland heaths make it a great place to watch wildlife. As darkness falls, I head to Clunton Coppice to meet Stuart Edmunds, of Shropshire Wildlife Trust’s Pine Marten Project, to embark on a night-time safari. With the moonlight so strong, we often don't need our torches, we try to spot the shy nocturnal predator. Seen in the area for the first time in recent years for more than a century, the elusive Pine Martin was thought to be extinct in England until an amateur naturalist captured footage on night vision cameras. Once hunted for fur and considered a bit of pest they have adapted to avoiding humans. They don’t live closely together but one can inhabit a big area. 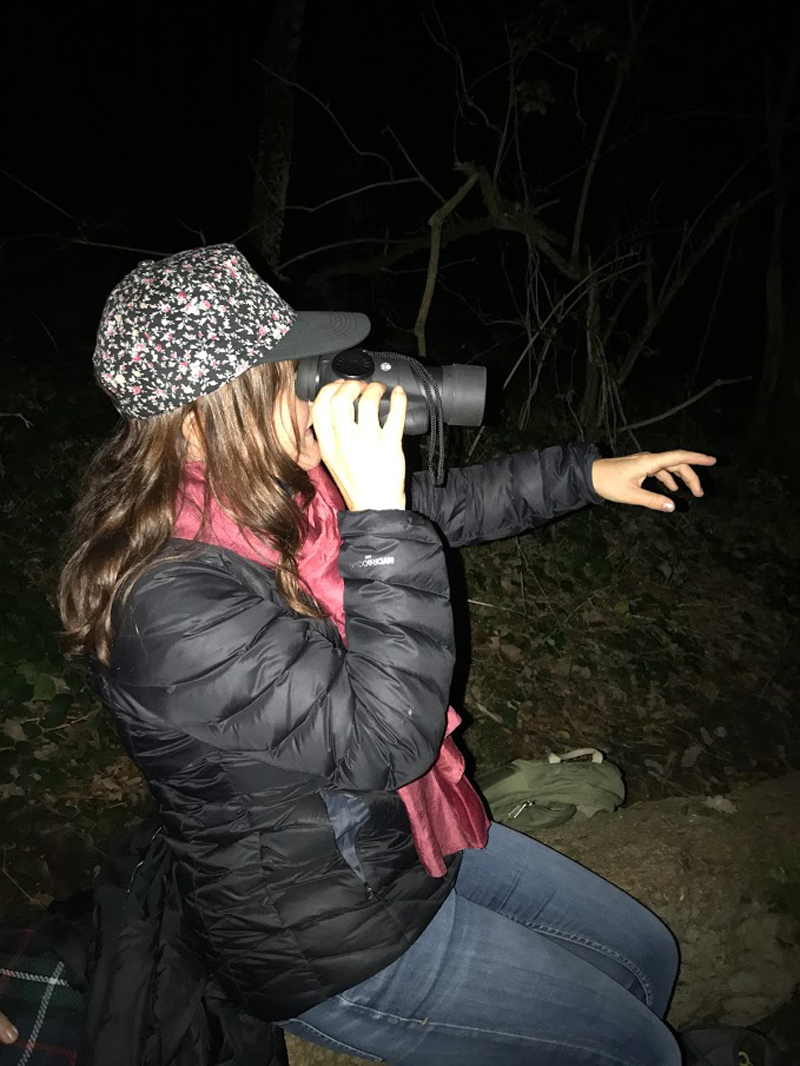 After more motion footage was captured by the Shropshire Wildlife Trust at Clunton Coppice, they began to put camera traps out. Triggered by movement and heat, they mostly catch door mice, attracted by the peanuts inside. We gathered around various spots, as quite as these mice, trying to spot one with infra red binoculars. But try as we did, the Pine Martens were not going to make an appearance that night. But we did spot fox jacks, roe deer, wood mice and maybe an owl and cat.

I then headed back for some semi wild dipping at the Baron at Bucknell. This country pub has a specially constructed organic pond to swim in bordered by shallower areas, with reeds and other features. But here, instead of braving the elements, you can hop into your own hot tub on the decking of one of three purpose-built garden rooms.

Most important credits are:

Travel to and from Ludlow and on the Heart of Wales Line courtesy of Arriva Trains Wales www.arrivatrainswales.co.uk

The Cliffe at Dinham, Ludlow www.thecliffehotel.co.uk

The Baron at Bucknell, www.baronatbucknell.co.uk

More in this category: « Hiking the highlights of Switzerland's Via Alpina Getting Muddy and Dirty Has Never Been This Good »
back to top