Jumping through hoops and into water pits, crawling through tight spaces, and dragging your body across the mud is not everyone’s idea of a fun weekend. But here in the UK, a growing community of ‘mudders’ are joining race after race to do just that.

"Probably the toughest event on the planet" 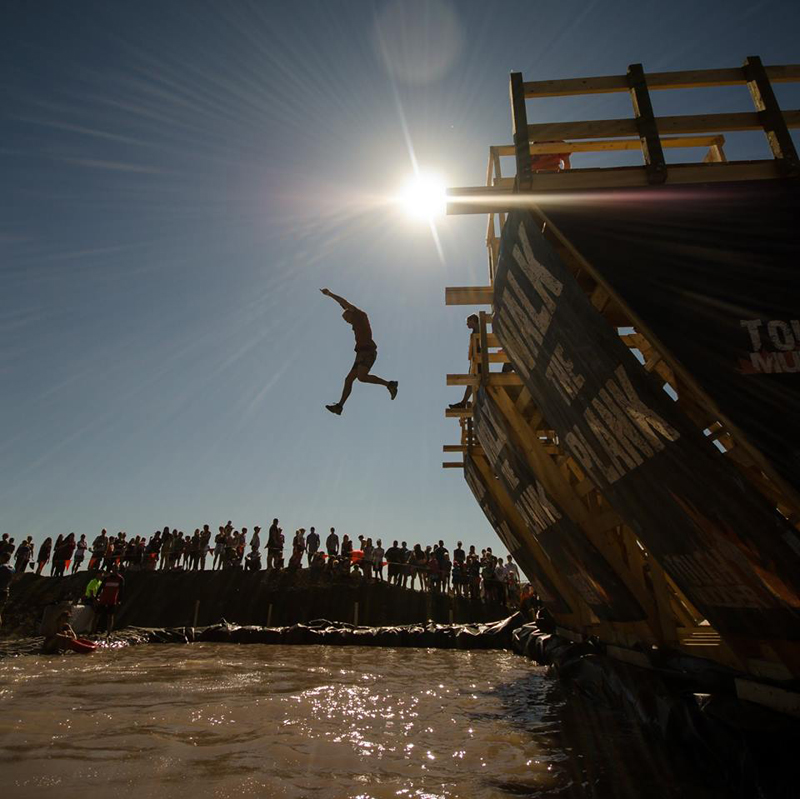 Tough Mudder goes by the slogan, ‘probably the toughest event on the planet’. That might be a bit of an exaggeration, but it is certainly no walk in the park. It’s an event series that tests participants’ physical fitness as well as mental strength.

It’s not your average fun run because Tough Mudder is made up of different challenging obstacles. There’s a lot of mud to catch your fall and you won’t have to do it alone—it’s an event that prides itself in bringing out the best in teams.

One of the newest obstacles is 'Kong Infinity'. Obstacle innovation manager Nathan Bassett describes it as one of the most challenging hurdles ever devised. The best thing about it is that it was actually invented by fans, and people who played the iconic video game Donkey Kong will easily notice the resemblance. Participants hanging on a barrel have to use momentum, rhythm, and upper body strength to roll the heavy structure to the other end. It requires technique and grip strength so practicing on a pull-up bar will certainly help your chances. 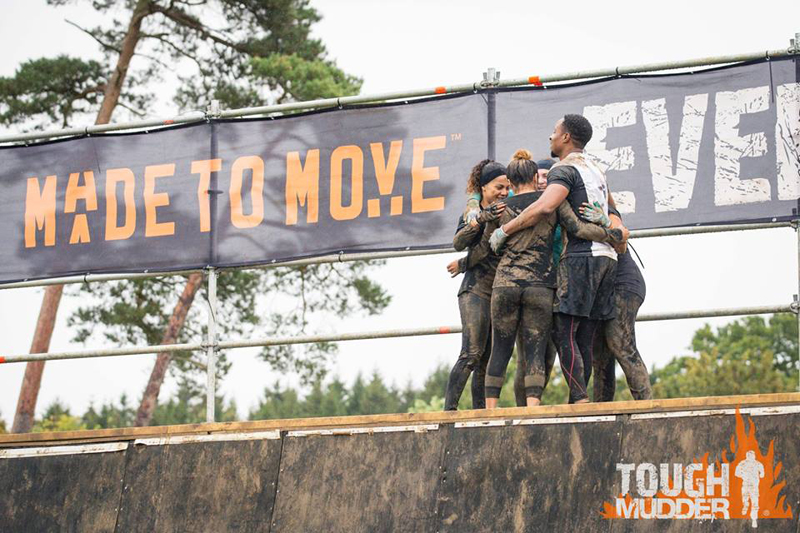 There's also 'Everest', which is a classic obstacle that requires participants to sprint up a 13-foot quarter pipe with a curved top. It’s almost always towards the end of the race, when participants are already caked in mud, slippery, and exhausted. 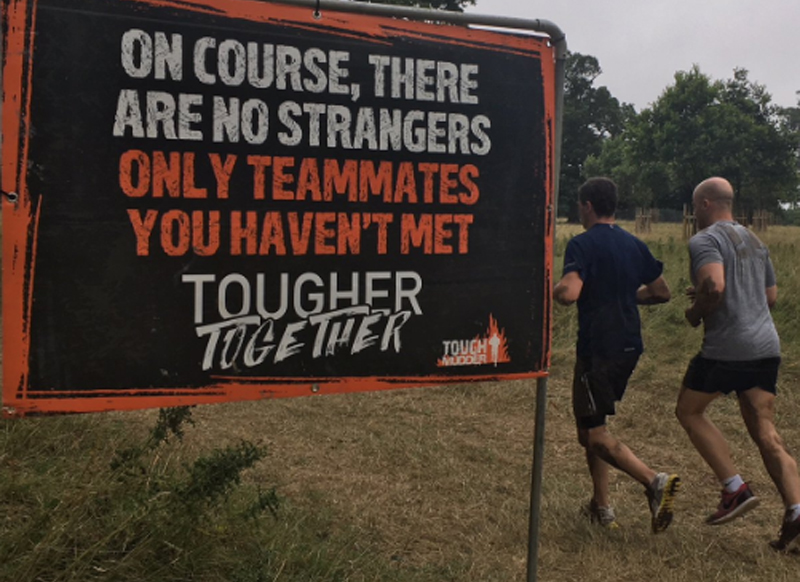 Writing about her experience, The Guardian columnist Zoe Williams says that teamwor plays an important role in Tough Mudder. Many of the obstacles require working well with others. Another infamous section is the so-called 'Hero Wall' where participants have to scale a wall that’s over 10 feet. The height of the wall makes it almost impossible to do it yourself and you’d have to get a boost from a teammate or get pulled up from the other side. What Tough Mudder aims to exhibit is that even the strongest people need a little help sometimes.

There’s one other important aspect of giving a helping hand in the Tough Mudder series, and that is charity. The company behind the event has partnerships with different charities in the country, one of which is Help for Heroes that sends aid to our injured brothers and sisters in the British Armed Forces. It’s also common for participants to create their own teams and raise donations for their chosen cause. Last August, Renfrewshire News reported about Dr. Martin Innes and his team reported about Dr. Martin Innes and his team who completed the 10-mile leg and raised over for £1,700 for St. Vincent’s Hospice. Being close to his heart, it was an easy choice for Dr. Innes to take on a difficult challenge to bring some relief to the patients in St. Vincent’s.

There are many others like Dr. Innes who see the Tough Mudder races not just as a test of one’s strength but as a way of giving back to the community. London-based NGO Save the Children also sends teams to the event also sends teams to the event and anyone is welcome to join. The goal is to help impoverished children all over the world gain access to food, shelter, medical assistance, and education. It’s another great motivator to sign up for the Tough Mudder challenges, which can help improve your fitness in the process.

The next legs of the Tough Mudder series will be held on September 22, 29, and 30 in London. You can register for the full, half, or 10-mile race. There are also several other events scheduled for October as well as April, May and June 2019 if you need a little more time to prepare. Start training and gathering your teammates—you’re going to need them.

More in this category: « Dark adventures in the Shropshire Hills - Katy goes wild swimming Lemonade in Lapland »
back to top