Leo Houlding has revealed details of a major expedition that will start next month. Leading a team of six, Leo will set out to climb a new route on the 600m, continually overhanging Prow of Roraima in Guyana.

In a trip that is being sponsored by Berghaus, the team will include Anna Taylor, the latest addition to the brand’s line-up of athletes, who will be taking part in her first major expedition. The Mnt Roraima crew will leave the UK on 4 November and anticipate starting a two-week climb on the big wall about 10 days later.

Mount Roraima, 2810m (05° 15.297'N, 60° 44.113'W, 281 Om), is a tepui (flat top mountain) that sits on the border between Brazil, Venezuela and Guyana, deep in the Amazon rain forest. It is the location that inspired Arthur Conan Doyle's classic work of fiction ‘The Lost World’ and more recently the Disney animated movie ‘Up’. The main objective of the expedition is to free climb a new route on the Prow of Roraima, which lies in Guyana, a former British colony that gained independence in 1966. The country has one of the highest levels of bio-diversity in the world and is 80% covered in forest. It was first climbed with extensive aid in 1973, by a team of British climbing legends, including Hamish MacInnes, Don Whillans and Joe Brown, and documented in a BBC documentary. Access to Mount Roraima involves a 53km trek through pristine, untracked jungle from the closest airstrip in the Amer-Indian community of Philipi. 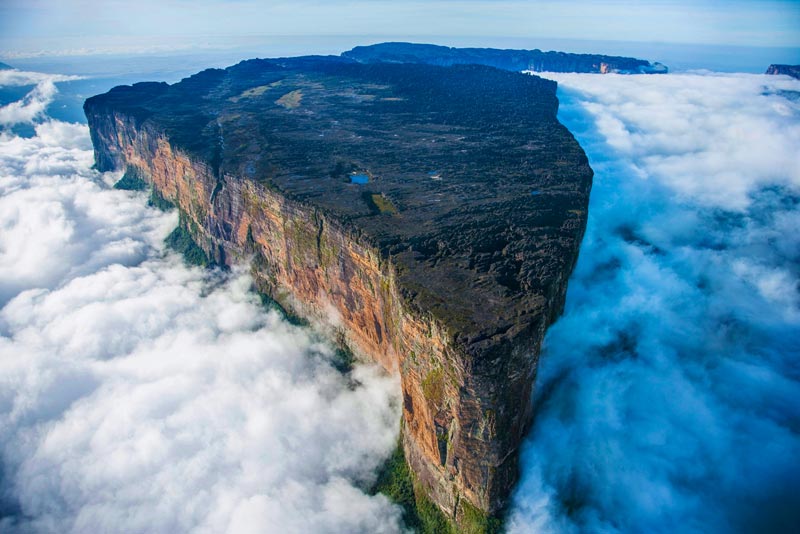 Now 39 and a veteran of many successful expeditions, Leo Houlding has assembled a crew with a wide range of backgrounds and skills. 21-year-old trad climber Anna Taylor joined the Berghaus athlete team earlier this year. A Cumbrian like Leo, Anna is one of the most exciting young climbing talents on the scene today. With a reputation for climbing hard, bold routes, Anna is embarking on her first major expedition as the youngest crew member, but also one of the lead climbers.

Waldo Etherington (32) and Matt Pycroft (30) have both accompanied Leo on major expeditions before. Waldo has vast experience as a canopy rigger in rain forests and has also spent time on big walls, including Mirror Wall in 2015. He brings unparalleled knowledge of complex rigging systems and is described by Leo as “the fastest load carrying rope climber in the west”. Also a key member of the Mirror Wall team, Matt Pycroft is a cameraman and director at Coldhouse Collective media productions, with an extensive portfolio of film-making credits and awards to his name. Matt will film the Mt Roraima trip as the adventure unfolds. 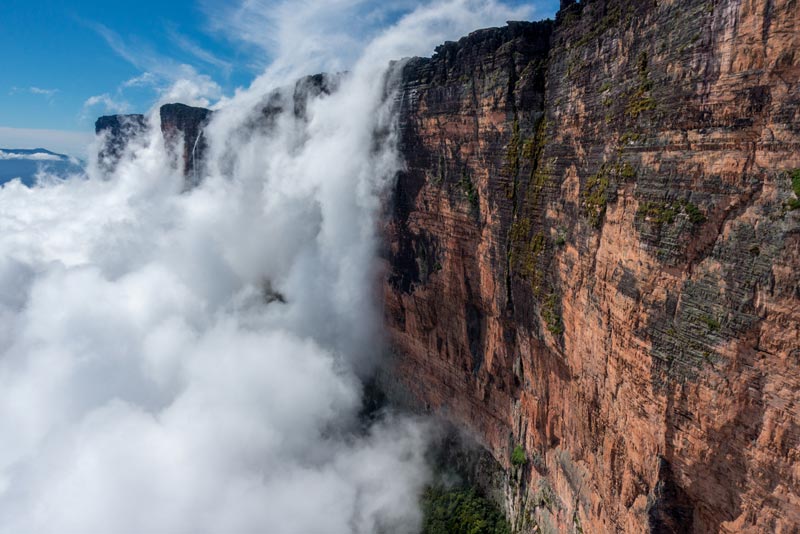 The core crew will be completed by Wilson Cutbirth (29) and Dan Howard (31). Wilson is an “American Waldo”, who will also be a lead climber and rigger. Wilson has worked with Waldo extensively and climbed with Leo in 2017, when he linked three towers in one day in the Bugaboos, Canada. Dan works with Coldhouse Collective and will assist Matt in filming and photographing the expedition, and providing other essential logistical and communications support. A team of local Amer-Indians will guide the team for approximately eight days through the jungle to the base of the wall. The climbing team hope in turn to lead two of the Indians to the summit of the wall, teaching them the required rope techniques on the job. They will become the first locals to climb the wall.

Leo Houlding comments: “In the climber’s eye there is nothing quite like the prow of Mt Roraima. Rising above Guyana's pristine rainforest like the bow of a giant ship, twice the height of the Eiffel tower and with an approach hill taller than Ben Nevis, it creates its own weather, almost constantly shrouded in cloud. The 50km trek through untracked jungle presents a host of challenges, mosquitos, mud, venomous snakes, but brings with it a vibrancy of life often absent from climbing expeditions in high or cold regions.

“Once we've finally dealt with the logistics of the approach and get established on the wall above the jungle, I'm hoping we're going to find some really high-quality quartzite, one of my favourite rock types. I saw Hamish's film when I was a boy, not long after I started climbing. They had a pretty epic time and I remember thinking 'one day...' and here we are set to recreate their epic but with the added element of free climbing.

“I'm also really motivated to share the adventure with a young gun local to me in the Lakes, Anna. She reminds me of myself 20 years ago, simply psyched on hard trad with few of the complications of later life. I've been on more than my fair share of big trips since then and have learned a few tricks along the way which I'd like to pass on. Anna is really into the adventurous side of climbing - Roraima sits at the extreme end of that spectrum!” 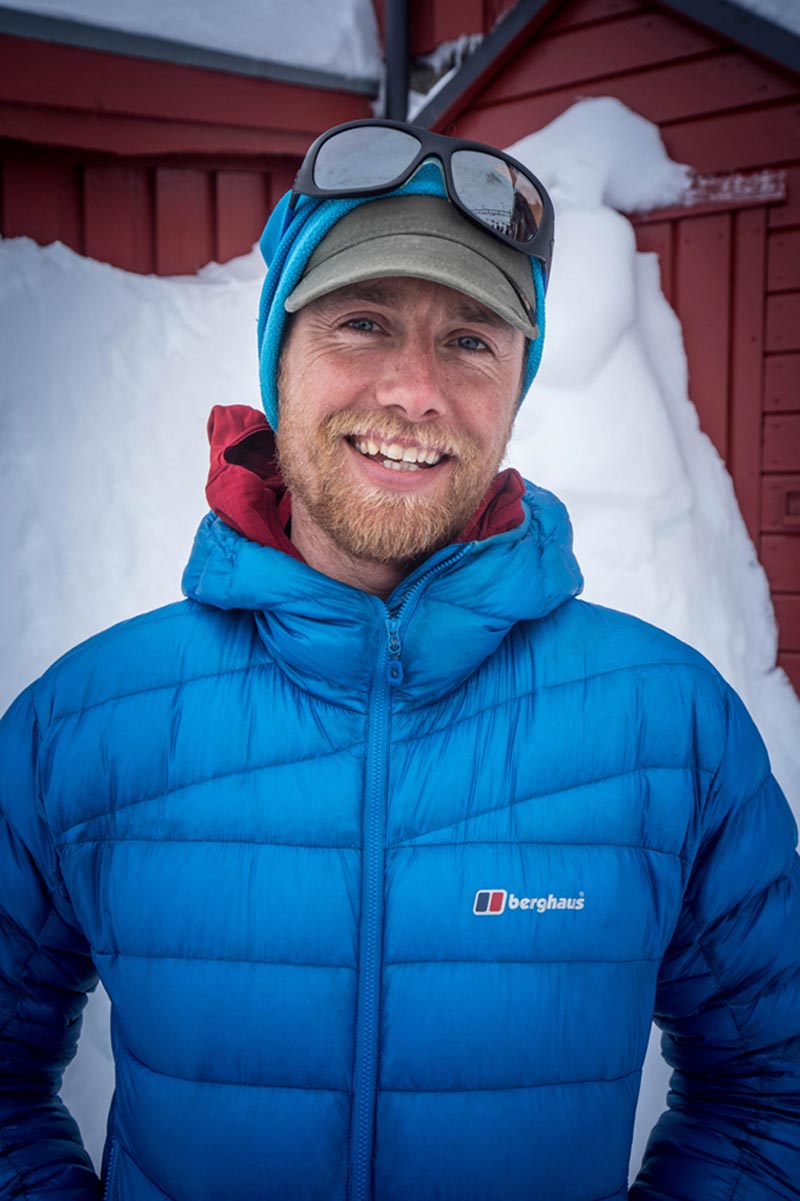 Berghaus is supporting the Mt Roraima expedition as part of wider work to support bold adventures that push the boundaries of modern climbing and exploration. As well as sponsoring the trip, Berghaus is supplying team members with its latest kit, including next-to-skin high performance apparel and other essential lightweight clothing and equipment for the humid and changeable weather in the Amazon.

Leo and team will send back regular updates from Mt Roraima, which will be posted at https://community.berghaus.com/roraima-quest-2019 and shared via social media: Twitter - @TheRealBerghaus and @leohoulding; Instagram - @berghausofficial and @leo_houlding.

More in this category: « Mick Fowler returns to the Himalaya in bid to make 1st high altitude summit with a colostomy bag Project Possible completed as Nims summits 14th 8000er in 190 days »
back to top