In reaching the summit "Nims" joined one of the world's most exclusive clubs - the men and women who have climber all 14 of the planet's 8000m peaks. The first climber to acheive this feat, the legendary Reinhold Messner, took a little over 16 to acomplish it. By 2019 the fastest time had been reduced to seven years, 10 months and six days by the South Korean Kim Chang-ho. Nims' journey to Shsihapangma, however, has started in nearby Nepal with an ascent of Annapurna (8,091m), on April 23rd. In the space of 190 days he'd achieved what was so far beyond the accepted realms of possibility as to dismissed a mission impossible - All 14 8000ers in a little over 6 months, including a final mountain that had been closed to climbers by the Chinese government.

The early months of Project Possible were typified by a constant, and often futile, appeal for backing. It was a high-risk investment for commercial backers to take more than 6 years off the existing record, and the sums involved were beyond the scope of simple crowdfunding. It is to the credit of companies like Bremont and Osprey that they took the risk and backed a project with a high chance of failure. Within a month and a day of standing on top of Annapurna, however, 6 summits had been ticked off in a remarkable series of climbs that also included Dhaulagiri, Kanchenjunga, Everest, Lhotse and Makalu. Along the way he'd had his climbs interupted to carry out multiple high altitude rescues of other climbers and taken an image that was to take the world's media by storm. 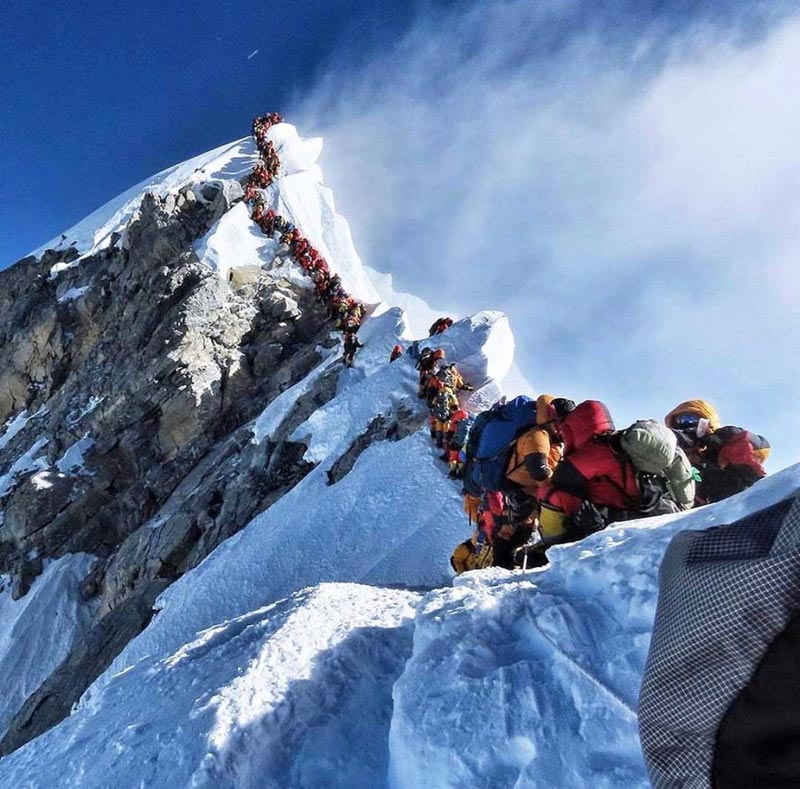 With Stage 1 of 3 complete attention switched to Pakistan and the Karakorum. Even with 6 summits in record time behind him Nims struggled for the funding to complete the remaining stages, going as far as to take paid guiding in his attempts. Around him he also built a close team of climbers supporting him, with Mingma David Sherpa also becoming the youngest climber to complete all 14 peaks aged 30 on Shishapangma. Stage 2 saw Nims summit Nanga Parbat on July 3rd, following up with Gasherbrum 1, Gasherbrum 2, K2 and Broad Peak over the next 23 days.

11 down and just 3 to go, but as September started it was still far from certain that the project could be completed. Following a number of deaths over recent years China had declared Shishapangma off limits to all climbers for the duration of the 2019 season. Cho Oyu and Manaslu succumbed and on 15th of October, following a request from the Nepal government and a global campaign, China relented and made an exception. At 8:58am local time the message came out "MISSION ACHIEVED !" 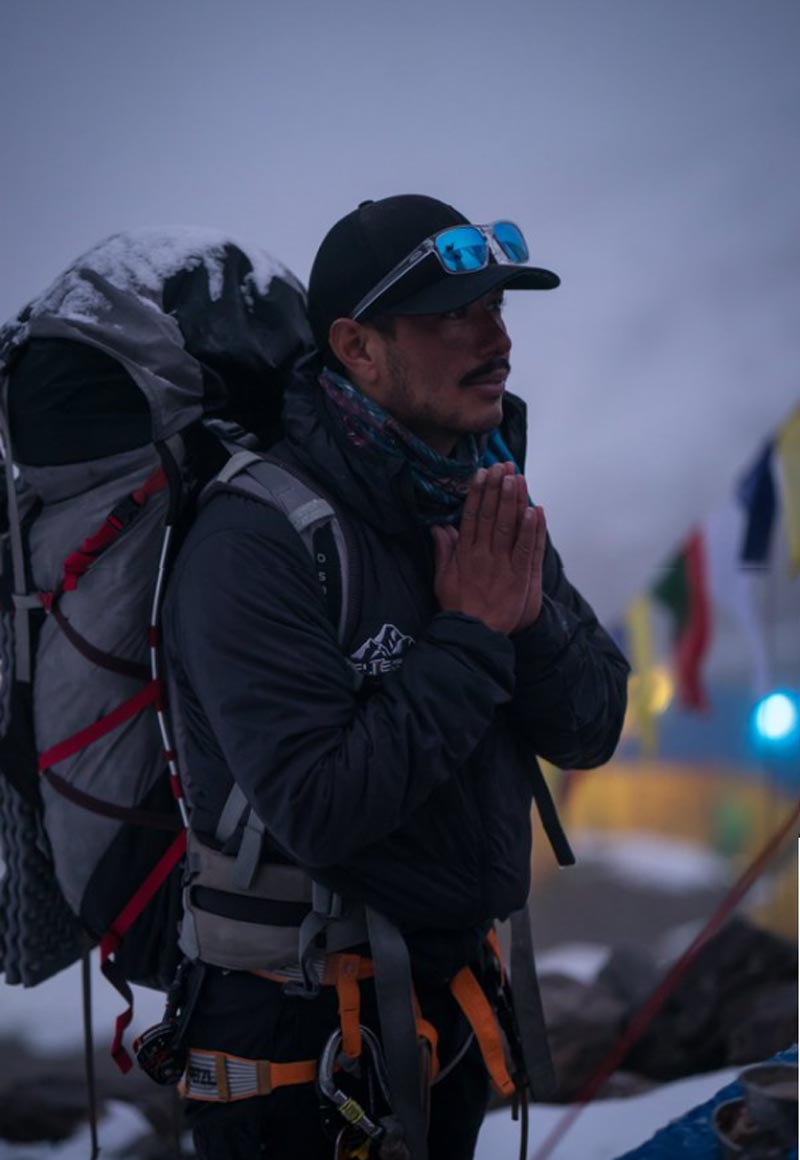 Purja was the first Gurkha to join the elite Special Boat Service and already has multiple world records for speed climbing to his name. In achieving his record Nims joins Alan Hinkes as the only British mountaineers to summit all 14 of the world's highest mountains. Alan took 17 years to complete the round.

Commenting on the news from Nepal Alan said "Shisha Pangma was my first 8000er in 1987 & I was with Jerzy Kukuczka, it was his last & my first. I never contemplated summiting all 14 as only two people ever had done so, Kukuczka & Messner. More people had stood on the Moon – 12. It was not until I had climbed 8 with 6 left that I decided to climb all 14. It took me 27 attempts (all successes) & over 15 years".

"Now this super fit determined chap from Nepal has climbed them all in less than 7 months – the previous record was 7 years. It used to be a big deal to climb the Seven Summits in seven months, all 14 x 8000ers is an amazing achievement. What a benchmark to set".

"It was touch & go for Shisha Pangma, but fortunately in the nick of time the Chinese allowed him a climbing permit".

"Nim's is ex British military, he was a Gurkha, a Royal Marine & Special Forces,. No doubt some of his military training will have helped temper his determination, drive resilience and mental stamina."

"But there is no getting away from the fact that Nim's must be able to suffer & perform in extreme conditions, surviving great dangers & difficulties at extreme altitude. This is a great mountaineering achievement. A 'tour de force' of will power, drive & stamina, both mental & physical".

"I am so happy he has made it & is alive. A great achievement."

"Climbing 8000m peaks should never be underestimated. It is not called the Death Zone for nowt."

Commenting on the success Nims said, “I am overwhelmed and incredibly proud to have completed this final summit and achieved my goal of climbing the world’s 14 tallest mountains in record time. It has been a gruelling but humbling six months, and I hope to have proven that anything is possible with some determination, self-belief and positivity. I could not have made it happen without the unending support of my friends and family who have been in my heart this entire time. We started with nothing, but look how far we’ve come,”

“I believed in this project and I made sure to surround myself with people who believed in it too. This was never just about me, which is the reason I’ve been able to overcome some huge obstacles on this journey. By achieving this goal, I knew I could inspire people from all generations, across the world,”

While Project Possible has been seen as a one-off to see how far the boundaries of endurance (and suffering) can be pushed, it remains to be seen whether this is the start of a new race or the end. The logistics and finances to cotemplate such an outrageous mission are mind-blowing, and then the weather has to play ball - and that's without the almost super-human abilities required to climb so often in the Death Zone in such a short period. Where there's a record, though, there will allways be someone dreaming of beating it.

More in this category: « Leo Houlding leads new team to explore heights of the Lost World Chombu wins again but Mick Fowler proves his point »
back to top