The trip was originally planned for the autumn of 2017, but was delayed by Mick’s cancer diagnosis and subsequent treatment.  Mick and Vic will now head out at the end of March to attempt an unclimbed 6,000m peak.  The expedition is being sponsored by Berghaus, and Mick and Vic will use the brand’s latest technical clothing and equipment.  In addition, Mick is also working with medical company Coloplast to develop a new colostomy bag, for use during high altitude climbing.

In 2016, almost 30 years after they last climbed together, Mick Fowler and Vic Saunders teamed up to achieve a first ascent on the north face of Sersank in the Indian Himalaya.  Keen to continue the reunion, Mick and Vic agreed to attempt another striking 6,000m peak in 2017, but plans were interrupted when Mick was diagnosed with cancer of the anus.  Treatment followed in 2018, involving the removal of Mick’s anus, rectum and surrounding area.  He has since rebuilt his fitness, while also addressing how he can continue to embark on expeditions to remote Himalayan peaks with the additional challenge of needing to use a colostomy bag. 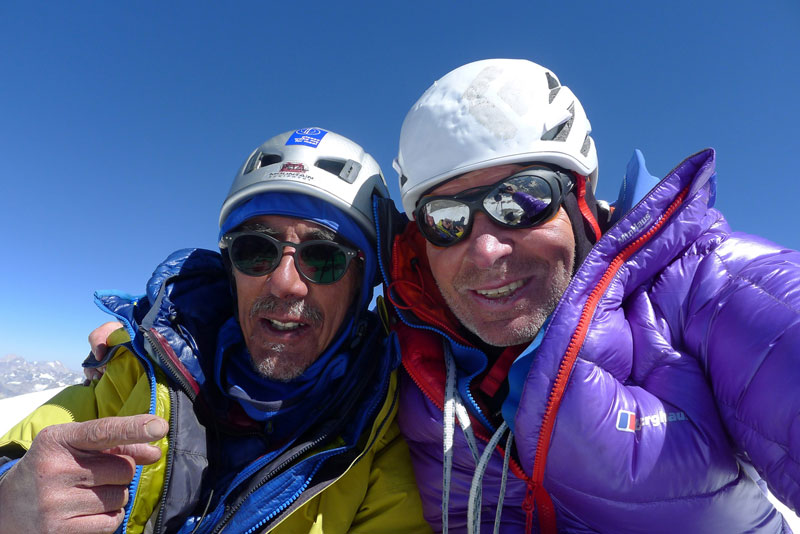 “The 2016 trip gave us a lot of pleasure and we started planning another climb almost as soon as we returned.  My cancer diagnosis was an unwelcome interruption and there were times during my treatment when I doubted whether I would be able to return to the Himalaya.  So, I am looking forward to this trip with even more anticipation than usual.  We have identified a very urge-giving unclimbed objective in a peak that is the finest in its range and dominates the skyline.  It is remote, beautiful and challenging, all of which are qualities that excite Vic and me.

“Vic and I are grateful to the team at Berghaus, who have continued to support us through a challenging year and a half, and we look forward to putting some great kit through its paces once again during the trip.  We have to rely on our clothing and equipment to perform in extreme conditions, or we simply can’t achieve our objectives - our Berghaus gear will make a vital contribution to any success.

“The team at Coloplast are helping me to find a solution to the colostomy bag at altitude conundrum and I hope that any feedback I bring back will help other mountaineers who need to use this kind of kit to continue their climbing too.”

Mick Fowler and Vic Saunders will leave the UK at the end of March and anticipate that their alpine style climb will take place during the second week of April, with the two men returning to the UK at the end of the month.  They will both use the latest kit from the Berghaus Extrem collection.  Full details of the expedition will be posted on www.berghaus.com once the team departs for the Himalaya, and updates will be shared via @officialberghaus on Instagram.  The story of Mick’s cancer diagnosis and successful treatment can be read in a series of candid blogs at https://bit.ly/2GNNIYK.