Along with their local support team, the core crew of Leo Houlding, Anna Taylor, Waldo Etherington, Wilson Cutbirth, Matt Pycroft and Dan Howard have completed almost 100km of “jungle bashing” in a little over a week and are now established at Mount Roraima basecamp.

The final day of the journey provided an insight into the next stage of the expedition and was a very tough slog of almost constant uphill. There was a significant change in terrain, and everyone was really feeling the steep ascent and the humidity. 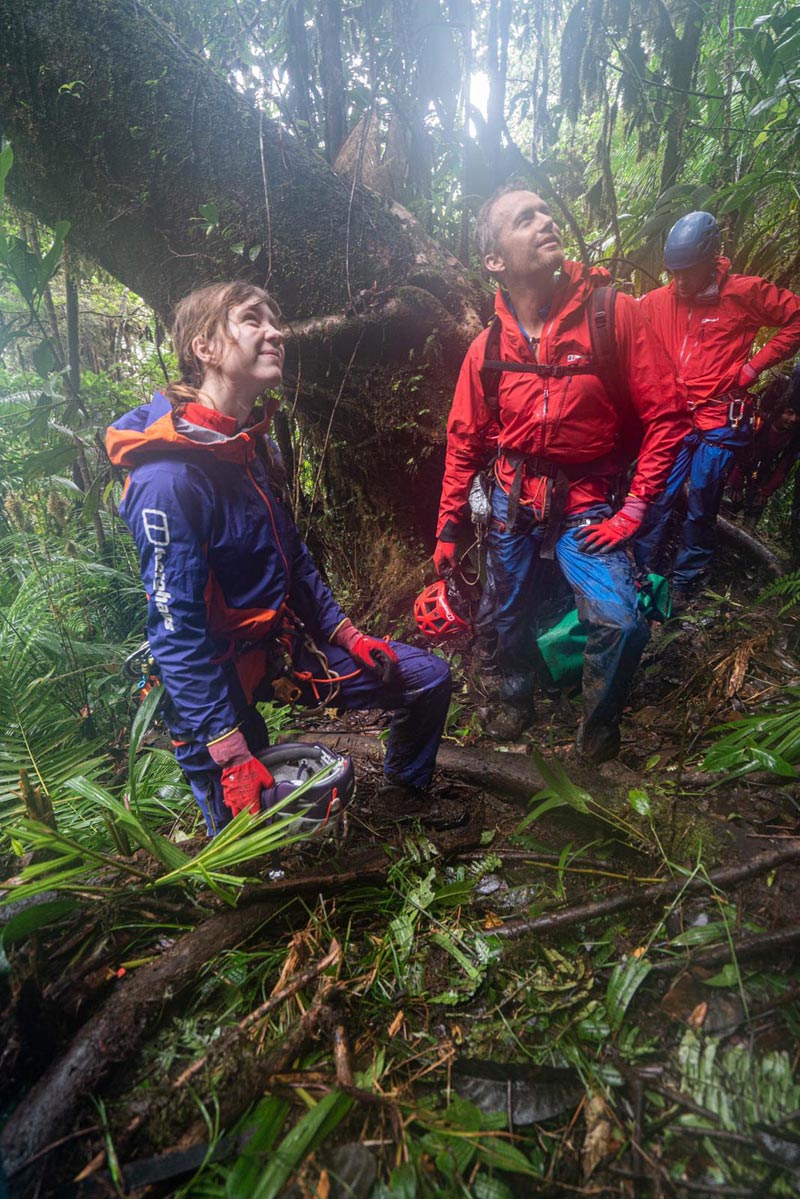 At one stage during that day, they set down their packs and left the trail to find the parachute loads. Four of the Amerindian locals on the team have spent over 20 days in the jungle cutting the trail. They had seen the bag drop and guided the crew directly to it. All of the parachutes landed their loads without breakage, but not quite without incident. One of the haul bags had dropped into a pond just off to the side of the target and got fully submerged – it happened to be the bag that contained the generator, essential for filming and sending out the photographs and video. Once up to camp, one of the hardier guides, Henry, spent the evening cleaning and drying the generator out before it spluttered into life. He ended the ordeal by asking if the team could now charge the head torch Leo had sent out to him in advance. They were very happy to oblige! 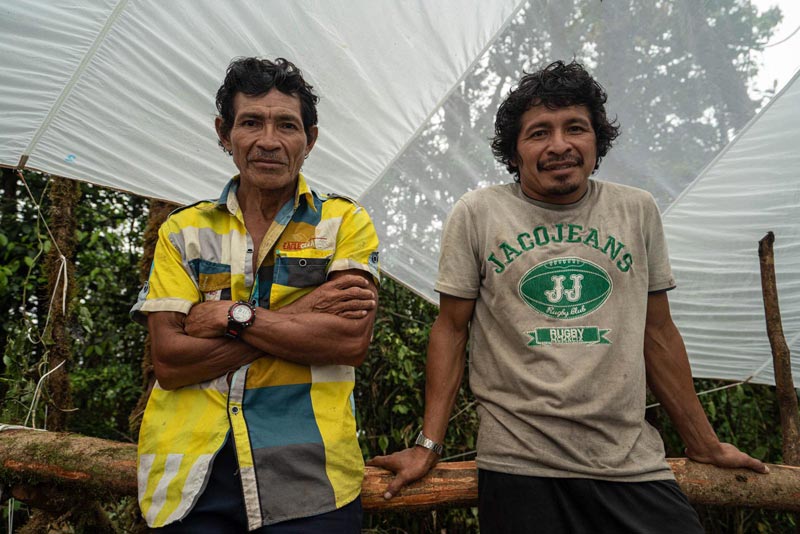 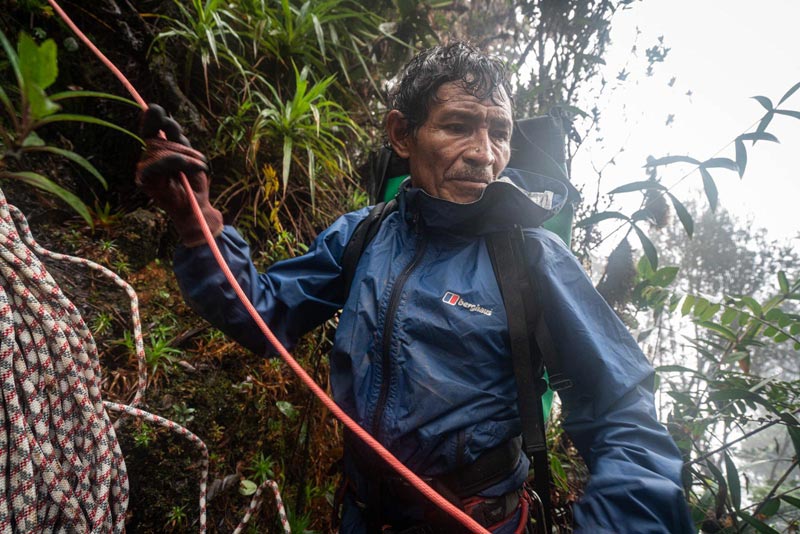 Once basecamp was organised and fully up and running, the full team of 21 ate together for the last time as a complete unit – the climbing team of six, porters, guides and trail builders. The following morning, 10 of them departed, leaving the core crew with five Amerindians as vertical-terrain porters. 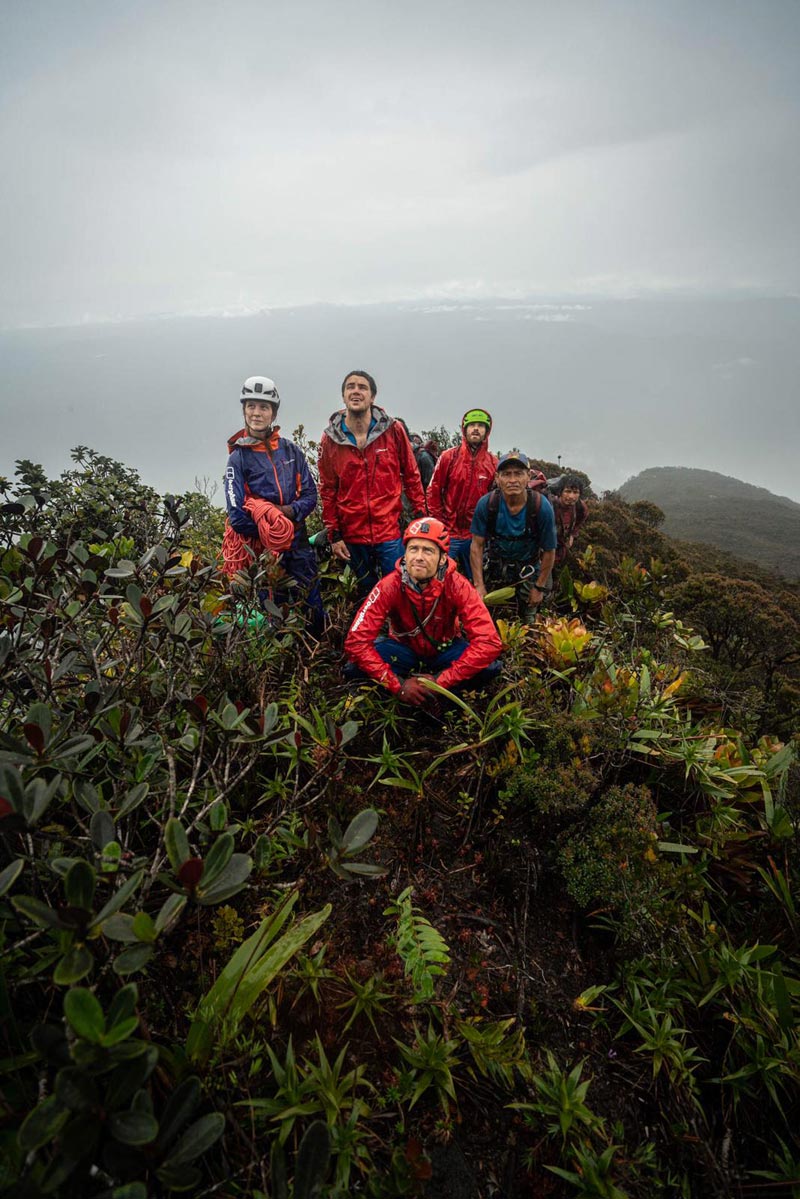 Sunday 17 November was “a real day of days”. The crew planned to wake up early and watch the sunrise from the penthouse hill behind camp, but the rain began at around midnight and fell torrentially all night, and into the morning. As the team ate breakfast and drank coffee, there was a sense that the wet season had come a little early, and this might be set in for the rest of the expedition.

The first part of the day was spent packing loads, and teaching the remaining local Amerindians how to use harnesses and prep ascending kit. During the previous day, Waldo and Wilson had pre-rigged 300 metres of the slime forest that separates basecamp from the prow of Mount Roraima, and on Sunday they went up there as a full team. 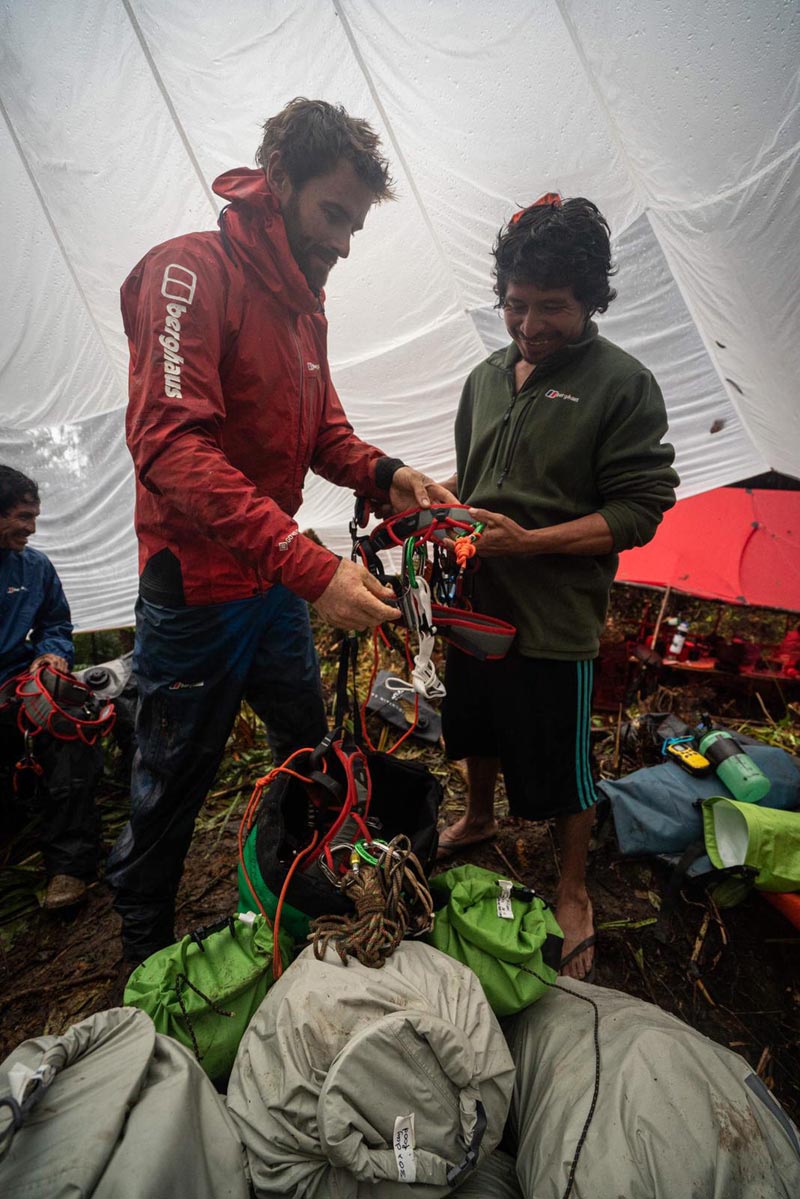 Matt Pycroft describes the scene: “It is something else completely. Within minutes we were soaking wet. We may as well have been swimming. By the time we got up the first few fixed lines we were coated with mud and slime, but everyone took it in their stride and it felt like a real mission. To be honest, the whole team thought it was brilliant, and it was one of our favourite days so far, even though it was likely the hardest.”

The plan now is to ferry all of the equipment to the top of the vertical ‘slime forest’, across the El Dorado swamp above, and through a bromeliad clad hill to the base of the prow. The slime forest and the hill above are like something from another world. The team is finding it difficult to describe just how muddy, slimy and ancient the place is. It took five hours to reach the top, with Leo breaking trail, with Anna, Waldo and Wilson keeping the porters safe, and Matt and Dan jumping between to get everything filmed and photographed. 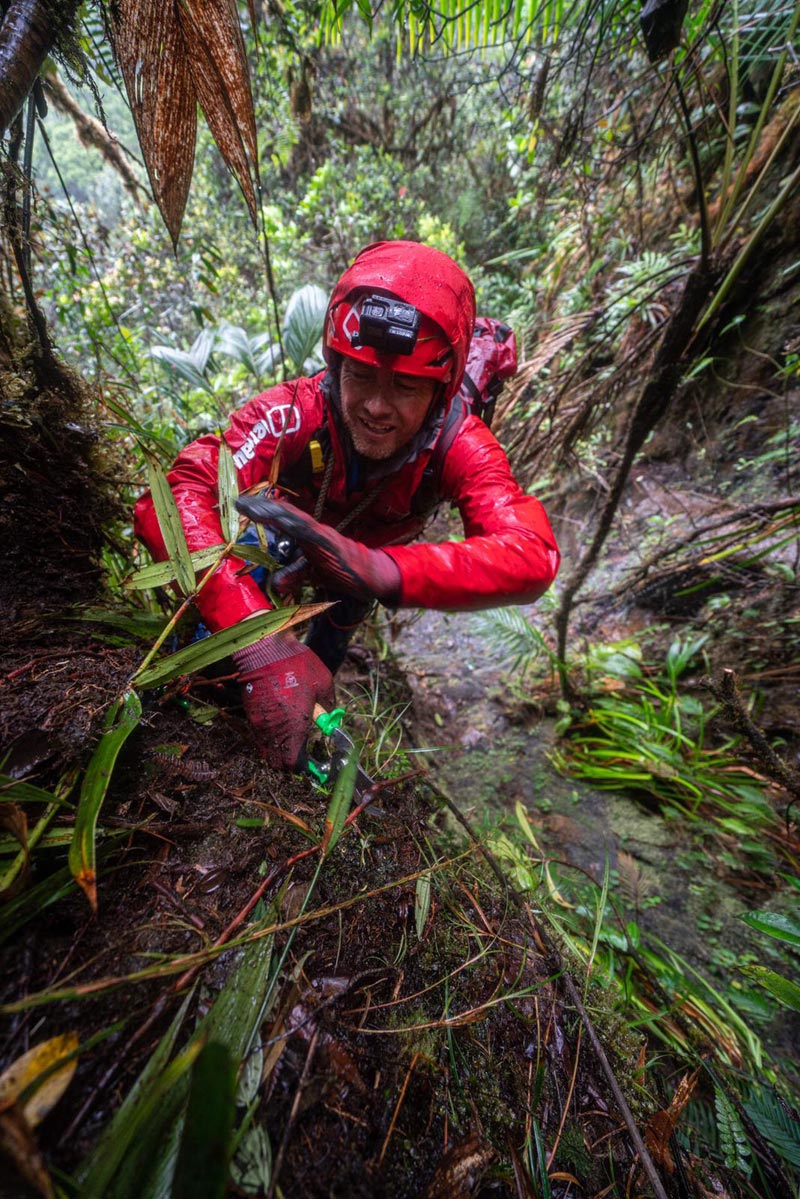 Matt continues: “The place is wild, but getting up close to Roraima was something else entirely. We could see the face in all its glory, and the rain stopped for just long enough to glance up and spend time assessing where we might go in terms of picking a line. Due to the weather, waterfalls are flowing from the summit left, right and centre, and standing underneath Roraima it becomes apparent just how steep it really is.”

The next few days will be spent ferrying loads up through the slime forest in order to establish an advanced basecamp.

Matt concludes: “We’ve embraced the slime and the mud, but we could do without the rain. We’ve got our fingers crossed that this isn’t the wet season come early. We’ll see.”

Updates will be posted throughout the expedition at https://community.berghaus.com/roraima-quest-2019 and, when possible, shared via social media:

More in this category: « Chombu wins again but Mick Fowler proves his point The Climbing Works co-owner Percy Bishton appointed Chief Routesetter for Bouldering at the Tokyo 2020 Games. »
back to top