Mick Fowler and Victor Saunders have returned to the UK after being repelled for a second time this year by the still unclimbed 6,362m Himalayan mountain Chombu.

After overcoming numerous permit challenges, bad weather and terrible climbing conditions, Mick and Vic climbed to within 250 metres of the summit before succumbing to food poisoning. During the Berghaus sponsored expedition, despite the huge disappointment of not topping out, Mick was able to definitively establish that using a colostomy bag will not limit his Himalayan climbing ambitions.

Mick Fowler and Victor Saunders set out from the UK towards the end of September and on landing in Gangtok, capital of the Sikkim region of India, were met by monsoon-like conditions and news that a key bridge on the way to their next destination in the Tangu valley had been washed away. This set the tone for much of the expedition and although, thanks to liaison officer Baichung, Mick and Vic were able to proceed without too much delay, the weather continued to hinder them. 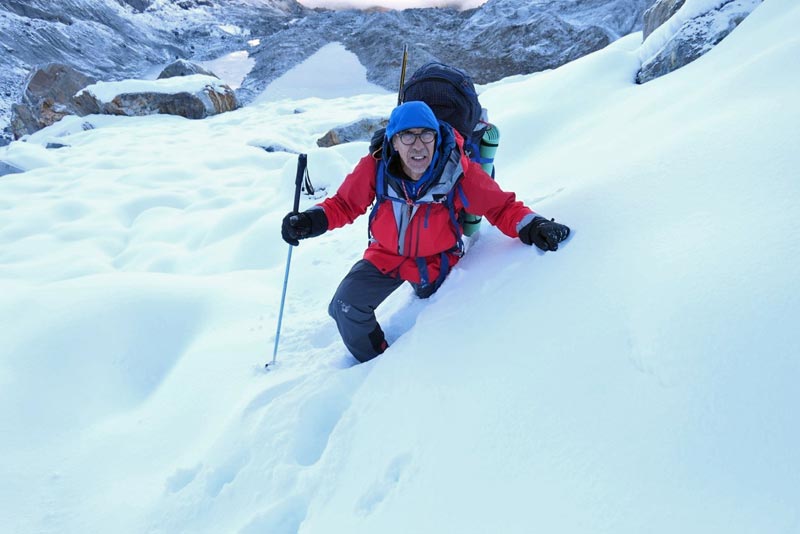 Mick comments: “As Victor and I sat in our tents at base camp listening to the rain, we agreed that, in a combined 75+ years of expeditions, this was the longest spell of properly bad weather that either of us had ever experienced.”

When the weather finally improved on 10 October, Mick and Vic began their approach to the north face of Chombu, discovering that the next stage of the expedition was going to be very tough going due to deep snow, both on the way up to the face and during the climb itself. Progress was slow, but after four days and some very difficult climbing, the two mountaineers reached a height of 6,100m above which easier slopes led towards the summit. Unfortunately, the freeze-dried food that they consumed at this point proved to be their undoing, causing severe sickness and diarrhoea, and bringing the climb to a premature end. Exhausted and nauseous, Mick and Vic abseiled to base camp and after 48 hours of recovery, began the long journey back to Gangtok and then the UK. 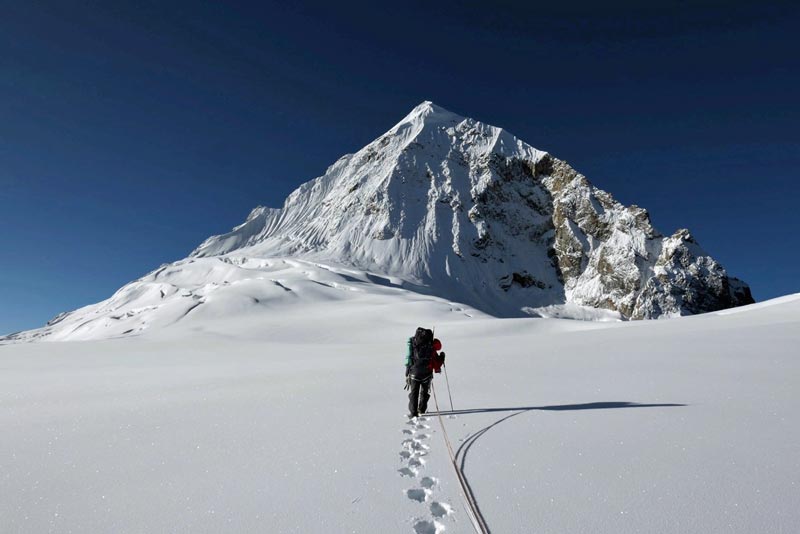 Mick adds: “How do I feel now about Chombu? Well, in two trips, not once did I crampon up any firm snow or swing my axe into any firm ice - the weather there was rubbish, the climbing conditions were rubbish, the permit situation was rubbish, but curiously neither of us is dismissing the possibility that we might return one day. There is something very special about Sikkim, and something extremely special about Chombu.

“My most important – and encouraging – reflection on the expedition is that being an ostomate proved to be no obstacle at all. On our previous visit the weather precluded any climbing activity, but this time we spent plenty of time on the mountain and at altitude. As always, our Berghaus kit performed superbly and I found that using a colostomy bag did not hinder our progress. So, putting our initial disappointment about Chombu aside, Vic and I are already sizing up various exciting possibilities for the future.” 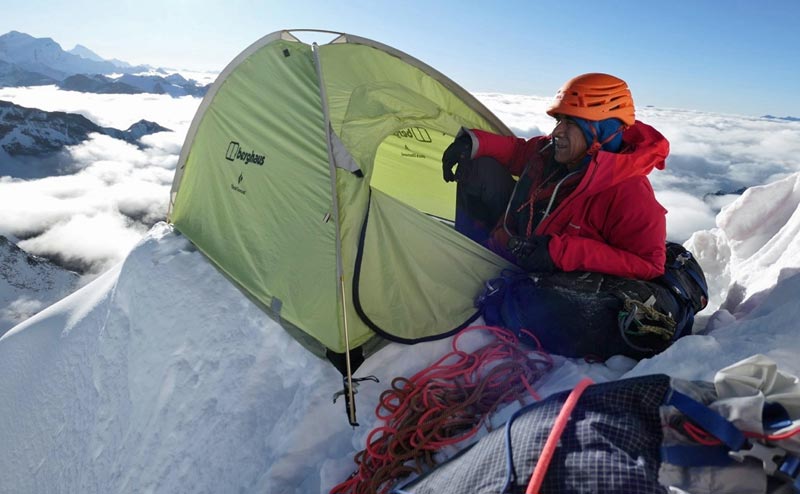 In the meantime, the third volume of Mick’s climbing memoirs, ‘No Easy Way’, has been shortlisted for the 2019 Boardman Tasker Award, which will be presented at the Kendal Mountain Festival, on Friday 15 November. Mick will be heading to Kendal for the presentation and to meet up with Berghaus colleagues and other friends during the festival. 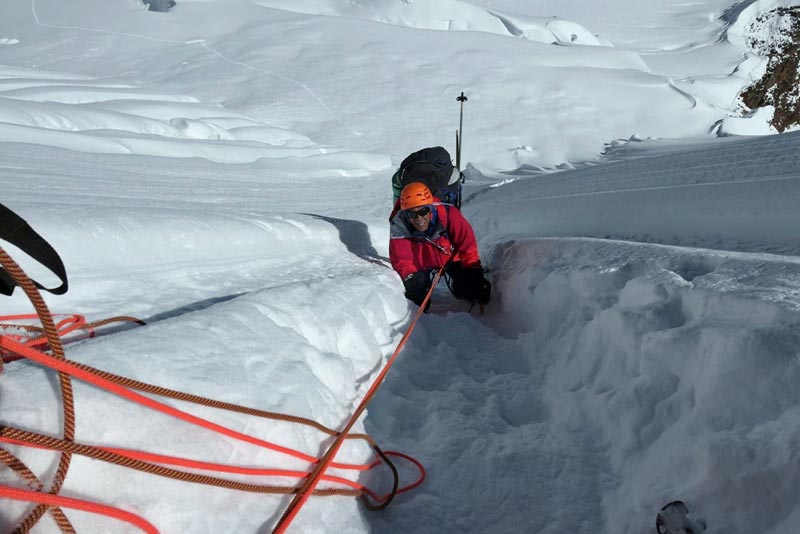 Climbing on Chombu was an exhausting battle with unconsolidated snow

Mick Fowler, 63, is a three-time Piolet D’Or winner and is known around the world for completing first ascents of routes on technically challenging peaks between 6000m and 7000m. Almost 30 years after they last climbed together, Mick and Vic Saunders teamed up in 2016 to achieve a first ascent on the north face of Sersank in the Indian Himalaya. Keen to continue the reunion, they first agreed to attempt Chombu in 2017, but Mick was diagnosed with cancer and underwent extensive treatment, involving an ostomy (a procedure to re-direct the bowel to an exit through an opening in the abdomen wall). After regaining his fitness, Mick was able to link up with Vic for this year’s two expeditions. A full account of the latest trip to Chombu can be found on the Berghaus website at https://community.berghaus.com/athletes/athlete-blogs2/mick-fowler-blog/chombu-mountain-2019/mick-fowler-chombu-expedition-two/.