Scottish climber Robbie Phillips, 29, has become the first Briton to finish the ‘Alpine Trilogy’, a trio of the hardest rock climbs in Europe.

Robbie achieved his childhood dream with his ascent of the final climb in the trilogy ‘Des Kaiser neue Kleider’ last week.

The trilogy consists of three challenging climbs put up in 1994 by three climbing legends of the time, Beat Kammerlander, Thomas Huber and Stefan Glowacz. To complete the coveted trilogy, climbers must scale ‘Silbergeier’ in the Swiss Ratikon, ‘End of Silence’ in the German Bertchesgarden Alps, and ‘Des Kaiser neue Kleider’ in the Austrian Wilder Kaiser. Each are climbs between 240m and 350m long and consisting of multiple difficult sections of climbing. A climber must complete all the sections in one push to gain a full ascent, which presents a huge challenge for even the most seasoned climbers. 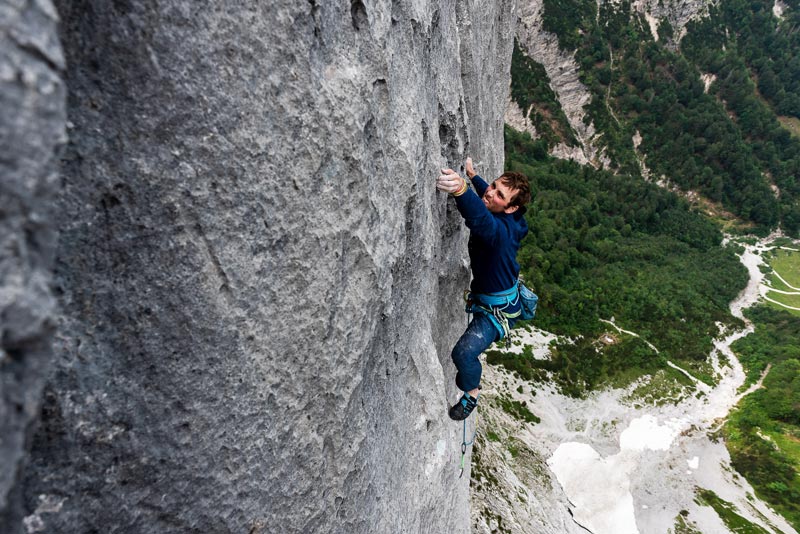 The final piece of the puzzle for Phillips was “Des Kaiser Neue Kleider”, also the hardest in the trilogy. Robbie and his partner, Austrian climber Mich Kemeter had been battling poor weather for the best part of July and early August, which diminished their hopes of completing the climb. However an unexpected weather window opened during one of their recce trips and the pair decided to make a push on the climb. Although the forecast was for a storm, the team managed to snag cooler temperatures and a breeze, which were the conditions needed to complete such a technical climb.

Robbie explained “The handholds are so small, that a few degrees too warm and my hands sweat and slip off the holds. Ideally you want either crisp cool temps, or a nice breeze to keep you and the rock cool. What we were getting was in excess of 30 degrees celsius with no wind and high humidity - it’s the equivalent of trying to run a race wearing flippers. i.e not idea.

The pair started their push around 1pm and by 9pm they had successfully topped out the face as the sun set over the mountains, abseiling back to solid ground only by the light of their head torches.

Robbie had dreamed of the trilogy since he was 15 years old, when his climbing mentor Neil McGeachy heralded it as one of the holy grails of the climbing world. That promise of adventure was enough to set it concretely in Phillips’ mind and he set to building the skills to face such a feat. 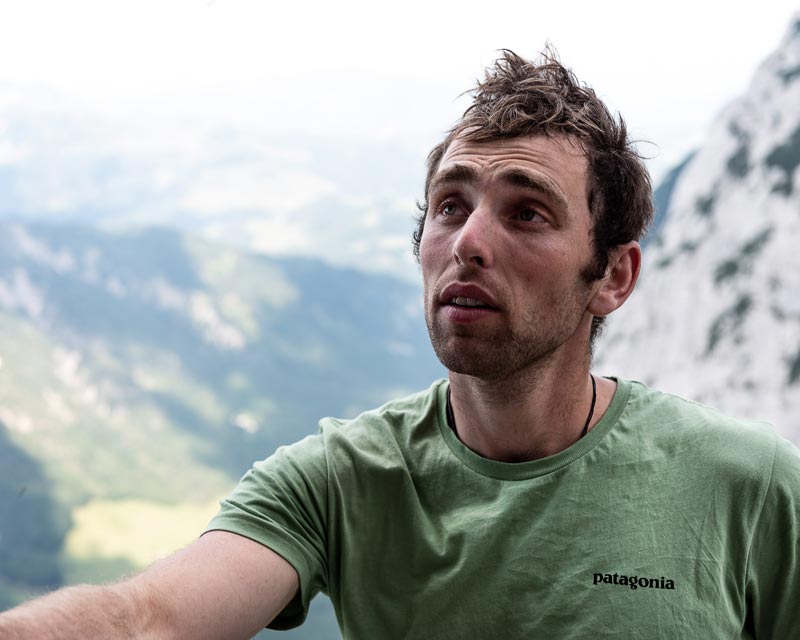 In 2015 he made his first attempt at the trilogy by traveling to the Swiss Ratikon to try ‘Silbergeier’. Robbie made a successful ascent of the route and set in motion a quest 10 years in the making. That same summer, Robbie and his climbing partner Willis Morris from Glasgow, also made history by becoming the youngest team to complete ‘Paciencia’, one of the hardest climbs of the notorious North Face of the Eiger. They also made the first repeat of Scottish climber Dave Macleod’s ‘Project Fear’ in The Dolomites.

Robbie returned two years later in 2017 to  complete both ‘End of Silence’ joined by fellow Scottish climber Calum Cunningham, aged only 19. The two endured difficult conditions, unseasonably hot weather and unpredictable Alpine storms, which threatened their chances. After a failed attempt and an injury sustained, chances were looking slim for the team, but in a last ditch attempt for ‘End of Silence’. Robbie managed to scrape his way up the climb to complete the second of the trilogy. Unfortunately the setbacks on ‘End of Silence’ had pushed the team’s schedule back and any thoughts of making an attempt on the final climb of the trilogy were quickly fading. When they reached ‘Des Kaiser neue Kleider’ short on time and with little hope of a weather window, Robbie decided to wait to return to the Wilder Kaiser another year. Returning to Austria in July this summer, Phillips had one goal in mind, to finish the trilogy. 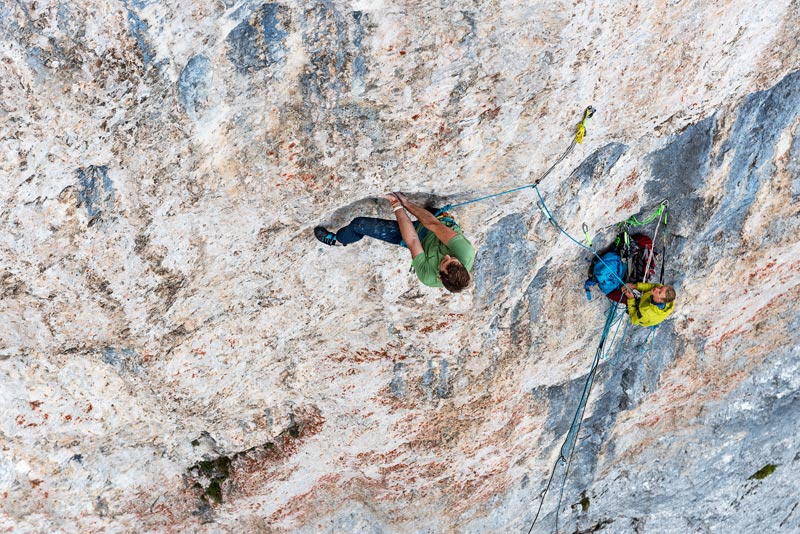 “Even now after a few days since the ascent, the realisation of what I’ve done flits between excitement and surrealness - sometimes I just can’t believe I did it! There was mixed feelings; of course elation at having succeeded in a life goal, but also a sense of deflation, as it was the end of a long process of dedication to training spurred from the desire to complete it.

“Completing the trilogy was extremely challenging for me - I’d say I’ve learned more in attempting them than probably any other climb, and the challenges I’ve faced in overcoming each climb have been significant, for sure they didn’t go down easily.

“Although the Alpine Trilogy was the long-term goal, I took on each climb individually as a goal in itself and I was not in a rush to complete them all. When I did “Silbergeier”, I had only done one Alpine route before, but when I finally went to “Des Kaiser Neue Kleider”, I had already put up Big Wall First Ascents in Patagonia and Madagascar, as well as repeating some of the hardest free climbs on El Capitan and the North Face of the Eiger. Needless to say, I am a different climber now to when I started.

“I climb for the love of it, and irrespective of the success of projects, I’d still be going for them and enjoying the process.”

Robbie is now looking on to new challenges by returning to Yosemite this autumn to complete his fourth free route on the famous El Capitan. Later in 2020 he plans to set his sights even higher with an attempt of the high altitude ‘Eternal Flame’ on the Trango Towers in Pakistan.

MyOutdoors @MyOutdoors
RT @BritishCanoeing: The new #ClearAccessClearWaters website is here! 🤩📢 Sign our petition! 📢🤩 It will take no more than 2 minutes but h…

MyOutdoors @MyOutdoors
@thismorning @blacks_online It was probably caused by generations of Labour voters turning in their graves.