What makes it possible for the human mind able to view past memories and forget the pain of the cold and temporal feelings of sadness and make homesickness fade?

Jessie Leong writes about the fragility and fear of loss, the beauty found in the shared moments, and the power of reminiscence returning back to Iceland as a seasonal worker in a time prior to the global-lockdown. 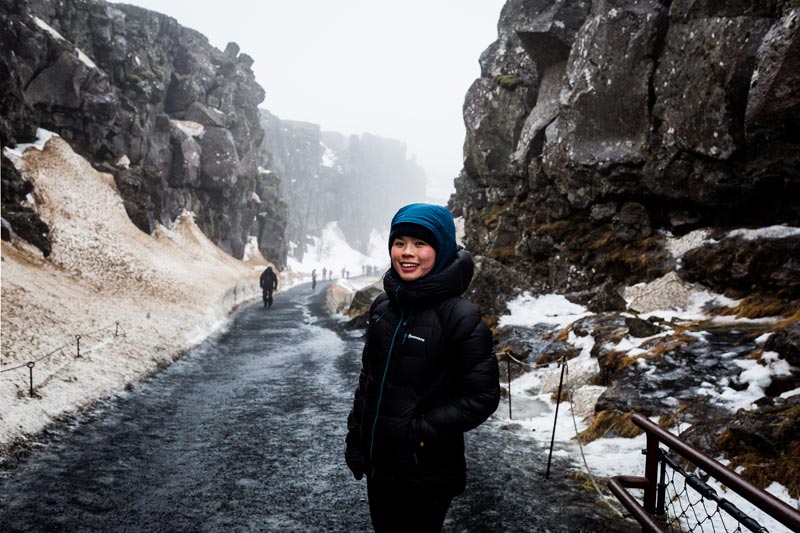 The sunlight warmed the side of my face, hinting it was perhaps much earlier in the day then my body was used to.

The view that I remember – the one that leaves me with my eyes wide, my heart yearning  – is the view that I never tired of. It’s the Langjökull glacier, a horizontal band of the snow-topped ice cap that resembles the smoothest white soft scoop ice cream on the furthermost horizon. It’s a view, which reveals itself as soon as the car pulls onto the familiar swooping roads of the Route 37 road, otherwise known as The Golden Circle route. But it’s the view of the jagged, tooth like mountains – a cluster of peaks formed by volcanic fissures after the last ice age- that capture my imagination, which resemble a line peak a line of oddly shaped hats perched on a mantelpiece. For the past five months, this alive, ever-changing landscape is a place that plays out emotions, as raw and as unstable as the crumbly rocks that rolled down the slope when the snow started to melt. 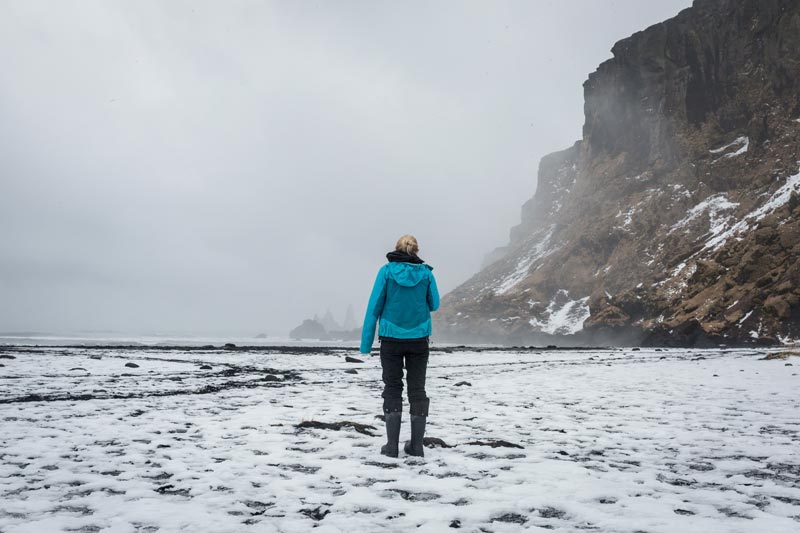 Working and living abroad in Iceland had provided a bolthole on an island that prided itself on isolation, to run away from and escape back to.  During winter I fretted about the constant darkness, social media reminding me of moments that I had missed out on, the loneliness of limited companionship being around anyone other than my colleagues, who I lived and worked with all day - every day. Family members had developed illnesses, conditions that threatened to engulf me, and the fear of their loss was magnified by the landscape I was in. At times, the awareness that this was taking place, without my control, seemed as sharp to me as looking directly up steep-sided slope of the back of the Jarlhettur mountain, with bonded wind slab threatening to give way and collapse on-top of a small ice-cave perched directly below the mountain. The mountain must one day cave in, and send its snow hurtling down its slopes, a fearsome roar that for now has to be suppressed and controlled. Like the Icelandic storms, these feelings passed and calm soon ensued – and it was important to remember that for now there wasn’t much I could do about it. 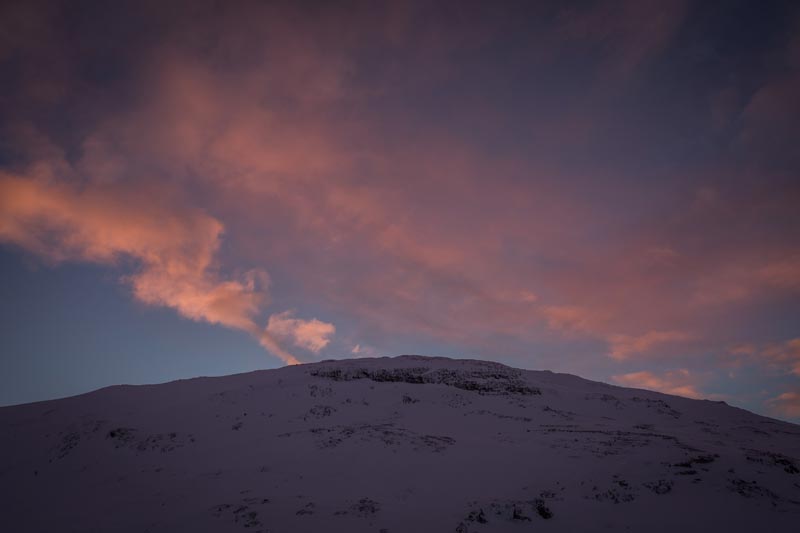 Two hours of sleep had previously passed earlier that night in a friend’s spare bedroom in Stockport, before being abruptly awoken to the loud whirring and clicking sound of a boiler in the middle of the night. Leaving the house in the depths of the night, I scrabbled through my bag, making sure the lanyard with the spare house-key had been safely deposited through the letterbox. There was a low buzz of excitement of being up so early; 03.15am read the rental car’s interior clock. The only reason why anyone would be up at this hour would be to get a flight or return stumbling home from a night out with cheesy chips in greasy paper. Patting down the items in my bag and checking I had everything I needed – passport, wallet, headphones, a single 30l bag already stowed away in the boot.  The rear view mirror depicted a picture of a terrace house world packed with people deep in slumber and florescent lighting colouring the sky orange- that already seemed too small, and distant. It was onwards to a vast, sparsely populated, barren landscape , peppered with ash fields and snow that formed  Iceland. 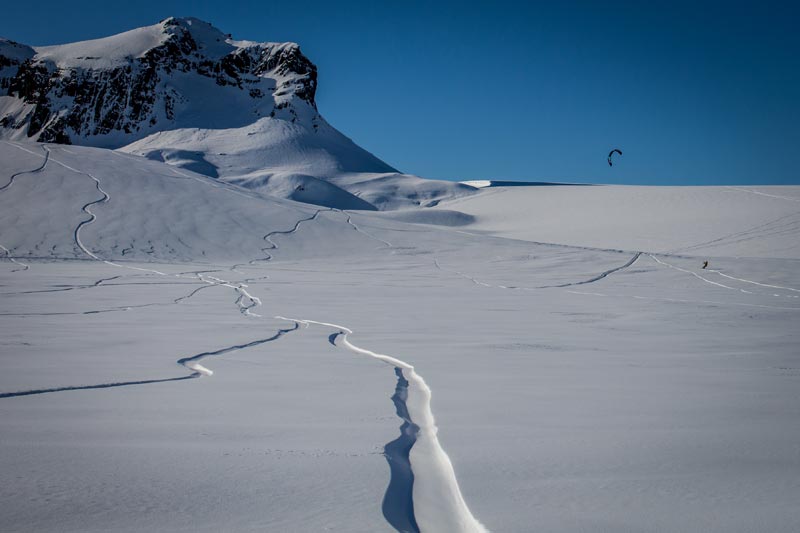 It was early March time in Iceland, and the long nights were briskly being whisked away by rapidly advancing, lighter mornings with dazzling light, reflected off the huge piles of snow that had started to pile up around the city. My friend Kaia – was a whirl of feminine energy, hair artfully scooped up into a messy bun, big black glossy resin earrings glinting in the mellow sunshine. She picked me up from the BSÍ bus terminal and chattered away, asking me about how my flight was and did I have any news of the outside world. The pandemic was still a distant news story spoken in hushed tones, creep into consciousness like a damp cloth soaking up a spilt drink.  My brain slowly tried to unscramble itself from the whirl of activity that involved travelling back to Iceland that afternoon. All I could manage was a mumbled reply back, my mind chugging slowly, arriving and planning.  She shot me a look and suggested that I come back to hers and have an herbal tea and shower and did I want to maybe have a little wander into town later? 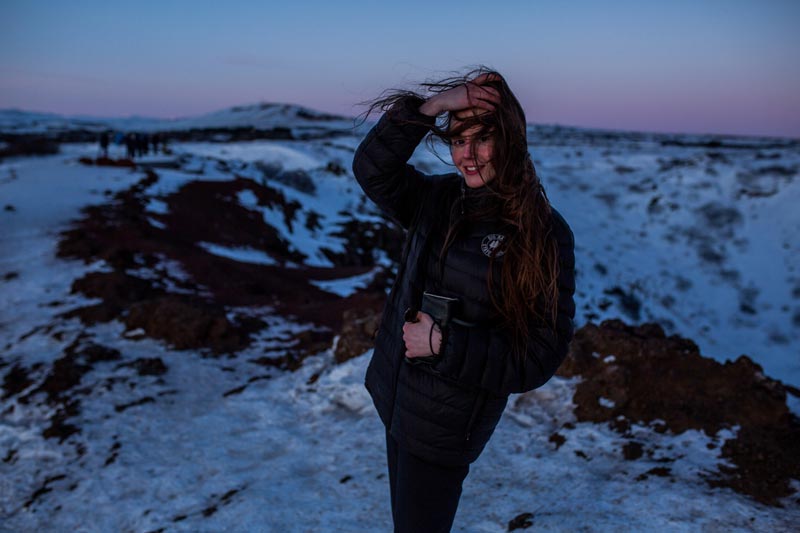 A day of city culture, which involves some healthy-looking eggs and spinach balanced on a perfectly toasted sourdough bread and fizzy, boozy kombucha - is equalled out with a sugar crusted, freshly baked donut, its swirly ridged edges dusting my legs and Kaia’s car seat in cinnamon.

On our way back from the city, little do we know at the time that it will be our last journey before the global pandemic hits. Working as a seasonal worker in a foreign country means the day to day is often punctuated with moments of adrenaline against a low level of anxiety. It was the rest days – for my mind and body to reset, and so our rest day had been about satiating the rumbling cravings for civilisation. The bright florescent lights of Reykjavik’s supermarkets, loaded shopping trolleys which contrast to our healthy weekend fare – fizzy cans of Icelandic spring water, caffeine-fuelled energy drinks (‘Noccos’) that Icelanders guzzle every morning, bright, multi-coloured Instant noodle pots stocked up for the working week ahead. 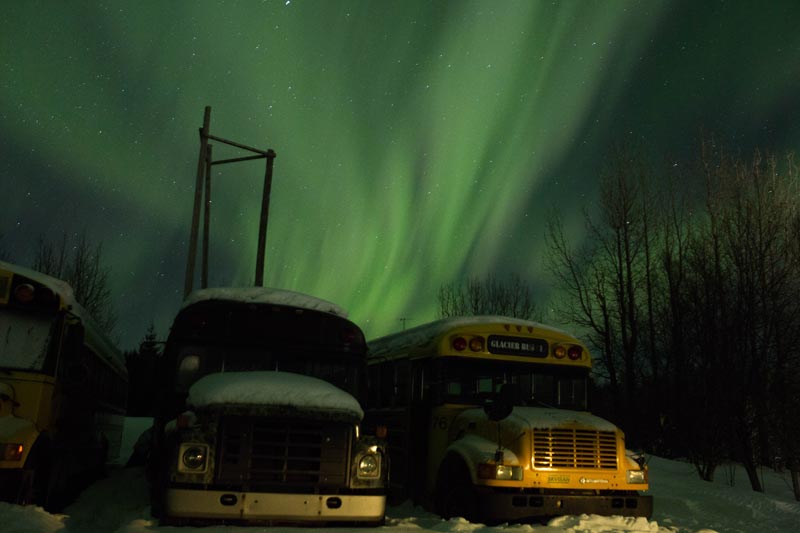 We drove back, the volcanic crater of Kerið tempting a roadside stop. I waved to Kaia to pull over as soon as we see the familiar knot symbol, a sign of Icelandic tourism signifying a beautiful, natural landmark.  Stepping out of the car, the bitter wind from the north forces expletives from our mouths, our ears were tinged red with the extremity of skin being exposed to arctic winds. We trampled up the path quickly, took some photographs before hurtling back towards the car, desperately tucking frostbitten fingers into our pockets. 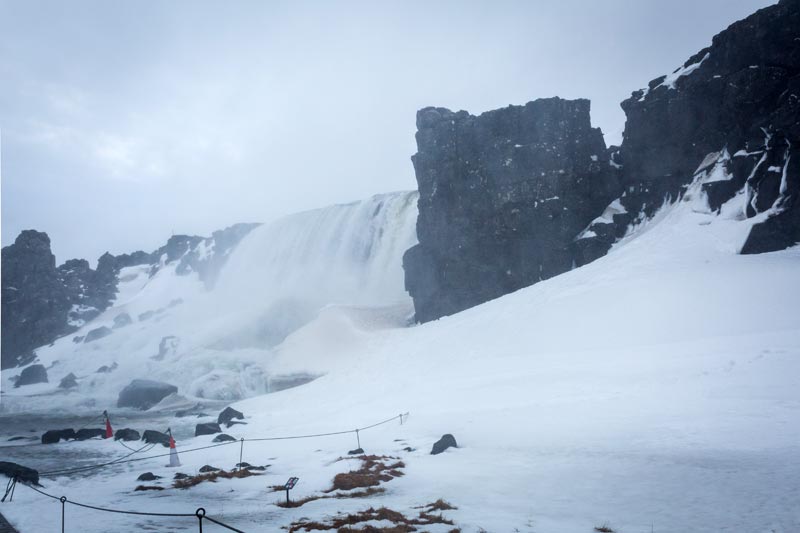 On this particular evening drive, the evening sky was vast – the sun took it time, turning the sky from a bluebird blue to a dusky pink before lighting the mountains in pink. We sped through the countryside; my fingers scrolling through Spotify playlists that no longer feel appropriate. There are only so many moments when one can listen to songs about being in the dark… so we played a mixture of songs that lift our spirits, road trip songwriters are blasted through Kaia’s borrowed car, their honeyed voices a perfect audio accompaniment for our souls soaring along the empty rural roads. 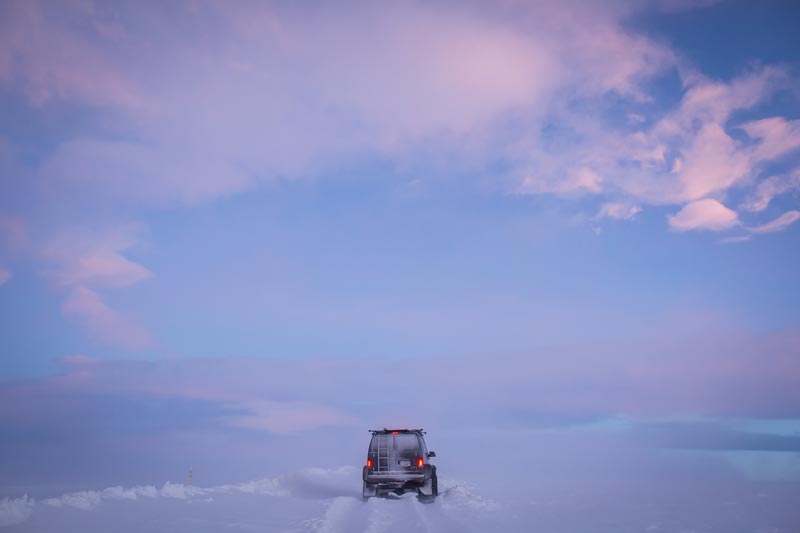 The panorama of the Icelandic landscape opened itself up, the look of tiny, squashed volcanic Tufa peaks resembling flattened iced cakes have a way of looking utterly gorgeous. Alight with the alpenglow - the light from a long, slow moving sunset, I leaned my forehead against the window, and tried to lock in this view of the mountains, the sky, the glacier, the unique way the world looks when looked through the lenses of a pair of polarised sunglasses. This - the very feeling that tempted me in late September to come back to Iceland and see for myself what winter really was like, feels suddenly precious to me – and I forget the worries that comes with the feelings of going back to work the next day. For now, I chose to remember the mountains in that light, the way the gravel roads are filled into snow up to the rim of the tyres, and the narrow, creaking frame of the white bridge as we crossed over the river to the remote farmstead of the staff accommodation. 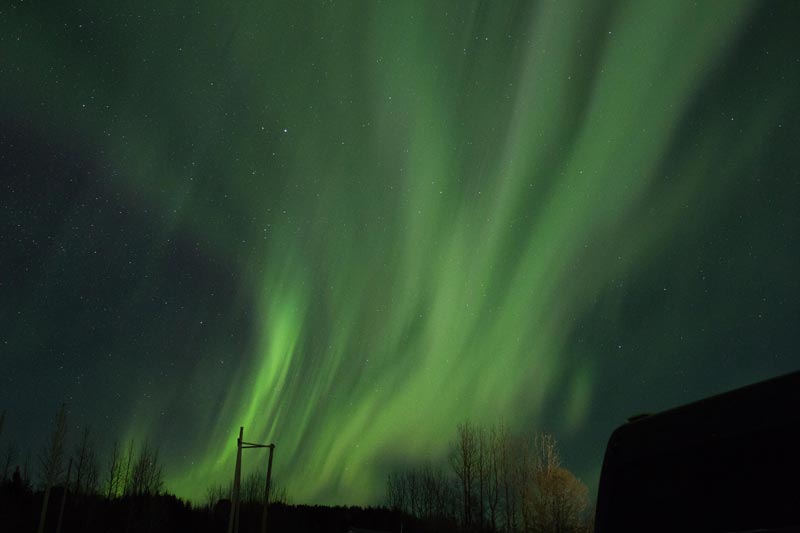 The gravel roads are usually covered in varying levels of snow, and change in accessibility on a daily basis - but for the return drive home, the 4WD of the car kicks in and it rolls over the soft snow with ease, the corrugated iron accommodation of the farmstead comes into windscreen view. Another working week ahead lies ahead of us, interrupted as of yet by the global pandemic. 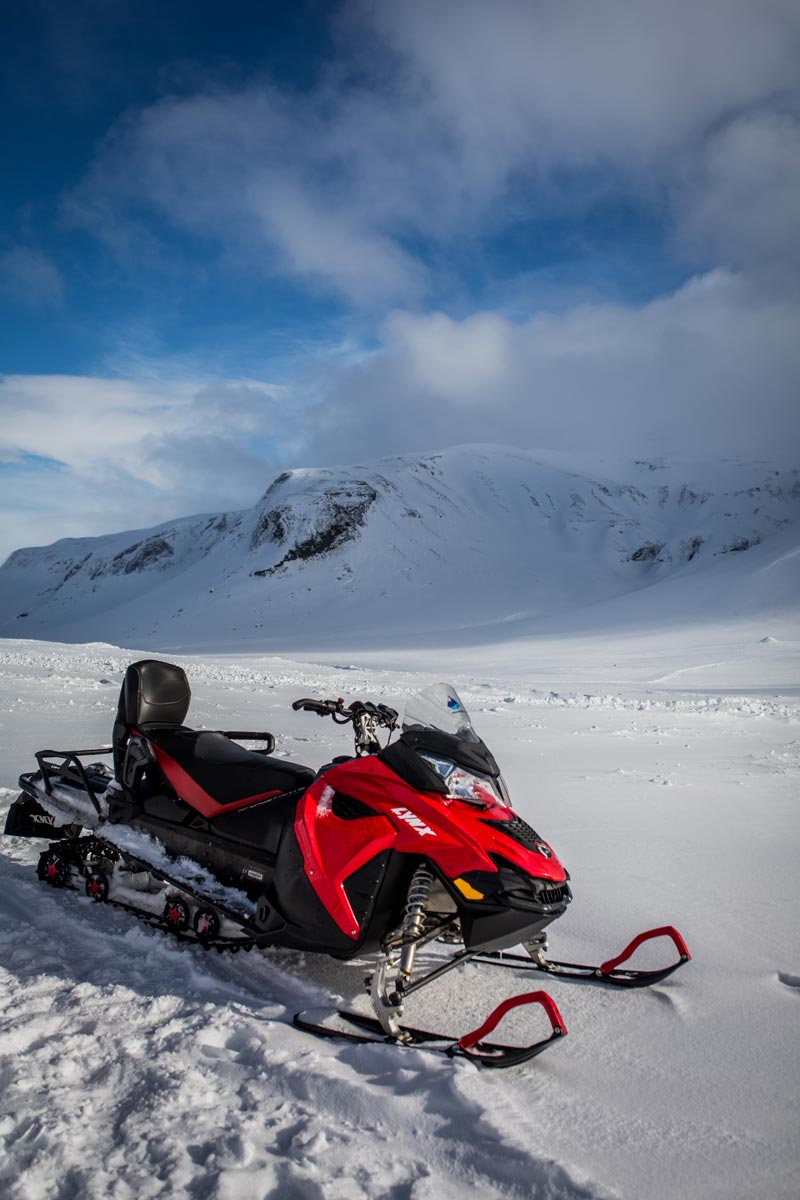 The cyclical nature of working seasonally may have worn off in novelty, but for one blissful return drive back from the city, it’s a rose-tinted view of a way of life, living out of a bag, chasing dreams of long hours on our payslips and of future cinnamon- frosted donuts. It’s possible to forget the more painful moments, of being away from home, and the ache of fatigue creeping through my body and into my joints.

More in this category: « Introducing Celtic Routes aimed at bringing Celtic culture, spirit and soul to a new audience. Wilderness, wildlife and weapons. Walking the Falkland Islands »
back to top