Huw Oliver and his partner Annie are outdoor educators who were prepared to put their own teaching into practice. Having been on expeditions in Nepal, Patagonia and Iceland, they decided to spend their Easter fatbiking above the Arctic Circle in the northern tip of Sweden.

It was a trip which satisfied their craving for extreme winter adventures and tested everything they know about dealing with the outdoors. Huw spoke to us about making the best of the harsh Arctic winter in his story;  “Lemonade in Lapland”. 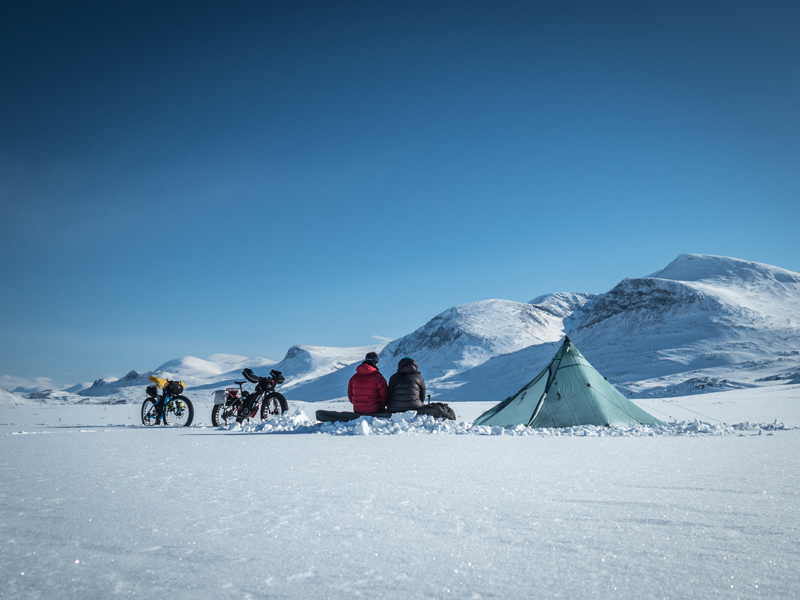 A winter bike trip to the Arctic Circle is an incredibly adventurous thing to attempt. What inspired you to tackle such an adventurous expedition? Have you always enjoyed doing expeditions like this?

As a child, I was always adventurous and curious about the outdoors. My best childhood memories involved outdoor adventures. When I was 4 or 5, my dad took me up Blencathra, which is the first big fell that you come across when you are approaching the Lake District from Northumberland in the east. I can still remember the smell of the tent nylon, the feel of the sleeping bag and the exhilaration of seemingly being on top of the world. Experiences like that still shape my priorities today as I am restless to experience more extreme climates and adventures off the beaten track.  The lure of an extreme adventure in the “proper” winter of the north was too much to resist. Scandinavian culture has permeated through into Scottish culture so we had heard a lot about the “proper” winters which you find in Scandinavia. We wanted to know what the fuss was about! Fortunately, fatbikes allow you to traverse through snow quite effectively and it is such a liberating way of exploring. 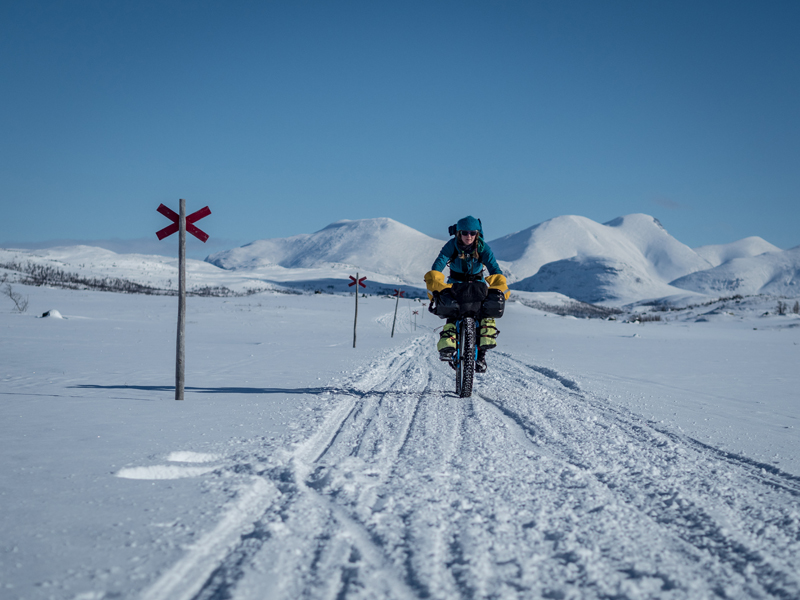 Many people are not so familiar with fatbiking. Can you explain why you chose fatbiking and what you enjoy about it?

Fatbikes allow you to ride at any time of the year, making them perfect for adventures in extreme conditions. If you ask any cycle tourer what they do, before long they will mention “freedom” and I am no exception. There is no bike though which gives you more freedom than a fatbike, as you ride unbound by the confines of a trail and can access parts of the world that truly capture the imagination. A lot of people said we were crazy or were just confused that we chose to go fatbiking above the Arctic Circle, but once they realised we could move as fast as skis, they thought it was a pretty amazing idea for an adventure. 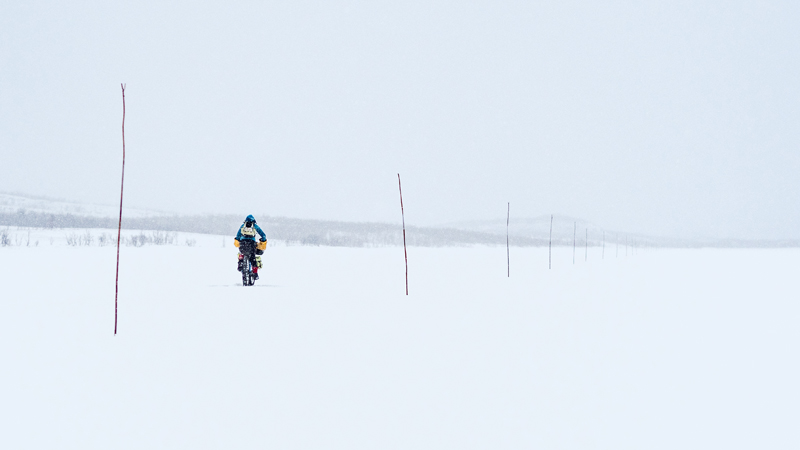 You followed quite a well-known trail across the Swedish/ Norwegian border. Can you tell us more about that?

The trail we followed is called the Kungsleden, or ‘King’s Trail’. It runs between the Sami villages of Abisko and Kvikkjokk in Swedish Lapland and is travelled in both summer and winter. The route climbs from Tornetrask lake into the hills and heads south through some enormous glacial valleys. If you’ve ever been hiking in the Cairngorms in Scotland then the landscape would feel familiar, although everything felt three or four times the size. 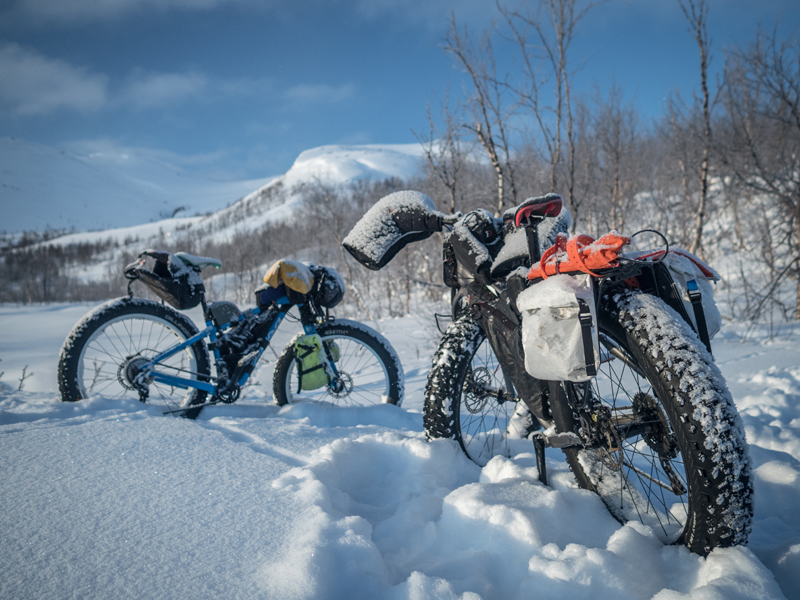 How do you plan for an expedition like this?

We spent a lot of time trawling through everything we could find on Google. We used image searches, blogs, obscure ski club journals and anywhere else where we could find key information.  As incredible as fatbikes are, they require more specific conditions than skis in order to be useful. So, the transient nature of winter trails made the research a bit harder. However, the network of trails gave us the conditions we needed. Once we found these trails, it was the familiar job of working out distances, elevations and bailout options. Essentially, planning a self-supported expedition boils down to four things; getting there, fuel, food and water. It also makes things easier when you carry everything with you because you are not tied to an itinerary. 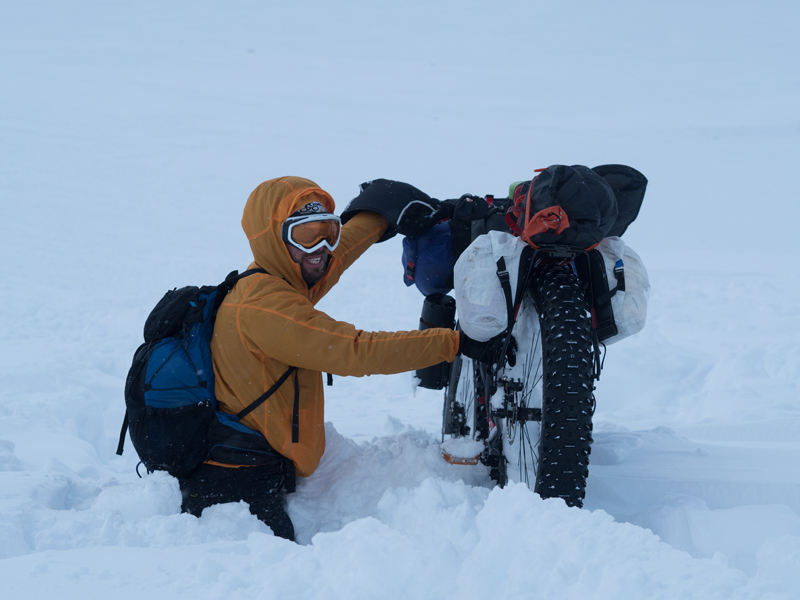 Camping in such extreme cold must have been pretty demanding. How did you deal with the harsh conditions?

We’re both used to winter camping in Scotland, but it was much harsher in Lapland. We had to sleep inside ‘vapour barrier’ liners in our sleeping bags, which prevent water vapour produced by your body from condensing and then freezing. We did the same with barrier socks to prevent our boots from getting wet from sweaty feet. The low point of every day though was getting out of the sleeping bag to put the stove on and putting on freezing cold boots! Such harsh conditions can have an impact on your mindset and can cause tensions to rise. Once we understood our limitations though, we felt more comfortable and stopped snapping at each other. 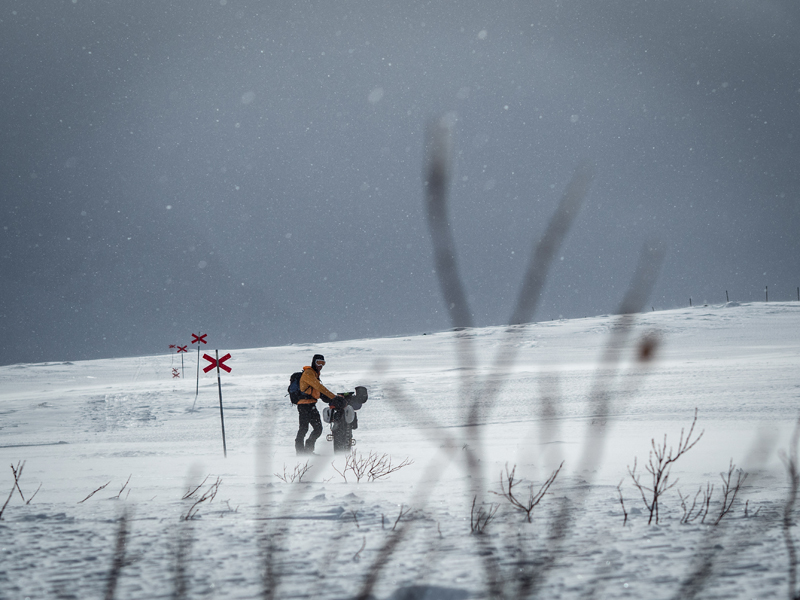 How important do you think mentality is as a factor in expeditions of this scale?

Mentality is a huge factor. It goes without saying that experience, preparation and decision-making skills are crucial, but your mentality is the medium by which all those things are applied. A mentality of optimism and open-mindedness is probably the thing that got you there, past the doubts, uncertainties and setbacks that are part and parcel of any big trip away. It's also my mentality and resilience that benefit me the most in the aftermath. Coming back to smaller-scale adventures in the UK felt like a breeze on the back of our experience in Sweden. If adventure is all about uncertainty, then it’s your mentality that has the power to turn that uncertainty into a positive or a negative. Equipment and knowledge might keep you safe in a given situation, but it's your mentality that can allow you to enjoy being there in the first place. 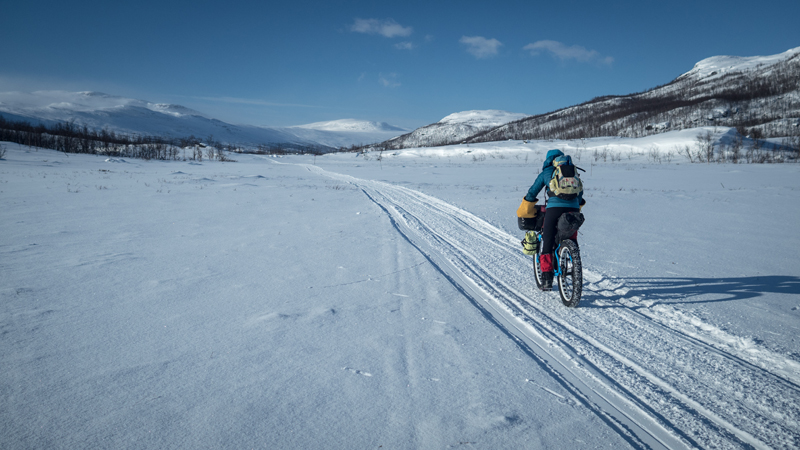 Would you say that a stronger mentality and increasing resilience are the main benefits of being outdoors in general or does that only apply to expeditions like yours?

I think the benefits of doing these things are the same ones that I’m trying to communicate to the kids I meet as an outdoor educator- they’re real, and they’re long lasting. Whether, you’re going for a day out on the hill or a month-long expedition, by pushing ourselves further, we come to realise what we are capable of and we grow as people. It is only when presented with lemons that we find out whether or not we want to make lemonade. I know that sounds cheesy but I see it every day at work. 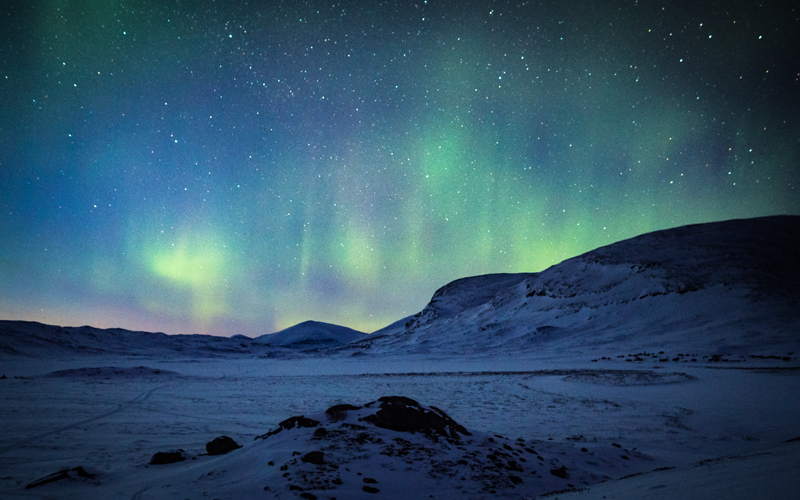 What advice would you give, to someone who wants to undertake tougher expeditions like you’ve done?

Find something that catches your imagination. Once you have that initial spark, the imagination and determination should take you the rest of the way. That spark might be a photo which caught your eye, an exotic place name or something more personal, but you’ll know when you find it. If you follow the spark deeply, you’ll likely find an adventure of your own.

More in this category: « Getting Muddy and Dirty Has Never Been This Good Innsbruck Tourism combine with Alpine School to offer new self-guided or guided 7 day trek »
back to top